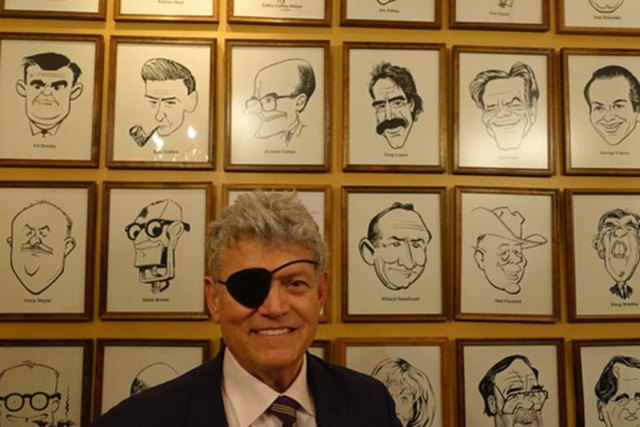 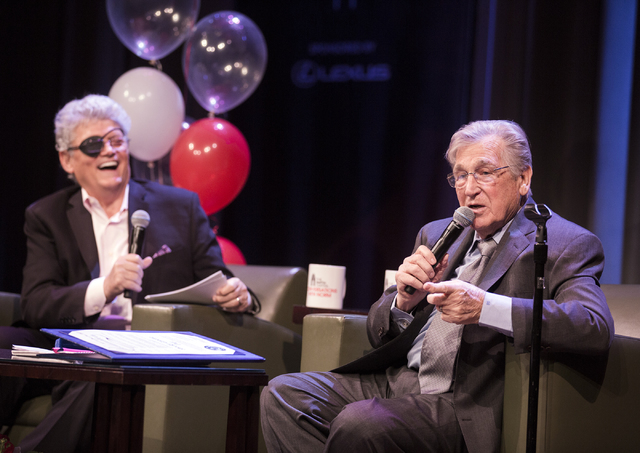 I submitted my resignation to the Las Vegas Review-Journal this week, after a 17-year run as man-about-town/gossip columnist.

When my deadlines changed in recent months from 8 p.m., to 5:30 p.m. to 4 p.m, meaning it would require all seven days to keep feeding the monster, I knew, in all honesty, that I didn’t have the energy to continue that pace.

Time with my amazing, life-changing wife, Cara, and our two pups, Rumor and Scandal, became ever more precious.

I recently came back from a seven-week medical leave feeling re-energized, but I couldn’t shake the realization that my priorities had changed: Family and friends were more important than ever. So was whatever time I have left. Years, I hope.

Journalistically, nothing has meant more to me than getting to work these last 17 years with my brother, RJ photographer Jeff Scheid. His story ideas based on his nearly 40 years here made me look better than I deserved.

I am deeply indebted to former RJ publisher Sherm Frederick for entrusting me to write a column that reflected this exciting city. Sherm was very clear on what he expected: Own the biggest entertainment stories in this city.

That’s for others to decide, but my proudest stories would include breaking Britney Spear’s quickie wedding, running the first hint that Celine Dion was moving here when I published a sighting of her checking out a dream home here; Michael Jackson’s stunning Christmas Eve arrival here in 2006, ending his self-exile overseas. When rumors flew in April 2014 that Steve Wynn and George Clooney had an epic blowup at Wynn’s Botaro steakhouse, both provided their sides of the no-holds-barred story to me.

On June 14, 2009, I reported: “The ambitious comeback planned for Michael Jackson is on shaky legs. So many doubts have surfaced, I hear, about Jackson’s health that you can expect to hear any day now that that 50-day London-based concert schedule will be scaled back to 15.” A competitor of mine attempted to knock it down, assuring everyone, through a “reliable’ source, that everything was fine. On June 25, Jackson died.

That same year, two days before Thanksgiving, I offered this teaser in The Scene and Heard section of my column: “A jaw-dropping celebrity scandal is on the brink of going public.” I had been tipped that the Tiger Woods’ infidelity story was heading for print. The RJ allowed me to run the blurb, but not Tiger’s name, over legal concerns.

Many thanks to my colleagues on the Review-Journal’s copy desk who squeezed my late-night tidbits into the column and saved my bacon, on many occasions, from the Typo Hall of Shame. There’s no better example than the night, in a rush, I referred to Palms Hotel owner George Maloof as “Galoof Maloof.” That’s not as bad as the time at the Rocky Mountain News when I referred to the Colorado Rockies public address announcer as the “pubic address announcer.” I caught a lot of L over that.

There’s no question I’m going to miss covering the incredible people I got to meet. I’m grateful for their friendships and being part of the best job I ever had.

Thanks to my colleagues, the PR community and, you, dear readers, for your support. I appreciate the RJ’s patience when I needed time off to recover. I wish the RJ every success.

I love this city and look forward to sharing my career experiences in other projects I’ve been involved with. Public speaking has long been a passion. I’ve spent a lifetime telling stories, some about my favorite celebrities, others about the most inspirational people I’ve met. That won’t stop.

All the best, Norm 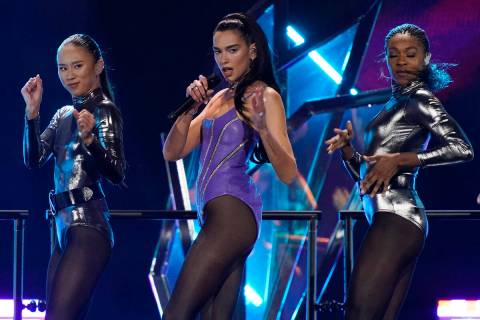