Jen Taylor may not be a household name, but chances are you’d recognize her voice. The theater and voice actor has voiced some of gaming’s most iconic characters, including Princess Peach from the Mario series and Cortana from the Halo series, and the personal assistant on Windows 10. But voice acting wasn’t what she set out to do. It happened by necessity.

“It’s really hard to make any kind of living as a theater actor, especially in a town like Seattle,” Taylor said. “I had a friend who said, ‘I think you have a really great voice for voice-overs and radio.’ I thought it was something else I could use my training for. I really and truly just stumbled into it.”

“In theater, you use your entire body,” Taylor said. “You use everything that you have. Whereas using your voice, you have less tools, in my opinion. That’s the challenge.”

It wasn’t long until Taylor started to make her mark in the video game world, voicing Princess Peach in multiple games from 1999 to 2007.

“I’d come away thinking, this is my job?” Taylor said. “I get paid to make funny noises? This is awesome. I have won the championship of life. It was so fun.”

In 2001, Taylor voiced the character of Cortana in Halo: Combat Evolved. The role proved to be bigger than she could have imagined.

“The things I remember them saying at the time was that ‘She’s the girl next door,’ ” Taylor said. “ ‘We need her to be extremely relatable. We want people to easily connect to this woman, to this voice. It’s not sexy; we just want her to be your buddy. She’ll be talking a lot, so she needs to be easy to listen to, and we want her to be vaguely European.’ That began a very long relationship with those fellows.”

The series has spanned multiple games since then. The latest game in the series, Halo Infinite, will release in 2021. And while Taylor can’t share many details, she’s eager to see what fans think of where Cortana goes next.

“I want to do justice to this character, to this story and to the fans that love it,” Taylor said. “I’m excited about Halo Infinite. I’m really interested to see the response.”

But Cortana may also be just as famous as the personal assistant on the Windows 10 platform, though Taylor has never tried using it herself.

“It’s too creepy,” she said, laughing. “My husband thinks it’s hilarious, and he’ll make me sing songs and tell jokes.”

While Cortana has become ubiquitous as Windows 10’s assistant, creating the lines was a marathon job, Taylor said.

“I think in the beginning they were just using Cortana as a sort of filler,” Taylor said. “I think it was because of Cortana’s association with Microsoft and they didn’t have anything else. But then it became, ‘Could we make this work?’ It’s been hours and hours and hours of work to make that happen. It’s a lot of repetition and a lot of text and figuring out how do you make that sound interesting.”

Voice acting may not have been what she set out to do, but Taylor doesn’t take anything for granted. In fact, she’s grown to love voice acting for providing freedom she might not otherwise get as an actor.

“It’s incredibly freeing, because I can be anything,” Taylor said. “That is a gift.”

5
CCSD not considering return to classrooms in October

Known as a sturdy concert venue with good bones, the rock hall will have a new name and is undergoing a $7 million face lift.

Majestic Repertory Theatre’s drive-in performance is free — with the purchase of a limited-edition air freshener. 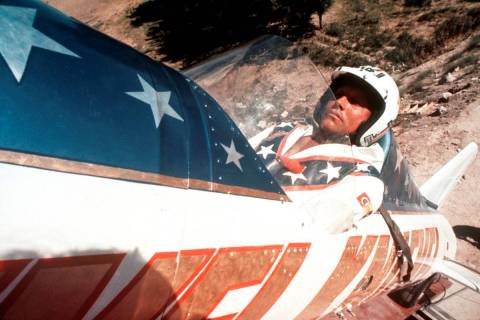 Evel Knievel’s son is suing the Walt Disney Co., arguing that it knocked off his dad’s famous daredevil persona in “Toy Story 4.” 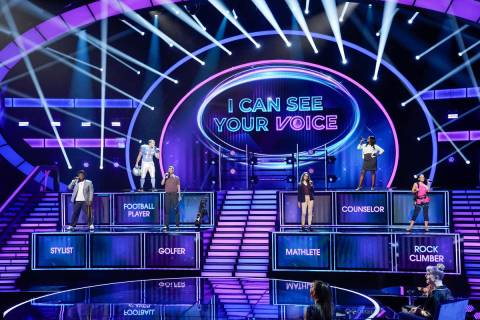 Jamie Hosmer was not referred to by name, but instead as The Golfer on “I Can See Your Voice.”

Lucky Day from Corner Bar Management has a unique lighting installation on its ceiling with programmable LEDs that can respond to music.

As Donna Rocker says of Raiders revelry at her bar and restaurant, “Asking people not to cheer during that game would be like asking someone not to scream on a roller coaster.”