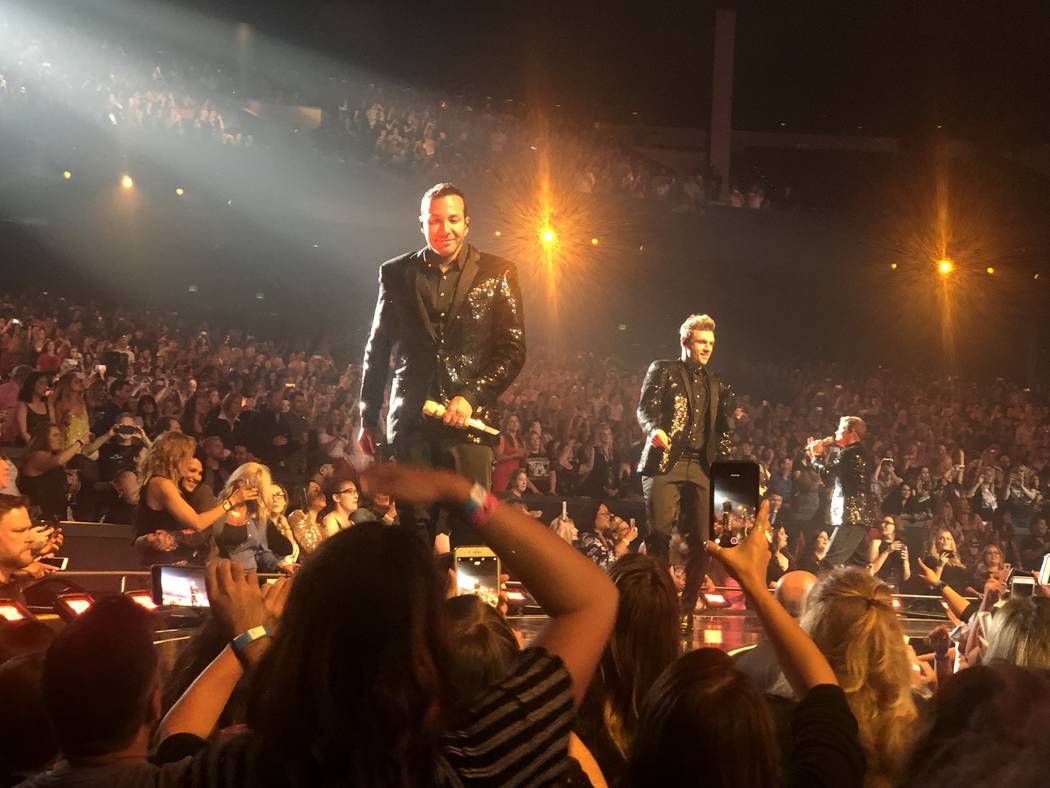 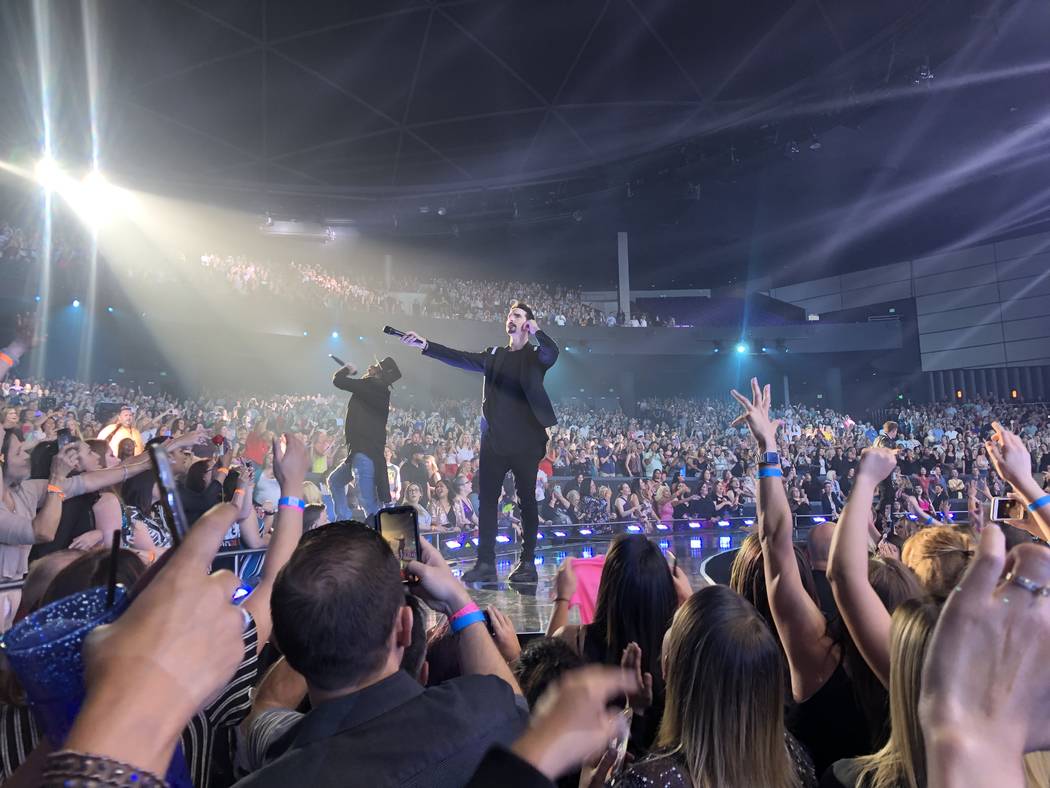 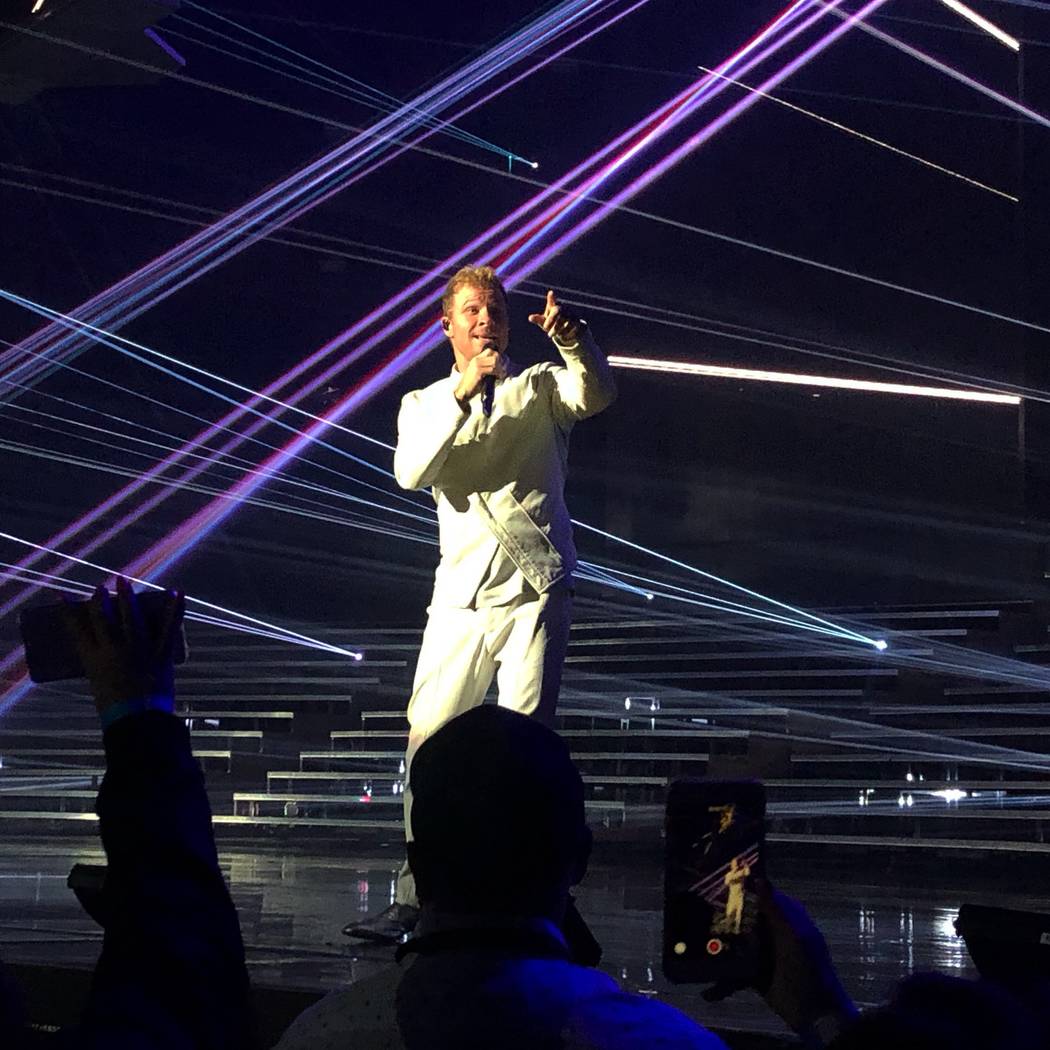 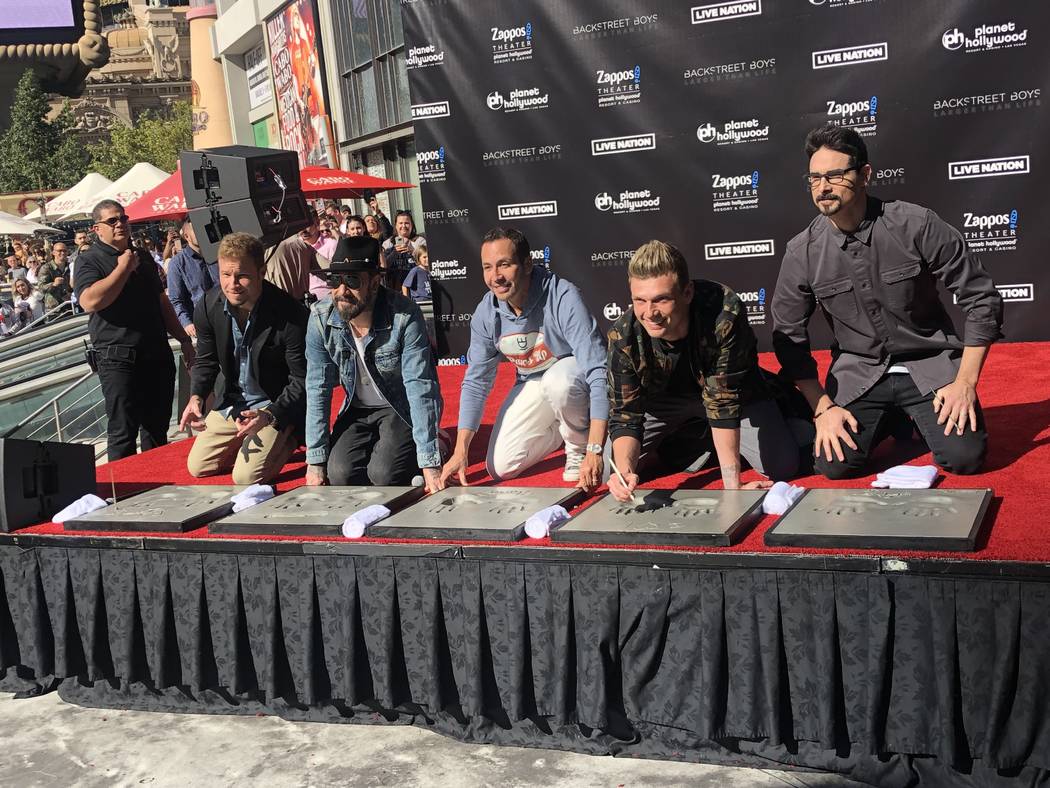 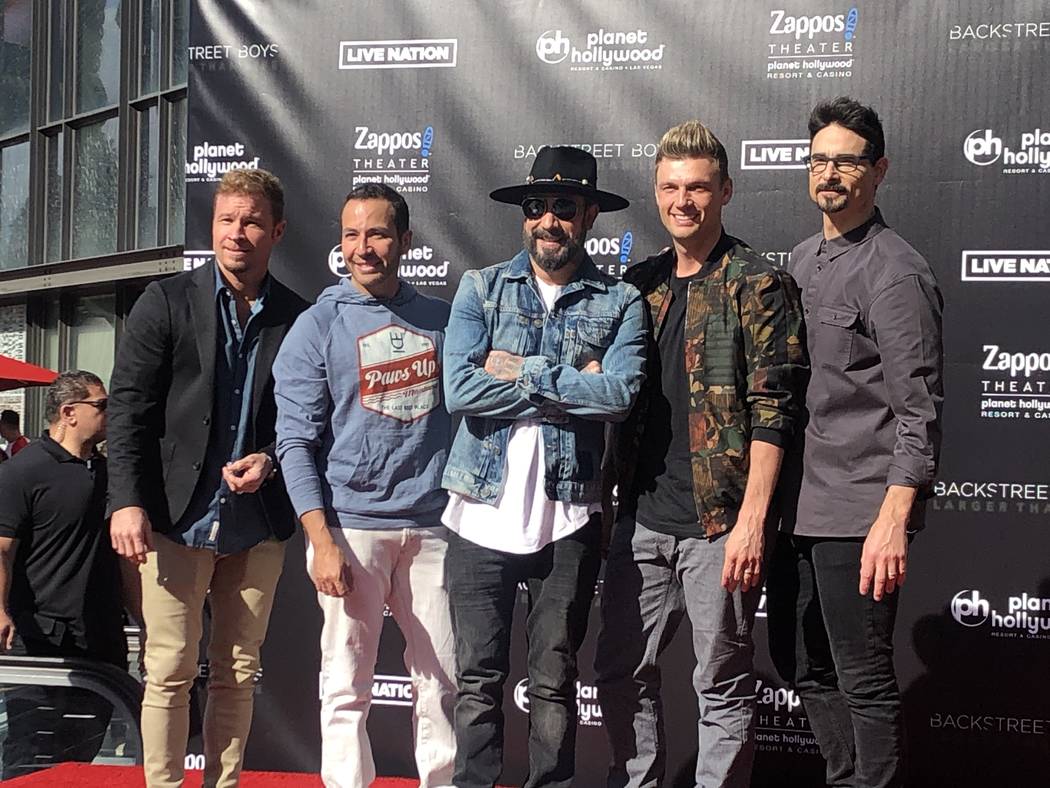 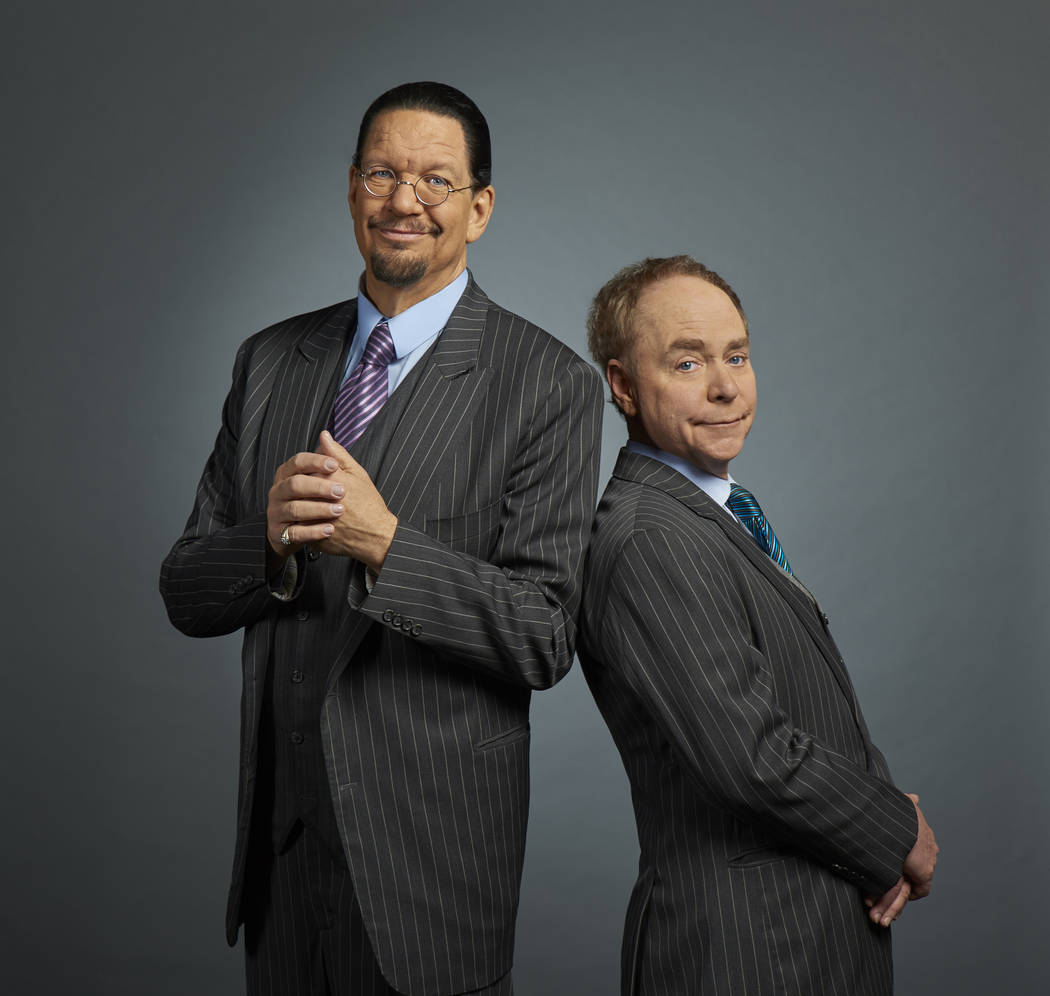 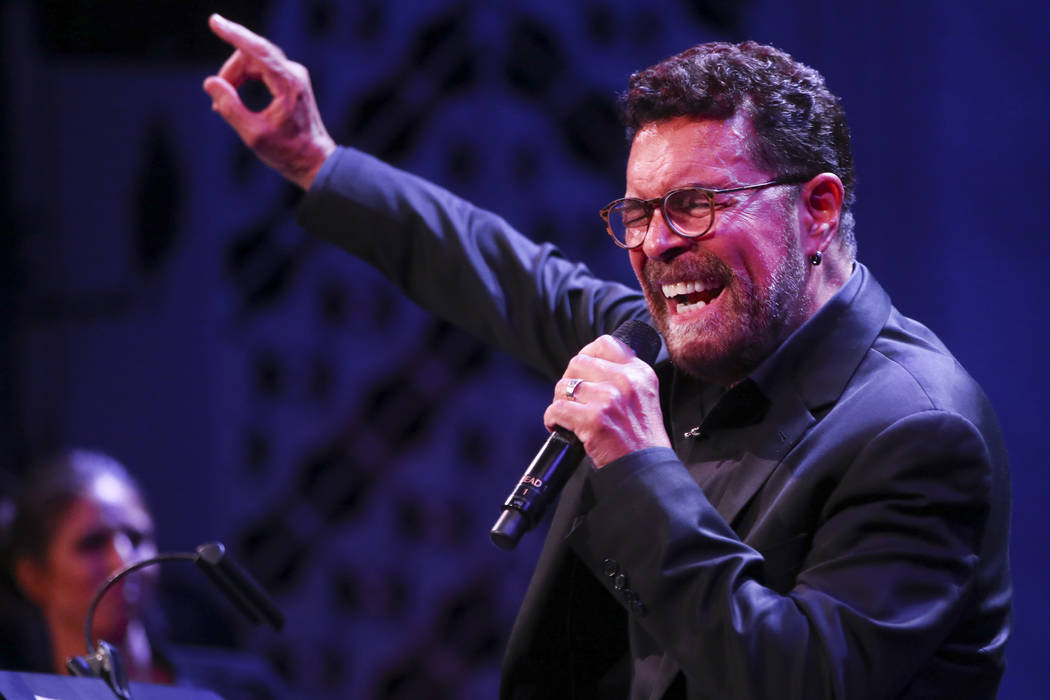 Clint Holmes will perform at Myron’s Cabaret Jazz at The Smith Center for the Performing Arts on Sunday. (Chase Stevens/Las Vegas Review-Journal) @csstevensphoto

Backstreet Boys left Las Vegas in April. Or did they?

The guys are known to be interested in a return residency on the Strip after their “DNA” North American tour closes in November.

Tickets are on sale at axs.com. Separate tickets for the Daytime Stage at Las Vegas Festival Grounds on Sept. 21, headlined by Billie Eilish, Maren Morris and Juice Wrld, are on sale at Ticketmaster.com.

Holmes back at Smith Center

The man who opened Cabaret Jazz seven years ago is returning for two shows Saturday. Clint Holmes, along with Billie Stritch, present “Straighten Up and fly Right,” a tribute to Nat King Cole at 3 p.m. and 7 p.m. Saturday.

The piano great Stritch has worked for years with Liza Minnelli, among other stage greats.

Holmes broke the seal on what is now Myron’s Cabaret Jazz in March 2012 and ran a monthly residency at the club for four years.

Stritch is also back at Cab Jazz on July 26, as music director for Jim Caruso’s “Cast Party.” This is Caruso’s Las Vegas outpost for his popular open mic/variety show/parlor party he’s hosted at Birdland in New York for 17 years. Caruso brings up singers, musicians, the occasional tap-dancer and is forever searching for an entertainer in the “ventriloquial arts.”

Count comic great Jimmie Walker among those paying tribute to Pat Cooper at Cooper’s 90th birthday party at Italian American Club on Sunday. Somehow the famed cast member of the 1970s sitcom”Good Times” escaped my gaze. Walker and Cooper have been close for years.

It took some 58 years, but Tony Bennett’s career has moved from the Venetian Room to The Venetian.

Vinny Guadagnino of “Jersey Shore” and “Double Shot at Love” in a shower at the Rio.

“Vinny G.,” who made the keto guido diet a social-media and wellness sensation, is back with the Chippendales gents from July 26-Sept. 1. A selling point is Guadagnino’s shower scene, in which he is actually in the buff-o but(t) with his back to the audience. Guadagnino’s box-office impact is comparable to that of super model and actor Tyson Beckford, who also performed that scene. And it’s a scene, trust me. Bedlam ensues.

Keeping an eye on the latest business to open at Neonopolis: Cat’s Meow karaoke club, upstairs from Heart Attack Grill (somehow this pairing seems appropriate), is open full-force this weekend. The club has been an institution in the French Quarter for the past 30 years, which does not guarantee success on the corner of Fremont Street and Las Vegas Boulevard.

But the Meow locale should be the best-in-class venue for karaoke, with advanced sound and lighting and a livestream of performers. The club’s balcony overlooks Las Vegas Boulevard and Fourth Street, so would-be singing sensations can serenade the unexpected. This might be the spot where we see Neonopolis owner Rohit Joshi actually perform karaoke in public — on the wish list for years.