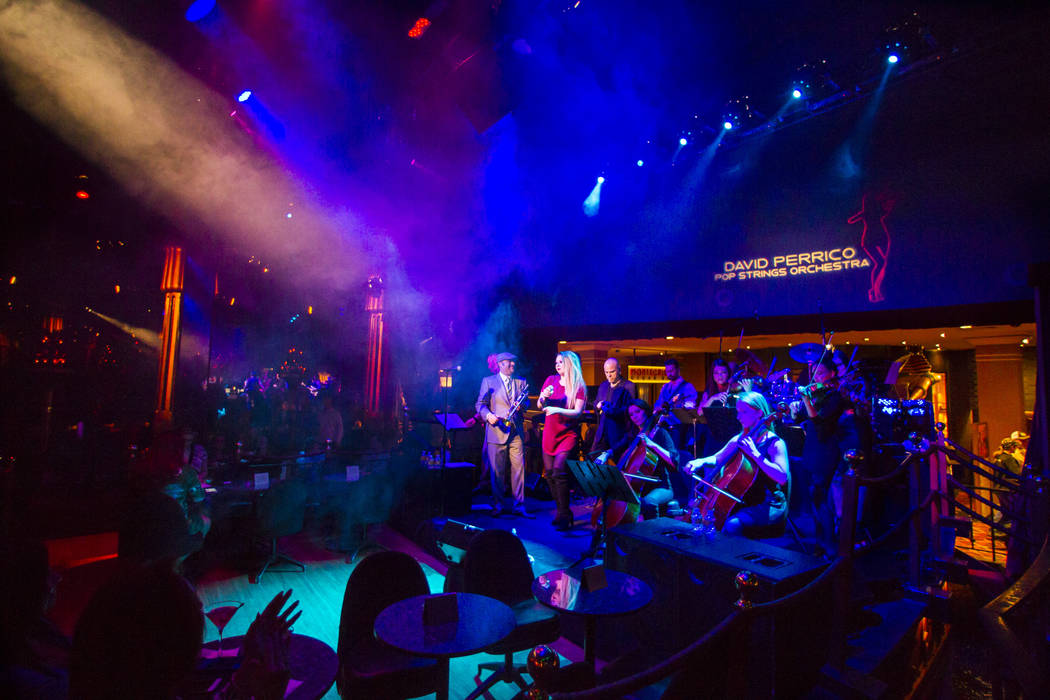 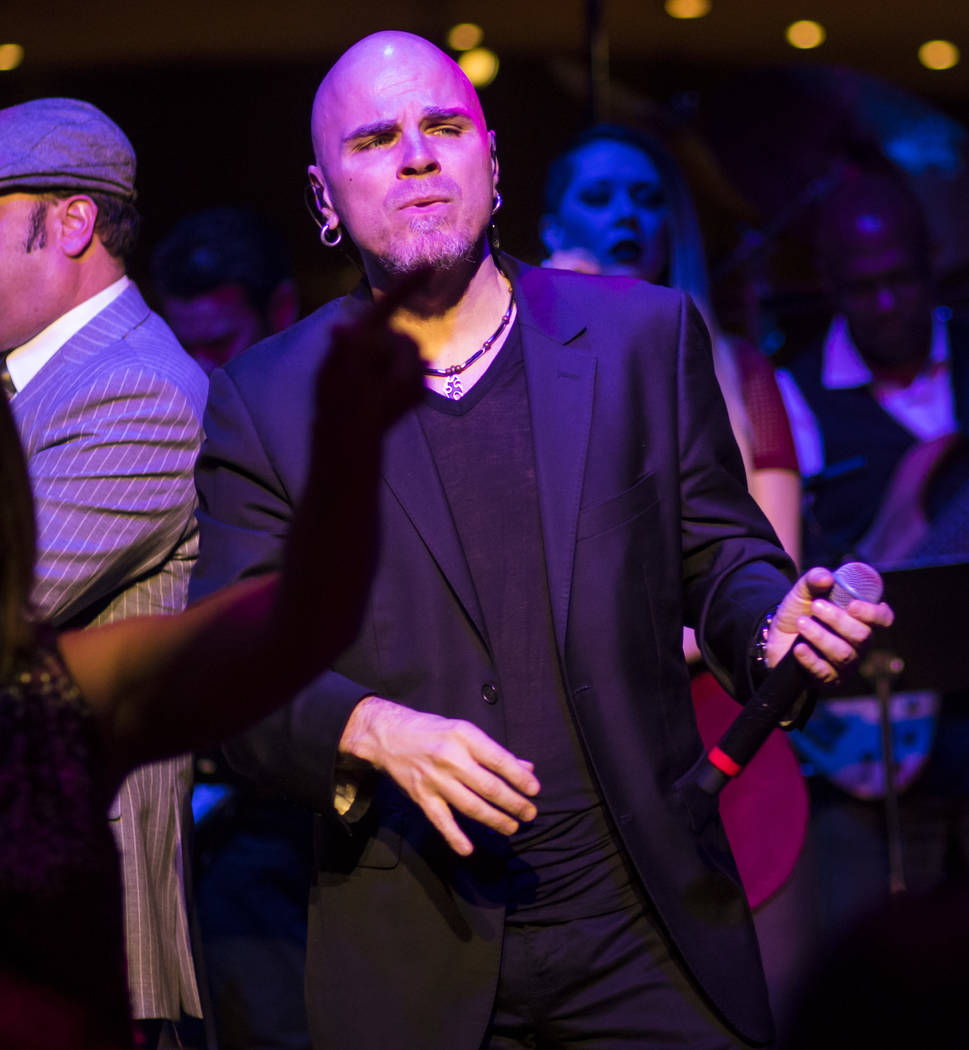 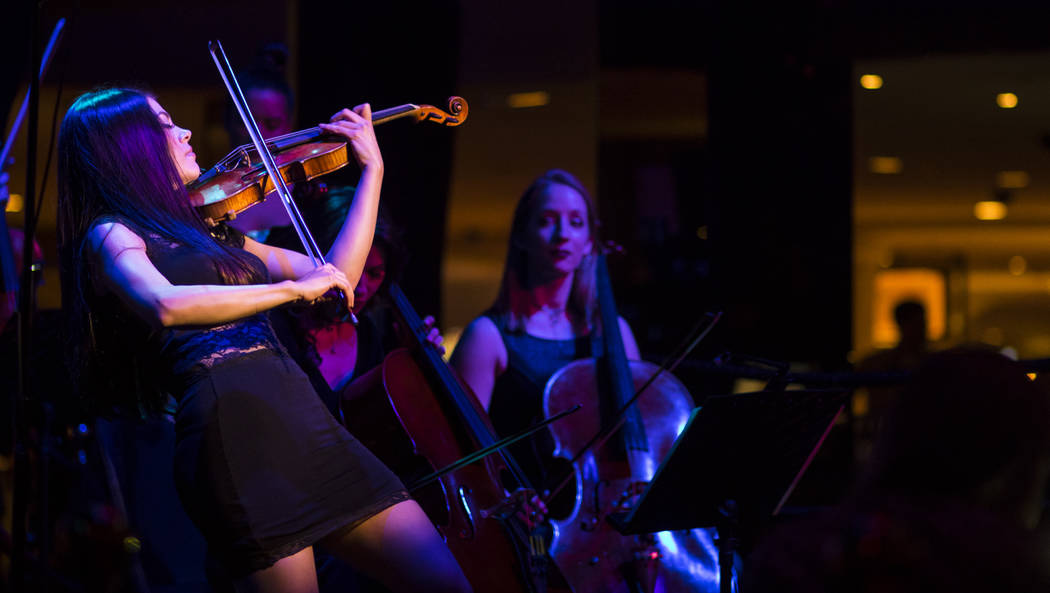 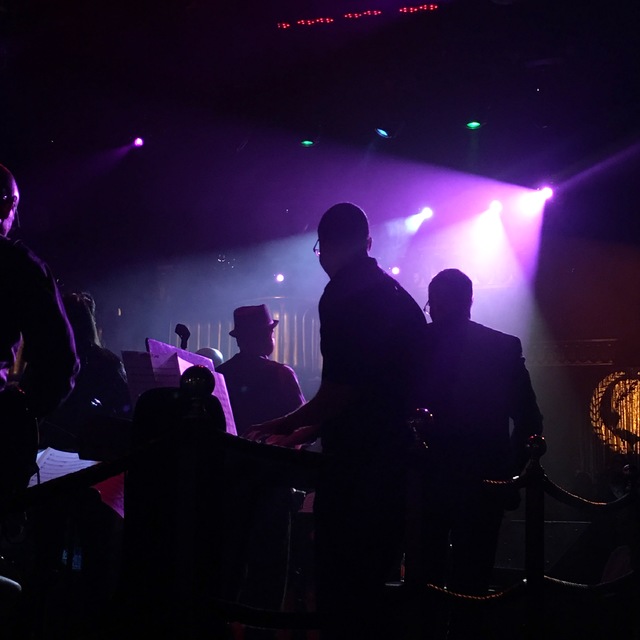 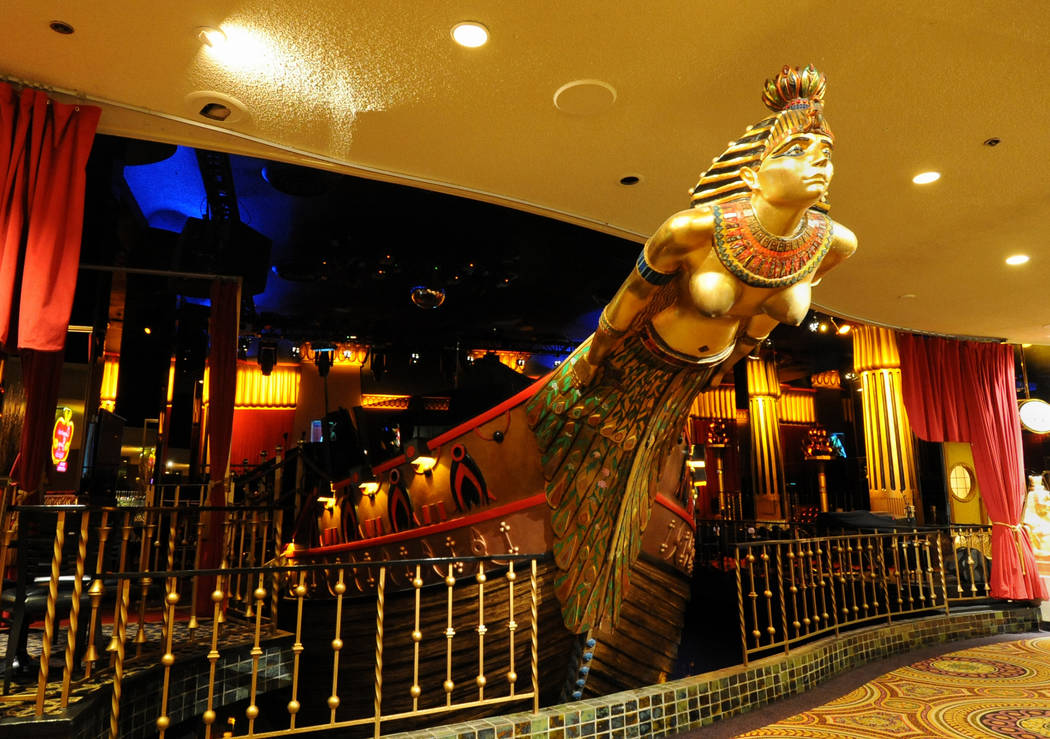 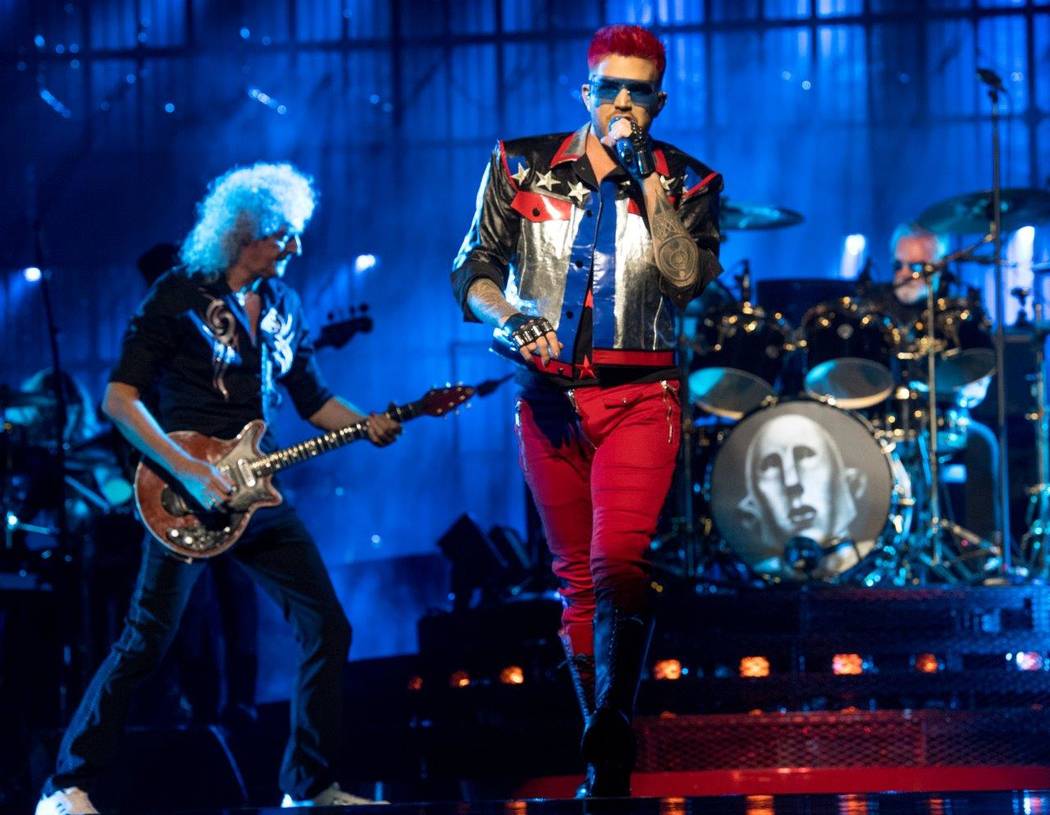 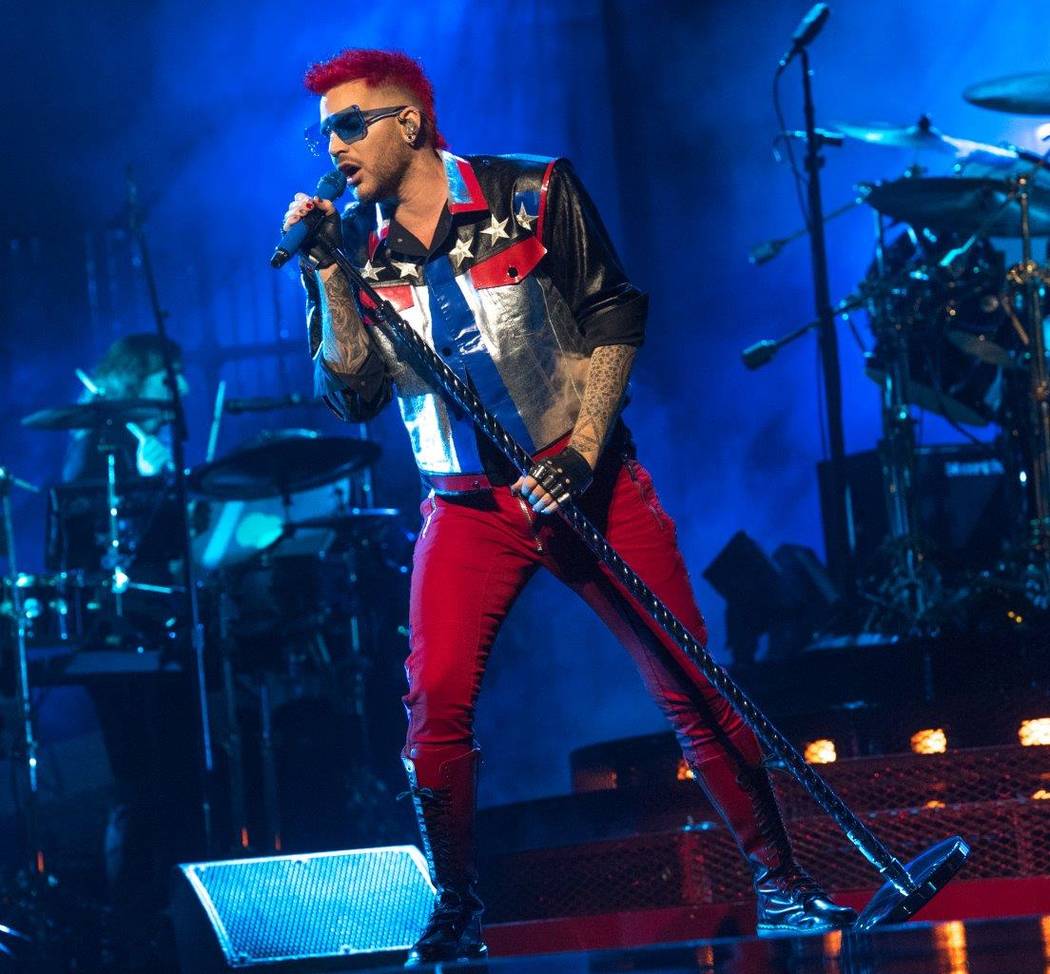 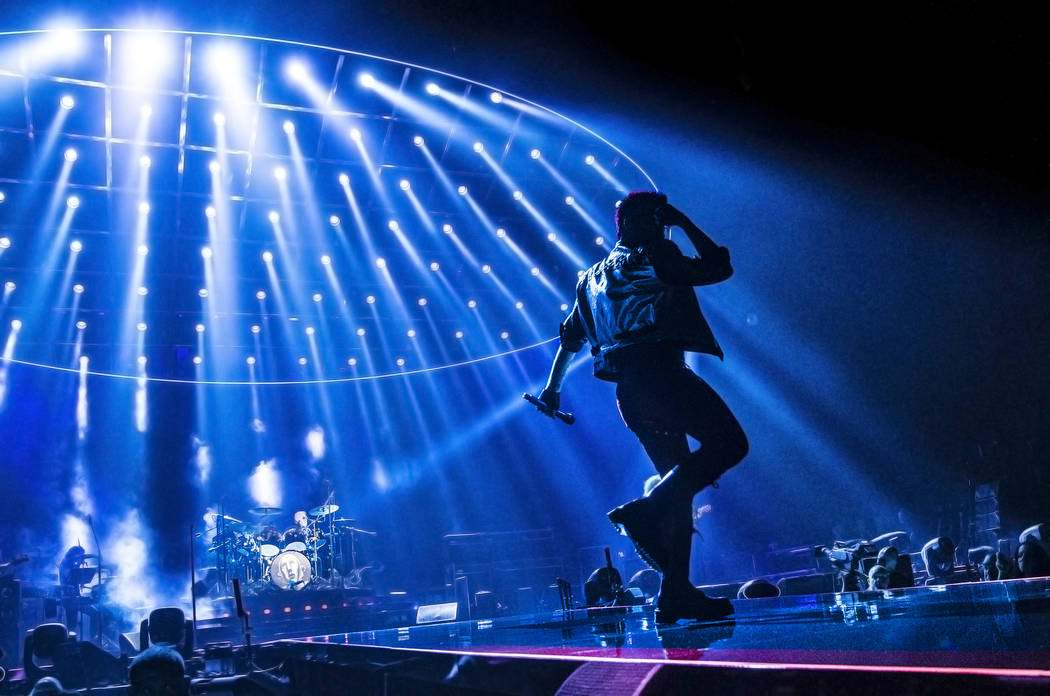 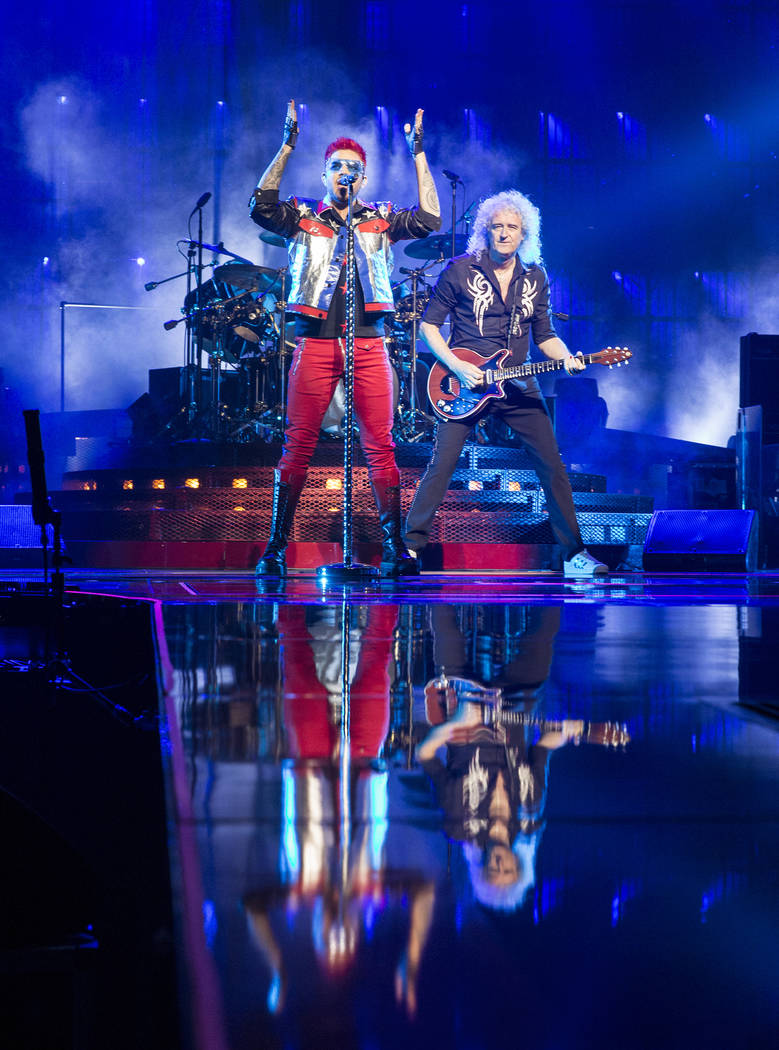 The Kats! Bureau at this writing is 11th Street Studios in downtown VegasVille. This is a studio with a “three-V” feel — very vinyl vibe.

This musty artistic enclave is so steeped in tradition that if you’re not wearing a throwback T-shirt (such as the “Meet The Beatles” cover shot or a photo of David Bowie, Iggy Pop and Lou Reed from 1973) you might be locked out.

The Killers have recorded their latest album, “Wonderful Wonderful” in this annex. At the moment, vaunted Vegas bandleader Lon Bronson is producing the Melody Sweets cover of Alice Cooper’s “Is It My Body,” and those in the room are curious about my new Beatle boots. I wore them just for the occasion.

Afloat on the Barge

The seismic shift in shows at Caesars Entertainment hotels has led to a change in strategy at Cleopatra’s Barge. Opened in 1970, the moated showroom has recently been home to free performances David Perrico’s Pop Strings (Thursdays through Saturdays) and Zowie Bowie (Tuesdays and Wednesdays) with occasional national acts like Blues Traveler, Plain White T’s and CeeLo Green (up next, four shows from July 21-29).

Last fall, there was a strong feeling — sustained by serious negotiations — that Caesars Entertainment was moving a national music club into the Cleopatra’s Barge space, in a three-way partnership with outgoing headliner Matt Goss. Not happening. There might be a new club in a Caesars Entertainment property, maybe Flamingo Las Vegas, but not at Caesars.

As Jason Gastwirth, the company’s senior VP of marketing and entertainment, says, “We like the Barge as it is, with the ability to have an open club and close it off as we have been for ticketed shows. It has a great history and place in the company.”

We’ll have more from our recent chat with Gastwirth in an upcoming column, but now we turn to …

Why is it that whenever I am at a Backstreet Boys show, Donny & Marie are elsewhere? Friday night, the sibling stars of Flamingo Las Vegas hit Axis theater and — requisitely — were summoned to the stage for a spin through, “Shape of My Heart.”

Tough call on who was the best dancer in this lineup, but the guy with the “Dancing With the Stars” trophy would say it was him.

The rollicking Queen with Adam Lambert show at T-Mobile Arena on Saturday was one of the year’s entertainment highlights in VegasVille. I tweeted that it was the best show I’ve seen this year — a run that has included Bruno Mars at The Park Theater, Journey at the Joint at the Hard Rock Hotel and the contortionist on circle No. 19 at the Fremont Street Experience.

The stylish and gifted Lambert is one of the very few contemporary singers who can effectively fill the void left by the death of Freddy Mercury. He is terrific. The lineup would make a great mini-residency/extended engagement at a Strip theater, but I’m reliably told the guys are not interested. Too much money to be made in arenas, and 12,500 turned out for the show Saturday night.

Golden Nugget headliner Clint Holmes appears on Tavis Smiley’s PBS talk show at 11 p.m. Wednesday. Smiley, evidently, was stunned to know of Holmes’ age, which is like 31, or 71, or somewhere in there …

On the topic of age …

The roast hosted by Deana Martin honoring Las Vegas singer and radio-show host Dennis Bono on his 70th birthday on Monday night at the South Point was a pretty cool Vegas hang. Martin, the daughter of entertainment great Dean Martin, was also in town to mark her father’s 100th birthday (which was June 7) with shows on Friday and Saturday, also at the South Point.

Little didn’t restrict his material to his Don Rickles, Jimmy Stewart and Johnny Carson bits — he called out routinely from his seat, chiding Leach (while doing a Leach impression), “Robin Leach is here — and I don’t know whyyyyy!”

The reigning king of celeb roasts, Little performed 24 celebrity roasts with Dean Martin, so he sort of just cuts in whenever.

Behind the scenes in this scene was veteran stand-up (and a wonderful musician and songwriter) Dennis Blair, who wrote much of the material recited onstage. And we were left with this image: Kelly Clinton-Holmes, bolting onstage in her Ruth Buzzi-as-Gladys Ormphby character, repeatedly slamming Bono with her purse, then climbing atop Holmes for a make-out session.

On a night when things got nutty, it was perfectly played.