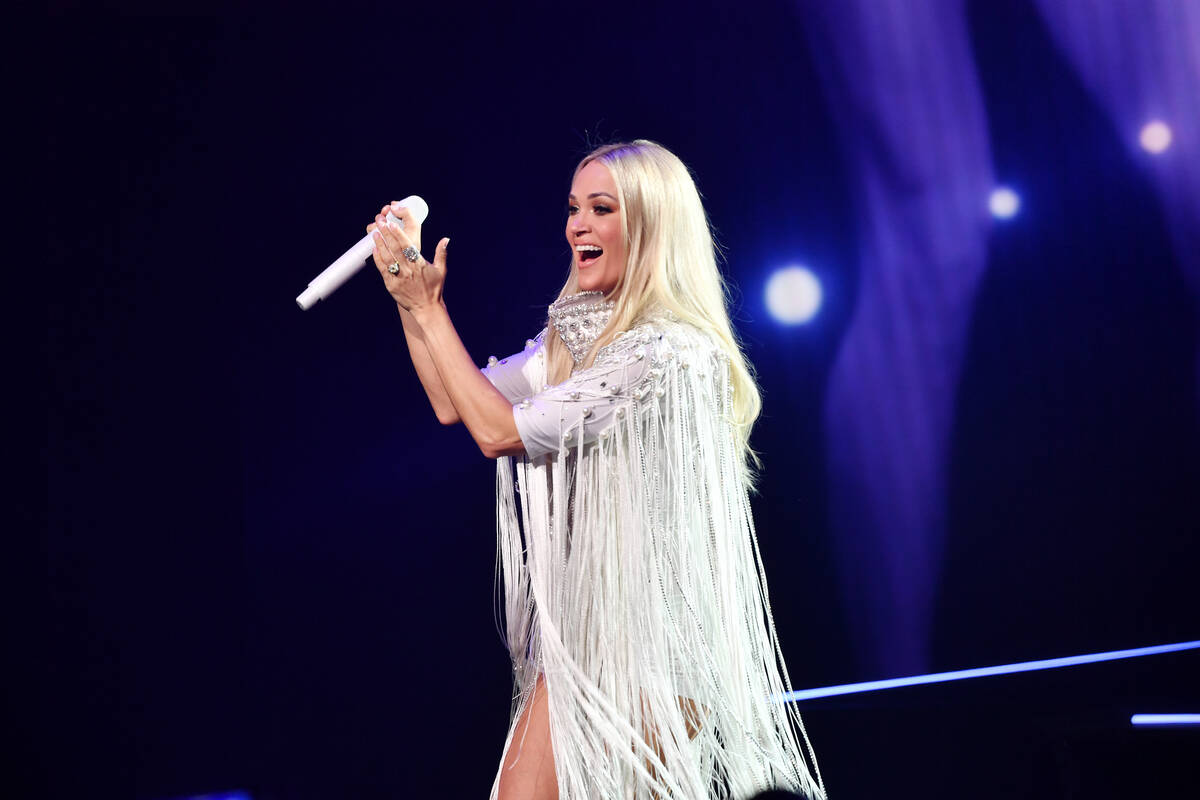 Carrie Underwood performs during her premiere at the Theater at Resorts World on Wednesday, Dec. 1, 2021. (Denise Truscello) 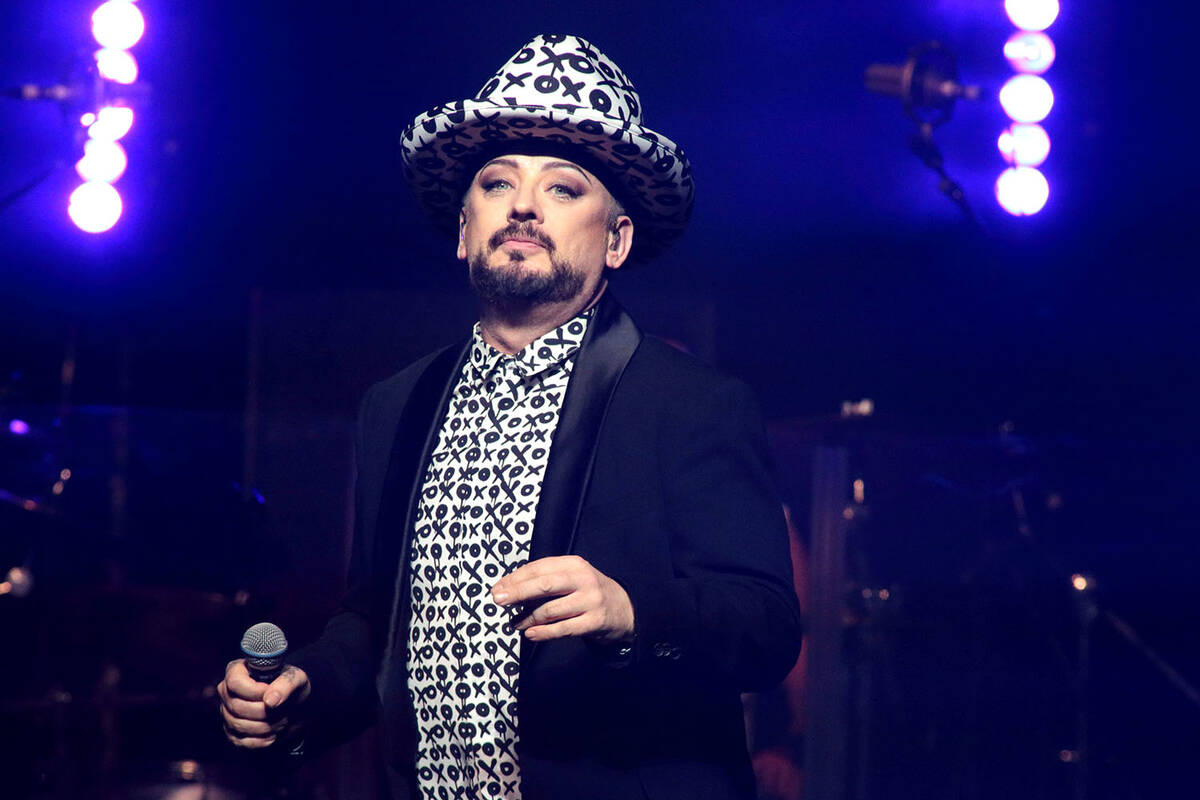 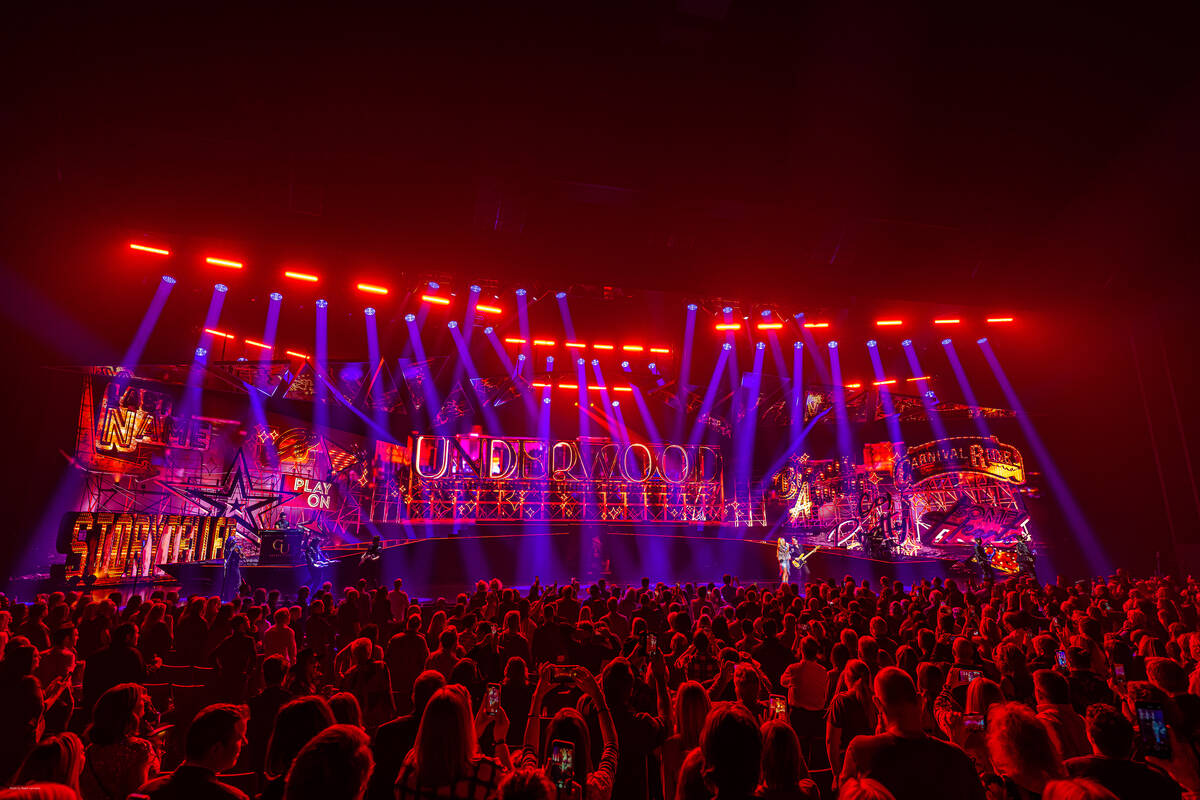 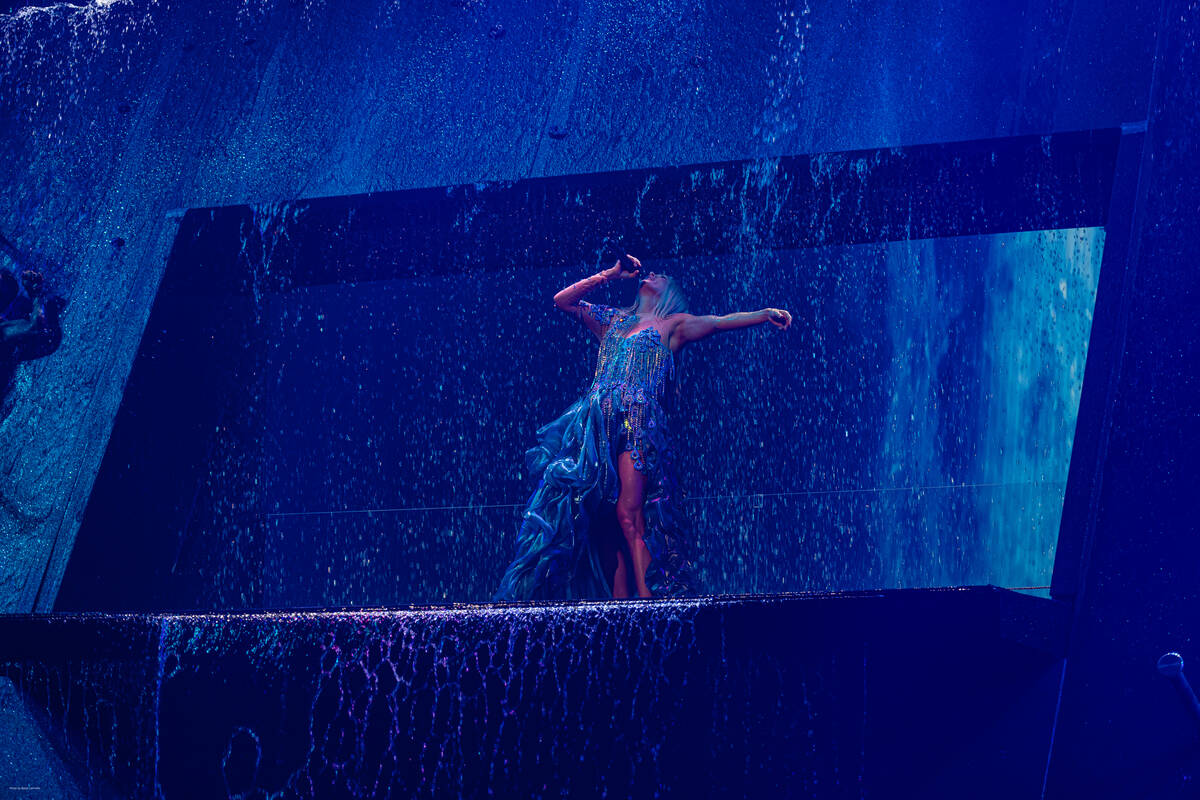 Carrie Underwood performs during her premiere at the Theater at Resorts World on Wednesday, Dec. 1, 2021. (Ralph Larmann) 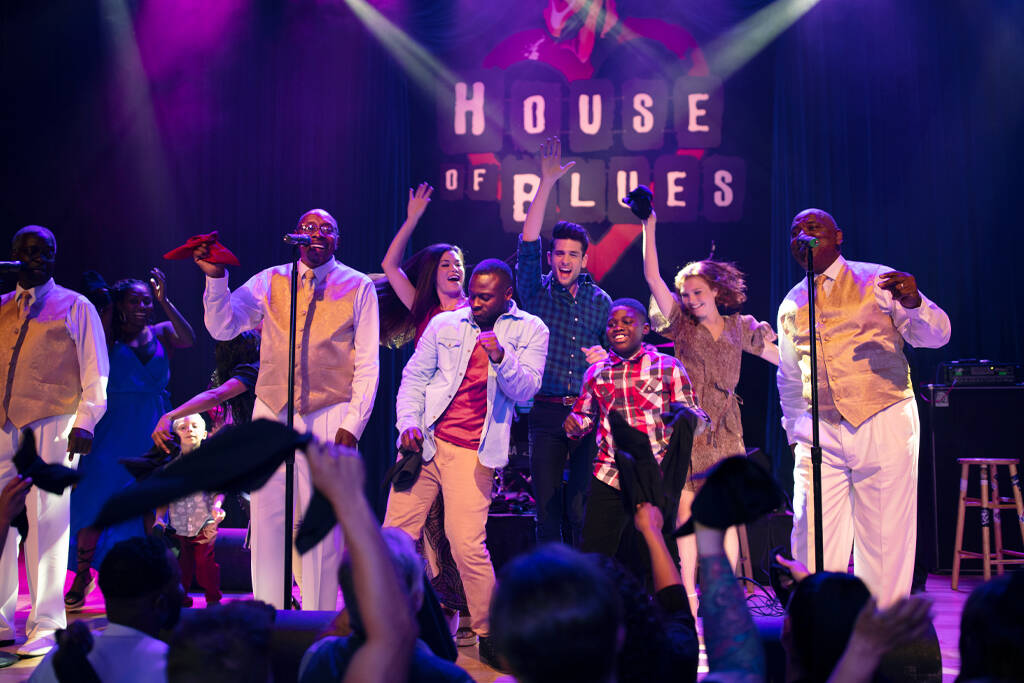 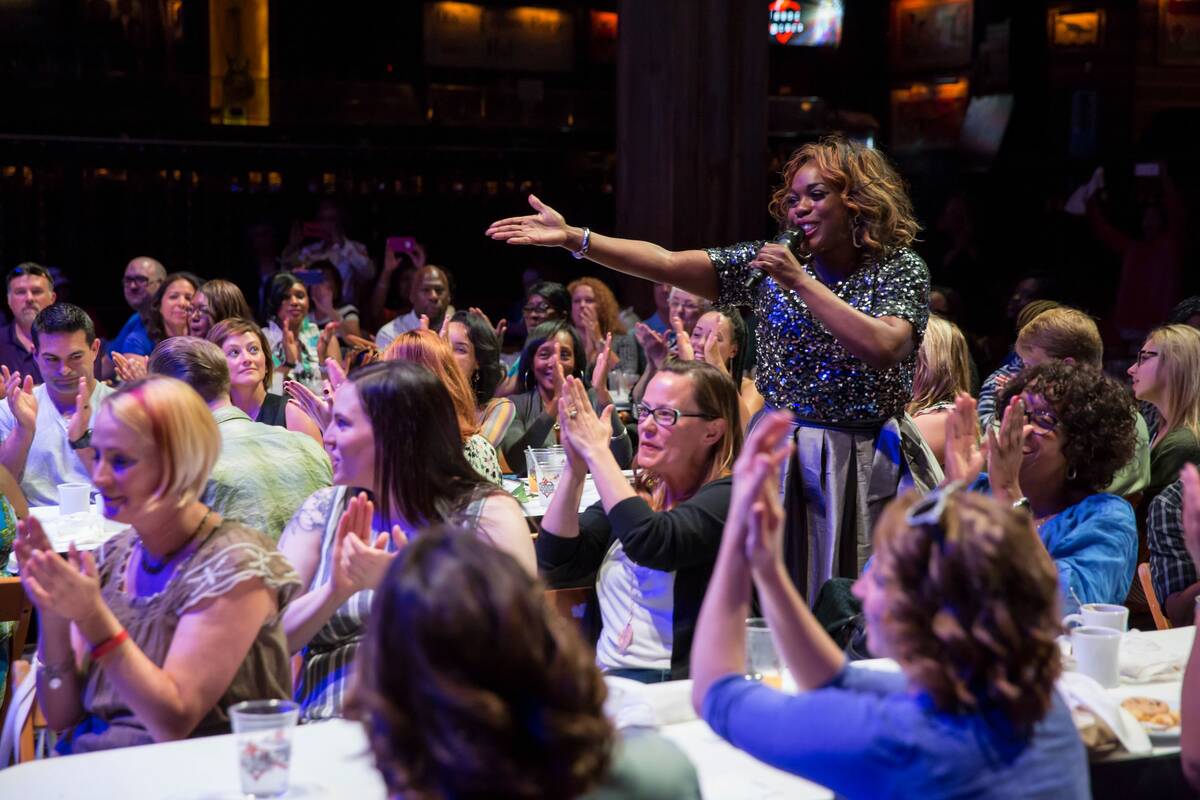 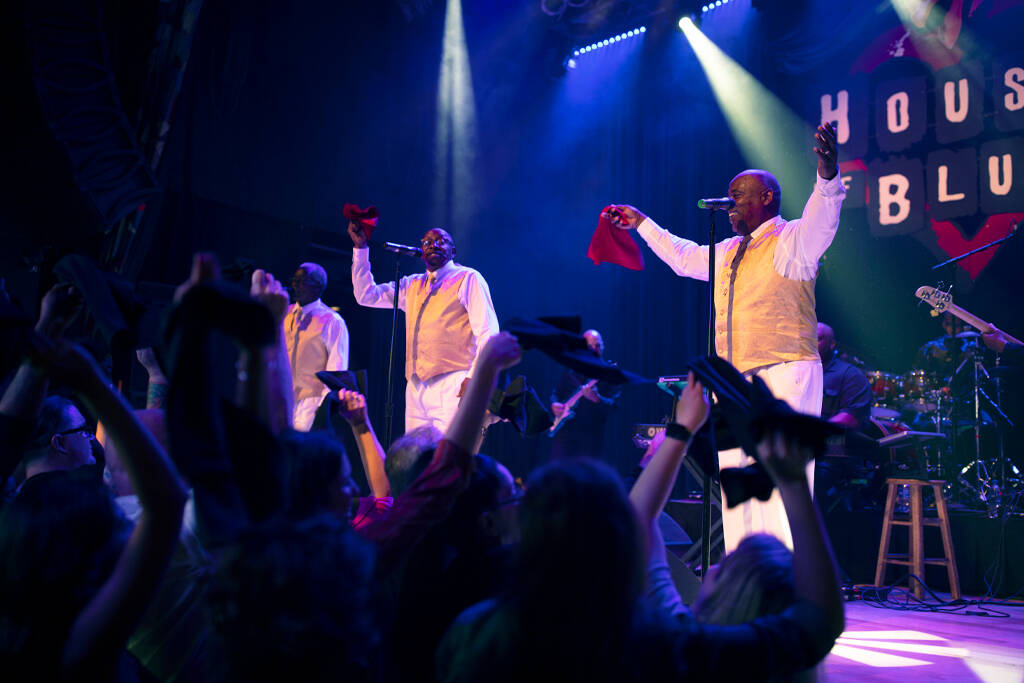 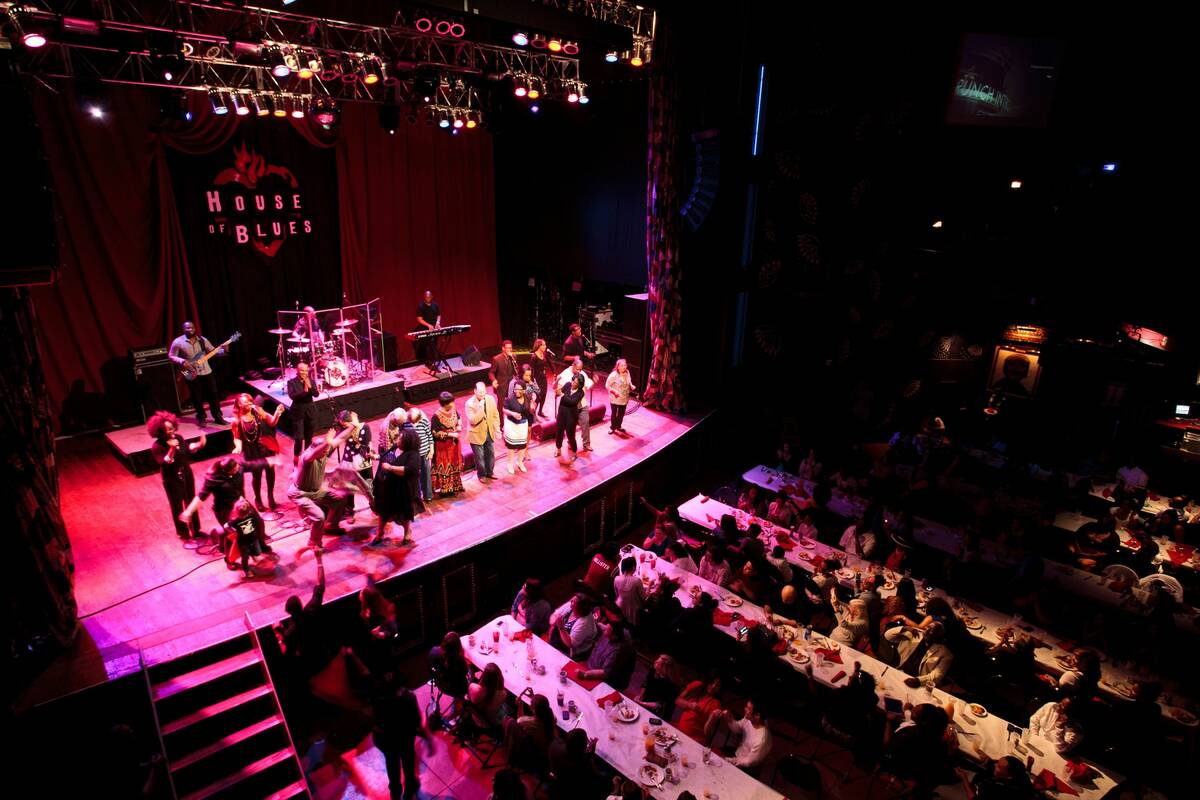 Her show closes with the crash of a waterfall. Now Carrie Underwood is surfing the wave of a hit single as she returns to the Theatre at Resorts World Las Vegas.

Underwood returns her ‘Reflection” production Wednesday night, and also Friday and Saturday. She continues March 30, and April 1-2. We will find out during that run if “Ghost Story” is in the set list.

Otherwise, we caught up with the country superstar Academy of Country Music Awards show March 9, just after she showed up on an aerial rig to perform “If I Didn’t Love You” with Jason Aldean. The duo won the Country Song of the Year at Tuesday’s iHeartRadio Music Awards show at Shrine Auditorium in L.A.

I asked Underwood how it felt to open the new Theatre after Celine Dion had been forced to cancer her original dates — which started last November — for health reasons?

HUGE Congratulations to @Jason_Aldean and @carrieunderwood on winning "Country Song of the Year" 😱🤩🎶 #iHeartAwards2022 pic.twitter.com/vZms64Fp8T

“One thing we knew about Celine is, she’s obviously been here for a while, and is such an amazing performer and professional. We knew that with her opening the theater, they would have everything, all the loose ends tied up by the time we got in,” Underwood said during a Q&A session in the Allegiant Stadium media center. “So then that didn’t happen, and I was like, I guess it’s up to us. We’ve never done anything quite like this before. But everybody really stepped up to the plate and made it happen, and made everybody feel very confident and wonderful about opening.”

Underwood continued, “Getting out there just squashed any nerves about opening it, and it was so much fun to put together a show we are so incredibly proud of. I can’t wait to do more.”

Five from the Scorps

I often tell the story about how I saw the Scorpions headline Cal Expo Amphitheater in Sacramento in April 1984, during the “Love At First Sting” tour. Opening act was Bon Jovi , fresh off “Runaway.” A limousine pulled up to our post-party group in the dusty parking lot, with guitar god Matthias Jabs poking his head out to call out to us in German.

I must interview that guy, if only to ask what he shouted.

Anyhow, the band plays Zappos Theater this weekend, with Skid Row as the special guest (Queensrÿche had been originally booked, then dropped in November). The “Sin City Nights” residency runs a total of nine shows through April 16. As we listen to “World Wide Live,” we list our five favorite Scorpions songs.

5. “The Zoo.” Jabs’ great solo on the “talk box” is the greatest use of that effect, and I do include Peter Frampton’s ““Do You Feel Like We Do” and “Show Me the Way.”

4. “Loving You Sunday Morning.” You might think this a ballad. You would be wrong. Woop!

3. “Arizona.” In Sac Town, we shouted, “California!” instead. Righteous.

2. “Still Loving You.” What a great breakup song. Klaus Meine’s vocals are especially fabulous in this one.

1. “Blackout.” What a guitar riff. The scream and shattering of glass at the close. The song that powered the Silver Dollar Fair in Chico, Calif. lives mightily, still. We’ll see you guys again Saturday.

They’ll tumble for ya

Boy George and the Culture Club debuts at Encore Theater at Wynn Las Vegas on June 3-4. Tickets are on sale 10 a.m. Friday. This show should be a kick, with George out front, Boy George, along with bassist Mikey Craig and guitar and keyboardist Roy Hay with a 13-piece backing band. “Karma Chameleon,” “Do You Really Want to Hurt Me” are in the announced set list.

George most recently appeared in town as part of a co-headlining show at Downtown Las Vegas Events Center in September 2018. He said at the time he wanted more Las Vegas.

“I want to do a string of shows, a residency, in Las Vegas,” the vocalist, pop icon and fashion plate said. “But I want to do something different — and I don’t know what that will mean. It has to be the opposite of glitz and lights, opposite of acrobatics. It has to be bare, stark and shocking and emotional. I want a bit more dystopian Las Vegas that is specific, where there is no ‘vague’ in Vegas.”

Encore Theater might not be the place, but bring on the hits anyway.

Rejoice! And pass the waffles

This is the show where you really shout, “Can we get an amen!?”

Gospel Brunch (where the buffet is heavenly) is back at House of Blues at Mandalay Bay beginning Easter Sunday, this year on April 17. Seatings are 10 a.m. and 1 p.m. The Southern-tinged experience returns has been down since March 2020. Patti Pennington and the House of Blues Gospel Choir is back, as is the all-you-can-eat brunch. Added include May 15, June 19 (Father’s Day), July 3, Aug. 7, and Sept. 11. All seatings for those shows will be at 10 a.m. All of it is, by definition, righteous.

Line it up with Craig Canter on Mondays, Michael Grimm on Tuesdays; Ashley Fuller on Wednesdays; Michael Nugent alternating with Celina Sasso on Thursdays, Kenny Davidsen on Fridays; Tom Mazzaro, Carmine Mandia, Joelle Righetti and Michael Monge alternating on Saturdays; and Rita Lim on Sundays, all at Tuscany’s Piazza lounge. Check Tusanylv.com for times, but know this from here: No cover charge for any of it.