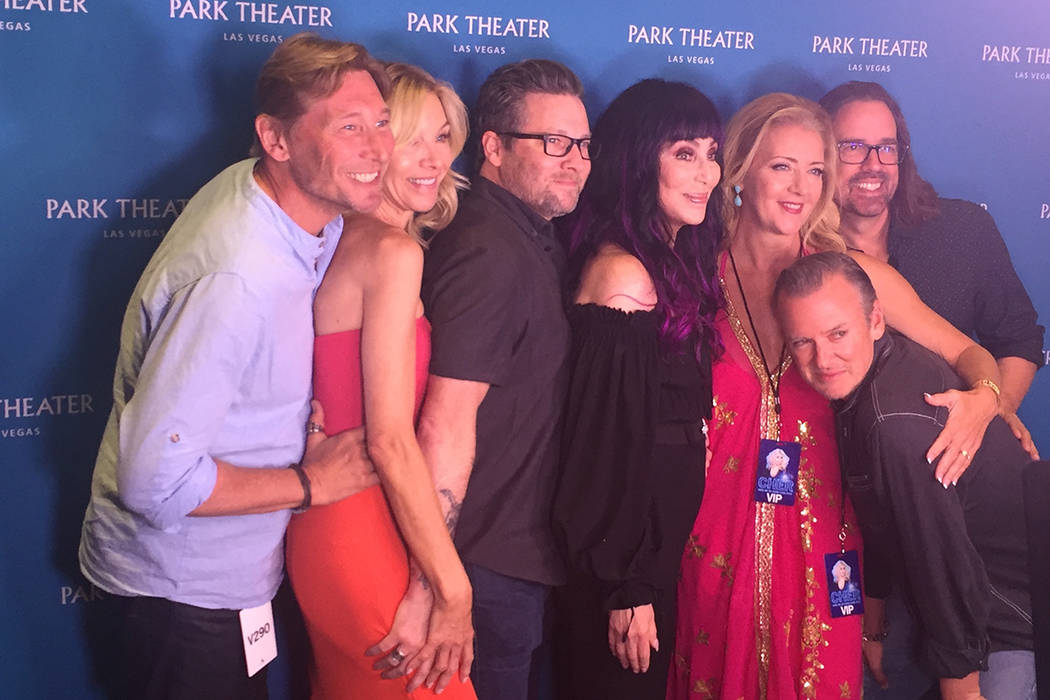 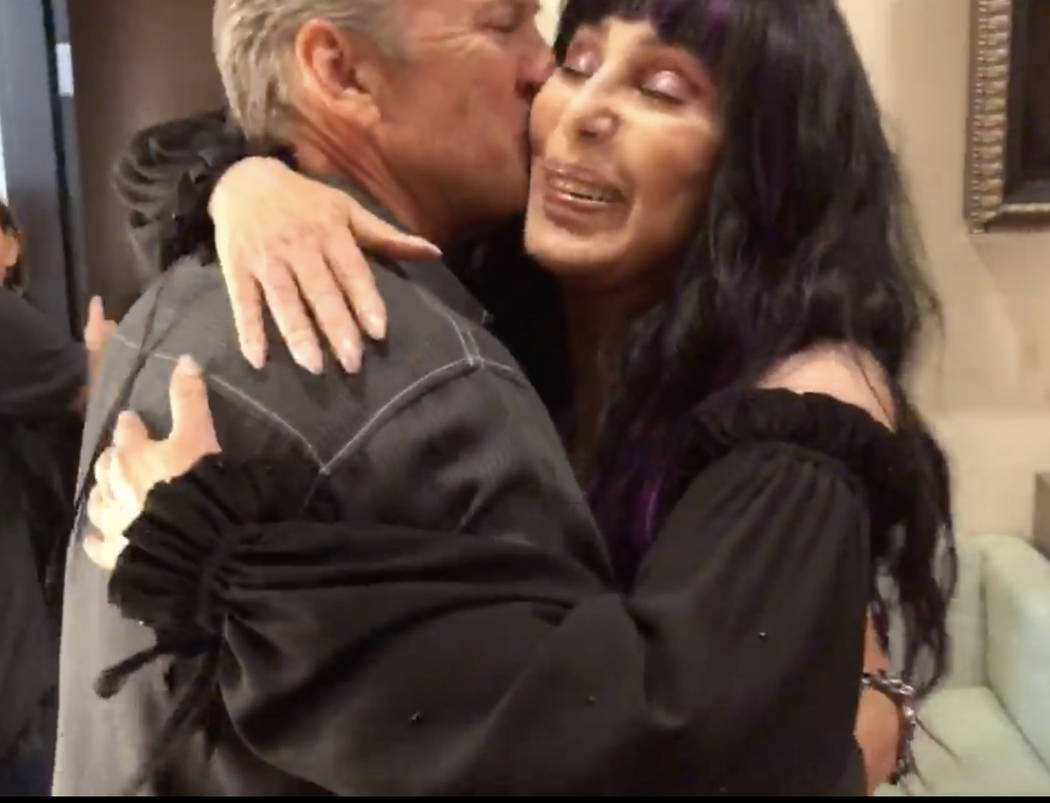 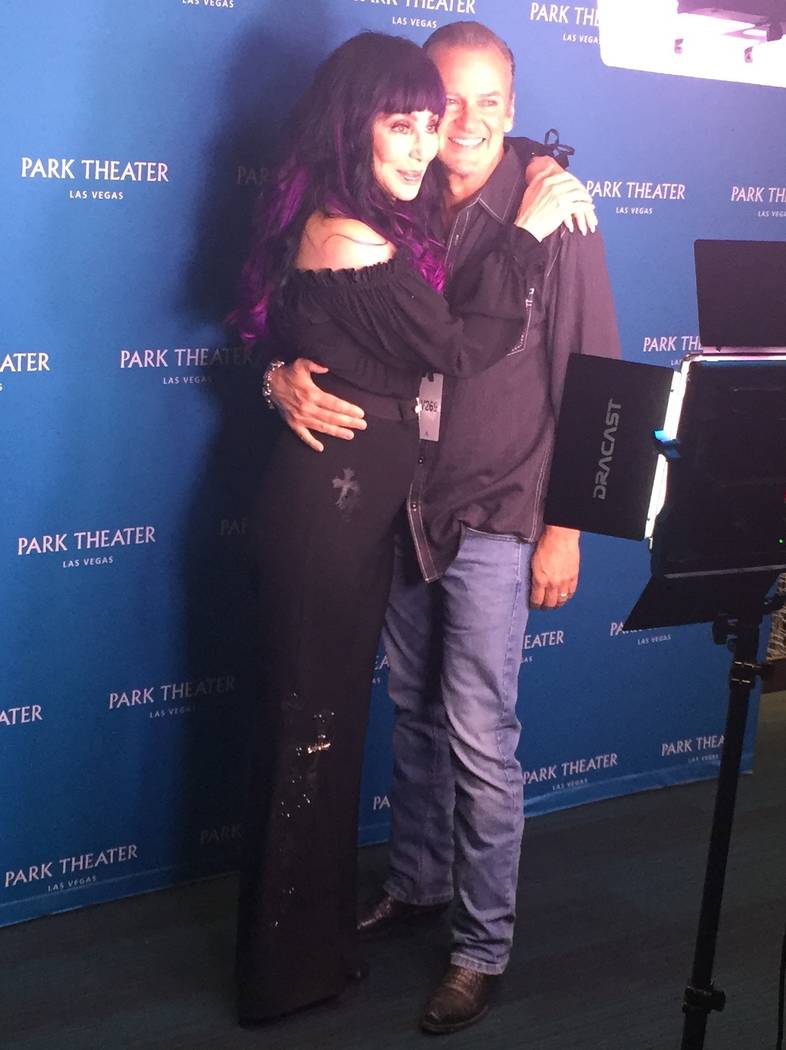 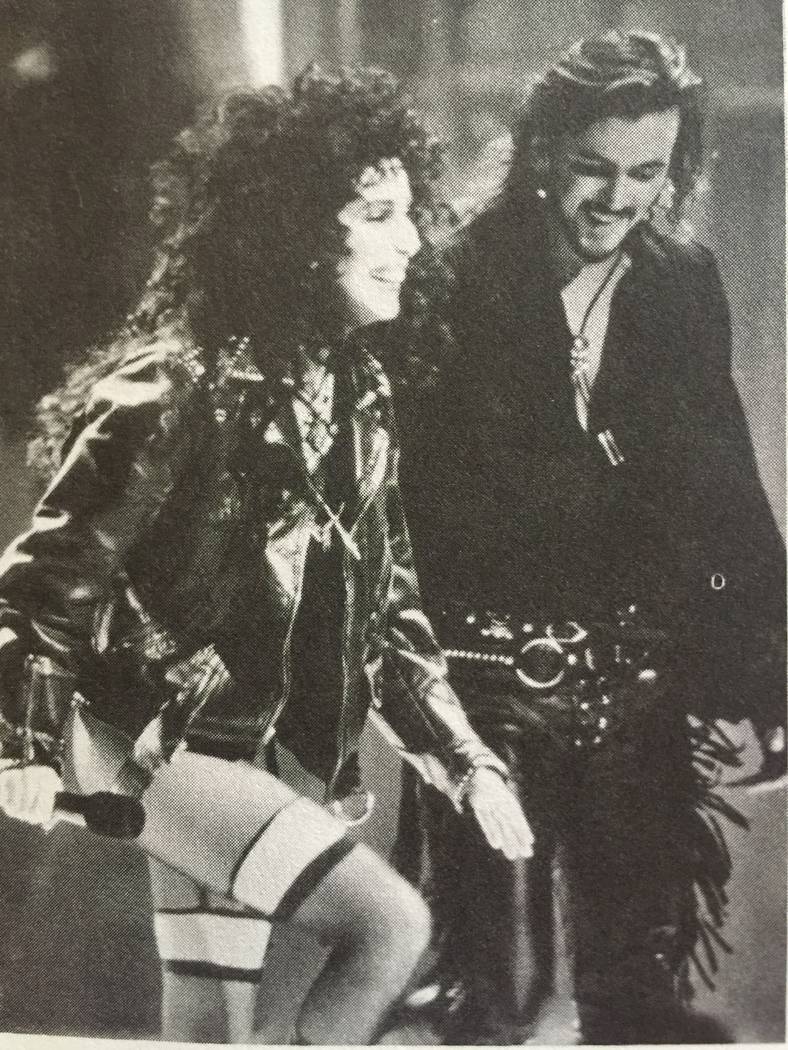 Troy Burgess and Cher are shown during the 1989 "Heart of Stone" world tour. (Troy Burgess) 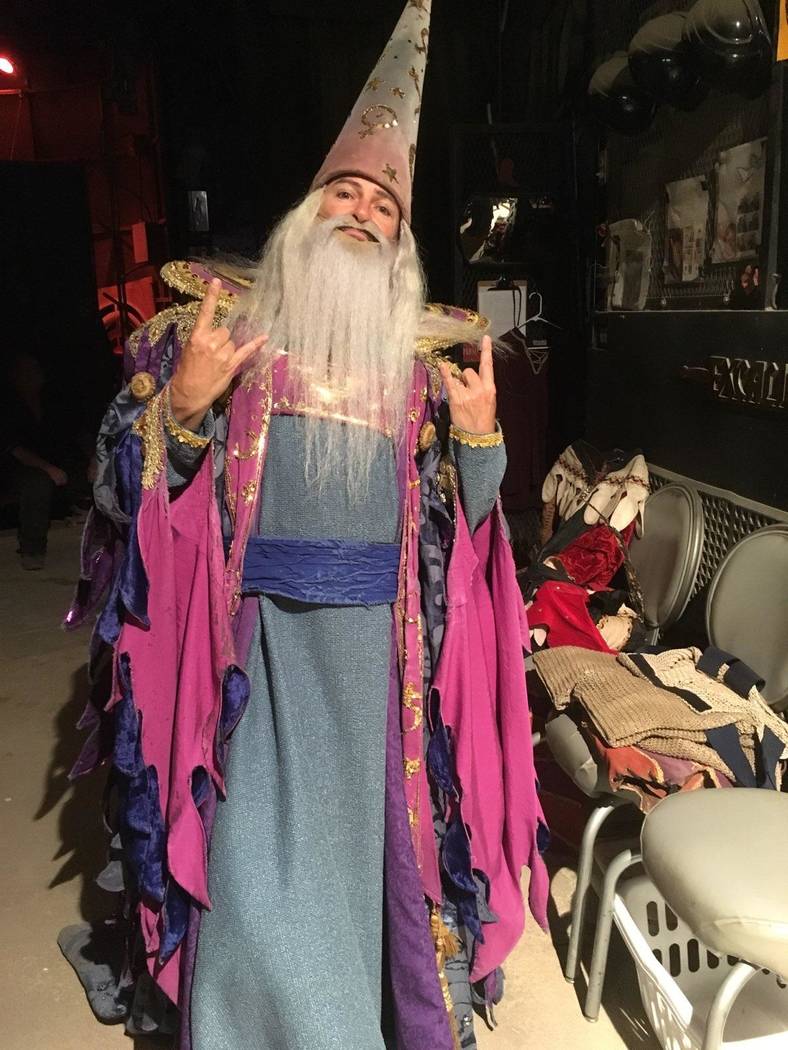 Troy Burgess of "Tournament of Kings" is shown as Merlin backstage at Excalibur on the Las Vegas Strip. (Troy Burgess) 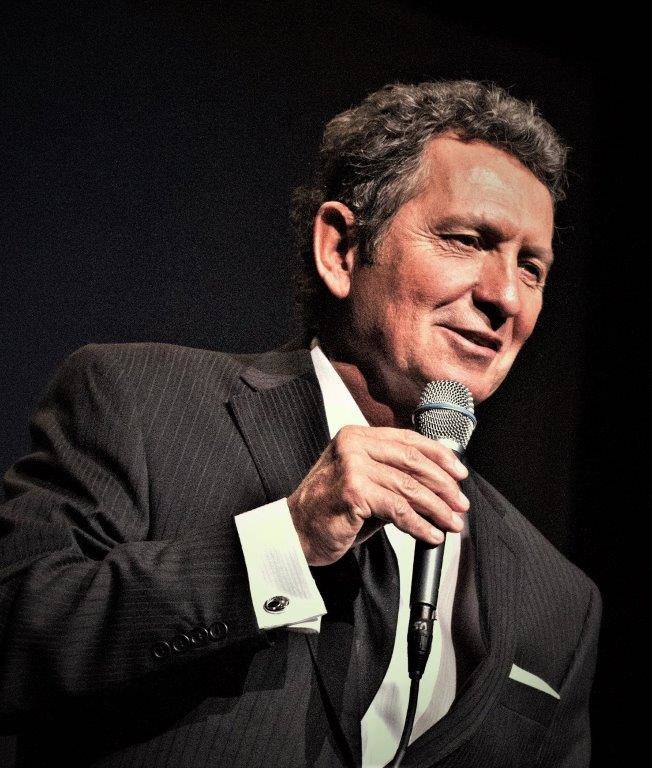 Troy Burgess didn’t “Have a Nice Day,” in a TV sense. But heck, he’s had a nice career.

Nearly 30 years ago, Burgess, a longtime Las Vegas stage performer, was cast in in a network-TV pilot brimming with potential. The problem was, the then-23-year-old entertainer would have to break up with Cher to pursue this new show. Burgess was a backing dancer on the superstar’s “Heart of Stone” world tour at the time.

“I really felt bad going to her and saying, ‘I have this other opportunity,’” Burgess says. “But she went, ’That’s so cool! You have to do it!’”

The TV pilot was for a sitcom set in the 1970s, called “Have a Nice Day.” Burgess would play a stoner kid in this concept, co-written by Andy and Susan Borowitz, who were also developing the “Fresh Prince of Bel Air” sitcom. In “Have a Nice Day,” Burgess was enlisted as the addled, carefree teen who would make fun of teachers and parents.

“It was just too far ahead of its time,” says Burgess, who today plays Merlin and King Arthur in the long-running “Tournament of Kings” at Excalibur. “It was ‘That ’70s Show’ five years before that show came out.”

Timing is everything. “Fresh Prince” became a monster hit while “Have a Nice Day” drew a frownie-face from network execs.

Undaunted, Burgess went on to dance and choreograph for Whitney Houston on her 1990 tour of Japan and gained notoriety in Las Vegas playing club operator Dennis DuPree in “Rock of Ages” at The Venetian and Rio.

Over the years, Burgess had wanted to reunite the Cher dancers who bonded during Cher’s 1989-90 world tour. The old friends finally got together over the weekend, convening at the Burgess’ “Cougar Ranch” home in Las Vegas, and took in Cher’s show Saturday night at Park Theater. They all met up afterward.

“It was just powerful, and I told her that I’d missed her so much,” said the 53-year-old Burgess, whose wife, Yesiney, is a performer in “Fantasy” at Luxor. “I said that what I missed the most was just her stories, her talking, her personality and wit from the stage because she does that so well.”

Those who made the trip: “The Voice” music director Paul Mirkovich and his wife, Michelle Rudy (the couple met on the tour); Australian dancer and choreographer Aaron Cash, who has danced alongside with Mikhail Baryshnikov; choreographer and director Bubba Carr, who has worked with the Zac Brown Band and toured with Jane’s Addiction as a performance artists; and Trish Ramish, whose credits include “General Hospital,” “A Night at the Roxbury” and “Too Good to Be True.”

Burgess was especially nostalgic early in Saturday night’s show, when Cher revisited some of her career highlights. “She talked about being on the David Letterman show, things like that, and afterward Bubba and I both said her next tour should just be her, telling stories.”

Burgess adds with a chuckle, “She has incredible stories, really, and she has so much more to tell.”

Vegas lounge legend Bob Anderson is returning to South Point Showroom at 7:30 p.m. Friday, Saturday and Sunday. Anderson, the master vocal interpreter, starred at Top of The Dunes during his Strip heyday from the mid-1970s to mid-1980s and has been the gold standard among singing impressionists for decades. His tributes include such Las Vegas icons as Frank Sinatra, Tony Bennett, Tom Jones, Sammy Davis Jr., Dean Martin, Nat King Cole, Bobby Darin and Mel Torme.

Anderson starred in a full-scale Frank Sinatra tribute — makeup, hairpiece, the whole package — in “Frank: The Man. The Music” at Palazzo Theater in from November 2014 through December 2015. That show is still being pitched for a Broadway run, with Anderson in partnership with Tony Award-winner Eva Price and her partner, Carl Flanigan, as the musical’s general managers under their Maximum Entertainment Company operation.

But Anderson is delivering an array of stars, beyond his portrayal of Old Blue Eyes. The Sinatra tribute, though spot-on, isn’t even his favorite.

”That would be Tony Bennett, Sammy and Tom Jones,” Anderson says. “I really like doing Tony Bennett. I’ve never done anybody that I didn’t really want to do, I only do the ones I dug. I’ve never gone for someone who just has one hit song out at the time. And, Sammy, Bennett and Tom Jones have all liked it when I do them.”

The re-branding of Hooters Hotel to OYO Hotel & Casino will have inevitable fallout at Night Owl Showroom — but probably not for about six months, says room operator Pete Housley of Admit VIP. What to look for: Veteran impressionist Gordie Brown moving from the showroom back downtown at the under-development Notoriety at Neonopolis (where the opening has been pushed back to October), and a return of magician Tommy Wind to a Vegas residency at Night Owl …

The guy who looked like Pete Davidson on Sunday at Wet Republic at MGM Grand, was. The “Saturday Night Live” cast member hit the day club before headlining at “Aces of Comedy” at the Mirage …

Jerry Lopez actually subbed out of the band he co-founded, Santa Fe & The Fat City Horns, on Monday to play in Daniel Emmet’s show at Cleopatra’s Barge. It was the first time in 20 years Lopez had subbed out …

Early buzz already about Mama Rabbit at Park MGM. Cassie Stone and Her Pretty Monsters hold forth at 8 p.m. Friday and Saturday. Expect a cabaret take on “Welcome to the Jungle.” No cover charge, but support the collective by buying a cocktail/FizzyWater and remember to tip yer tar-bender.