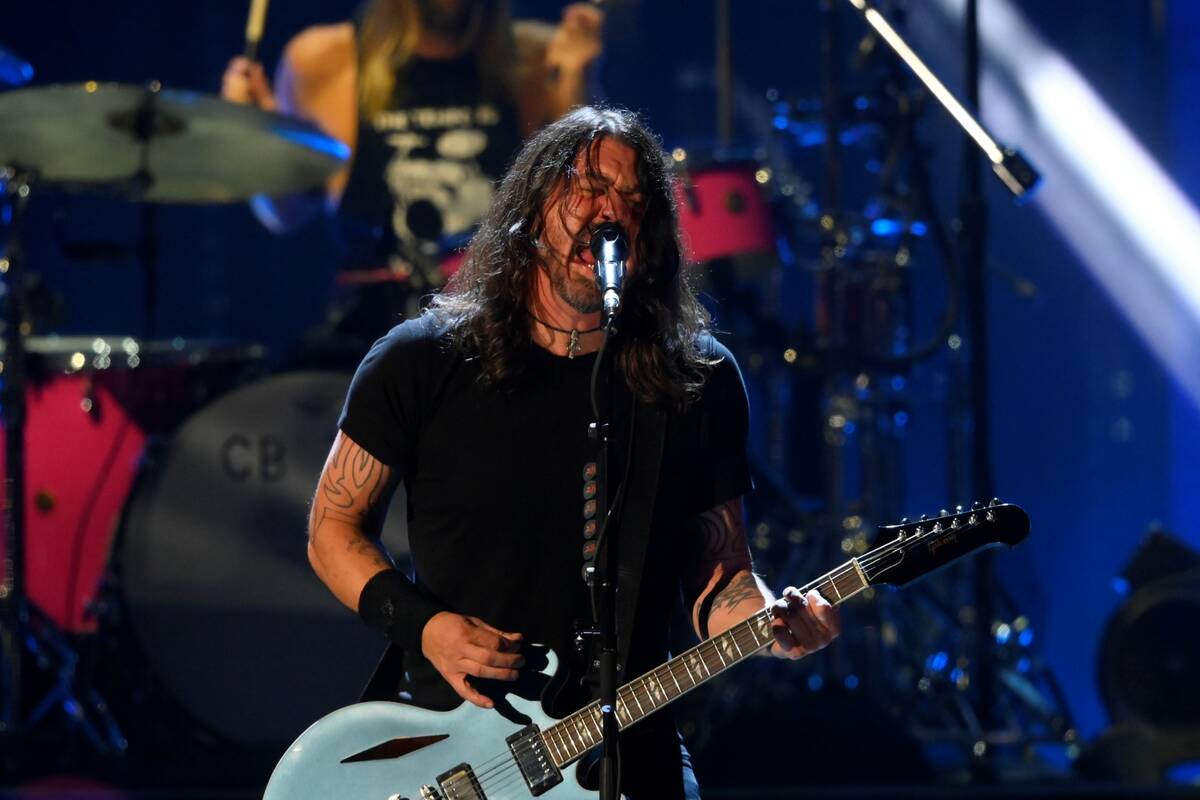 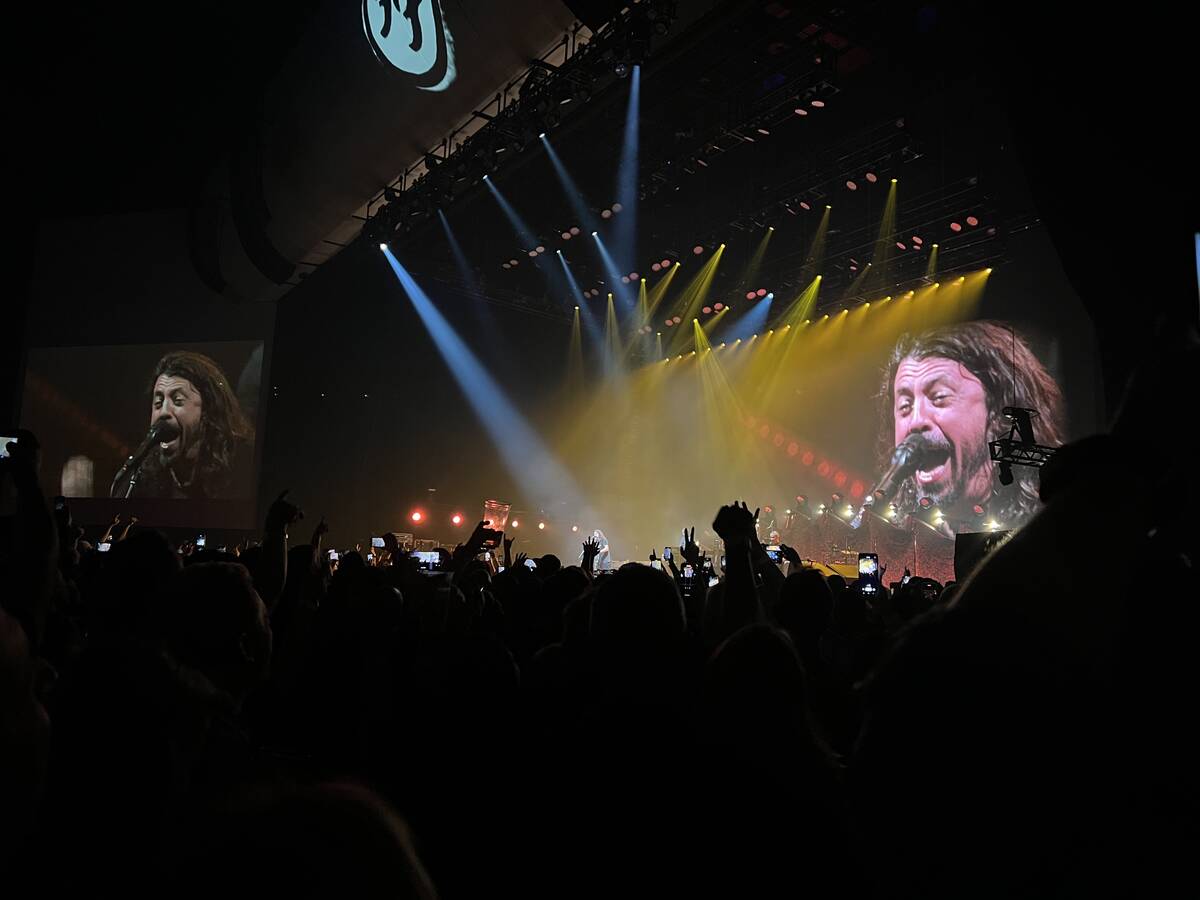 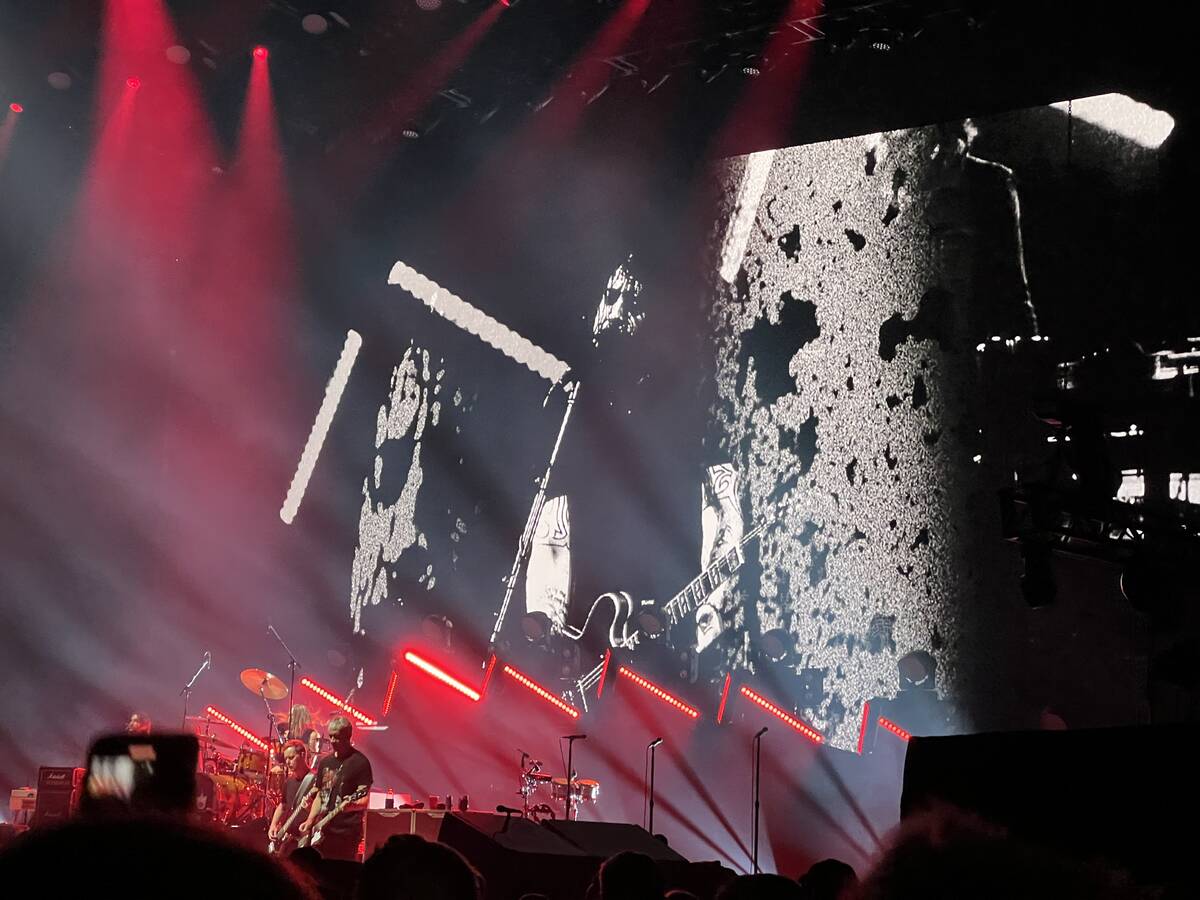 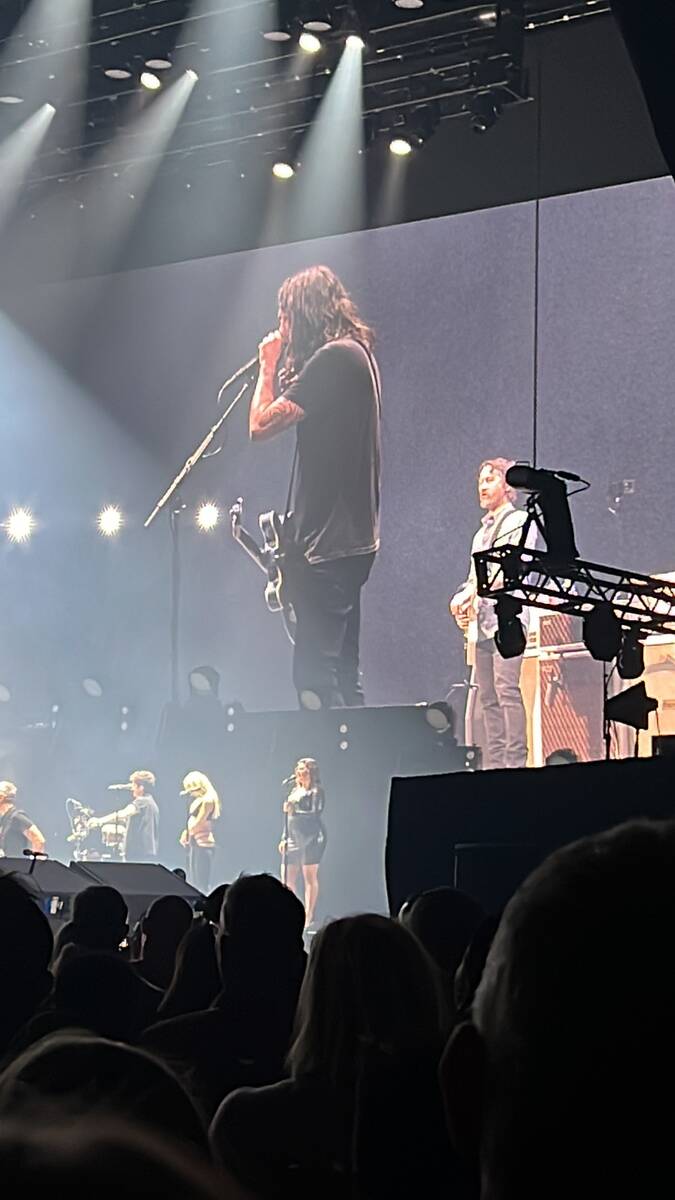 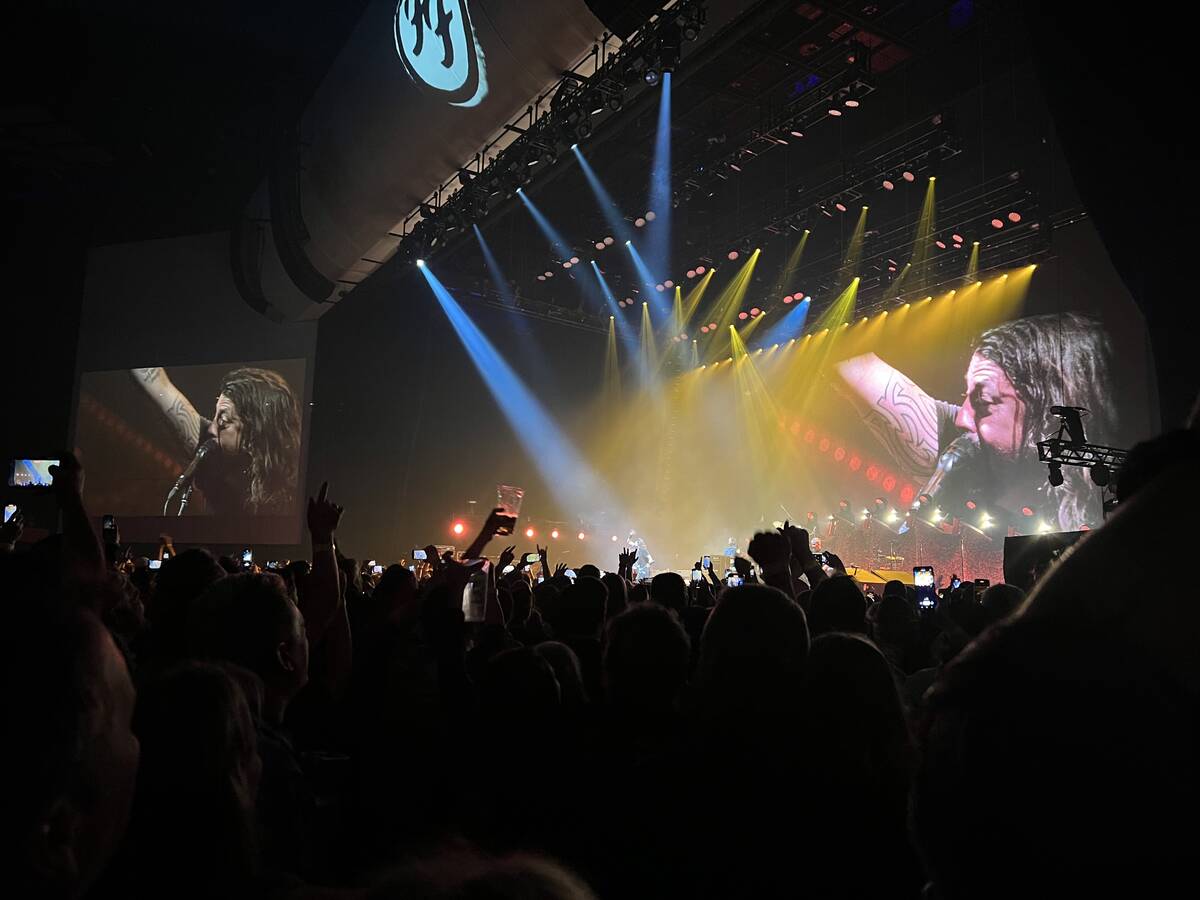 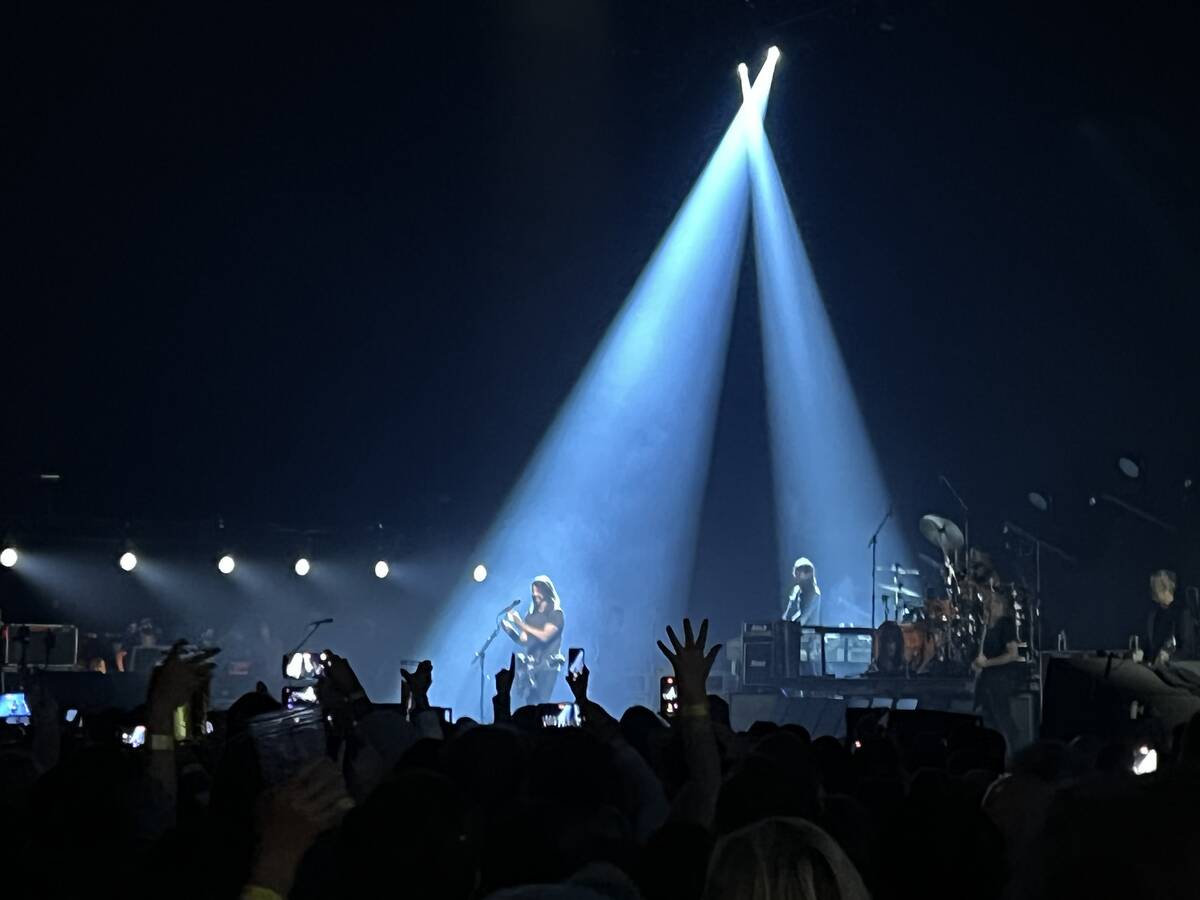 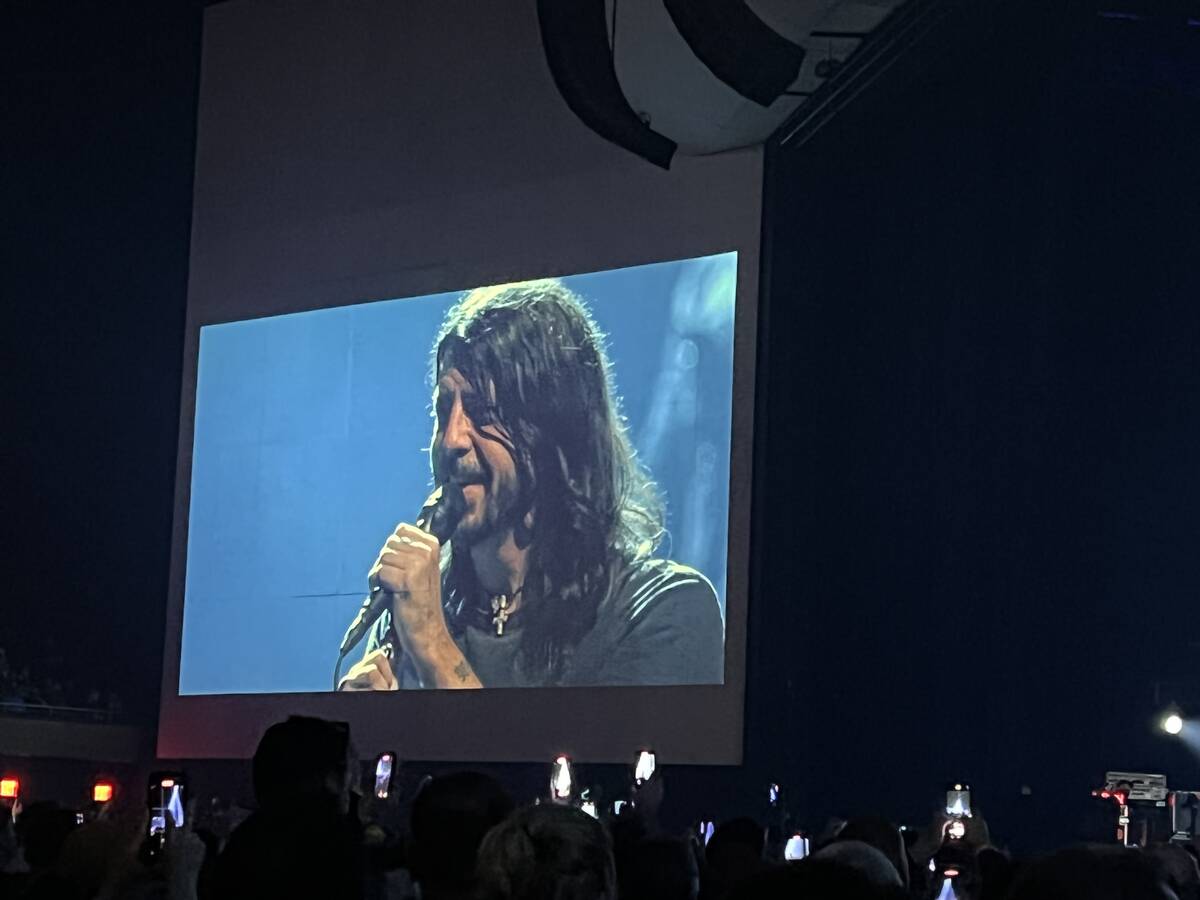 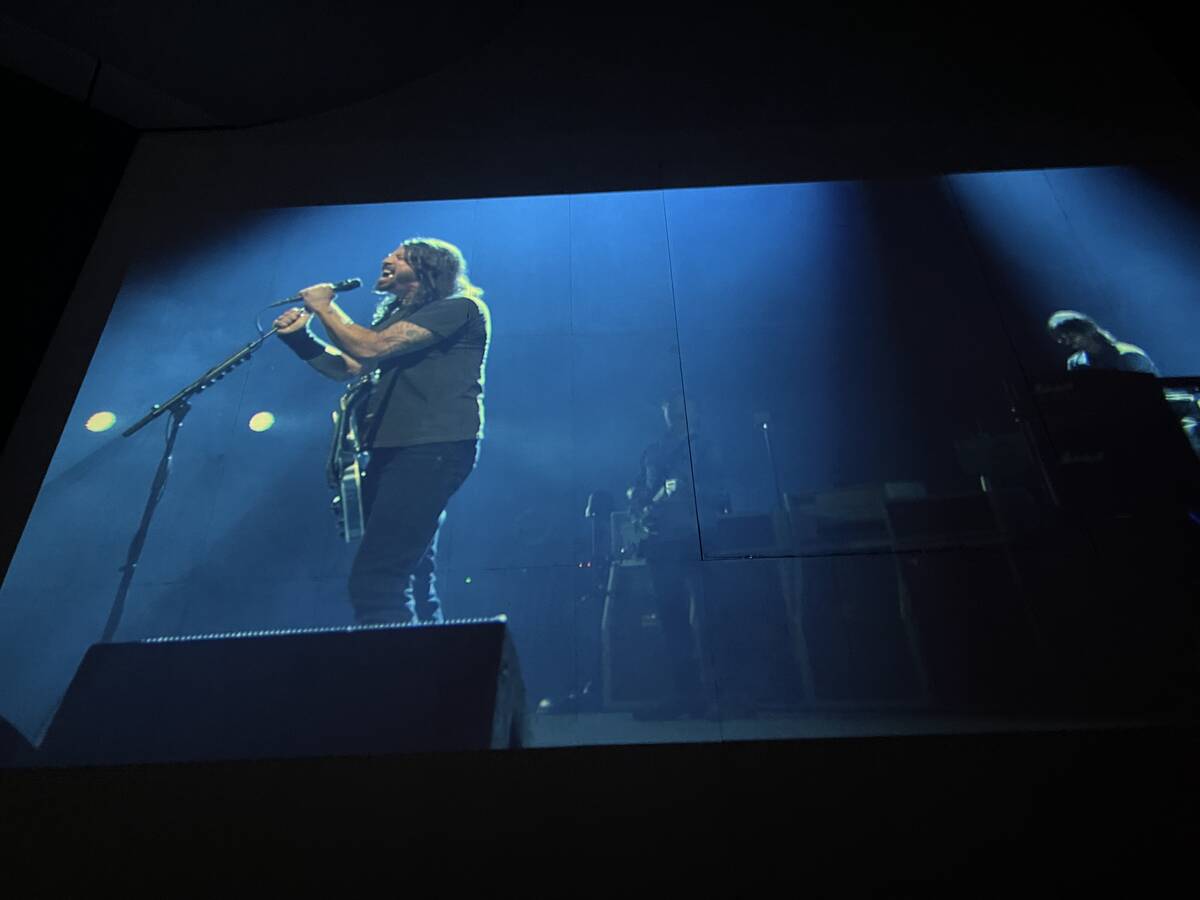 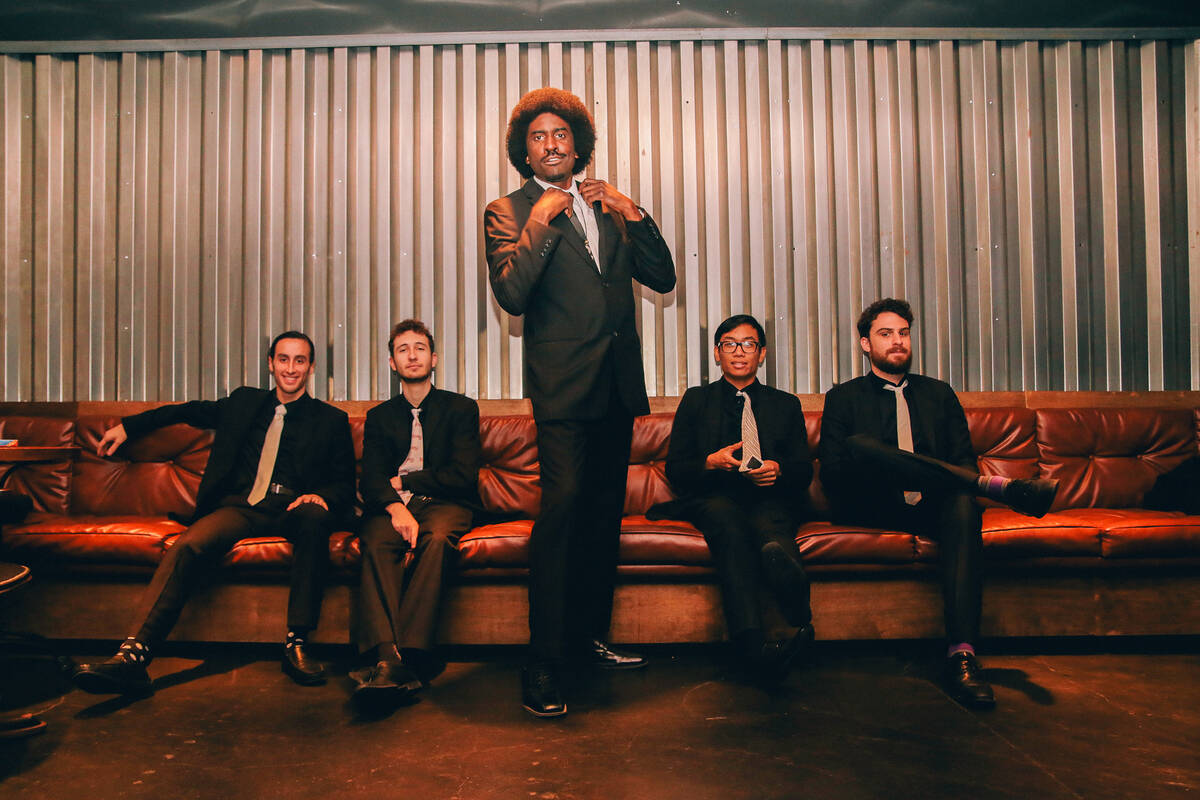 The Lique has released (courtesy) 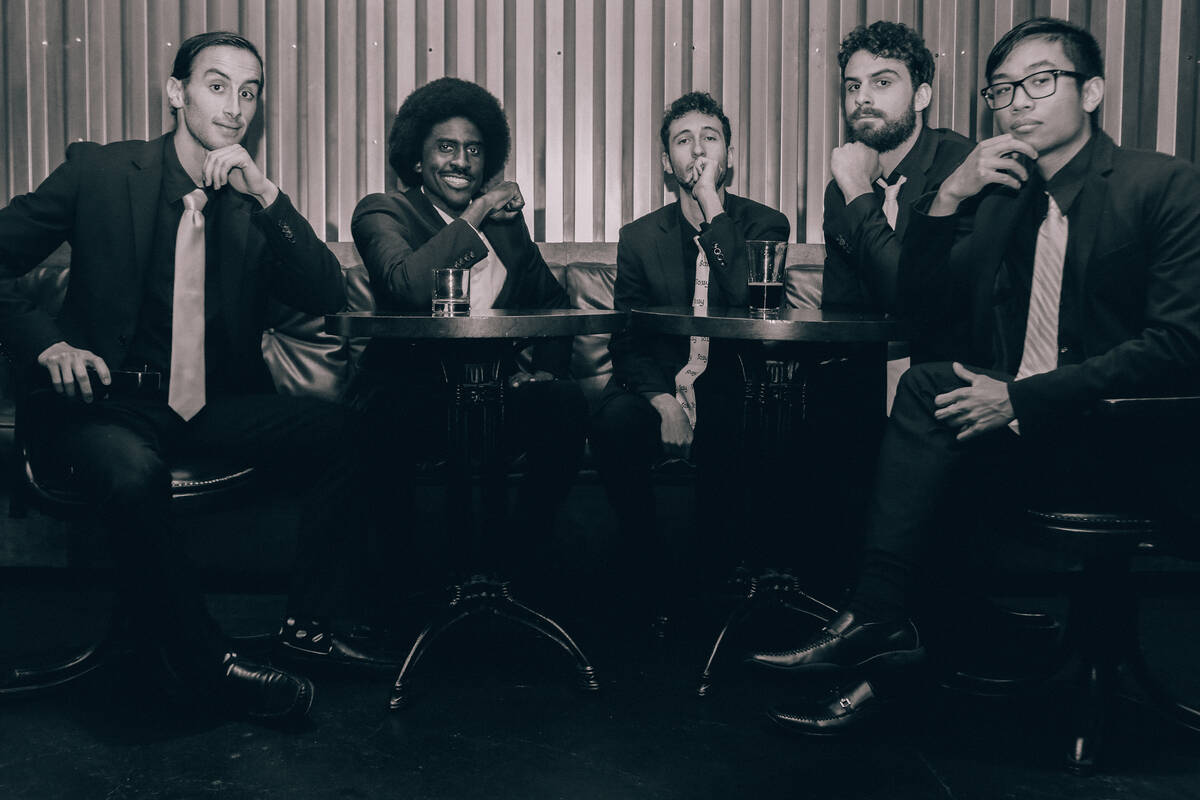 The Kats! Bureau at this writing is the press box at Allegiant Stadium. Rev. Run has delivered an uplifting, and also thunderous, halftime show, performing pieces of “Walk This Way,” “It’s Tricky” and “My Adidas.” Alongside DJ Mel DeBarge, the Rev shouted, “Preach on a Sunday, rap on a Monday! Y’all do what Run say, ya get better one day!”

Ah, just the spiritual boost to make it through these paragraphs. More from this scene, and elsewhere:

Dave Grohl asks questions for which he knows the answers. “Are you ready to rock!?” is one. Another, “You want us to play one more!?” Grohl growled for the 5,000-plus fans packing Dolby Live on Saturday night.

Grohl also teased the Foo Fighters’ future on the Strip. He compared the Saturday night show to Thursday’s opener, saying the second crowd was cooler or louder or some-such. Then, the rock lord said he looked forward to a time he could compare a Day 27 with a Day 29 audience, “When we eventually come here and do our residency!”

The folks around me, and everywhere else, went nuts, the noise wiping out the rest of Grohl’s comments. This statement came just moments after I looked around that full house and said, “They should be in residency here for two years.”

The seemingly tireless rock band tours from February through August 2022. If Grohl & Co. do plant it for a time in Vegas know who broke the news, between brews.

New from The Lique

“Imposter Syndrome” was not meant to be a posthumous tribute to Rasar Amani. But The Lique’s third album, released last week, has become that. The front man and co-founder of the Vegas funk/jazz/hip-hop fusion band died Sept. 30 at age 35. Amani had completed his work on the album at the time of his death.

Jeremy Klewicki, the band’s drummer and lead spokesman, said just before the album’s release, “Rasar’s contributions are exactly as he intended them to be. He did everything that he wanted to do. In that spirit, we didn’t really edit him much or dramatically change any of his musical ideas.”

The Lique’s remaining members, Klewicki with Sean Carbone, keyboardist Jason Corpuz and bassist Nick Schmitt will remain a creative collective. How the band will move forward is yet to be decided.

“There’s the only thing that we have absolutely confirmed with each other is that, whatever way that The Lique continues, we aren’t going to find another rapper, we’re not going to replace Rasar,” Klewicki said. “But we all want to continue as The Lique. Working on this album has inspired us to maybe work more as a like a production collective, in the way that that we did for this album.”

Raiders House Band front man and creator David Perrico is returning with his Pop Strings ensemble, at Sunset Station’s Club Madrid from 8 p.m.-10 p.m. Jan. 8. Perrico, as readers of this column know well, headlined for four years at Cleopatra’s Barge. The band lost the Barge when it was unplugged in May. This gig returns Perrico to Station Casinos, for whom he headlined for a time at Rocks Lounge at Red Rock Resort. Perrico’s band is picking up momentum, post-pandemic. Playing as a house band for an NFL team will do that.

I caught Imagine Dragons frontman Dan Reynolds and his wife, Aja Volkman, while lurching along the GA line leading the Foo Fighters show at Dolby Live. Great to see them on date night. I actually saw someone who looked like Reynolds walking through the casino earlier, and thought to tell this guy he looked just like Dan Reynolds. I decided, nah, this person probably gets that all the time. But it was him.

Anka has the time

Paul Anka is one of the few performers still working who can speak to Vegas early era of headline entertainment. Anka plays March 10 at Reynolds Hall. That is also the Smith Center’s 10th anniversary. It’s a coincidence, and also destiny.

Carrie Underwood leads a tour of the Theater at Resorts World Las Vegas on her @CarrieUnderwood Twitter feed. We learn whence she was inspired with all those dazzling costumes in her “Reflection” production.

“There is something glitzy and glamour-y about women in country music,” Underwood said. “We love our rhinestones. We love our wardrobe changes. We’ve been doing our own version of Vegas in Nashville for generations.”