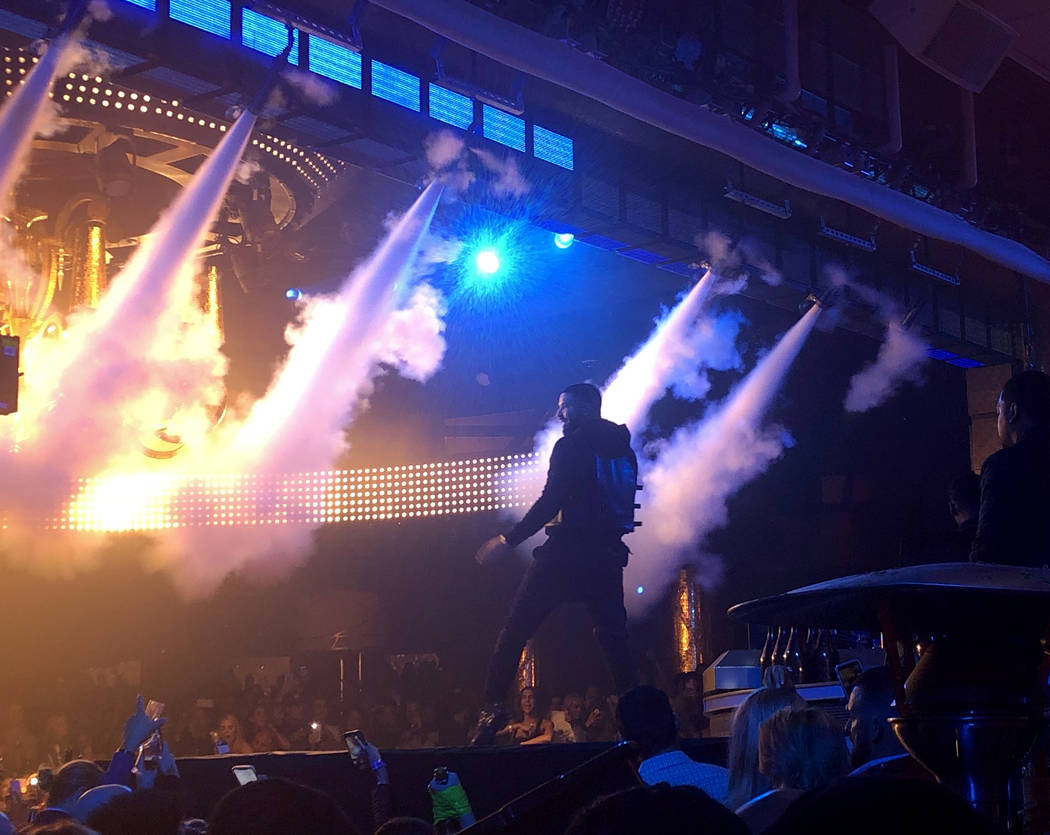 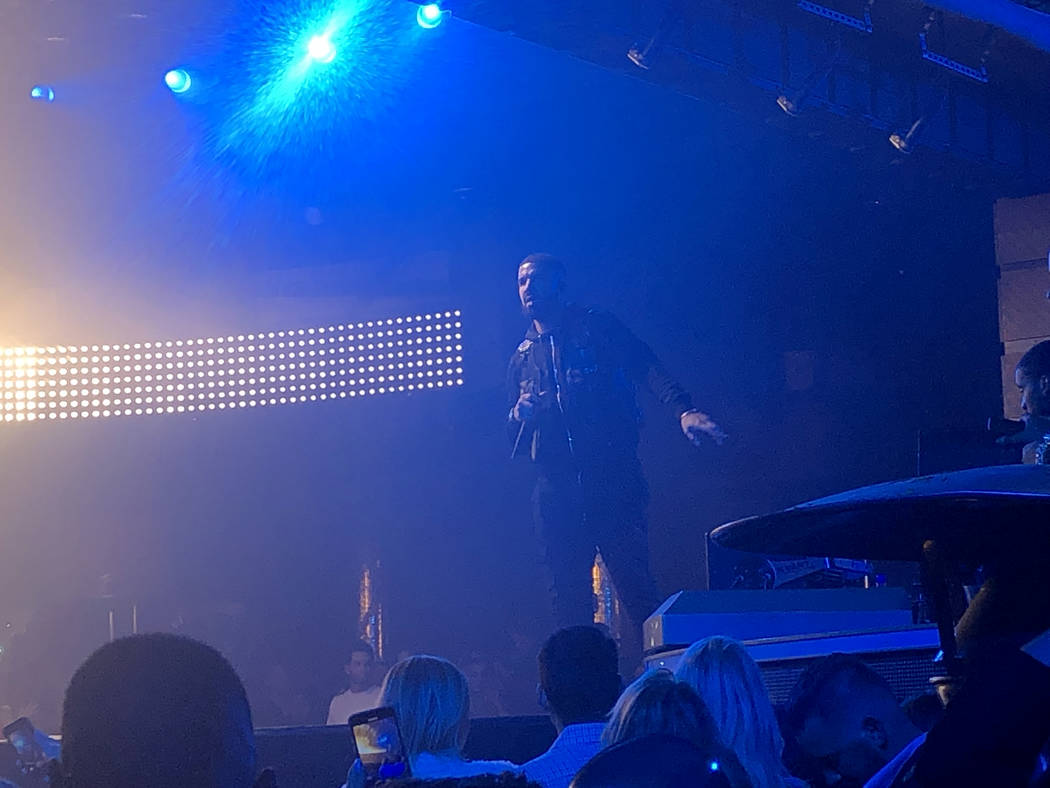 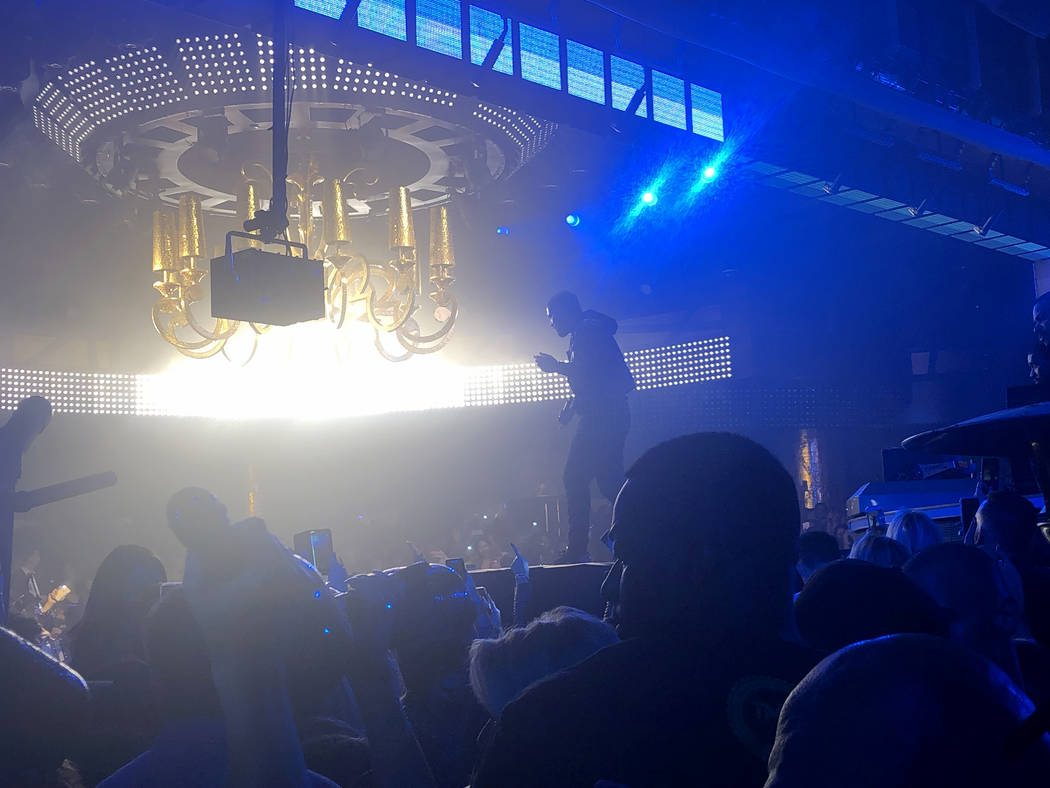 Drake is a man of wealth and, yes, excess, worth more than $100 million in published accounts.

Very late Thursday night, he hinted strongly he’s a man of XS, too.

“Vegas! When I came back, I thought it’d be back at T-Mobile Arena or some (stuff),” he said during a 30-minute foray of his richly streamed music at XS Nightclub at Wynn Las Vegas. “But I’ll be back here at XS all year. You’ll have a lotta chances to see me.”

The crowd, 1,600 inside the club and another 3,200 or so on the outdoor Encore pool venue, went crazy. Well, they were already pretty crazy — many were CES conventioneers who had survived the annual trade show. But that comment, soon followed by a toast to 2019, was as strong an indication yet that the rap superstar is about to announce a residency at Wynn Las Vegas.

He certainly delivered financially. The man who calls out, “I take time to make that money!” scored a reported $2 million for his appearance on Thursday, more than double the single-night record at the club. Partiers paid upwards of $250 to see him perform.

Sources familiar with the XS resident bookings have reported that Drake has indeed agreed to 12 shows over two years. Wynn has not announced its formal 2019 residency roster (the resort did issue a full 2018 list in the first week of last January), but this is the same club that has paid exorbitant fees for The Chainsmokers, Diplo, Dillon Francis, Marshmello and David Guetta, among others.

In December, a club spokeswoman said of the man whose legal name is Aubrey Drake Graham, “We look forward to the opportunity to discuss more performances for the future.”

Drake lorded over the club for 30 minutes, arriving at 3 a.m. and tearing through an unbroken medley (the highlight from my party pit was his a cappella version of “In My Feelings.” The requisite strobes and CO2 cannons punctuated his performance. Parties bubbled over across the scene, with LED sticks, lettered signs and glittery confetti flying about. Congrats to TREY, blessed with many ebullient friends, for celebrating whatever he was celebrating.

At the end of his set, the 32-year-old star of moment asked the crowd to raise their drinks. “I want to look you each in the eye, I wish you all the happiness and health in the world in 2019.” Clearly, Drake is already on his way.