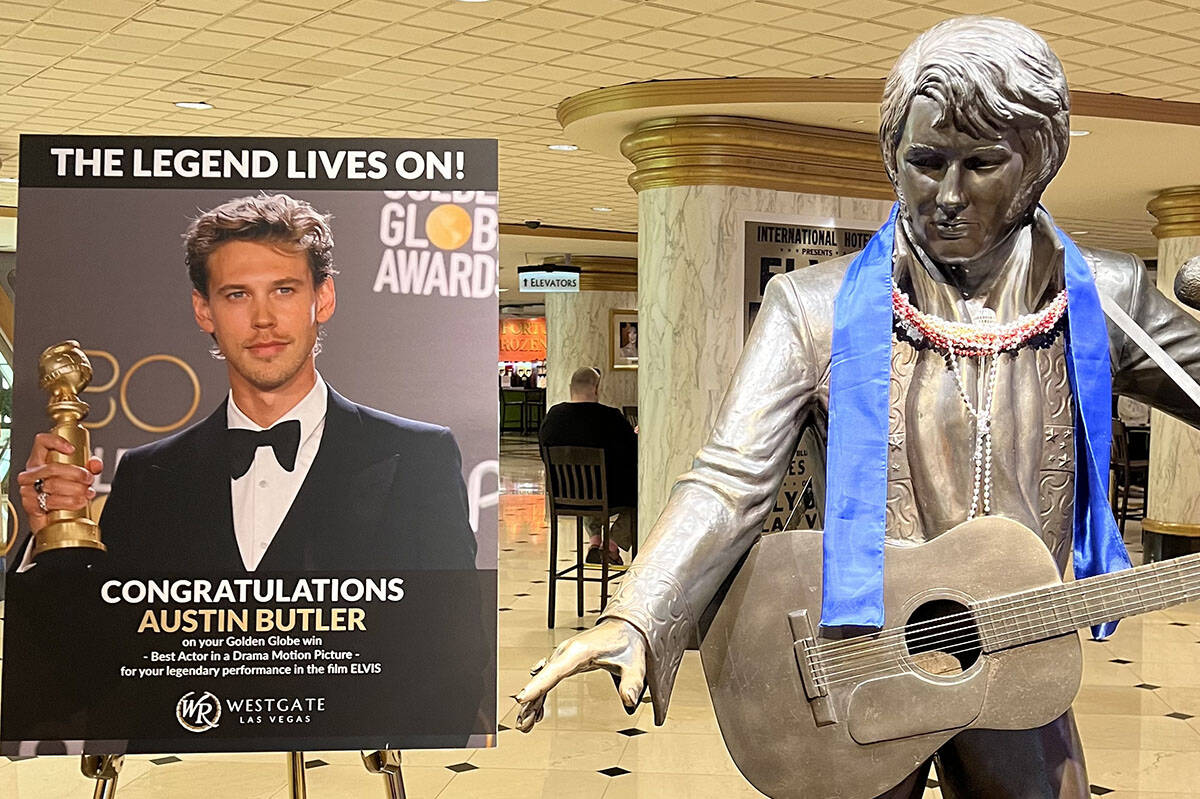 A congratulatory sign next to the famous bronze statue of Elvis Presley is shown at Westgate Las Vegas on Wednesday, Jan. 11, 2023. (Gordon Prouty) 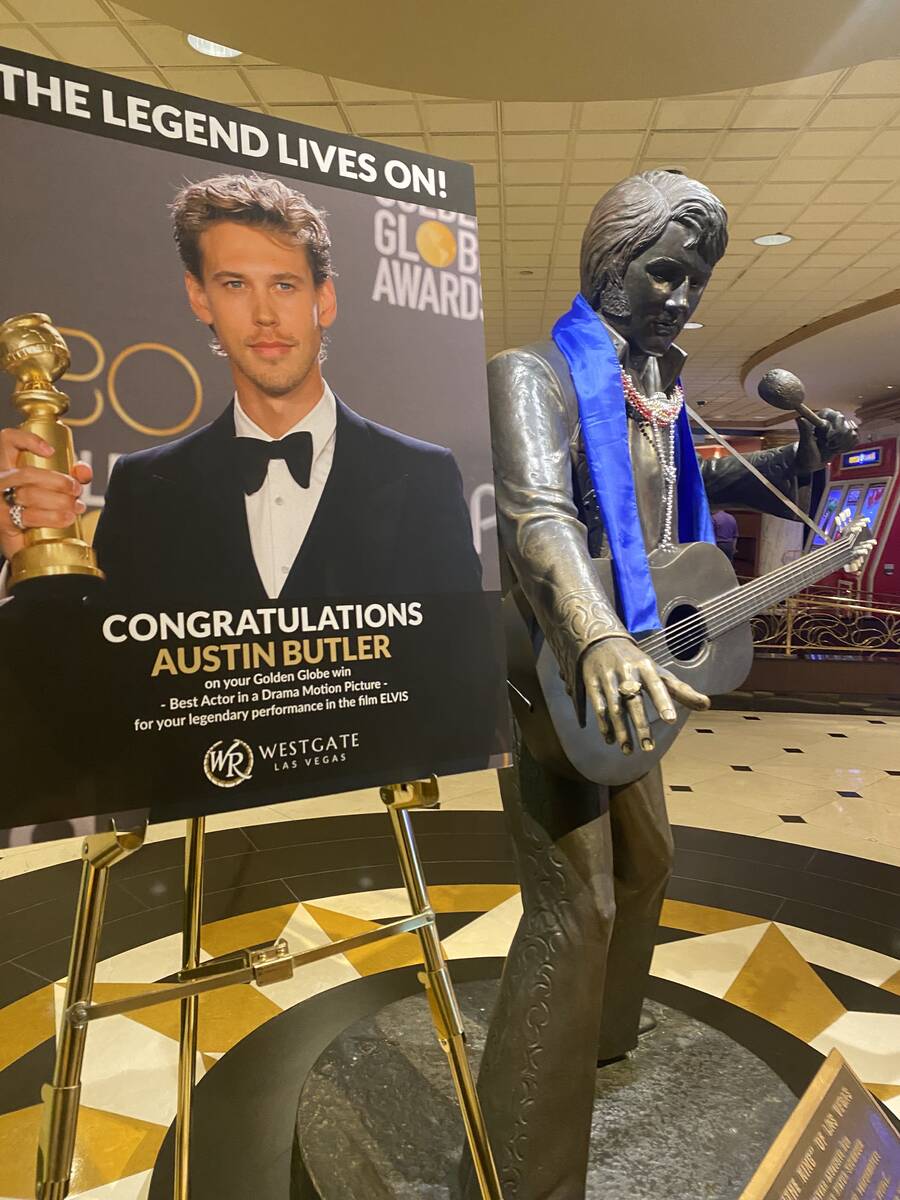 A congratulatory sign next to the famous bronze statue of Elvis Presley is shown at Westgate Las Vegas on Wednesday, Jan. 11, 2023. (Gordon Prouty)

When it comes to celebrating Elvis, or the actor who portrayed him in blockbuster movie, the Westgate doesn’t miss a beat.

Hotel officials have installed a congratulatory sign to Golden Globe winner Austin Butler next to the famous bronze statue of The King just off the hotel entrance. Butler won Best Actor in a Drama Motion Picture in his performance in Baz Lurhmann’s epic biopic “Elvis.”

Butler accepted the award Tuesday night at the Beverly Hilton in Beverly Hills, Calif.. By Wednesday morning, a sign lauding Butler’s victory was standing next to Elvis.

“This is definitely something to celebrate,” hotel PR rep Gordon Prouty said. “Elvis is such a big part of this property’s legacy.”

Elvis, whose 88th birthday was Sunday, will still generate attention at his former haunt throughout this year. Superstar headliner Barry Manilow is on a pace to surpass Presley’s record of 636 performances in International Theater this September.

Butler’s acceptance speech caused a stir across social media and also mass-media outlets. He seemed to channel the King while praising his Hollywood heroes and thanking Priscilla and Lisa Marie Presley, who were in the audience.

“My boy, my boy. Oh, man, all my words are leaving me. I am just so grateful right now,” Butler said in a husky, Southern drawl, reminiscent of the King’s. He told media afterward, “I don’t think I sound like him still, but I guess I must because I hear it a lot. I often liken it to when somebody lives in another country for a long time, and I had three years where that was my only focus in life, so I’m sure there’s just pieces of my DNA that will always be linked in that way.”

Barge is spoken for

An acquaintance in the entertainment community mentioned to me a plan to pitch a headliner at Cleopatra’s Barge. Great idea, if this is 2017. This was once a moated destination for live music, with Wayne Newton, Dionne Warwick, Paul Shaffer and the Shaff-Shifters and Matt Goss among the headliners. But the Barge is reportedly being taken apart — even as we speak — for a speakeasy. Will the water return? Or even live music? Time will tell.

Returning to the topic of International Theater, Winger is playing its first show at the Westgate, along with Lita Ford, on March 4. I had not seen Kip Winger perform until he played bass in an all-star band with Frankie Moreno, the late Vinnie Paul and Danny Koker at Counts Vamp’d Rock Bar & Grill several years ago. This crew crushed it.

Next on the party tarmac, George Clinton & Parliament Funkadelic play the theater at 7 p.m. Friday. As the King of Funk advises, “Bring two booties.”

What isn’t here … Ah, “Boombox.” There was a plan to return, but nyet, as of yet. Maybe the 1990’s revival will heat up the summer. If/when it does, we’ll call it a reopening. That one just kinda slid on out.