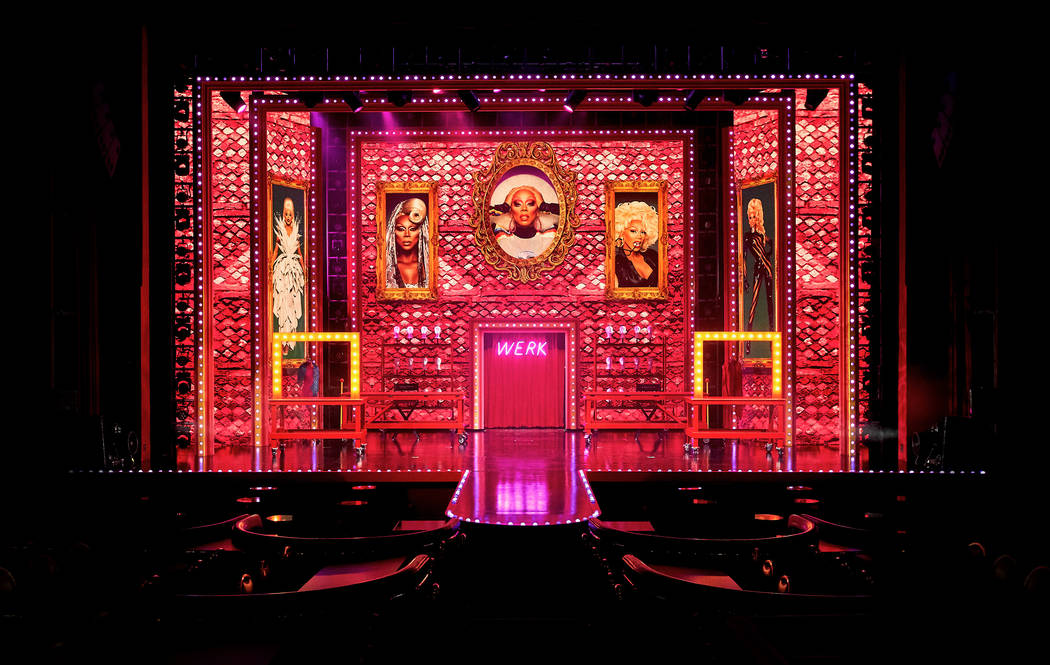 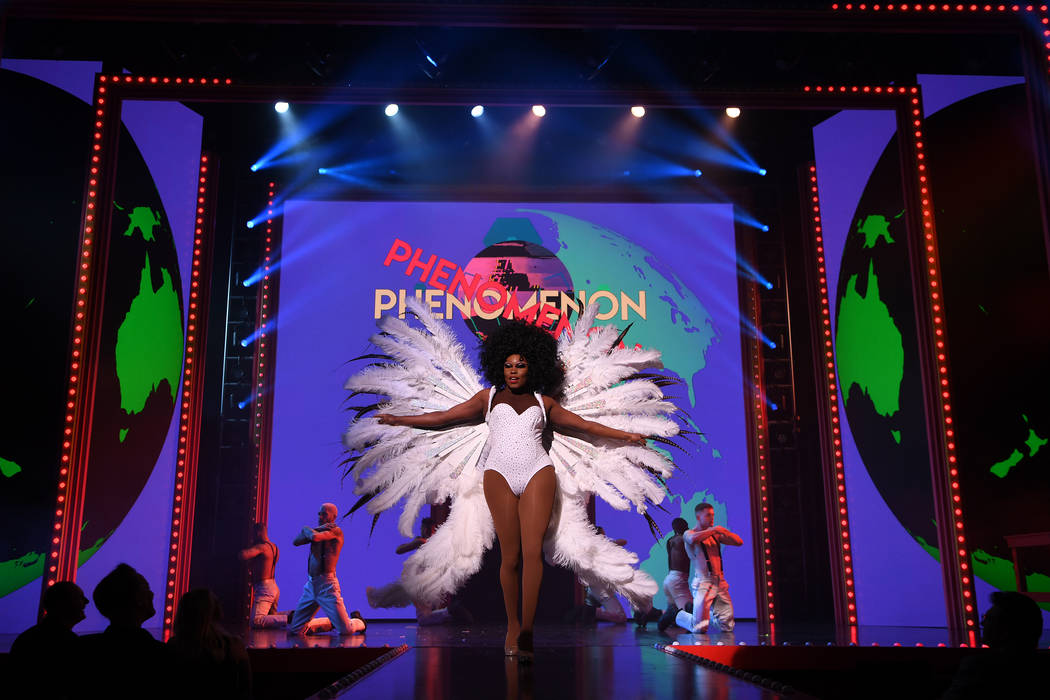 Andy Walmsley has had equal success working with drag queens, mobsters, puppets and Aussie singers. He’s won an Emmy for his set design of “American Idol,” and also developed the stages for the game show “Who Wants to Be a Millionaire;” the Las Vegas production “Idaho! The Comedy Musical;” and “The Muppets Take The Bowl” musical at the Hollywood Bowl.

Though living primarily in Manhattan these days, Walmsley is at it once more on the Las Vegas Strip. Most recently, his mirror-plated headphones, tongue-designed Clap-O-Meter and colorful video bursts back “RuPaul’s Drag Race Live!” at Flamingo Showroom.

With that show, Walmsley hit the Vegas-centric number of 21 shows in the city where he began his design work nearly 15 years ago.

From Jeff Kutash, producer of “Splash” at Riviera, the adult revue featuring souped-up cars ran from April through September of 2006, closing just before the hotel itself shut down the following October. Says Walmsley:

“My first Vegas show and truly the last of the old school shows design wise where there where many scene changes each with a very distinctive theme/style similar to a show, like, say ‘Jubilee,’ where the visual look of the set has to be completely different for each themed segment in the show. I was also delighted to work in the famed Stardust Showroom.”

“This show had much more of a musical theater feel, so I wanted to bridge the gap between the visual style of a musical and the glitz of Vegas. Also similar to the Terry Fator set, the stage is tiny in proportion to the room so I exploded the set out onto the side rooms of the theater and used a LOT of video projection mapping.”

Walmsley was brought in to retool the set for Adam Steck’s SPI Entertainment production as it moved from the then-Imperial Palace to The Venetian’s Sands Showroom in 2013. Says Walmsley:

“I wanted this set to have the feel of a giant jukebox. Not literally, but subliminally, with the various light boxes framing the boys as they bring these juke box songs to life literally bursting through the proscenium (or jukebox) into the audience as everything around them lights up in an explosion of color.”

Fator has performed in the venue since March 2008, when Walmsley designed the ventriloquists first Mirage stage. Today, Fator shares the venue with magician Shin Lim with Colin Cloud, and the rotating lineup of comics in Aces of Comedy. Says Walmsley:

“This show replaced Danny Gans, who had previously been in that room. Additional to the room embracing a ‘Cheesecake Factory’ style, the stage was proportionately tiny in such a huge room. If your sat at the back, the stage is a postage stamp in the distance. So my trick was to explode the scenery out onto the sidewalls giving the illusion that the stage is much wider than it really is.”

The show opened Jan. 30 in the former Donny & Marie Showroom. The new set is a colorful, often explosive complement to the energetic cast. The staging also is indicative of the production’s ambitious creative energy, and also financial investment.

“I channelled my inner drag queen and designed a truly over-the-top, larger-than-life, glitzy-cartoonish, you-go-girl-design. The first show I ever saw in Vegas was ‘City Lights’ at the Flamingo, and I remember exactly where I was seated, so during the ‘RuPaul’ rehearsals I kept sitting on that chair and recalling the exhilaration I had felt that night finally seeing my first Vegas show.

“And now, here is my set in the same room and at this point I have designed 21 Vegas shows … be careful what you wish for.”