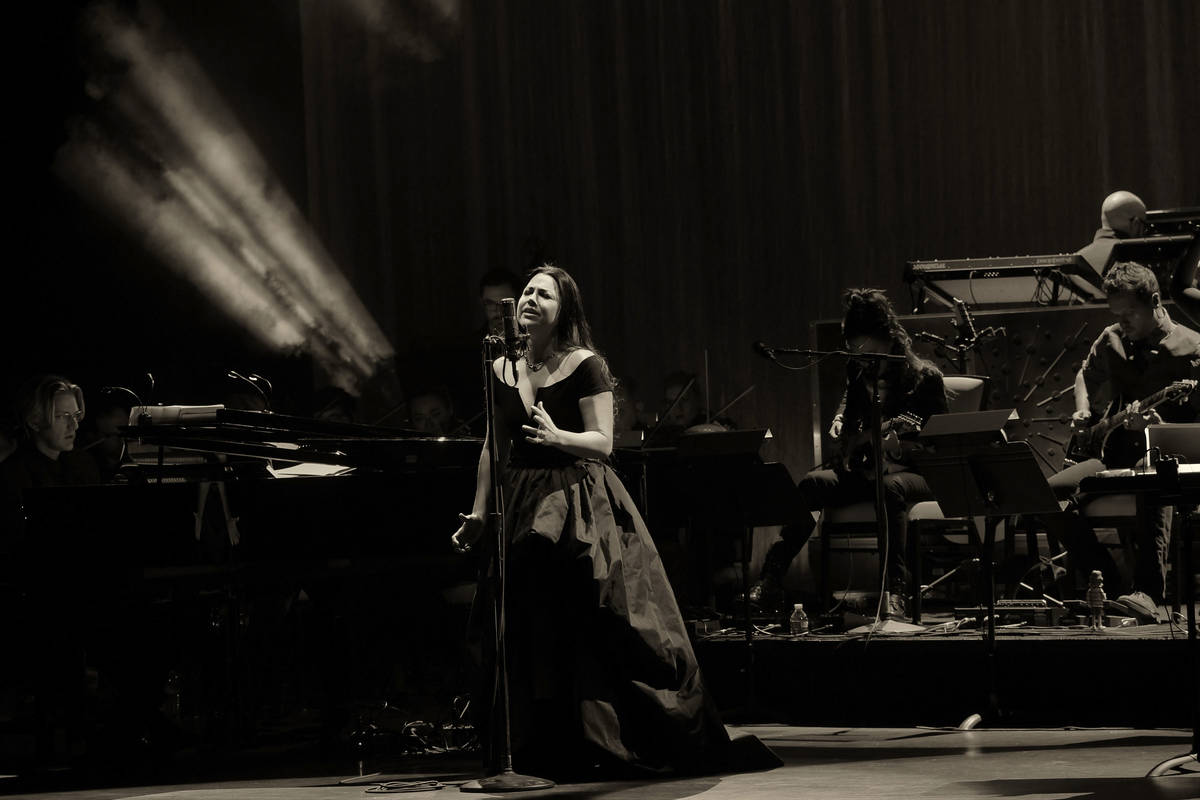 Recording artist Amy Lee of Evanescence performs as the band kicks off its tour in support of the upcoming album "Synthesis" at The Pearl concert theater at Palms on Oct. 14. (Denise Truscello/WireImage) 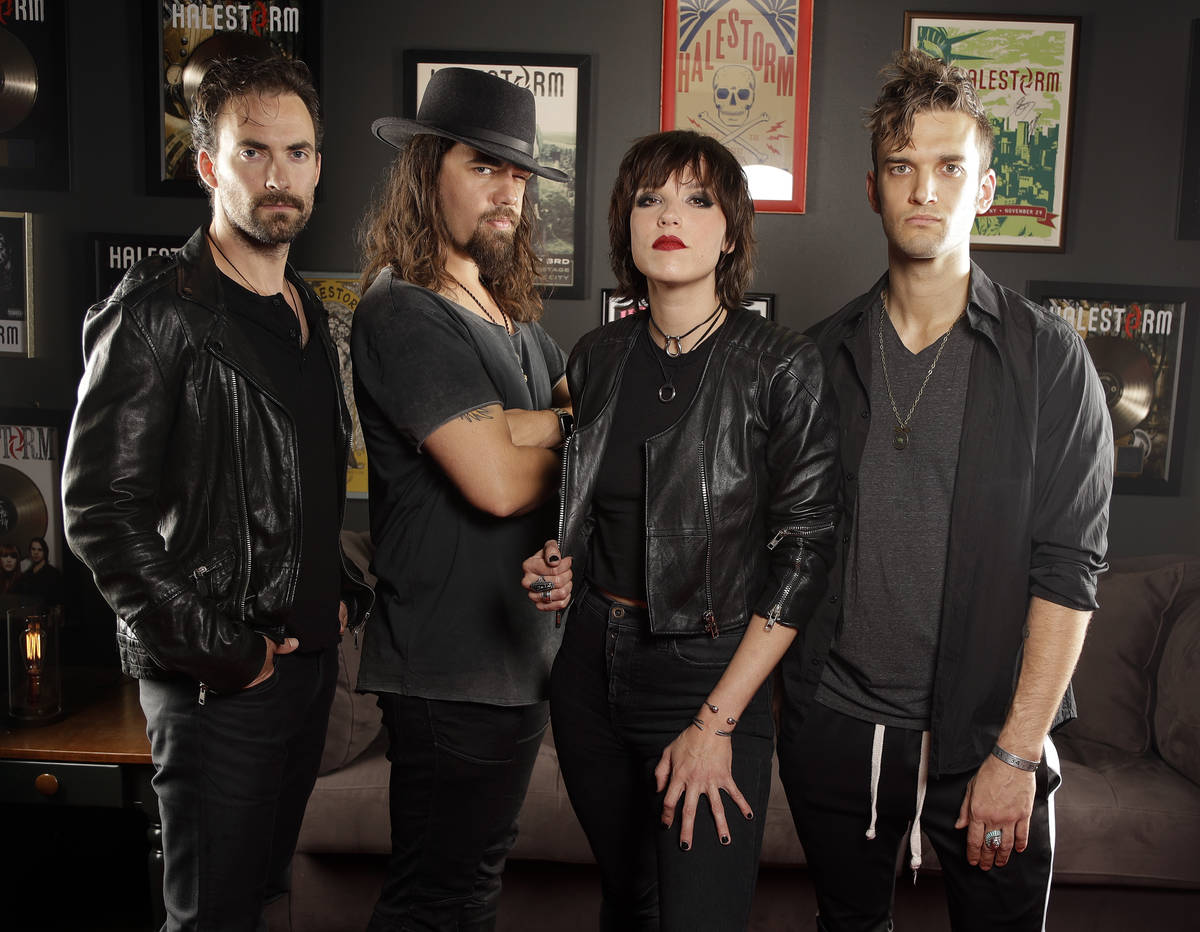 ● Evanescence and Halestorm bring the rock back to The Chelsea at the Cosmopolitan, a twin-bill set for Nov. 12 (tickets onsale 10 a.m. Friday).

Evanescence broke with “Fallen” in 1995, which sold 17 million copies and produced the hits “Bring Me To Life” and “My Immortal.” Halestorm won a Grammy in 2013 for Best Hard Rock/Metal Performance for “Love Bites (So Do I).”

Epps stars in the Netflix comedy “The Upshaws,” which he produces. The series is centered on his autobiography, “Unsuccessful Thug,” which chronicles his upbringing in Indiana.

Look for a retelling of “Lost In Your Eyes,” a sweet duet from “The Mix Tape Tour” in 2019. The series featured McIntyre with New Kids On The Block, Gibson, Salt N Pepa, Tiffany and Naughty By Nature. The tour played then-Mandalay Bay Events Center (now Michelob Ultra Arena).

Louie Anderson capped his two-show return at Laugh Factory at Tropicana with a Mother’s Day show Sunday. Afterward he indicated he was pleased overall with his return to the stage, with Saturday night’s show especially rewarding (full house, standing ovation, no incessant chatter from a person up front, which was the case Sunday).

Comfortable and in command, Anderson tested more than an hour of new material for his upcoming live-stream special June 12. on the RushTix online platform. There is also some encouraging banter about Anderson possibly returning to residency in Las Vegas, with a few suitors, including Laugh Factory. We’d welcome that. He looked at home in Harry Basil’s comedy haunt.

E is for ‘Everything’

Skye Dee Miles’ “Bourbon and Blues” debut at The Shag Room at Virgin Hotels Las Vega on Saturday night was bananas, folks. Miles and her four-piece band made it count, from 10 p.m.-2 a.m., powering through a rollicking set that included the oft-covered Muddy Waters classic “I Just Want To Make Love to You,” “They Say I’m Different, “and “Grits Ain’t Groceries.”

This the first full band show in the room (at least that I’ve seen), with DeeFlat Major on bass, Jimmy Powers on guitar, Michael Bradford on drums and Dave Siegel on keys. Great lineup, full of congenial types.

The series continues through May. The Shag Room is a “discovery” at Virgin Hotels, tucked behind the photo booth at the back of the Bar at Commons Club. The purple decor, including the carpet, hint subliminally (and we guess, unintentionally) to the Hard Rock Hotel days. This is a very swanky place. A suggestion: Throw some light(s) on the subject(s), make Miles’ show a thing through this month, and keep the party lit through the summer.

Michael Grimm, the busy “America’s Got Talent” Season 5 champ and recent mainstay at Italian American Club Showroom, is back Wednesday night with “Honoring The Divas Of Soul,” a tribute to such legends as Aretha Franklin, Ella Fitzgerald and Etta James. Thursday, it’s Crooners, Inc., starring The Producer (Dean Perry) and The Diva (Miss Mala) with a rotating cast singers. The show hearkens to the Rat Pack era, which is fortunate, because so does IAC.

Dinner for both shows is 6:30 p.m., music commences at 8 p.m. The post-party in the restaurant and lounge is “ongoing.”

Brown and her partner, Jason Tanzer, have also teamed on another great original, “ShooBop,” streaming everywhere ya wanna listen to music. Another dandy original from these two. There is no cover for the shows at NY-NY, just behind Nine Fine Irishmen, but gratuities are righteous.