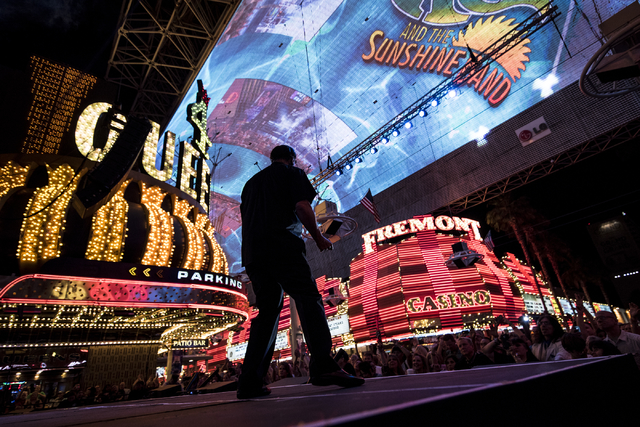 KC and the Sunshine Band performs at the Fremont Street Experience in Las Vegas on Saturday, May 23, 2015. (Joshua Dahl/Las Vegas Review-Journal) 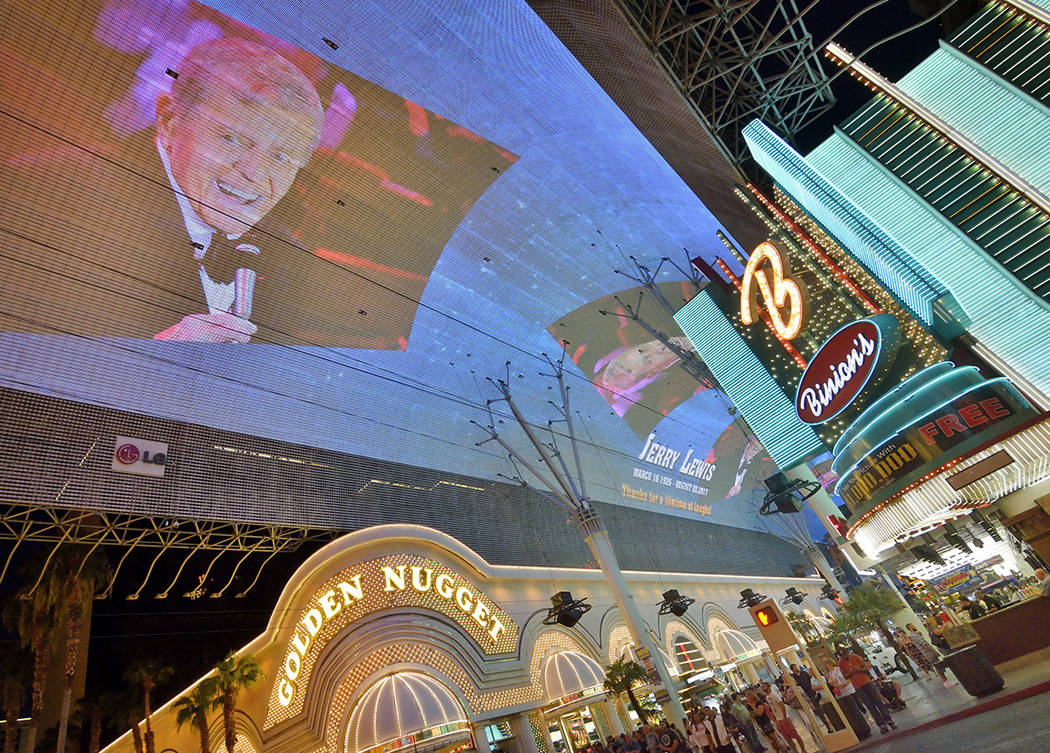 A tribute to Jerry Lewis is shown on the canopy of the Fremont Street Experience in downtown Las Vegas on Monday, Aug. 21 2017. (Photo/Las Vegas News Bureau/Bill Hughes)

How many people does it take to change the light bulbs at Fremont Street Experience?

It also takes about $33 million.

Moving in a measured way into the contemporary era of LED effects, the FSE Viva Vision Light Show is seeking approval from the Las Vegas City Council and Las Vegas Convention and Visitors Authority to upgrade the attraction for the first time since 2004.

The project will be reviewed by both the city and LVCVA by the end of February, the respective dates still being sorted out. The FSE canopy show is a public-private partnership, in which the Fremont Street hotels act as a kind of homeowners’ association and share in the maintenance of the light show.

The overhaul would ideally begin this summer, and last 14 months.

“We want to take what is one-dimensional now and create a new, floor-to-ceiling, interactive experience to separate us from the rest of the world,” FSE President and Chief Operating Officer Patrick Hughes says. “We need to meet that expectation.”

Hughes cited LVCVA’s 2016 tourism numbers, which indicate 53 percent of tourists visit downtown, which is home to just 5 percent of the region’s hotel rooms.

“The key for these visitors is content, to give these people visiting a memorable experience so they will continue to come back,” Hughes says. “They might not be staying in these rooms, but they are spending time and money on Fremont Street.

Hughes also said the show would continue to display multimedia music and visual content during its upgraded phase, saying, “If we are 75 percent finished, we’ll use 75 percent.”