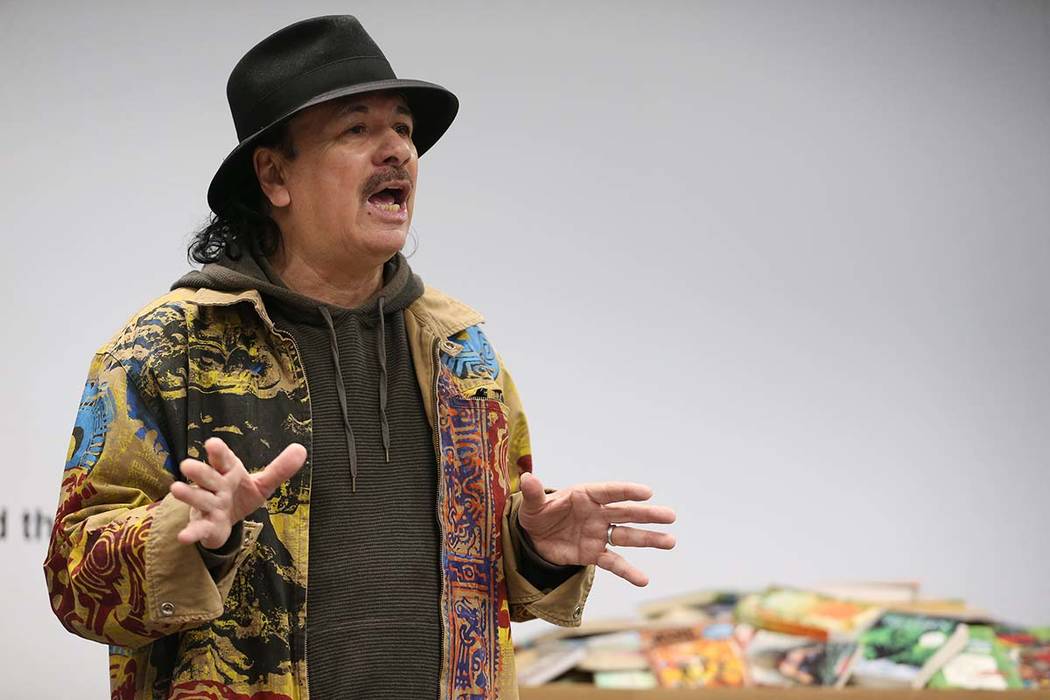 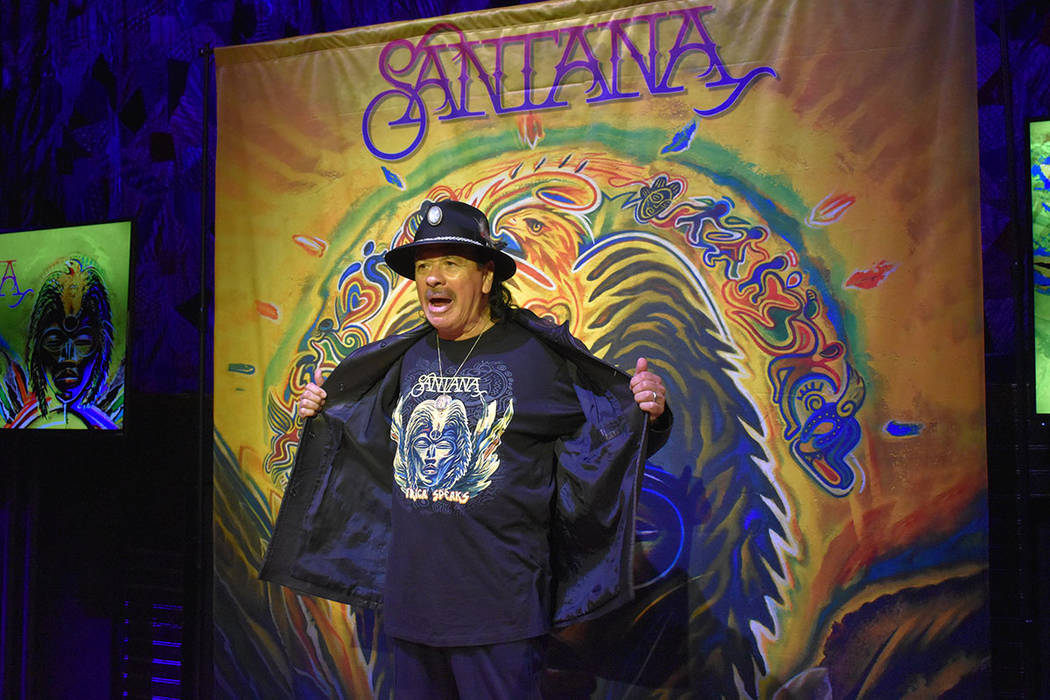 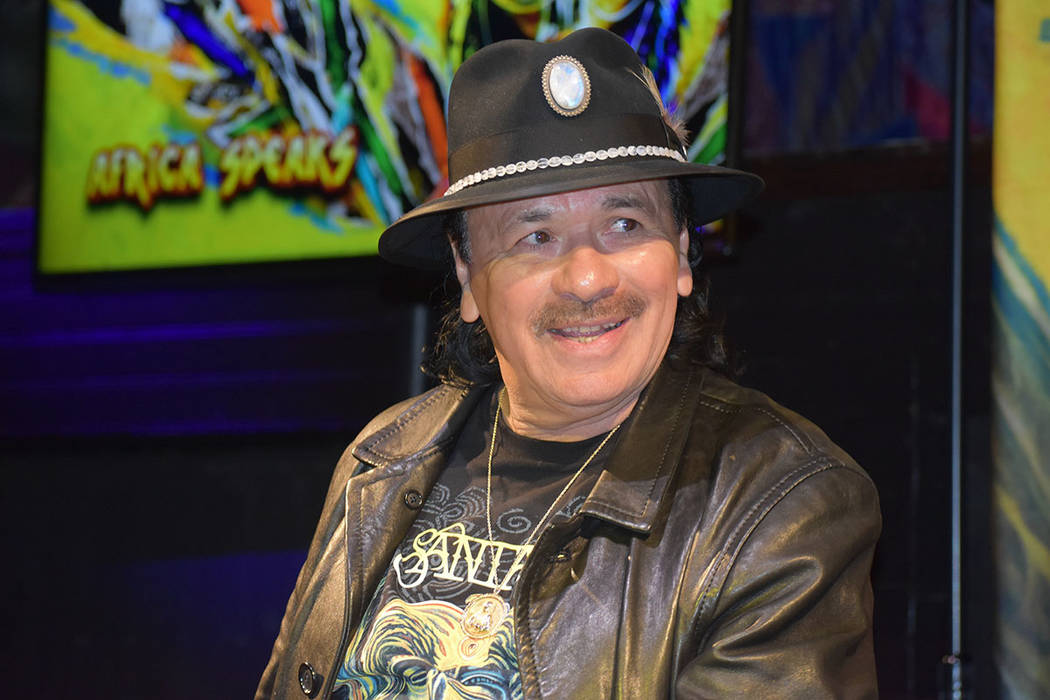 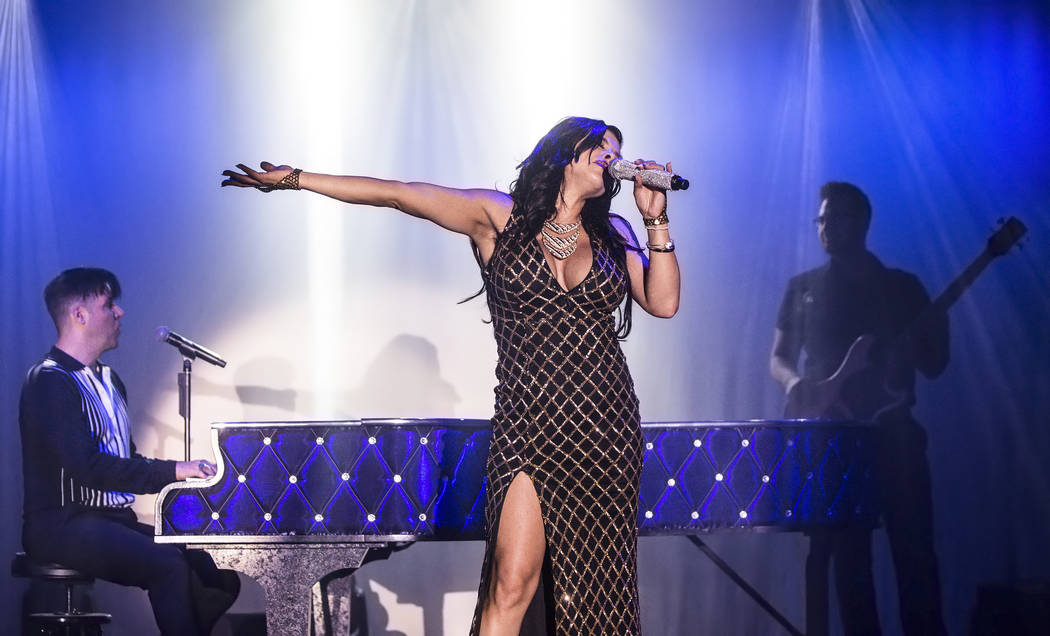 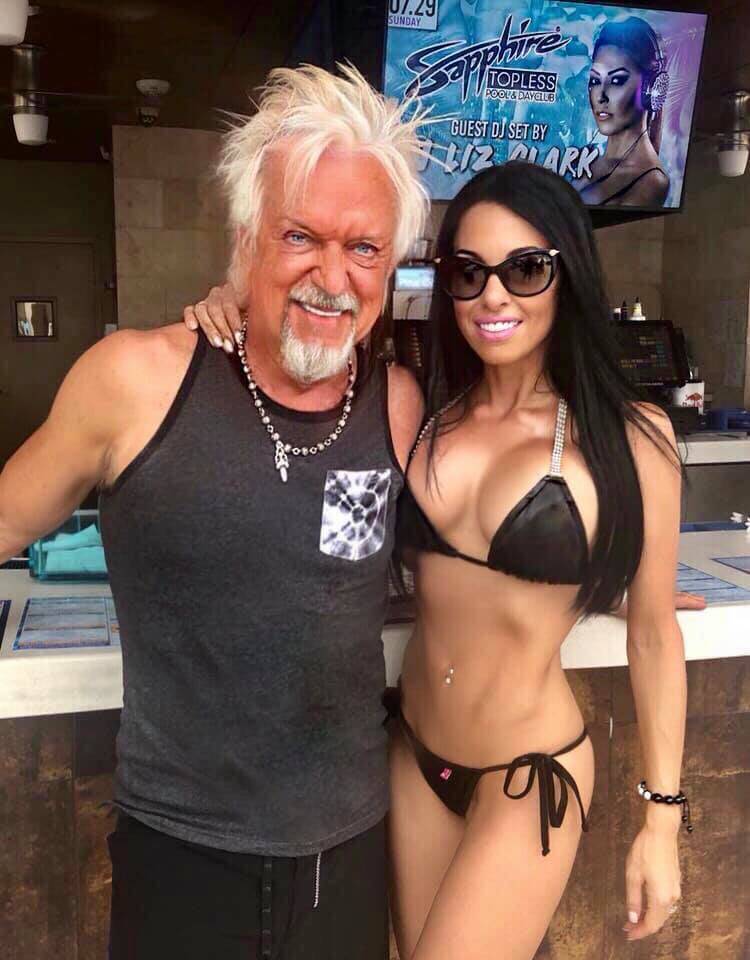 The Kats! Bureau at this writing is the nerve center of Mondays Dark. I have some nerve being here, HEY-OH!

But seriously, the night is lit up with a summer/backyard barbecue theme to support Las Vegas Rescue Mission. I happen to live downtown, not so far from the mission, and this facility needs support this Monday, every Monday, and every day ending in “Y.”

Carlos Santana, who broke in a big bad way at the original Woodstock, is officially out of next month’s anniversary event after the festival moved to Maryland. The new site is Merriweather Post Pavilion in Columbia, Maryland, from Aug. 16-18. The festival has been beleaguered almost from the start, with sponsorship upheaval (at one point original investors announced it was canceled) and multiple sites planned.

Santana had committed to the original Woodstock 50 site at Watkins Glen International Speedway, saying in May, “I’m going to be at both. They may not be, but I will be.”

But as Santana spokesman Michael Jensen said in a statement Monday, “Carlos Santana will not be performing at the 50th Woodstock celebration at Merriweather Post. Santana with The Doobie Brothers will be performing August 17th at Bethel Woods Center For The Arts in Bethel, New York (near the original site at Max Yasgur’s farm).”

In a coincidence that helped douse Santana’s interest in the 50th anniversary, on Aug. 14 he’s playing Jiffy Lube Live in Bristow, Virginia, considered to be in the same ticket-selling market as Merriweather Post Pavilion.

Country Joe McDonald and former Lovin’ Spoonful frontman John Sebastian, two artists who performed at the original 1969 festival, announced Monday they would not be participating this year.

Another Woodstock original, Encore Theater headliner John Fogerty, joined Jay-Z last week in dropping out. Las Vegas rockers The Killers are still on the Woodstock 50 bill and have not said if they plan to perform in Maryland. Fogerty will be at the Bethel Woods concert, along with Ringo Starr and his All-Starr Band.

To put it succinctly, momentum seems to be working against the new location. As McDonald told the Baltimore Sun, “I have no airfare booked. I have no hotels. I have nothing planned. I’m not interested in getting on a ship that’s sinking, and I don’t see any indication that this ship is not sinking.”

Raiding the Rock Vault is mapping out its post-Hard Rock Hotel plans with its first performances in the U.K., Dec. 5-7 at Subterania music club in Ladbroke Grove, West London. On Dec. 30, Rock Vault finishes its run at Vinyl at Hard Rock Hotel as it transitions to Virgin Hotels Las Vegas.

Rock Vault has beaten the odds in VegasVille at three hotels, opening at the then-Las Vegas Hilton in March 2013 and moving to Tropicana and finally Vinyl in a six-year run covering more than 1,300 shows. Producer Harry Cowell says the show wants to continue in Las Vegas in 2020. Don’t count the Vault out. As Ozzy once intoned “You can’t kill rock ‘n’ roll!”

Yes. Well, in a way. The comic actor and musician whose 8G Band is the house band for “Late Night with Seth Meyers” was in Blue Man Group’s Chicago company as a backing drummer for a year in the 1990s. In a Johnny Carson impression, I say, “I did not know that!” Armisen has temporarily stepped down from his post on the late-night show as Blue Man Band member from Chicago, Jeff Quay, who fills in through Wednesday. Quay remains Armisen’s drum teacher.

On Saturday, Chris Phillips of Zowie Bowie applied the old-age face app to a shot of himself with his wife, Jennifer Phillips, at the Sapphire pool party.

Ok… I know this old age app was soooo last week, but I just wanted to ask my brothers out there if they feel like this (like i do) at these damn Vegas day pool clubs? Haha. Thanks for being seen with me @jenniferlynnephillips :))) ❤️#OldDudeAtThePool #HotWife #ZowieBowie #ShamelssExcuseToPostaPicOfMySmokinHotWifeEvenThoughSheHatesWhenIdoThis

“OK … I know this old-age app was soooo last week, but I just wanted to ask my brothers out there if they feel like this (like I do) at these damn Vegas day pool clubs? Haha. Thanks for being seen with me.”

The effect on Phillips’ face is very Hulk Hogan vibe …