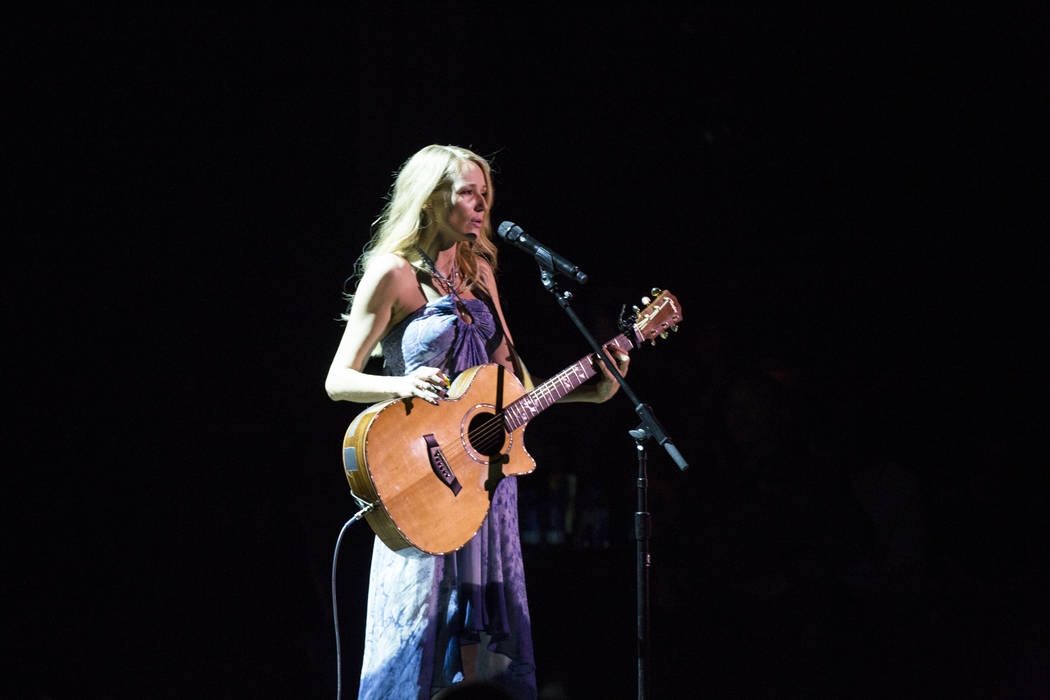 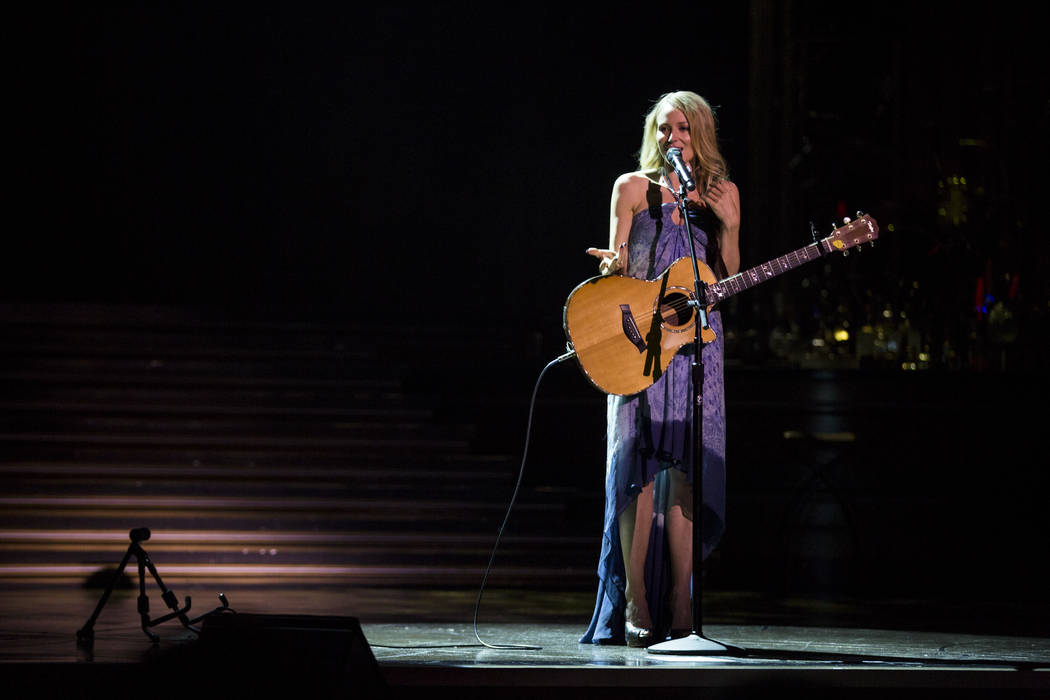 The time is right for some Jewel.

The formidable folk artist and recent Las Vegas resident, who splits her time between Nashville and here, is joining the lineup for the 1 October “Vegas Cares” tribute show at the Venetian Theatre Sunday. She plans to perform “Mercy,” from her 2015 album “Picking Up the Pieces,” a song that is serving as inspiration for the purpose of the event.

Acclaimed abstract artist Tim Bavington, who moved to Las Vegas in 1993, has picked that song as the focus of a permanent monument honoring first responders and those affected by the tragedy. Funds raised will furnish the materials for this project, which is still in its infancy.

Bavington is donating his time, and Jewel her voice, to the effort.

“It’s exciting to be creating a memorial that will help transfer the pain and add to the culture of a city that I’ve really come to love,” Jewel said during a phone chat Wednesday morning. “I have found a humanity and depth here, people at the core who really care about the community. It doesn’t surprise me, because you find that in communities everywhere, but I am part of Las Vegas and find the people here are really focused on what is good.”

Bavington is familiar with civic projects of great structural and artistic integrity, as well as using music to spark his ingenuity. Bavington’s most-recognized work in Las Vegas is his towering “Pipe Dream,” sculpture at The Smith Center for the Performing Arts, inspired by Aaron Copland’s “Fanfare for the Common Man”

“It’s quite an honor to work with that song, and to work on this project,” Bavington said Wednesday. “I like to pair musical notes and colors, but it was really her voice that was the inspiration. I can almost see or feel the vocals in an abstract way in her voice.”

Bavington promises, “I’ll be doing something different. It has to be unique.”

More from the show

Britney Spears has announced she will auction one of her original paintings during Sunday’s event, which also is to feature a reunion of “Jubilee” dancers in original costumes from the stage show at Bally’s.

Hosting is comic Alex Reymundo of the original “Latin Kings of Comedy.” More than 900 tickets have been sold at $30 a pop, or $10 per hour in what should be a uniquely entertaining production.

Back by unrelenting demand (my words, and why not), “Rod Stewart: The Hits” returns to the Colosseum at Caesars Palace June 12-23 for six new shows. Stewart resumes his residency just after Elton John departs in May.

The “wild” has been taken out of “Dirk Arthur’s Wild Magic” at Westgate Las Vegas.

Turns out that Arthur is eschewing his exotic cats in his return the stage at the Westgate Cabaret. Arthur had initially announced he would use a bobcat and a snow leopard in the production, which returns at 6 p.m. Nov. 15.

Instead, the hotel issued a statement Wednesday that Arthur was ditching the cats and working sleight-of-hand and illusions with his shapely stage assistants.

“The show is formatted to fit in an intimate setting, where the audience can enjoy the magic up close and personal. Due to space limitations in the Cabaret, this version of the show does not feature cats,” the statement read. Why anyone felt an exotic-cat show would work at Westgate Cabaret in the first place is anyone’s guess, but it ain’t happening.

Not mentioned, of course, is the blowback Arthur consistently receives from animal rights groups — which were already zeroing in on his show at Westgate. At least one, Animal Defenders International (ADI), had already started an e-mail campaign condemning Arthur for his use of exotic animals.

Also not specified is the future of the white duck named Afflack, which was also noted in the description of Arthur’s new show. So it’s DTBD – duck to be determined.

Among the locations being bandied about for Bavington’s structure is the Welcome to Fabulous Las Vegas sign. It’s an obvious destination for a permanent remembrance of 1 October — the 58 crosses serving as a stirring reminder of its galvanizing qualities.

But placing any long-standing monument on that famous island on Las Vegas Boulevard is a concern.

Clark County Commission Chair Steve Sisolak says he has received at least a half-dozen inquiries about placing a statue, art piece or monument at that site. Chief among the concerns is parking on that location, which is already fairly overrun at all hours. Asked if he thought a permanent memorial would be placed at next to the sign, Sisolak said, “I’m not sure on that. There is a lot to consider.”