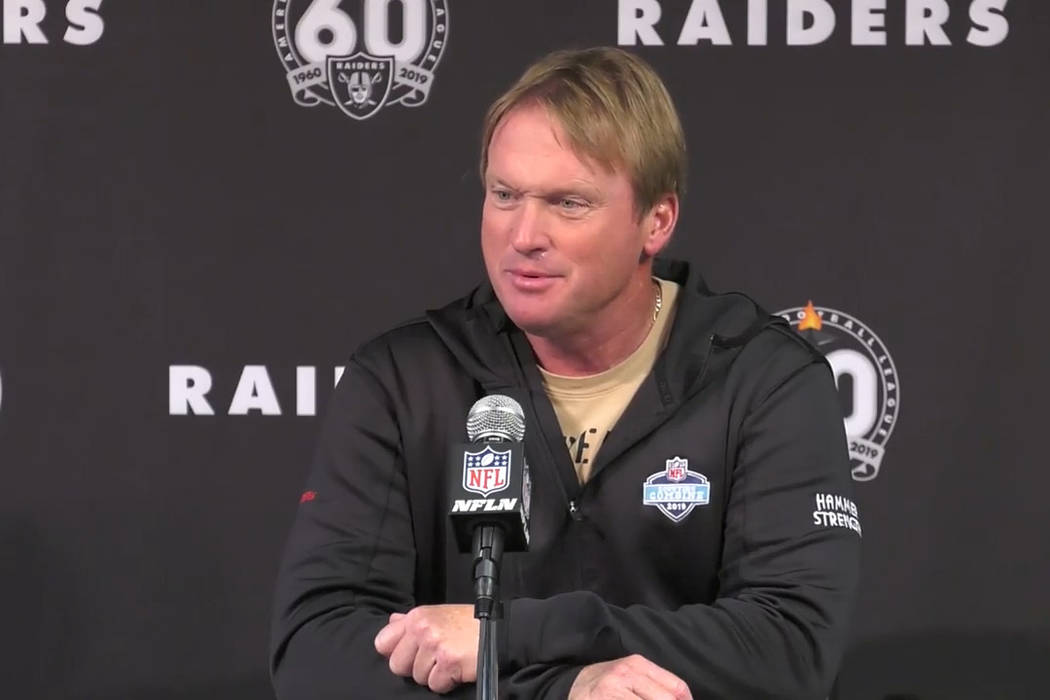 The comic panned to Gruden, seated next to him in the theater’s VIP section. Gruden nodded, gave his Chucky look, and said, “Rock and roll, man.”

Gruden also met the band, which returns to Park MGM on May 20 for a seven-show set in its “Deuces Are Wild” residency.

Viva Las Vegas played by @Aerosmith in Vegas.
This should be a @Raiders promotion.
Wait for it..#RockNRollGrudens
Thanks @parkmgm Theater and Aerosmith. What a blast!
Plus, I have no idea where or when Jon got the hat. https://t.co/nsm26tw1ut pic.twitter.com/l6TsDGxkE2

The line of fans awaiting selfies with the two stretched high up the aisle. And by Sunday afternoon, Caliendo reported that his video from the theater had generated a half-million views.

2
Could a Raiders rookie push for time at slot cornerback?