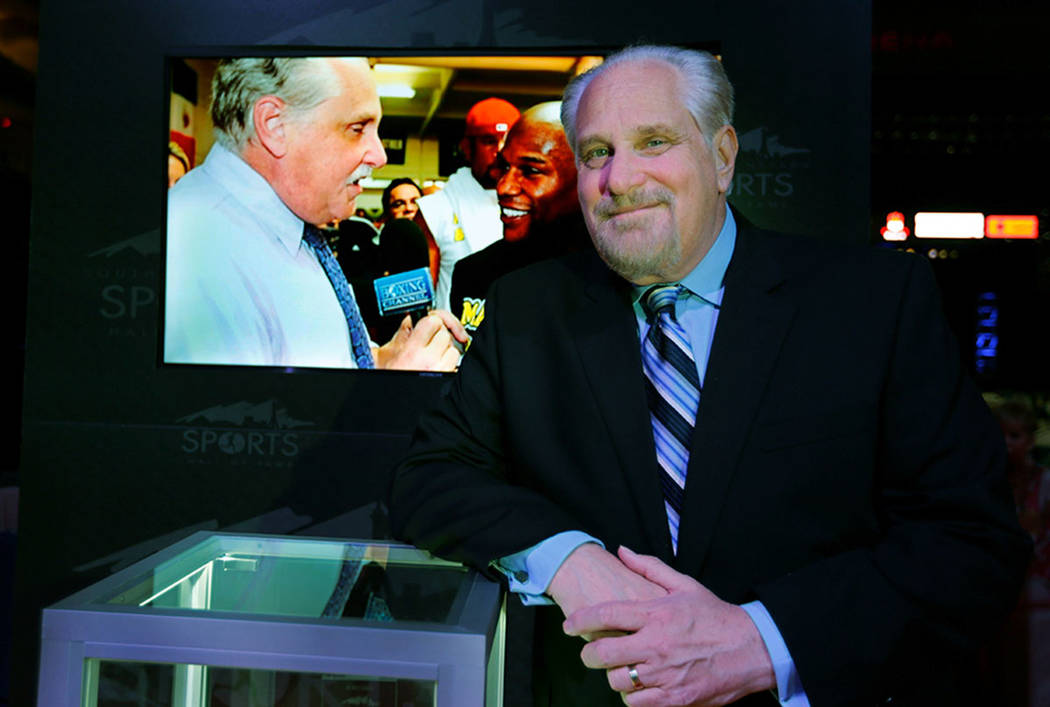 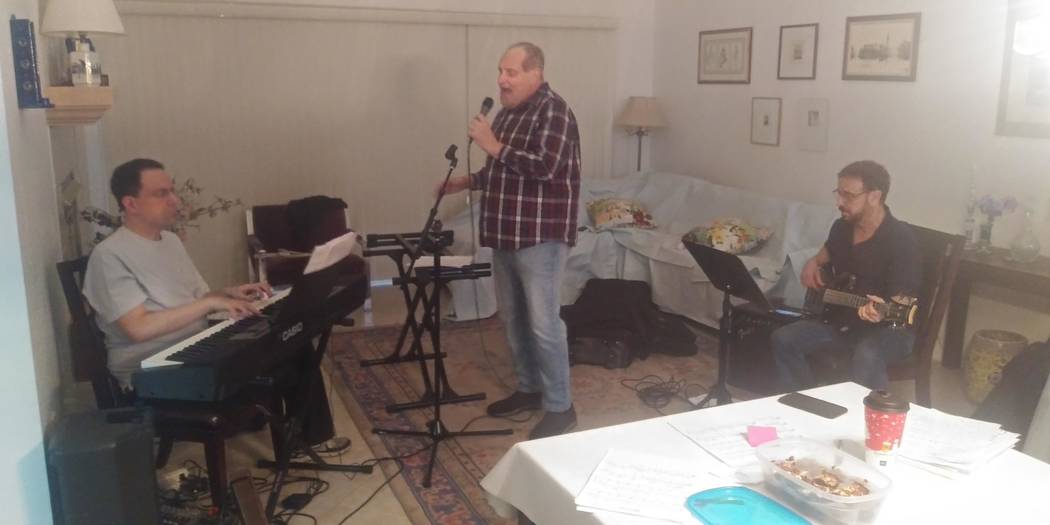 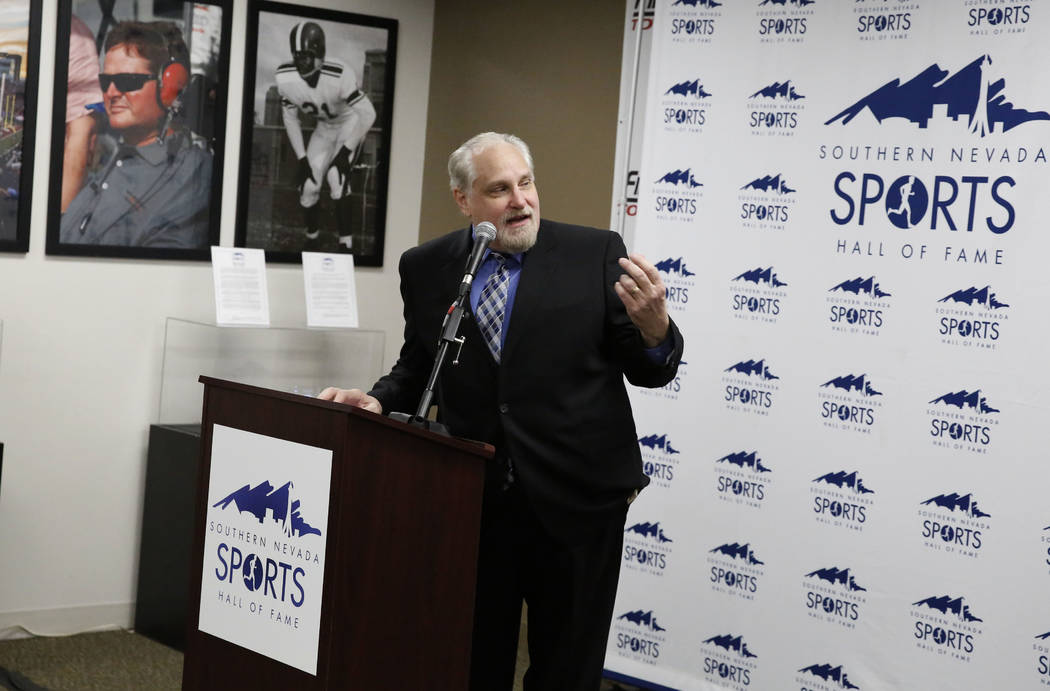 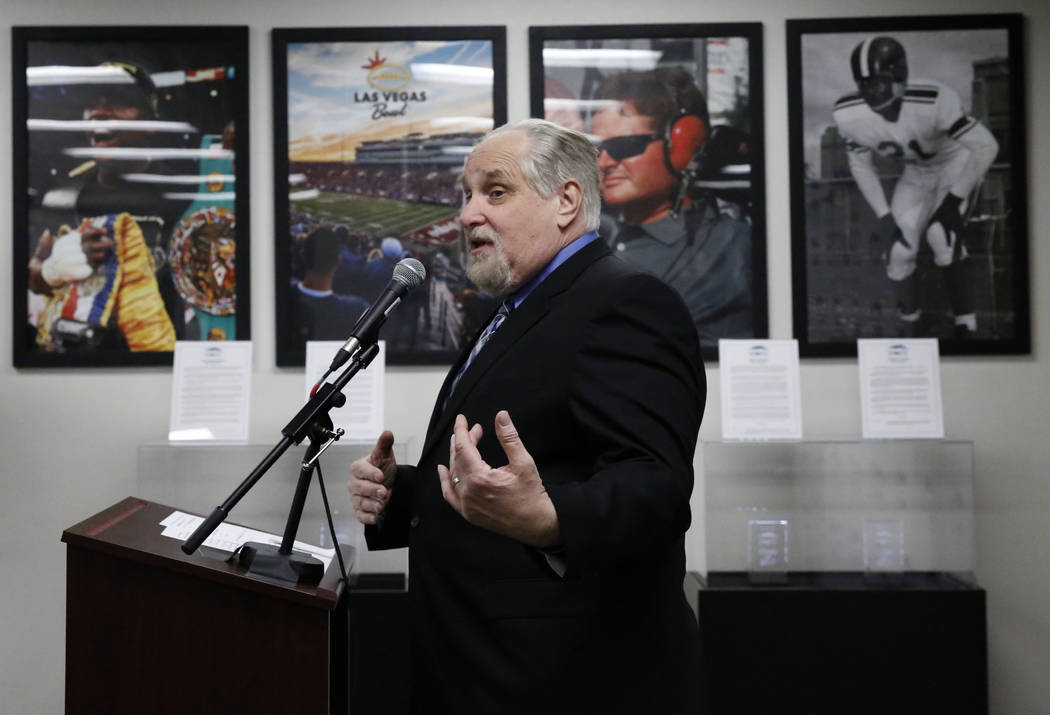 But enough about Adrien Broner.

“Well, quite an afternoon,” Bernstein tweeted after Broner bolted from a pre-fight interview at MGM Grand’s David Copperfield Theater, previewing Saturday night’s fight against Manny Pacquiao at Grand Garden Arena. “I think one thing is for sure: Adrien Broner will not be stopping by to hear my music performance on Friday night at @KennyDavidsen show @TuscanyCasino. I’ll save a seat for him just in case. LOL.”

Do it. Please. Bernstein will be ready. The boxing legend (Bernstein, I mean) is back onstage for some serious crooning action beginning at 9 p.m. at Tuscany’s Piazza lounge. No cover. No problem. It’s going to be a thing.

This is Bernstein’s fourth guest-starring appearance with Davidsen. He’s also performed at Italian American Club Lounge, and as a guest of Kelly Clinton’s at her Monday shows at Bootlegger Bistro, and also Wednesday’s at Piazza lounge.

So this is no karaoke-machine-in-the-corner-gig. Bernstein’s lounge performances date to the days even before he called fights at the Caesars Palace outdoor pavilion. Today’s fight fans might not realize that Bernstein is a great singer and showman, the proverbial man who needs no introduction as a member of several halls of fame.

“We’re going to have a wonderful night, I’ll be picking out a lot of songs that I’ve connected to other pay-per-view fights,” Bernstein says. “For example, I’m doing the ‘The Sweetest Sounds,’ Bobby Darin’s song, which I sang at the Riviera before the Buster Douglas-Evander Holyfield fight in 1990. I used to do boxing parties at Mandalay Bay and we’ll be pulling some Lionel Richie, I’ll do a Bob Seger song, I’ll do ‘Desperado’ by the Eagles.”

Bernstein’s history of singing prior to Las Vegas title fights dates to April 6, 1987, night of the Sugar Ray Leonard-Marvelous Marvin Hagler bout. According to Vegas, and Bernstein, lore, the star announcer had done a little background singing, and was asked by Caesars Palace officials to perform at the old Olympic Lounge for a limited engagement before the heavily hyped “Superfight.”

Bernstein will be joined by a collection of, um, heavyweights on the Vegas entertainment scene. Davidsen leads a band of Dennis Blair (the great comic and musician who opened for George Carlin for 20 years), David Ramirez (one of the busiest drummers in town) and sax master Rob Stone (who has performed with John Fogerty in his many high-profile shows around town. The singers include Tuscany regulars Joe DiNunzio, Jerry Jones, Armi Guzman, Valerie Witherspoon, Eric Sean, Enoch Augustus Scott, Rita Davidsen (Kenny’s operatic mom), and Wes Bernstein (Al’s quite-talented son).

Seger was a nostalgic call because he’s from Detroit, same as Thomas “Hitman” Hearns, who was KO’d in the third round in a famous title bout at Caesars in 1985. Bernstein and Al Michaels called that legendary fight, which Sports Illustrated dubbed “Eight Minutes of Fury.”

This show will be more like 180 minutes of fury, likely longer. This crew doesn’t even wade into Marilyn’s’s Cafe for the requisite post-show confab until after 2 a.m.

Bernstein will tell a few stories prior to that hang. He once performed at Caesars, and the legendary boxing announcer Don Dunphy told Bernstein he planned to bring a special guest.

“He was a very cool guy, too,” Bernstein says, laughing. “See, these things really happen?” But you have to stay for the whole show.