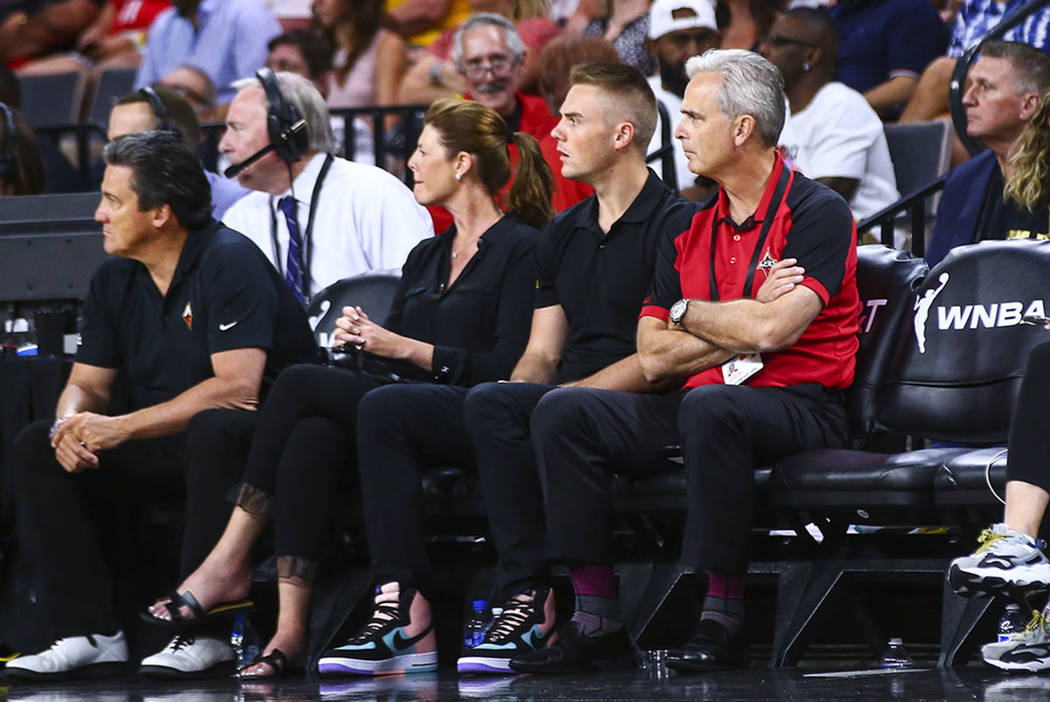 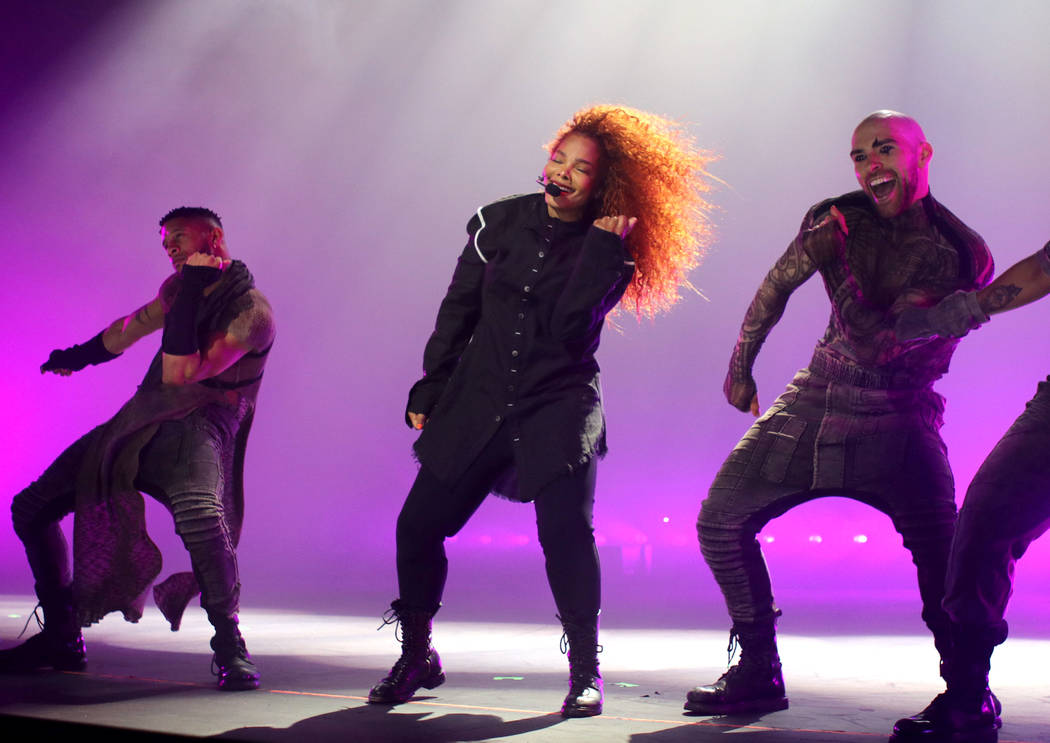 Janet Jackson performs onstage during the opening night of her "Metamorphosis" residency at Park Theater at Park MGM on May 17, 2019 in Las Vegas. (Photo by Farrenton Grigsby/Getty Images for JJ) 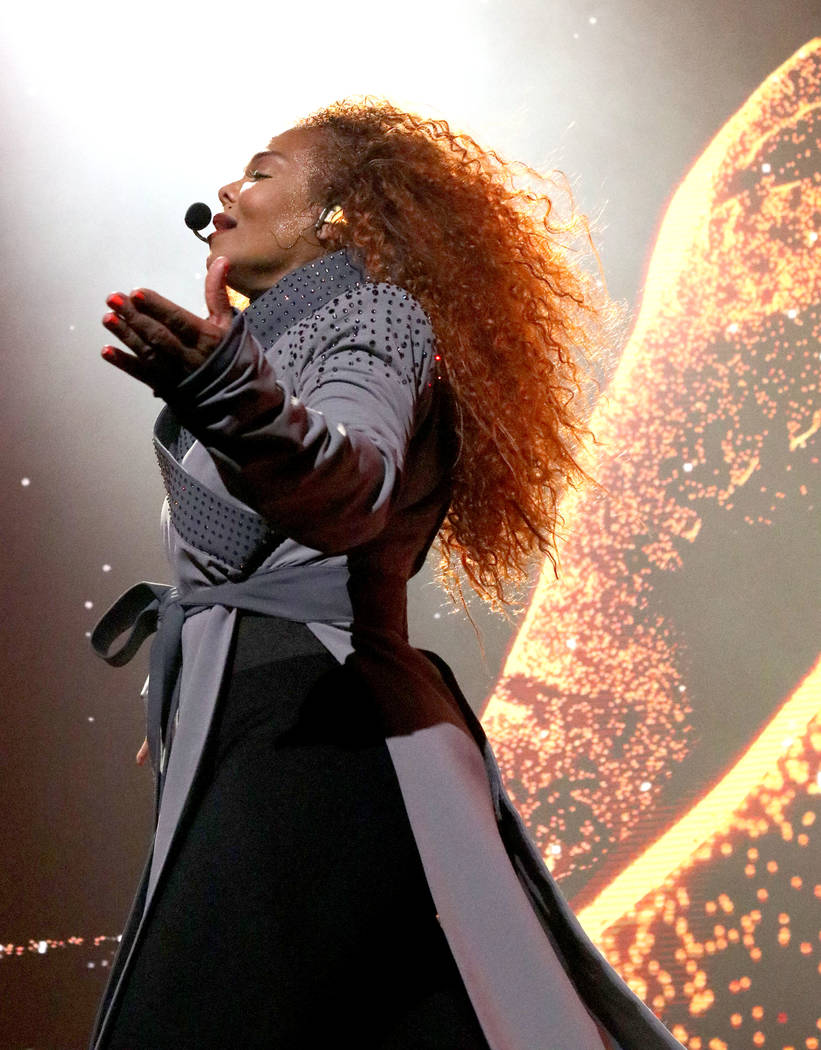 Janet Jackson performs onstage during the opening night of her "Metamorphosis" residency at Park Theater at Park MGM on May 17, 2019 in Las Vegas. (Photo by Farrenton Grigsby/Getty Images for JJ)

The Kats! Bureau at this writing is courtside at the WNBA All-Star Game, which has seemed a lot like a sprint-and-shoot competition between two teams. Team Wilson and Team Delle Donne are letting it fly at Mandalay Bay Events Center.

The recent history of the Events Center: The 20-year-old venue was nearly overhauled about five years ago to reopen as MGM Resorts International’s mid-tier theater. The original plans was for the Events Center to compete with the Colosseum at Caesars Palace and Zappos Theater at Planet Hollywood.

Instead, MGM Resorts Chairman Jim Murren conferred with veteran Las Vegas resort executive Tony Marnell of Marnell Companies, whose projects have included such famous Strip resorts as the Mirage, Treasure Island, Bellagio and Wynn/Encore. Marnell advised that mid-Strip would be a far better location for such a venue as Park Theater and to leave Mandalay Bay Events Center as is.

“Originally, yes, this was going to be a mid-tier theater,” Bowling said, looking around at the 9,157 who attended the WNBA All-Star Game, won by Team Wilson 129-126. “But Park Theater is now the best theater in the world, not just best on the Strip. I don’t know if it was great foresight or great luck, but we now have Park Theater, and a great mid-size arena that allows us to put on all sorts of sports and entertainment events.”

Myriad acts have played the venue since Goo Goo Dolls opened the place in March 1999. Dave Chappelle headlined Mandalay Bay Events Center, in 2017. Lady Gaga performed a corporate show for Amway in May. The heavy-metal spectacle Psycho Las Vegas rolls in from Aug. 16-18, with the Original Misfits heading up a lineup of more than 70 acts performing at the Events Center among four Mandalay Bay venues.

And the building is the friendly home court for the Aces, who in just two seasons “are the envy of the league,” says Bowling, still aware that keen foresight and a little luck made it happen.

Tickets are $125 each ($800 for a table of eight) for the cocktail hour, dinner, show and awards presentation. Go to venusfilmfestival.com for info.

“Friends the Musical Parody” at the D Las Vegas has now outpaced the sitcom for which it is themed. At least, this is true in total number of performances. The D show hit No. 237 on Friday. The famed TV show ran for 236 episodes from 1994-2004. The stage show has free run of the characters and themes from the TV show, except it is not permitted to perform Phoebe’s original, “Smelly Cat.” Which is just as well, really …

For not taking pics of the hair designs at Friday night’s Janet Jackson show at Park Theater. This crowd, collectively, had the most dazzling hairdos of any crowd I’ve seen in a Las Vegas performance. Jackson herself leads the way, with her long curls flying around during such hits as “Control,” “Nasty,” and “Rhythm Nation.” Next time.

Frank Marino has yet to line up a venue for the return of “Divas Las Vegas,” under that or any other title. Talks have ceased at the Stratosphere, SLS Las Vegas and Hooters. But Marino is still in play. He could be, and should be, onstage by the end of this year …

The shows performed at the Attic at Nerd Bar at Neonopolis have pulled out because of zoning and business permit concerns. “Comedy & Dolls,” “Downtown & Dirty” and “Princess Wendy’s Late Night Tease Room” were all performed there. All are now — oh, hold on here — “hiatus” until a new venue is secured …

Thursday we teased to Kelly Clinton-Holmes and Elisa Fiorillo’s “First Ladies of Las Vegas Entertainment” show at Pegasus Showroom at Alexis Park. Just moments after that post hit, the show moved from Fridays to Saturdays, still at 7 p.m. effective this Saturday …

A Vegas interest is interested in opening a live-music venue at the Commercial Center on East Sahara Avenue. The famous complex, which opened in 1962, owns a rich music history from the days of the Ice Palace. Led Zeppelin, the Doors, Cream, the Grateful Dead with Santana and Creedence Clearwater Revival all played the Ice Palace in the late 1960s, years before the Aladdin Theatre for the Performing Arts opened as the accepted Vegas rock hall …