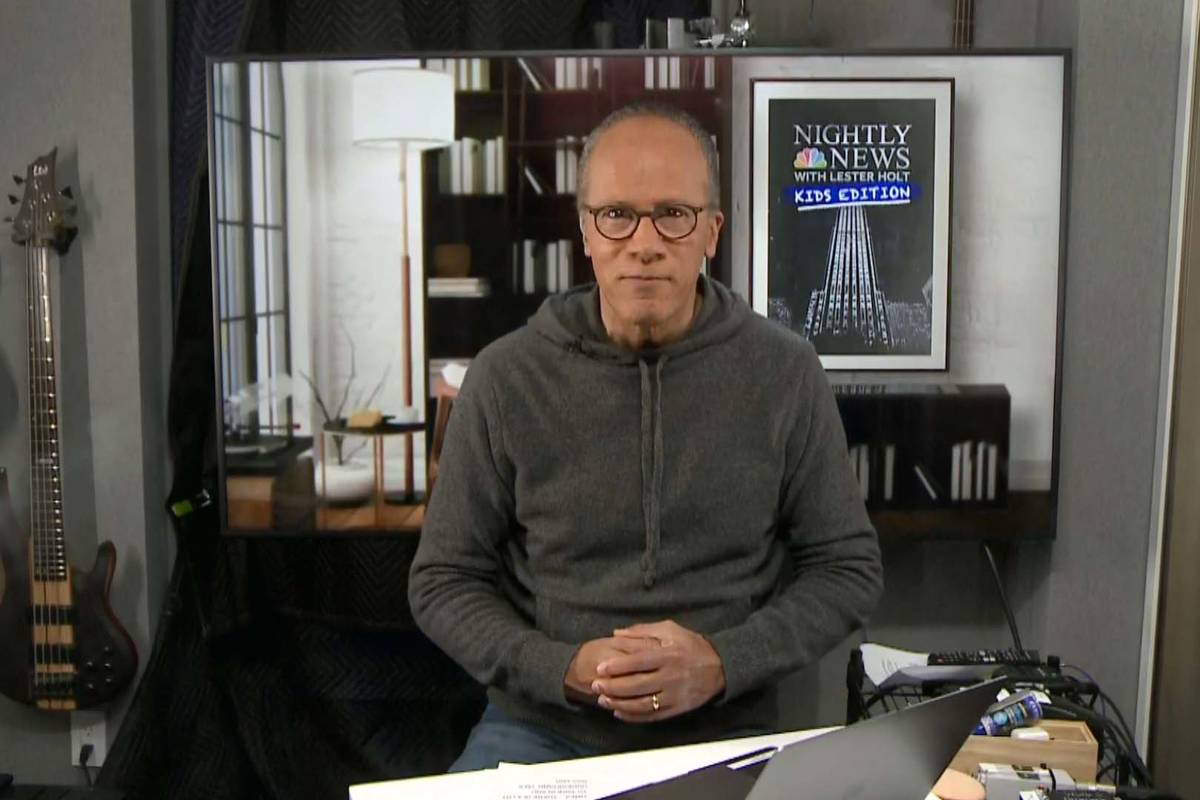 This image released by NBC shows Lester Holt, host of NBC's "Nightly News with Lester Holt." Holt is launching a twice-weekly digital newscast for children aimed at calming fears and answering questions about the coronavirus. (NBC via AP) 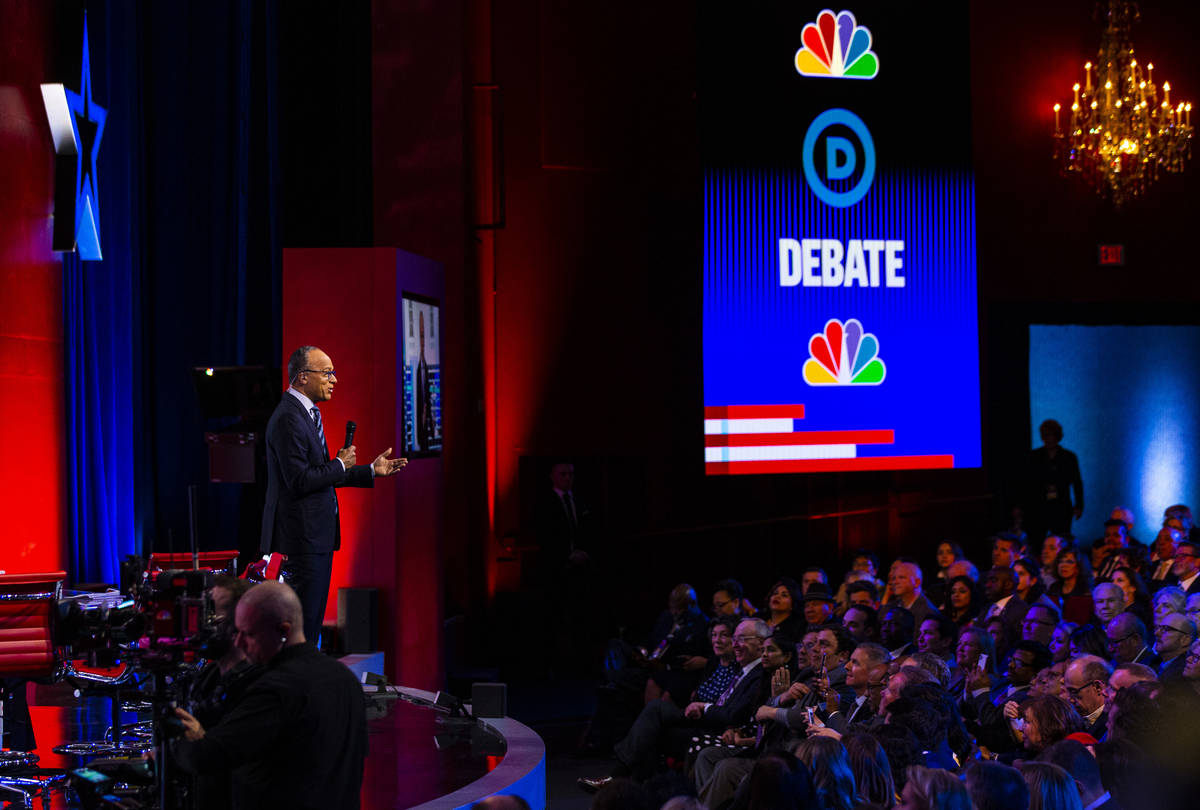 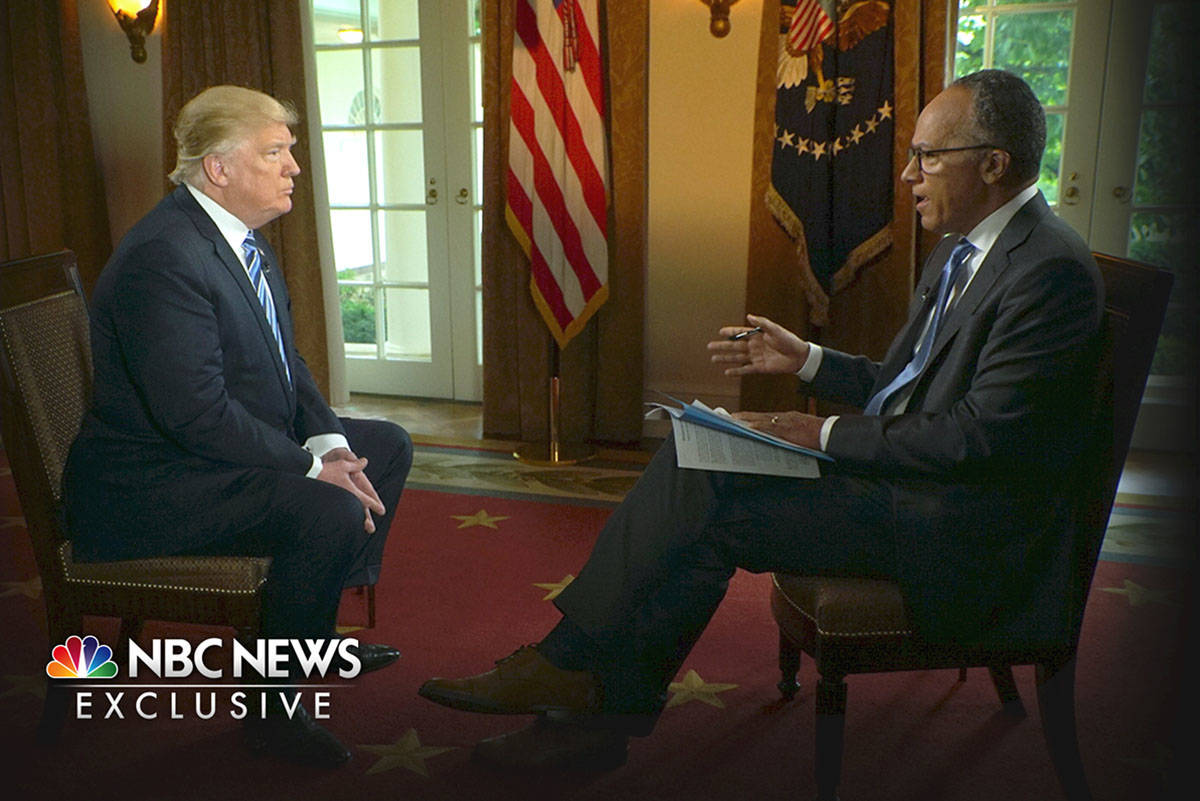 In this image provided by NBC News, President Donald Trump is interviewed by NBC's Lester Holt, Thursday, May 11, 2017. Trump insisted Thursday during the interview that there was “no collusion” between his winning campaign and the Russian government in his first extended remarks since he roiled Washington with his decision to fire FBI Director James Comey. (Joe Gabriel/NBC News via AP)

They talked about the issues and the mute button served its purpose.

”I think for a lot of folks it felt like it was a real debate,” Holt said on a phone chat from New York on Friday morning. “They actually talked about issues and having that mute button, I think a lot of people were wondering how that was going to work but it kept them in line. We got a measure of the two men side by side, which is what a debate should be.”

Holt did not express his opinion on who “won” the standoff, or if it changed the framework of the campaign. “I’ll leave that to the pundits,” he said.

Holt himself was moderator of the Democratic primary debate at Paris Theater on Feb. 19. He’s returning to the city Monday to kick off NBC’s “Across America” series, traveling to battleground states a week ahead of the Nov. 3 election.

Holt’s schedule is Las Vegas on Monday, to Milwaukee on Tuesday and into Pennsylvania on Wednesday. He and his team selected Nevada, and specifically Las Vegas, to home in on the state’s unique economic struggles during the pandemic shutdown.

“We could have gone to all the battleground states and I would’ve had to have left a couple weeks ago,” Holt said. “But we wanted to pick states where there are things happening that really amplify what communities and states are seeing across the country. Certainly in Nevada, the economy, the jobs issues, you know, the COVID shutdowns had a profound impact, as you know, on the hospitality industry that’s kind of the lifeblood of Nevada.”

Holt said that in Las Vegas, similar to other parts of the country, residents are asking, “How much can we take? Where does the fight against COVID end, and the fight for the economy begin?”

The state is largely a barometer of the economic impact across the country. “A lot of the issues the country are fighting are amplified in Nevada,” Holt said. “That is one of the reasons we want to be there.”

Producers have been weeding through the city to find small-business owners, such professionals as hair stylists, to illustrate the city’s challenges in reopening.

Holt continued, “The economy is going to be on the lap of the next president whether it’s four more years of Donald Trump, or Joe Biden, and I think we are all just trying to understand how much we have been affected and how long it’ll take to put Humpty Dumpty back together again. So, Nevada just seemed like the right place to tell that story.”

Holt, who was named permanent anchor of “NBC Nightly News” in June 2015, recalls his role in the debate at Paris Theater just this year.

“Talk about how time goes slow or fast, that feels like eons ago that we were there for that, and people were shoulder-to- shoulder in a debate as we were accustomed to doing and now, my God how things have changed,” said Holt, whose broadcast position on the Strip is not being specified to avoid any large gatherings.

“We’ll definitely have a view of the Strip, I can tell you that,” he said. “I hate to be cagey, but in this era of COVID, obviously we don’t want to create crowds.”

Las Vegas continues to return to business, if incrementally. Holt said he felt the same sense of his city’s reopening as he closed coverage of the debate on Thursday night.

“It’s funny, after I did the coverage last night I was driving out and the driver went through Times Square and we both commented, ‘Wow, that’s the most people I’ve seen in Times Square since March,’” Hold said. “A lot of young people were out and it was after 11 at night, so for better or worse, we’re getting out there.”