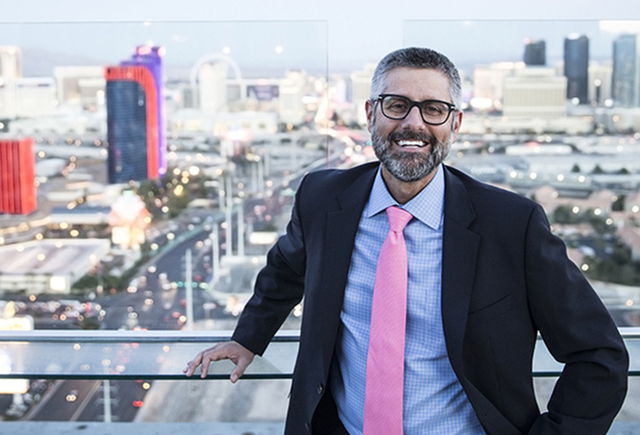 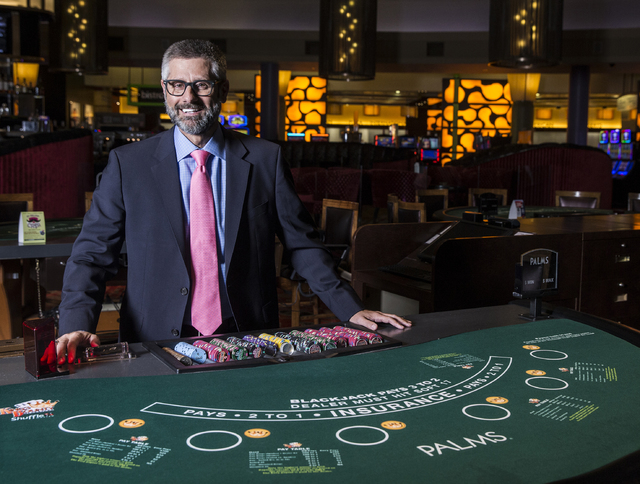 This Sunday’s scan of the scene centers on the Palms, which this week celebrates its 15th anniversary. The property, founded by the Maloof family opened Nov. 15, 2001, and was the first resort to start business in Las Vegas post-9/11.

It was a wild opening, with well-wishers, dignitaries and celebrities — including Cuba Gooding Jr., Dennis Rodman, Samuel L. Jackson and Paris Hilton, who wore a dress adorned with $1 million in gaming chips.

Today, the Palms is under new ownership, with Station Casinos taking over Oct. 1. The new steward is General Manager Michael Jerlecki, 46, who has spent most of his career with Station in Las Vegas, most recently at Palace Station, before being reassigned to his new post. We spoke Friday afternoon at the Palms. Here are some notes and nuggets from that chat:

The hotel name won’t change, but the logo might: “It will be simply the Palms still,” Jerlecki said. “From the style of logo or the color of carpet or how comfortable a slot chair is, we are looking at every finite detail.”

He’s already replacing the famous double-paned-glass floor at Ghostbar that looks down to the hotel pool 54 floors below. Guests can barely see through it now.

■ Don’t rule out an extended engagement by a major headliner at Pearl Theater: The 2,500-seat venue has never hosted such a run, what is also known as “mini residency,” but would be ideal for such a series. “We are in position to consider anything,” Jerlecki said. He name-checked some headliners and events at the venue over the next few months, including the UFC Ultimate Fighters Finale on Dec. 3, Blink-182 and Weezer during the “Holiday Havoc” series on Dec. 8-9; Bonnie Raitt on Feb. 17 and Frankie Valli on Feb. 18.

■As Jerlecki took over his post Oct. 1, his team counted all the chips on the property: The total? About $80 million, the largest amount of any Station Casinos property.

■ Jerlecki learned of his imminent career shift in June while on a tarmac at Kennedy Airport in New York: He had just picked up his master’s degree in business administration at MIT-Sloan School of Management in Cambridge, Massachusetts, when he took a call from Station Casinos Chief Operating Officer Dan Roy, telling him his life was about to change.

A BROADCAST FOR THE RECORD

For the Record is reportedly eyeing a cabaret-style adaptation of Chicago’s “Dear John Hughes” for an April 24 broadcast on ABC.

Meanwhile, FTR’s “Baz — Star Crossed Love” at Palazzo Theater has been a bit of a roller coaster. This week’s shows have had strong ticket sales, while the previous week had softer results. Reports, online and in convo, contend that “Baz” is on unsteady legs. But the hotel is seriously behind this production, and ABC is likely to give “Baz” some valuable national exposure when the Hughes show airs.

I keep hearing reports that “Raiding the Rock Vault,” late of Tropicana, will return to a Vegas hotel this spring, likely in March. The hotel that makes the most sense to me is Hard Rock Hotel. It even uses “rock” in its name and is looking for a solid show to match that brand.

Keith is one of the stars of “Steve Wynn’s Showstoppers,” the multimillion-dollar production at Encore Theater at Wynn Las Vegas. Coincidentally, or not, Keith is known for his soaring rendition of “Impossible Dream.”