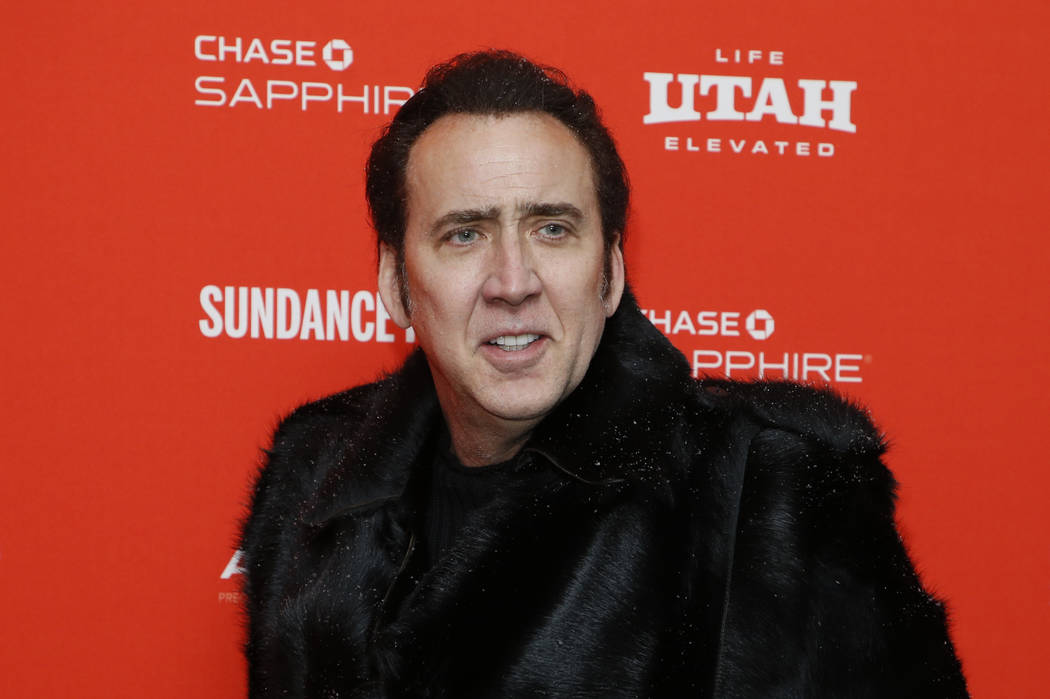 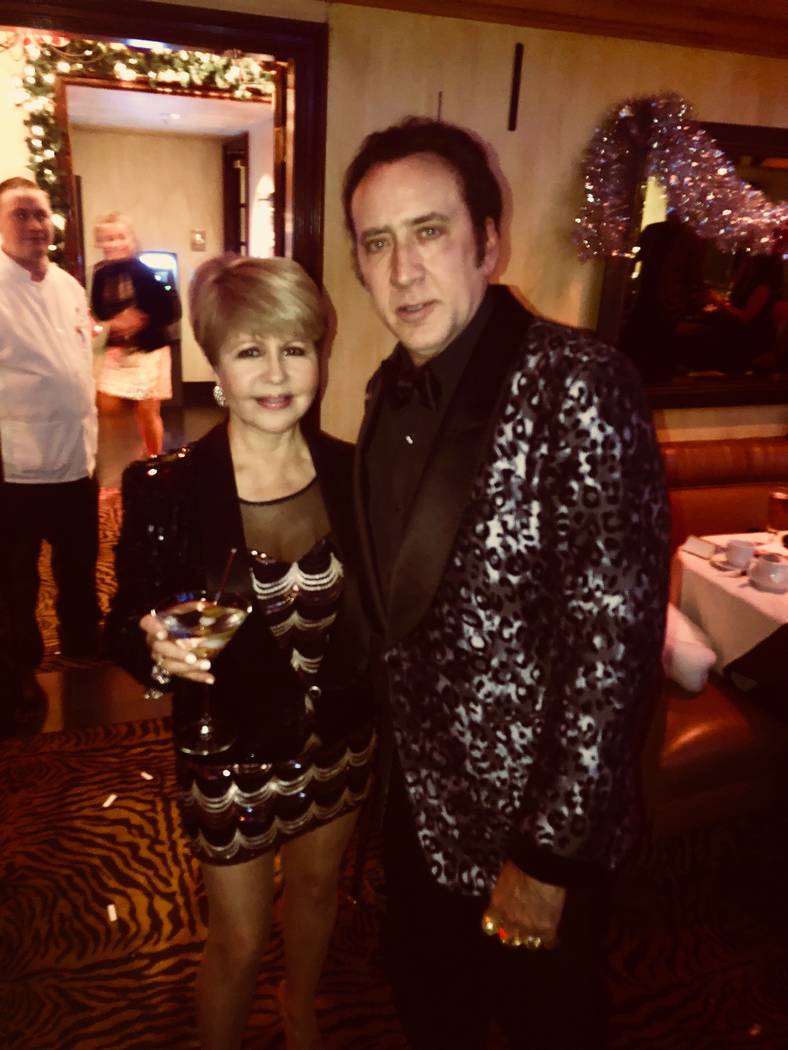 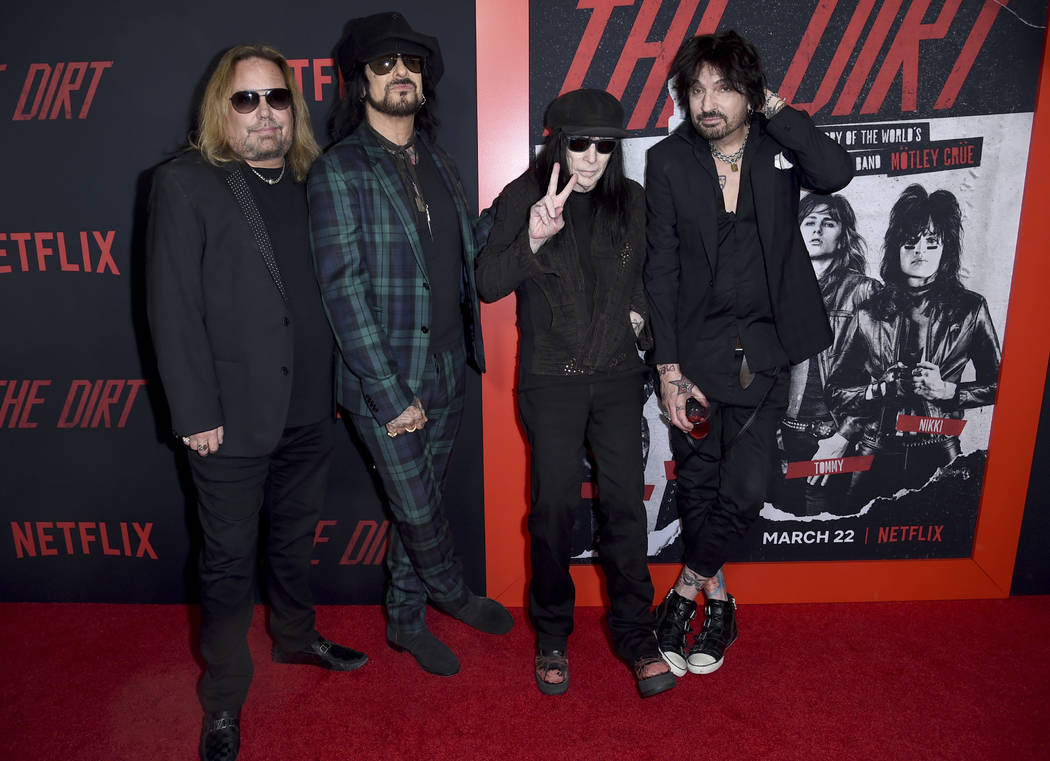 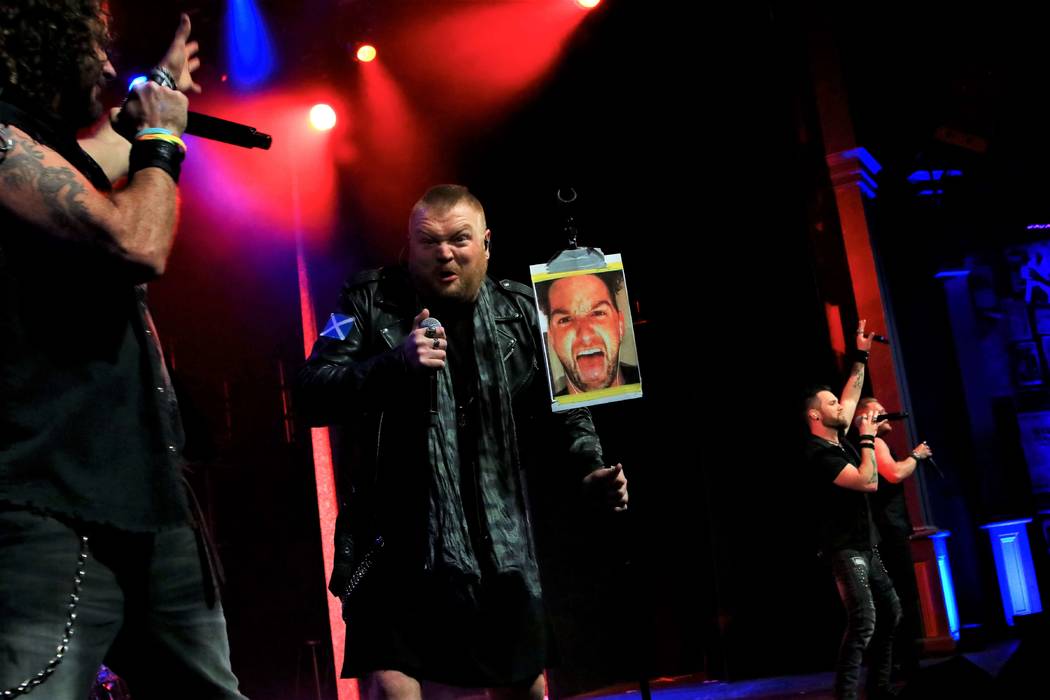 Jimmy Denning of Tenors of Rock shows a photo of bandmate Tommy Sherlock during the act's final show at Harrah's Showroom on Monday, March 25, 2019. (Ira Kuzma)

So Nicolas Cage is again off the market.

The Oscar-winning actor and Las Vegas resident reportedly married his fiance, Erika Koike, on Saturday afternoon at Weddings at Bellagio on the Strip. As celeb website TMZ first reported, earlier that day the couple had tipped off their nuptial plans by obtaining a marriage license at the Clark County Marriage License Bureau in downtown Las Vegas.

Koike, 35, is the kimono-clad woman who has previously been spotted with the 55-year-old Cage around Las Vegas and L.A. The bride‘s parents reportedly own Jasmine Thai Cuisine in L.A., where she has worked as a waitress (previous reports that she is a makeup artist have been false).

Though published reports say they have been a couple since April 2018, the two attended Carrot Top’s show together in June 2016, just after Cage separated from his third wife, Alice Kim. Koike has typically donned her trademark kimono in shots of the couple as they are spotted on the scene.

Cage was been married twice before Kim, to actress Patricia Arquette from 1995-2001, and to Lisa Marie Presley from 2002-04. He won is Academy Award for Best Actor for his portrayal of tragic Hollywood screenwriter Ben Anderson in 1995’s “Leaving Las Vegas.”

It’s not often you watch an on-the-money biopic about four individuals who are lucky to be alive, but “The Dirt” is such a flick. Wow, how the members of Motley Crue — Vince Neil (who has a home in Las Vegas), Mick Mars, Nikki Sixx and Tommy Lee — have made it this far defies belief. The film premiered on Netflix on Friday and gives an indication that is both stylish and unvarnished of the debauchery in the 1980s hard-rock culture.

The film has resulted in some real-life drama, too. Louis DiVincenti, a crew member on the set of scenes shot in New Orleans, is suing the band for $1.8 million after he suffered severe electrical burns during filming last year. DiVincenti was shocked by a power line and suffered second- and third-degree burns over 50 percent of his body. He spent seven weeks in the burn unit at New Orleans’ University Medical Center.

According to the New Orleans Advocate, DiVincenti is alleging that Netflix and film producers (including the four members of Motley Crue) did not address electrical hazards during on-site filming at the Munch Factory restaurant in the city’s Lower Garden District.

The restaurant was transformed into the famous Sunset Strip rock club Whisky a Go-Go, where Motley Crue performed its earliest shows.

Tenors on the move

Tenors of Rock closed out their residency at Harrah’s Showroom on Monday after 626 performances. The vocal troupe of Jimmy Denning, Dai Richards, Jonathan Williams and Dan Schumann were without bandmate Tommy Sherlock, who was out tending to a family matter. So the foursome taped a photo of Sherlock to his mic stand onstage and rocked on.

Though the night often felt like a culmination, the Tenors will live on. As previously reported, the rock vocalists are moving to the considerably smaller Sin City Theater at Planet Hollywood. Having just mentioned the Whiskey A Go-Go, I’d love to see something like famed club (or the Viper Room) for the act at Sin City. Turn the production into a real rock-club experience, an almost an unbroken medley of classics with a crack backing band.

That’s how rock works in small rooms because there’s no room for a catwalk, giant video displays or dancing on platforms in the wings at Sin City Theater.

On the topic of yet more rock ‘n’ roll, Raiding the Rock Vault is selling tickets through December at Vinyl at Hard Rock Hotel. This development is the latest indication that there will be no interruption of business this year as the hotel preps to turn over to Virgin Hotel Las Vegas in 2020.

OFP (Our Favorite Peacock) Donny Osmond is making a big calendar to count down the nights until the Donny & Marie show leaves the stage at Flamingo Las Vegas. Tuesday was No. 1,616. As to when this calendar will be ready for the stage, Osmond says, “As soon as it’s built!” Which means, any night now.

Park Theater displayed a giant “Happy Birthday” image for Steven Tyler of Aerosmith on its marquee on Tuesday. Tyler tweeted the image, with the note, “IF YOU WALK OUT THE DOOR LOOK UP AND SEE ME ALL UP IN YOUR FACE …” True. Happy 71st birthday, for sure.

Wonderful Italian pop-opera vocalist and new Vegas Resident Giada Valenti headlines “From Venice With Love” at 8 p.m. Thursday at Myron’s Cabaret Jazz. Valenti hosted the PBS special of that title in 2015, a show she has released as a CD and DVD.

Her backing band is filled with aces Pablo Gadda on guitar, Bob Sachs on bass, Dave Richardson on keys and Pepe Jimenez on drums.

A couple of unbilled artists are also in the mix. Tickets in the $35-$45 range (not including fees) and available at the Smith Center website.