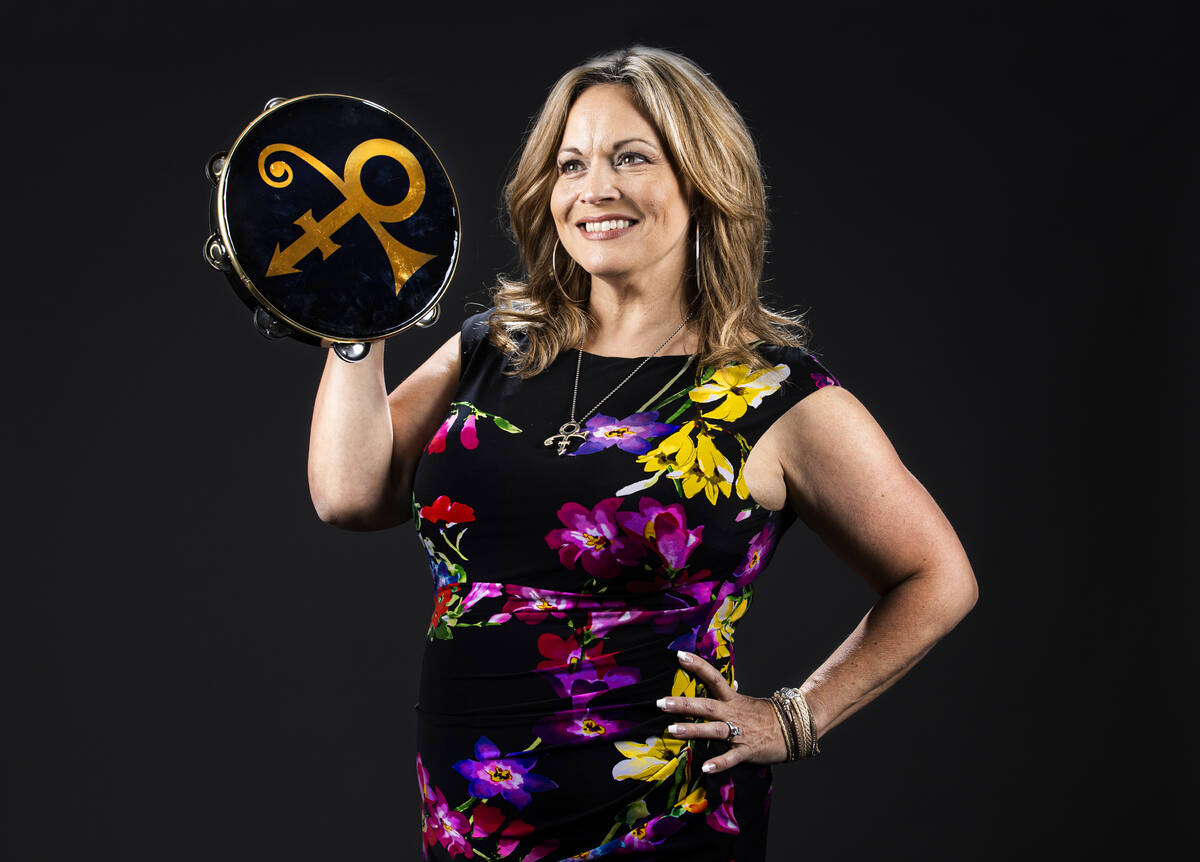 It feels surreal to impart that Elisa Fiorillo is on the new Prince album. But the Las Vegas singer, protege and longtime confidant of the late musician is featured on the unearthed record “Welcome 2 America.”

Issued in July, the album of entirely unreleased material was recorded in 2010, with Fiorillo a backing vocalist. The 12 tracks were set aside, discovered in CD form at Prince’s Paisley Park a decade after they were shelved.

Fiorillo was in Prince’s New Power Generation band at the time of the “Welcome 2 America” sessions. She had known the recording superstar for more than 25 years. Once more, the vocalist is a significant figure in the Prince legacy, set to be interviewed this month for a multipart documentary on his life being developed for Netflix.

In the interim, Fiorillo is recharging her live performances in Vegas. She was to join Kelly Clinton on Thursday in Clinton’s “Sit In” show at the Nevada Room in Commercial Center. On Sept. 18, she sings with Chadwick Johnson at the Summerlin Library Performing Arts Center. She’s also featured at The Space’s 9/11 tribute show Saturday. That stretch leads to dates Oct. 1-2 at the Nevada Room.

Fiorillo recently chatted about the new album, her time with Prince and her live performances.

Johnny Kats: How did this album come about, initially?

Elisa Fiorillo: We were actually at rehearsals and he would just kind of pull us in the studio and say, “Hey, sing on this, sing on that.” We were going to tour Canada, Australia, Abu Dhabi and all over Europe as the New Power Generation. We were just recording because he was cold. That’s what he did. Usually in the winter months, he was recording. But the album never came out.

Maybe because it was a very political album. He had a lot to say, a lot that was on his mind, and maybe he just didn’t feel like the time was right.

What was his message, at that time?

Just how America has really disappointed him in a lot of ways. You know, welcome to my iPhone, everything’s electronic. Everything’s so, so bad with racism and everything else that he just seems to feel very strongly about it.

And this is a decade ago.

Yeah. … What’s ironic is he’s gone, and the estate decided to put it out, and it actually does talk to people now. It seems to fit the times.

Did you feel like you had to sort of be on call as a singer when you were at Paisley Park?

I mean, you never really asked questions like, “What is this for?” You just knew that event is happening. Yeah, you know, eventually he would probably do something with it. But we weren’t sure when. All we knew was we were on tour and it was called the “Welcome 2 America” tour.

You really knew him. How would you characterize your relationship with him, now that there is some distance between his death and today?

We had a beautiful family of musicians. It was just like family, and we were his family. We started out as friends and co-workers, and turned into a little more private, you know?

I have wondered about this part.

So yeah, you know, I was 20. He was 30. I thought he was old. When you’re 20 years old, you are more intimidated by him at a young age. But it just kind of dissipated. It was good. It was nothing. There was no bad ending. And then, 20 years later, when he called, it was like he was my boss. So a totally different kind of relationship. And in the end, it was like he was my brother. So it was a very close relationship.

You’ve been reluctant to take part in Prince reunion projects, the celebration of life event after his death.

For me, I just felt it was just too soon. And still don’t feel right about how he died.

Right, tell me about that. What do you think about the circumstances around his passing?

I knew him back in 1999, technically in 1989, and I never saw him act like a drug user. Never. He never drank. He never smoked. He never done anything in front of me.

Maybe before he met me, there was a time when he was back doing his crazy stuff. And definitely not between 2009 and 2014, which is when I stopped performing with him. I never really witnessed him acting like a drug user. I never picture him like that that, but I know that he did have issues with his hip and he did have pains. So painkillers could have been something he used. I never went into his medicine cabinet. So I don’t know. But just knowing that all those drugs that were in his body that could kill an elephant.

Is it right that your last correspondence with him was just after his flight had to make an emergency landing so he could be treated?

I tweeted him. I think it was April 16. So it was like the week before he passed (Prince died April 21, 2016). And I just said, “Are you OK? I’m worried about you.” And he said, “Save your prayers. I’m fine. Controversy.” And I was like, “What do you mean? Are you eating? Are you sleeping?” I’m a mom. But so, after that, I didn’t hear from him. And then after that he passed and I was just like, what happened? It just still hurts my soul. Because he had so much he was doing. I just … it just doesn’t make sense to me.

Your career now in Las Vegas was, in part, inspired by his vision for you, right? He continues to influence you.

He knew that I loved jazz, so he basically said, “You need to find a big band and sing that type of music.” So for four years, I sang with the Bruce Harper Big Band at The Smith Center. We had a blast. It was great. Now I’m just toning it down because it’s very hard to book 19 people.

I loved that you played drums in that show.

Yes, I did (laughs). I was into that. It’s my one drumbeat, and Prince taught it to me.