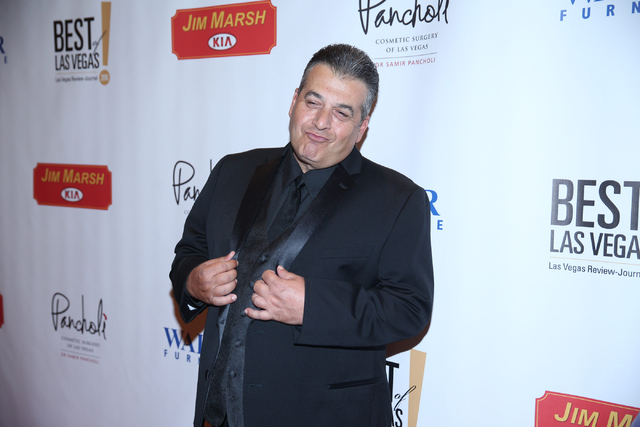 Vinnie Favorito arrives on the red carpet before the 2016 Best of Las Vegas Awards at The Venetian on Saturday, Nov. 5, 2016, in Las Vegas. (Erik Verduzco/Las Vegas Review-Journal) 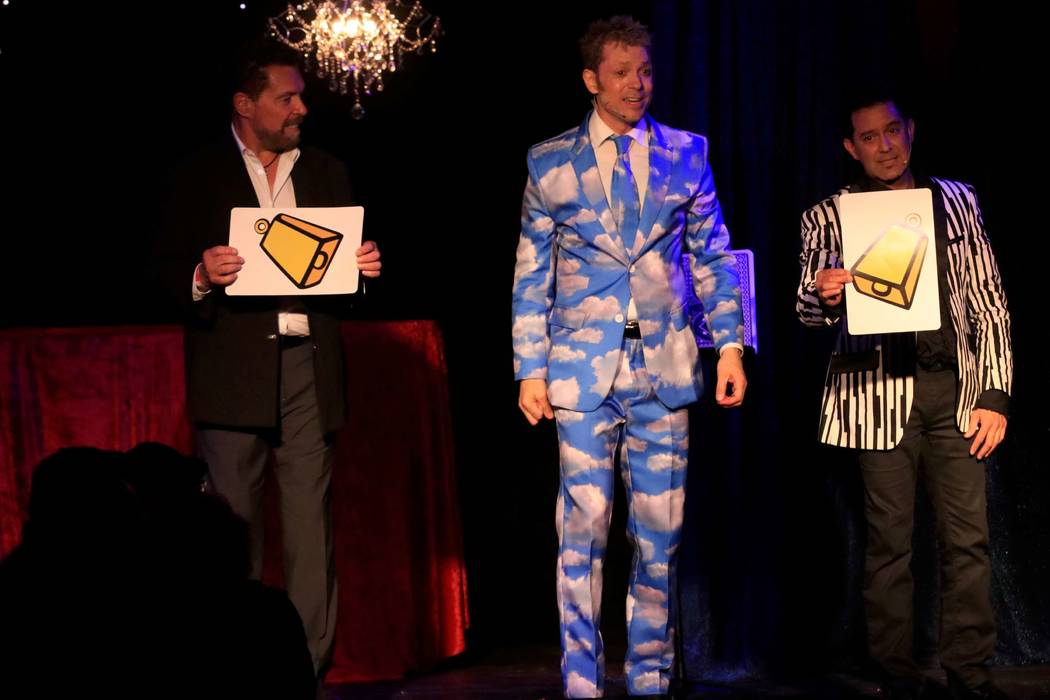 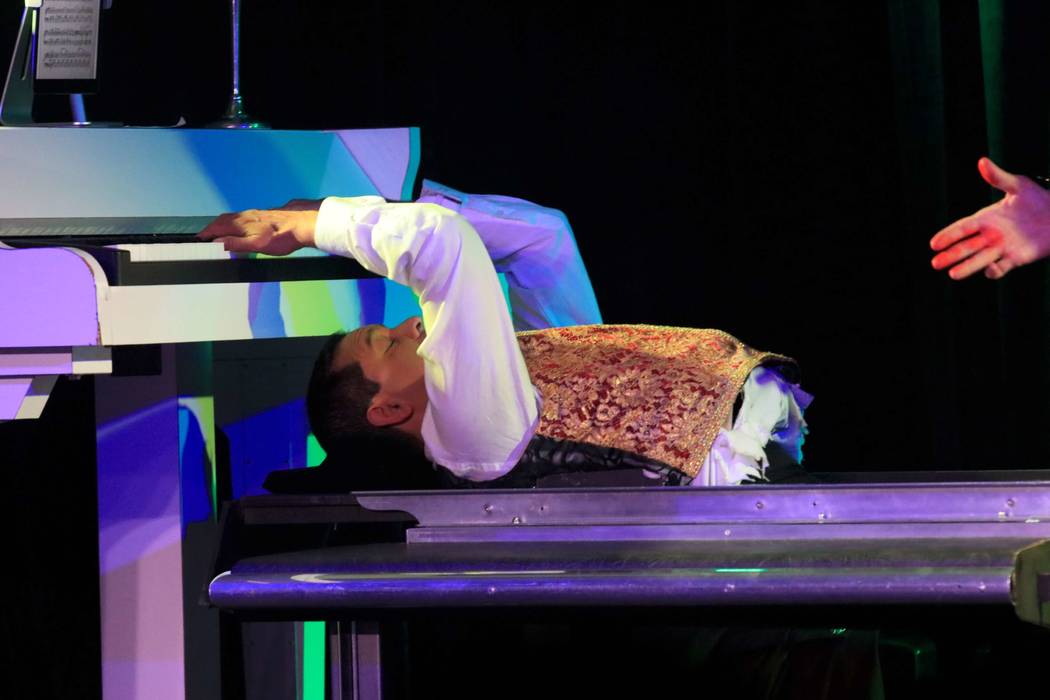 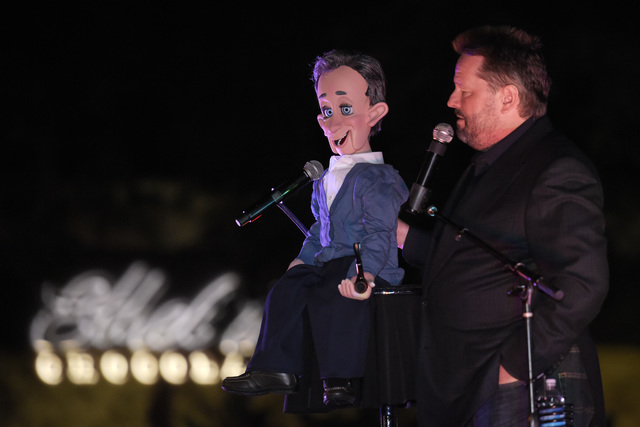 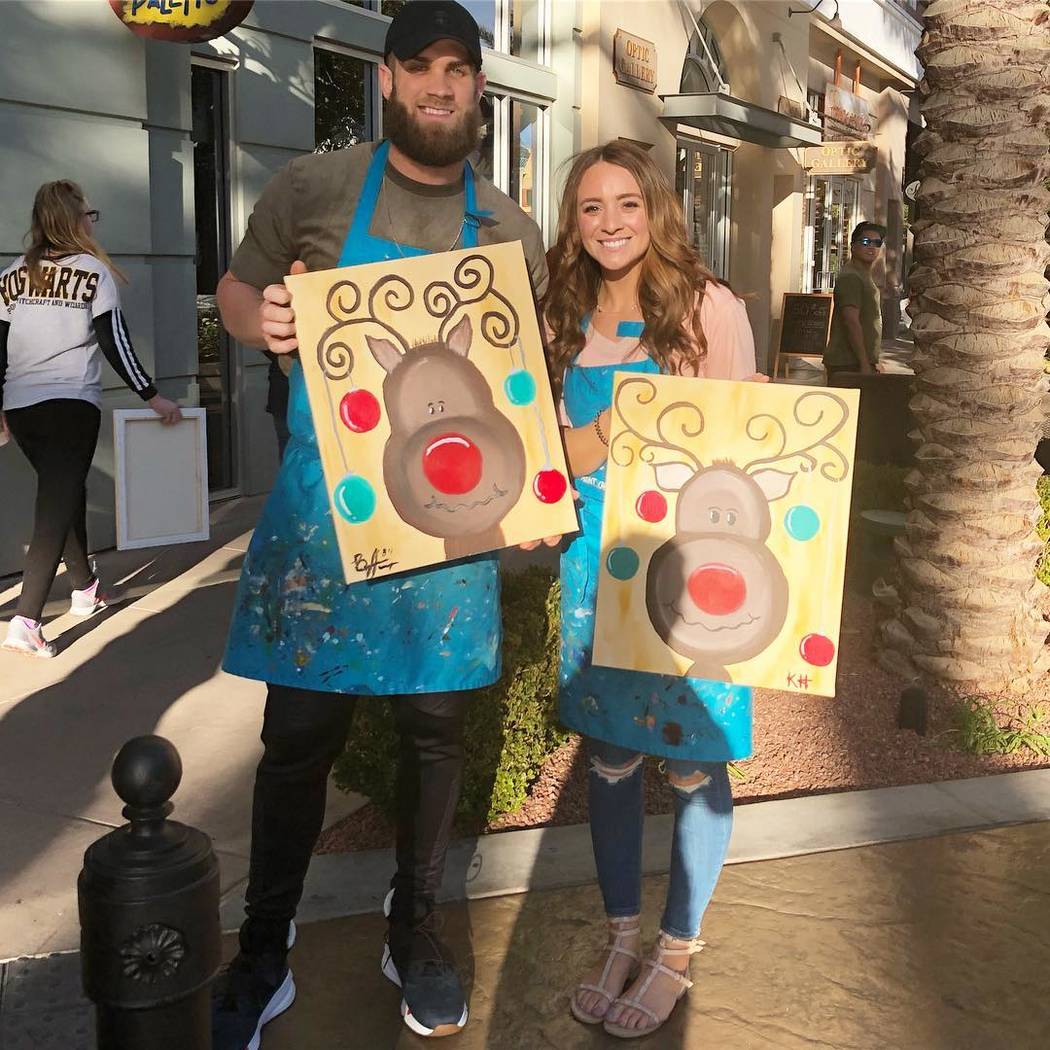 Washington Nationals slugger Bryce Harper and his wife, Kayla Harper, are shown at Pinot’s Palette at The District at Green Valley Ranch on Sunday, Nov. 12, 2017 (The Ferraro Group)

The check-out time for the stars of “Sex Tips For Straight Women From a Gay Man” has been established.

Jai Rodriguez and Kendra Wilkinson’s last performance will be Jan. 2. Wilkinson, who portrays the sexually naive Robyn in the production at Paris Las Vegas, announced her plans via Twitter.

Rodriguez, the aggressively tutorial Dan Anderson in the show, had earlier stated Jan. 3 was his final date, though the last performance date for both would be Jan. 2 because the show is dark Jan. 3.

Producer Adam Steck of SPI Entertainment says the show at Anthony Cools Theater will continue with new actors in the lead roles. “We’ve almost signed someone from the reality TV world to be the female lead, and someone with stage experience to play the male lead,” Steck said Friday.

Based on Anderson’s own self-help book, the show opened in June and has been woven into the plot of Wilkinson’s We TV reality show, “Kendra on Top.”

Joe Walsh has given to veterans’ charities for much of his career, a highly personal cause.

“My father was an Army Air Corps fighter who was killed in 1949, I was not even 2 years old, and I’m a Gold Star kid,” says Walsh, headlining at House of Blues at Mandalay Bay on Saturday and Sunday nights. “I feel that I am with the Gold Star families.”

Walsh started his own foundation, VetsAid, with a concert at EagleBank Arena in Fairfax, Va., on Sept. 20, joined by Keith Urban, Zac Brown Band and Gary Clark Jr. That show alone raised more than $1 million for Walsh’s new foundation.

“The transition from being in combat to a civilian is too much for a lot of our veterans,” Walsh says. “I’m here to let them know that we’re here, and I feel like we’re all in the same family.”

Unfiltered insult artist Vinnie Favorito’s time at Westgate Cabaret ends Dec. 5. His contract is about to expire out, and the hunt is on for someone — or some thing — to take his 8 p.m. time slot.

Elsewhere, Barry Manilow has not yet signed with Westgate to perform at International Theater next year — which is my way of saying, keep your eye out for a Manilow residency next year. And remember “Monster Circus?” The rock production that played the then-Las Vegas Hilton Theater? Dee Snider headed up the “Monster Circus” show in 2009 and has long wanted to return a version of that show to the stage. Westgate might be there, looking for a counter-balance to a legendary pop star.

Jarrett & Raja are back onstage at Stratosphere Showroom, celebrating their “Music vs. Magic” show Wednesday through Sunday at 4 p.m.

The new production is very similar to the one the duo performed at Hooters, but many of the acts are more effective with the expanded space. For example, the moment where Raja, a Juilliard-trained pianist, hovers above the piano as he plays “Blue Danube.” He finishes the piece by touching the keys with his feet. This works beyond the level of staged illusion.

The music credibility is further reinforced bymusic director Jeff Neiman, a highly regarded Vegas arranger and musician. The magic acts are expertly performed — card tricks and “mind reading” never go out of style — and the shtick is dependably corny. I’ve long felt that J&R’s act borrows from the vibe of a different era, back when we were all kids. If you have any of your own, hit the Strat, stat.

Terry Fator’s “A Very Terry Christmas” returns to his eponymous theater at The Mirage Nov. 27-Dec. 25. Fator’s wife, Angie, will even make an appearance during the show. The set is again a cozy living-room scene, a fire (not a real one, mind you) on one side and a door on the other, where Fator’s assorted guests pop in. He plans to resurrect his “Little Drummer Boy” duet with his David Bowie and Bing Crosby puppets. And, in a rare piece of scheduling, Fator is actually performing on Christmas Day. So, too, is Walter T. Airdale …