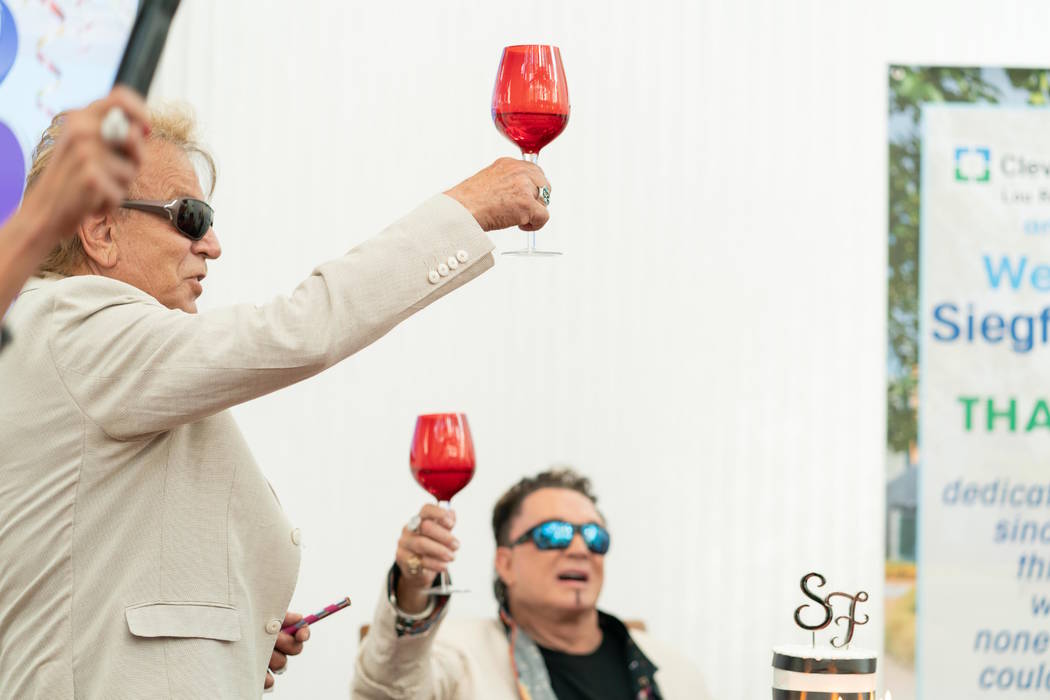 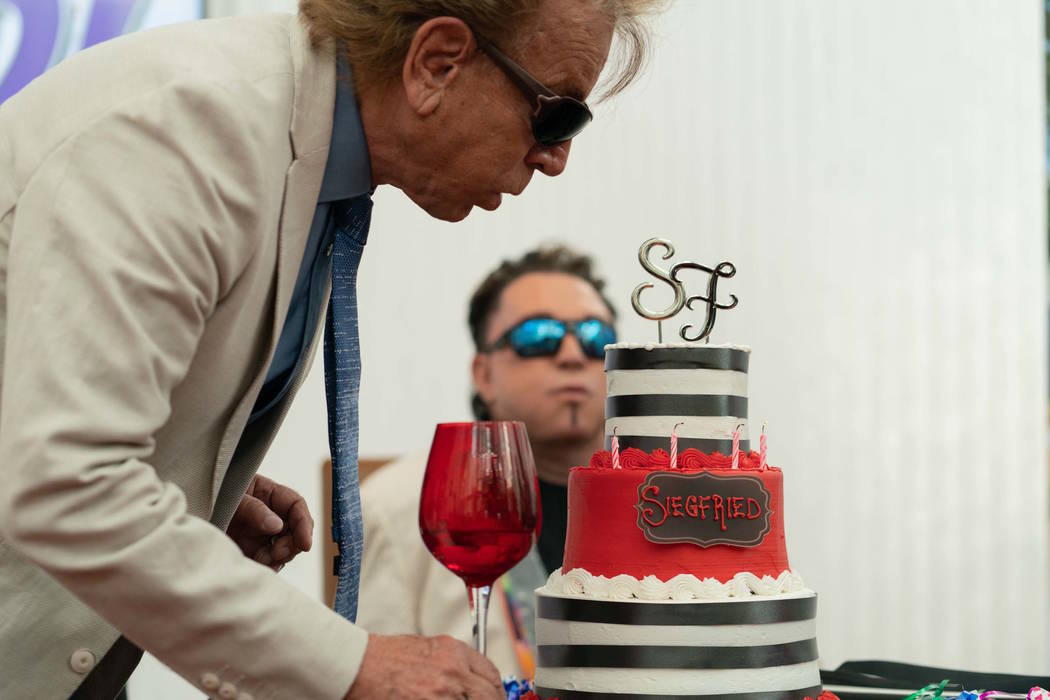 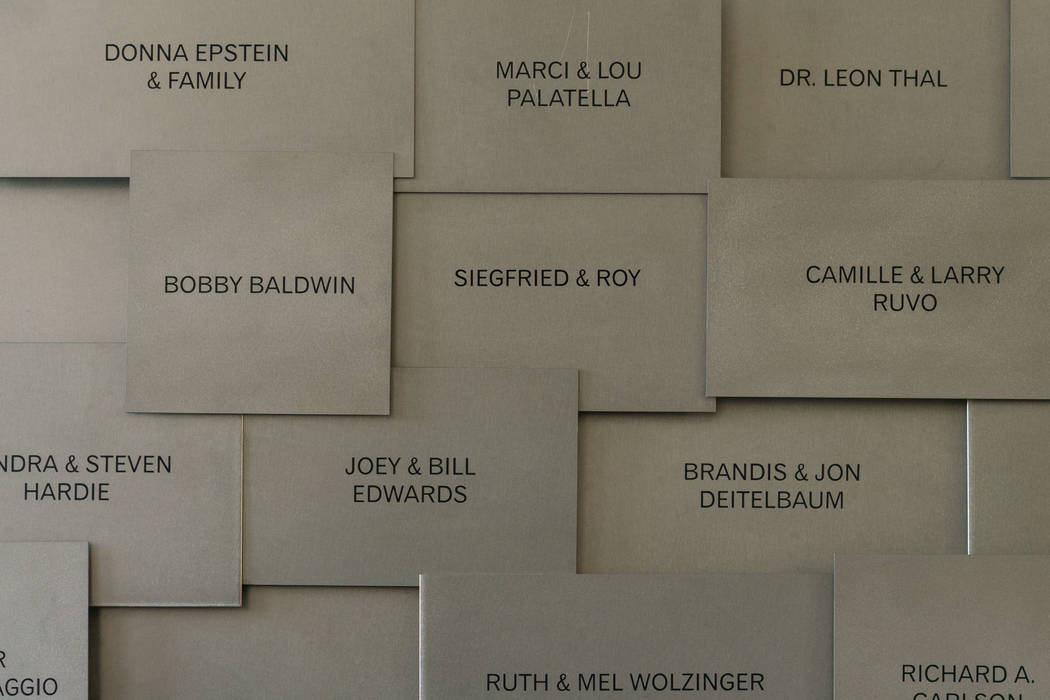 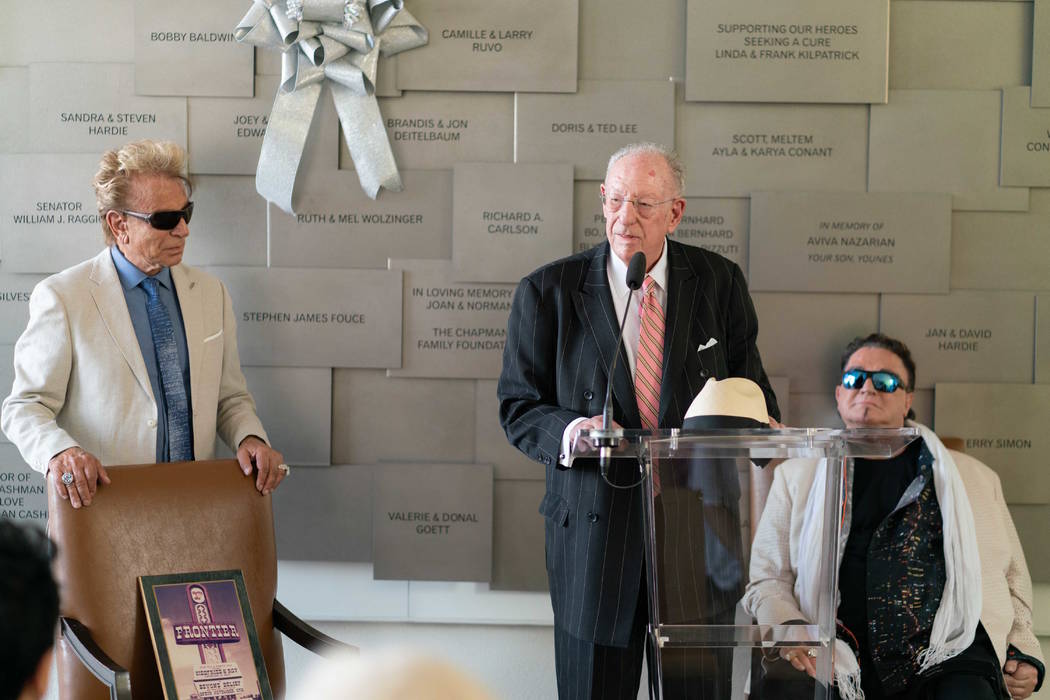 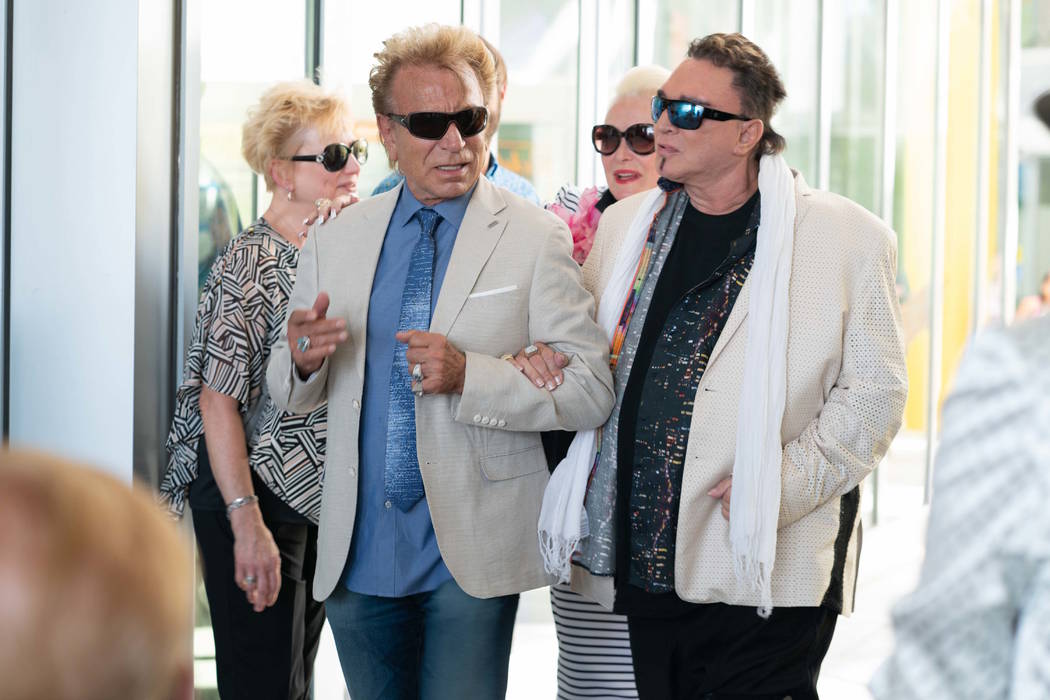 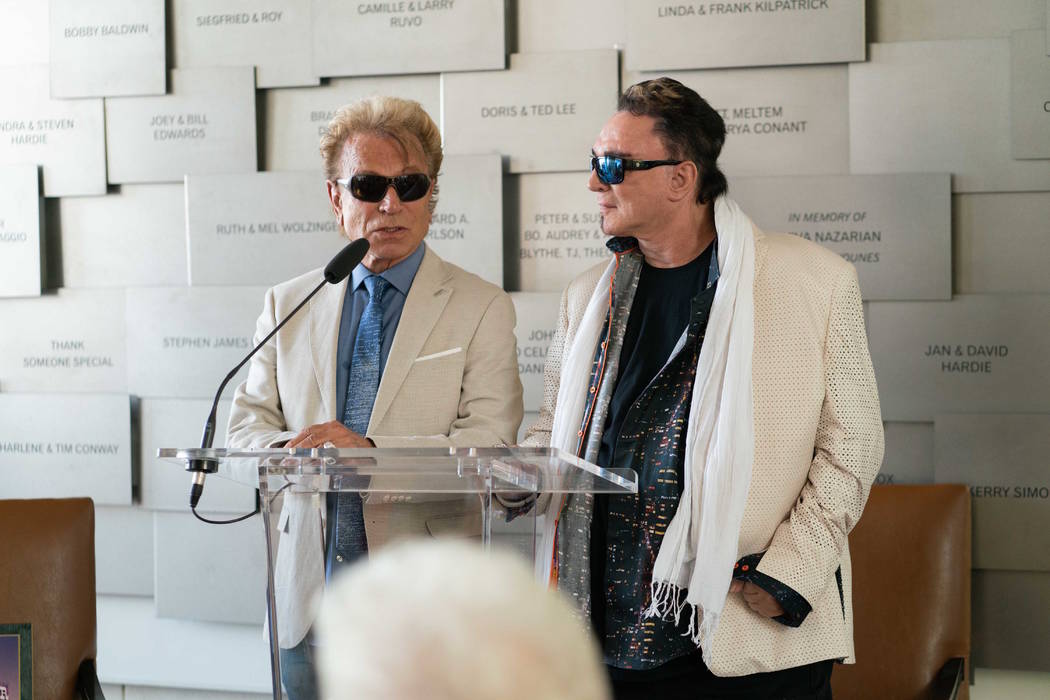 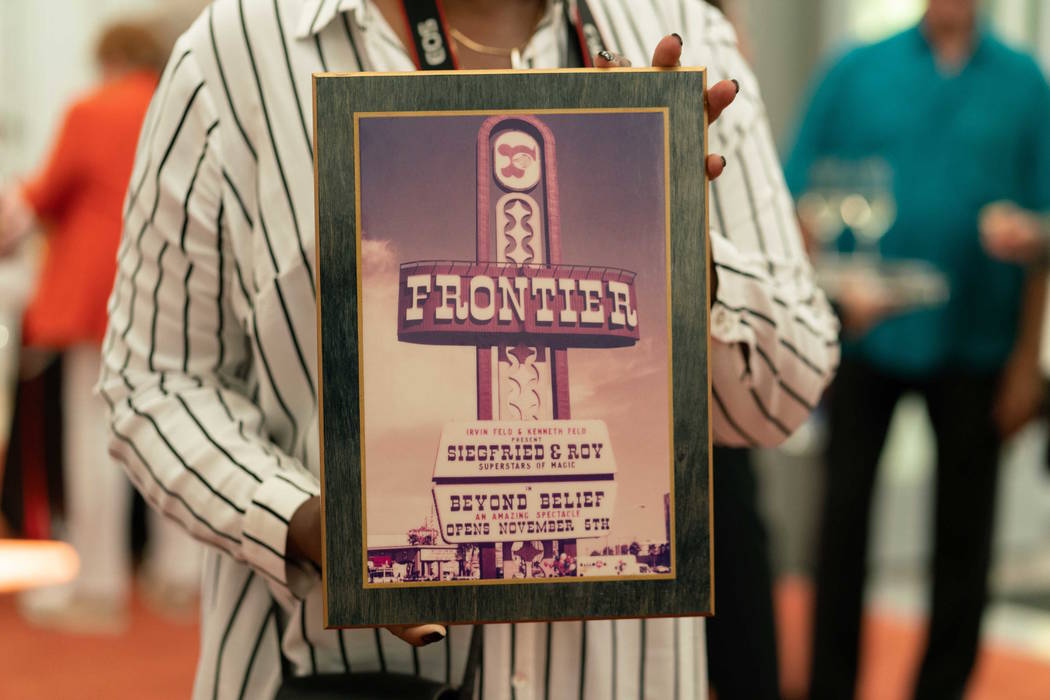 A photo of the marquee for Siegfried & Roy's 1981 opening at Frontier hotel-casino is shown at Cleveland Clinic Lou Ruvo Center for Brain Health on Siegfried's 79th birthday on Thursday, June 14, 2018. (Cashman Photo)

Thursday, the duo were honored on the dual events of Siegfried’s 79th birthday and a commemorative plaque unveiling at Cleveland Clinic Lou Ruvo Center for Brain Health.

Siegfried was ostensibly unaware of the two-sided celebration. Regardless, he arrived dutifully well-suited, donning shades, ready for the public.

In a side convo, Siegfried said he is still working on a script for a biopic about the famed performance tandem. In 2016, the duo recruited Philipp Stolzl, who directed “The Physician,” to head up the project. Screenwriter Jan Berger is to draft the script, with the performers’ editing and input. The German studio UFA Fiction and chief executive officer Nico Hofmann are producing; S&R are the credited executive producers. No release date is set for the film.

“The hardest part for us, is writing the story,” Siegfried said. “It takes much work, because we have lived such lives.”

Earlier, in a casual ceremony in the Ruvo Center’s entryway, Siegfried recalled, “They wanted us to change our names, when we moved to Las Vegas. They thought we sounded too German, that we would never have a chance in this city.”

That was in the late-1960s. The illusionists did have a chance, turning their side act at Lido de Paris into a 14-year run of sellouts at The Mirage. The run ended only when Roy was dragged offstage, nearly losing his life, by the big cat Mantecore on Oct. 3, 2003. The duo have since presided over the Secret Garden at The Mirage and lent their support so such civic projects as the Las Vegas Community Healing Garden in the Arts District.

During Thursday’s event, Southern Glazer’s Wine & Spirits of Nevada exec Michael Severino gave the duo a photo of the marquee announcing their opening at Frontier hotel-casino in November 1981. The few dozen in attendance noshed on a cake presented by chef Gustav Mauler of Spiedini Ristorante at JW Marriot.

Smith Center President Myron Martin led one of several toasts by simply saying, “Thank you for changing entertainment in our city.” Not a bad sentiment for an individual who didn’t realize he was to lead a formal toast. S&R likes everyone to be ready for the stage.