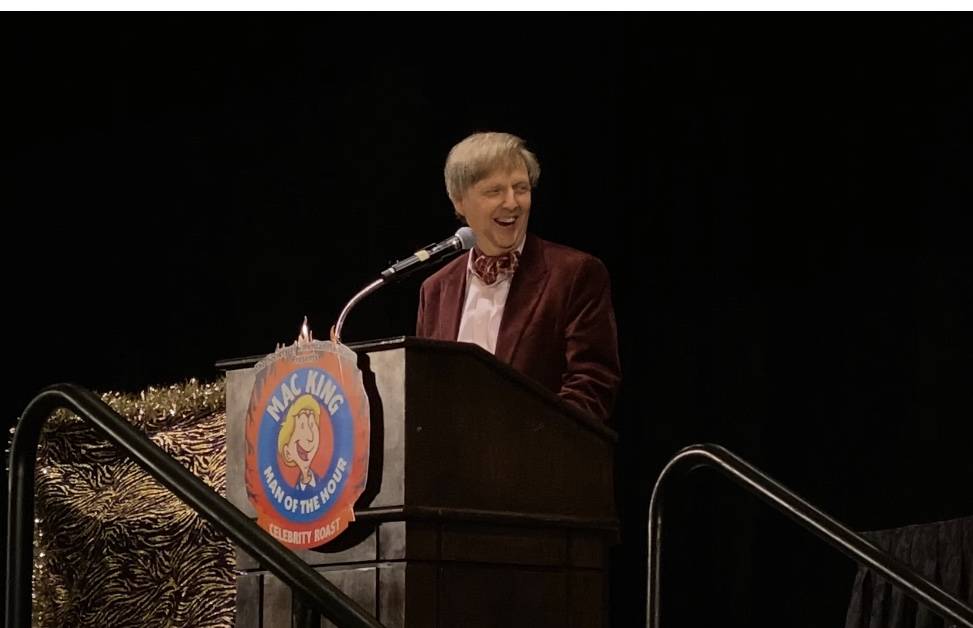 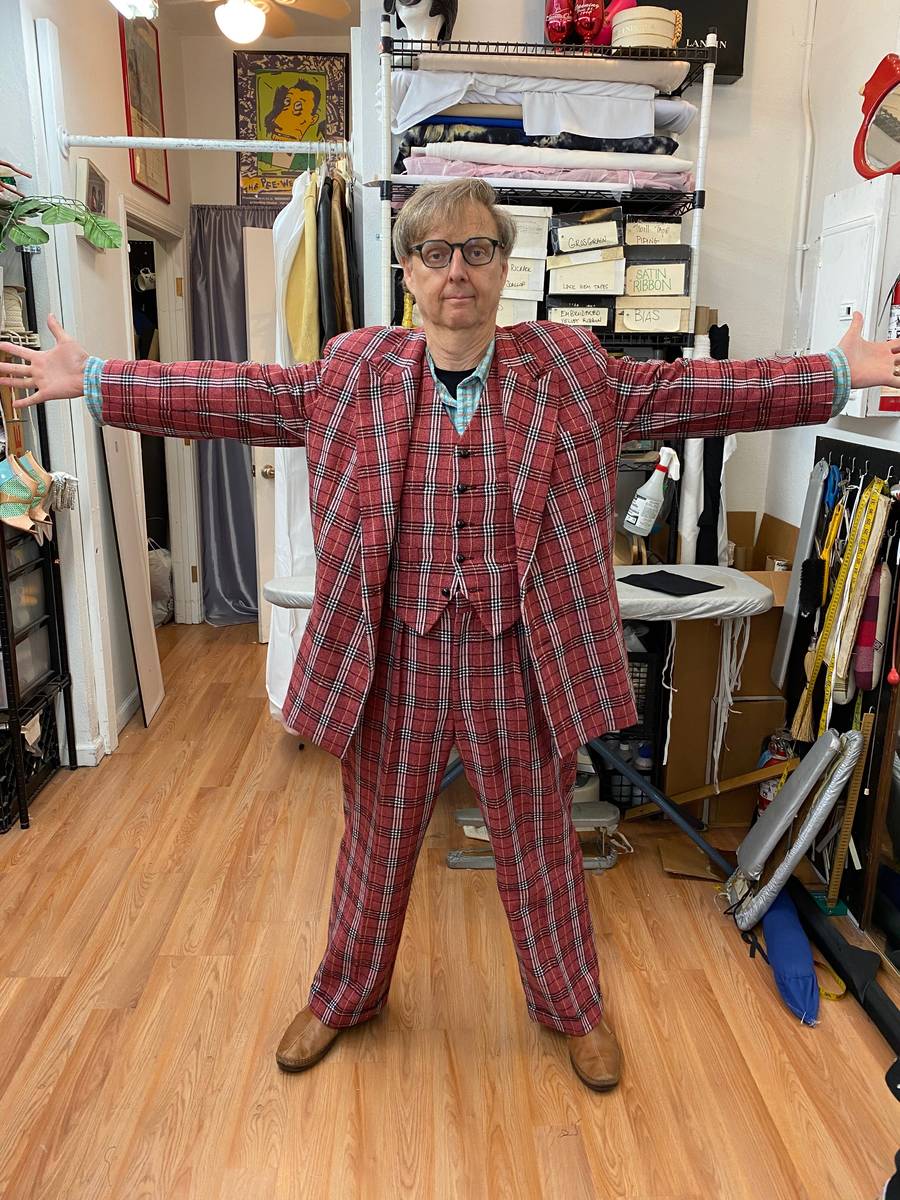 Mac King shows off his new/old plaid stage suit, tailored for him by costume designer margaretrose on May 17 in Los Angeles. (Mac King) 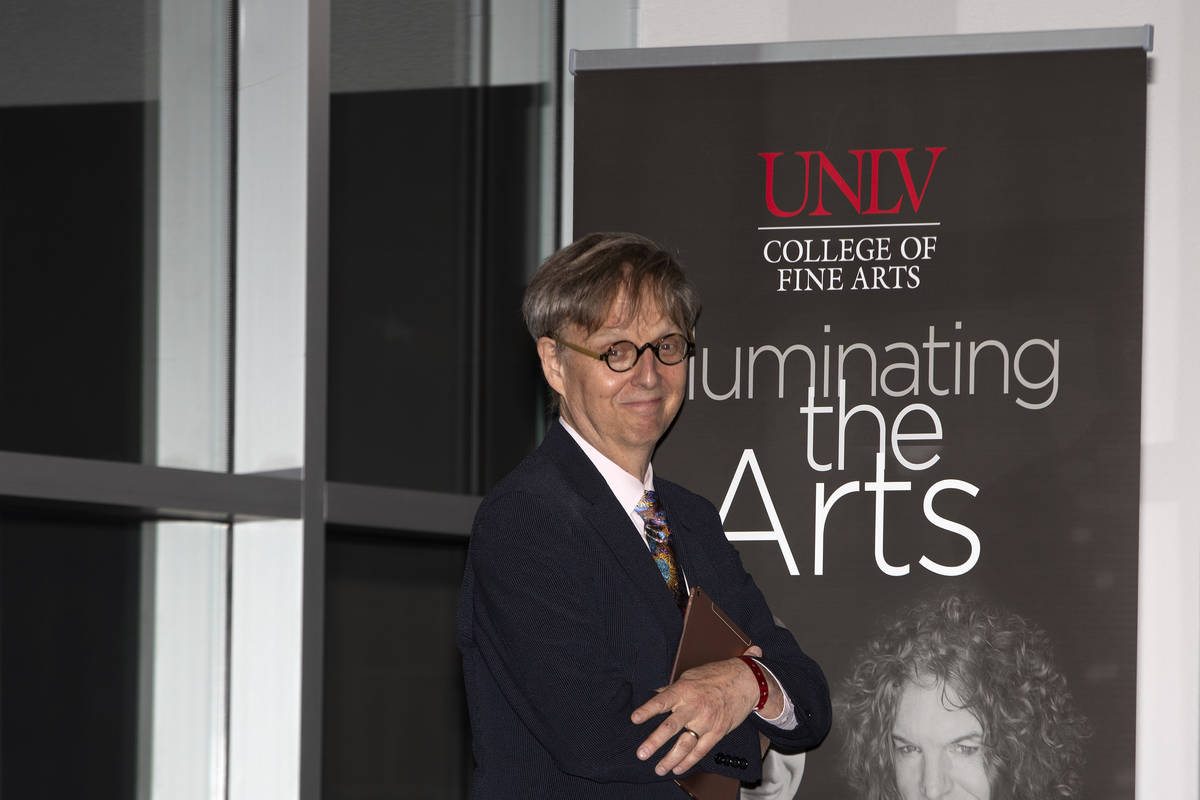 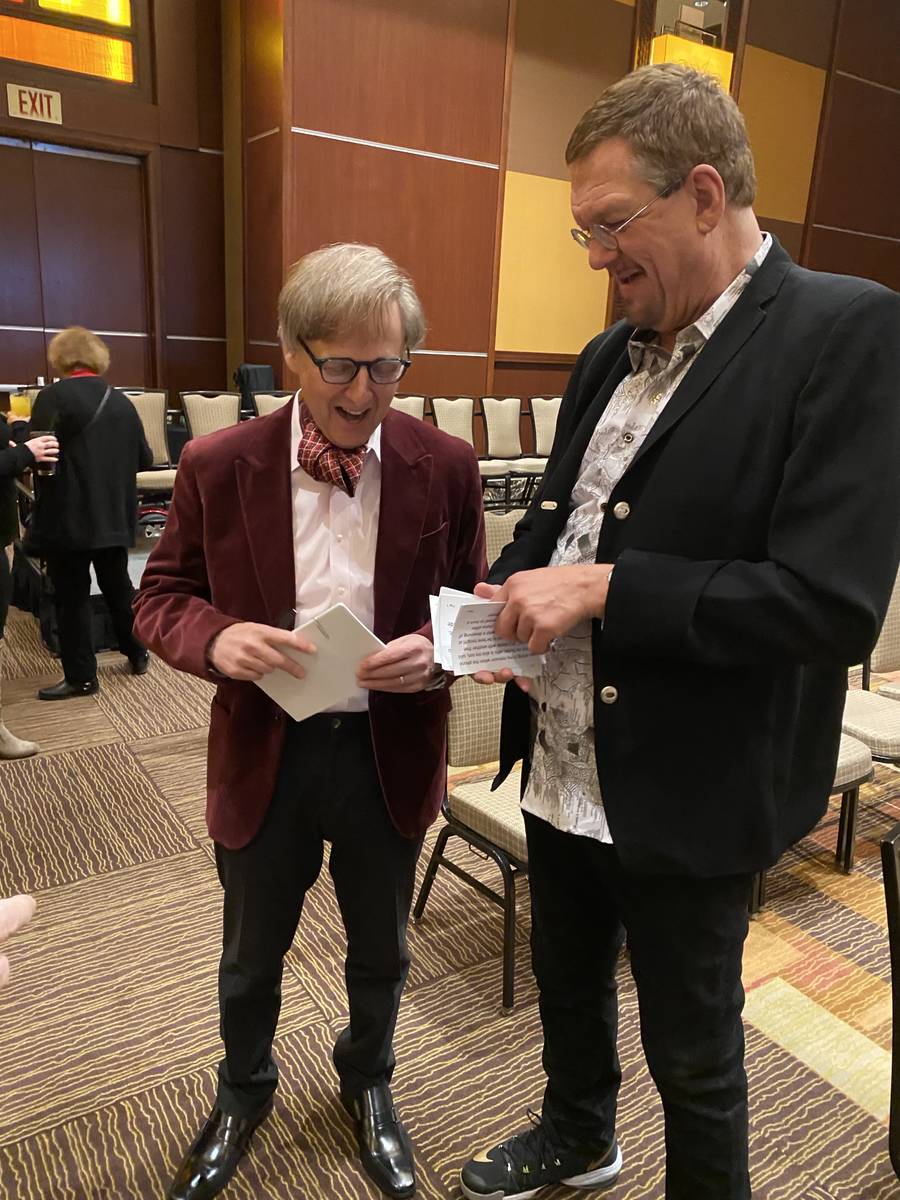 Mac King and Penn JIllette are shown at the honorary roast of King during the Society of American Magicians Convention at Golden Nugget's Grand Ballroom on Monday, Jan. 20, 2020. (John Katsilometes/Las Vegas Review-Journal) @JohnnyKats

Onstage, Mac King produces Fig Newtons from his fly. He also pretends to gulp goldfish, and wears a yellow raincoat as an “invisible” suit.

This is not conventional material.

In his two decades on the Strip, King has shown he is anything but conventional. That’s why King, the comedy-magic headliner with the longest current unbroken residency on the Strip, is moving from Harrah’s to Excalibur’s Thunderland Showroom. He opens June 22.

“The big deal for me was, in talking to the Caesars people, I think they’re positioning Harrah’s as more of a convention destination with that new big convention center behind Harrah’s, and that’s not good for me,” King said Wednesday, chuckling while making that point. “If you’re at that hotel because you’re at a convention, well, during the day you’re at that convention. You’re not going to the Mac King show.”

King’s decision was made before, and outside, Caesars Entertainment’s decision last month to shut down several small-capacity shows and venues.

“I was not a part of the strategic cutting of live entertainment,” King said. “No, all this stuff has been in the works for a few months.”

King’s move closes the book on his 22-year partnership with Harrah’s. His show performs 1 p.m. and 3 p.m. daily (dark Sundays and Mondays), same schedule as his days at Harrah’s. Tickets start at $44.95 (minus fees) and are on sale at 10 a.m. Saturday at excalibur.com and ticketmaster.com.

In this castle-inspired hotel, King is sharing a venue with “The Australian Bee Gees Show” and male revue Thunder From Down Under. He laughs when asked if he’ll don his famous Cloak of Invisibility raincoat and lope across one of the Thunder dance numbers.

“You know, I was throwing out all these goofy lines for cross-promotions, like, ‘Mac King now at the Thunderland Showroom. Less abs, more laughs!’”

But the room is fit for a magician. It was essentially built for the since-departed Hans Klok, the showroom original anchor headliner until he hauled out of the hotel during COVID.

“One of the things I really like about that showroom is that some of the the secret magic stuff that I need, like in order to disappear onstage and appear in the back of the room, I can do,” the 61-year-old King said. “The showroom is laid out good for that so there’s nothing that precludes me from doing my Mac King show in that showroom.”

King’s career in Las Vegas was Maxim-ized from the start, the pun related to his opening at Maxim hotel-casino in October 1999. The property, which is today The Westin Las Vegas, abruptly closed its casino within two months (the joke back then was King was so good, he could make his own venue disappear).

Until he moved out, King used the Maxim Showroom as a de facto audition space, finally landing at Harrah’s and opening in the old Improv room (now Harrah’s Cabaret) in 2000.

“Back then, it was like, holy cow, I’ve got to get some work,” King said, glancing back at the series of events that led him to Harrah’s. “Looking for a new venue is not the reason I got into this, it’s not the reason I learned magic, you know? To do contract negotiations … I learned card tricks so I can avoid all that crap.”

King’s longtime producer and business partner Bill Voelkner performs that routine. He worked to release King from his deal with Caesars Entertainment.

King has known Lim only in passing. But of Copperfield, he says, “We are buddies, and so I talked to him and also Chris (Kenner, Copperfield’s executive producer) about me coming in. David is an inspiration, and also a resource about what it’s like to be in the MGM Resorts family.”

Copperfield has high praise for King.

“With Mac, the person you see onstage is real,” Copperfield said Thursday. “He’s truly a good soul, and obviously a superb magician. His success and longevity is no accident. Everyone in magic respects Mac King.”

Adam Steck of SPI Entertainment, proprietor of Thunderland Showroom, said of King, “He’s a Las Vegas icon, and he’s a magic icon. He has what I feel is the perfect show. Every moment means something, it’s perfectly paced. We are thrilled to have him in the room.”

King said he’d visited Thunderland during Klok’s show. “So, it’s going to be exactly the same show as Hans did, but with less wind machine,” said King, who added he had not found any wind machine left behind.

Rather, King says, “My show doesn’t so much change, but evolves. Little bits here and there will be updated.” King will be updating his trademark, oversized plaid suit, tailored in L.A. last month and to be ready for reopening at the ExCal.

“Hopefully the new suit will be done,” King said. We can expect that suit to be worn in many performances. As the ExCal’s new King says, “I don’t think I’m even close to being over.”