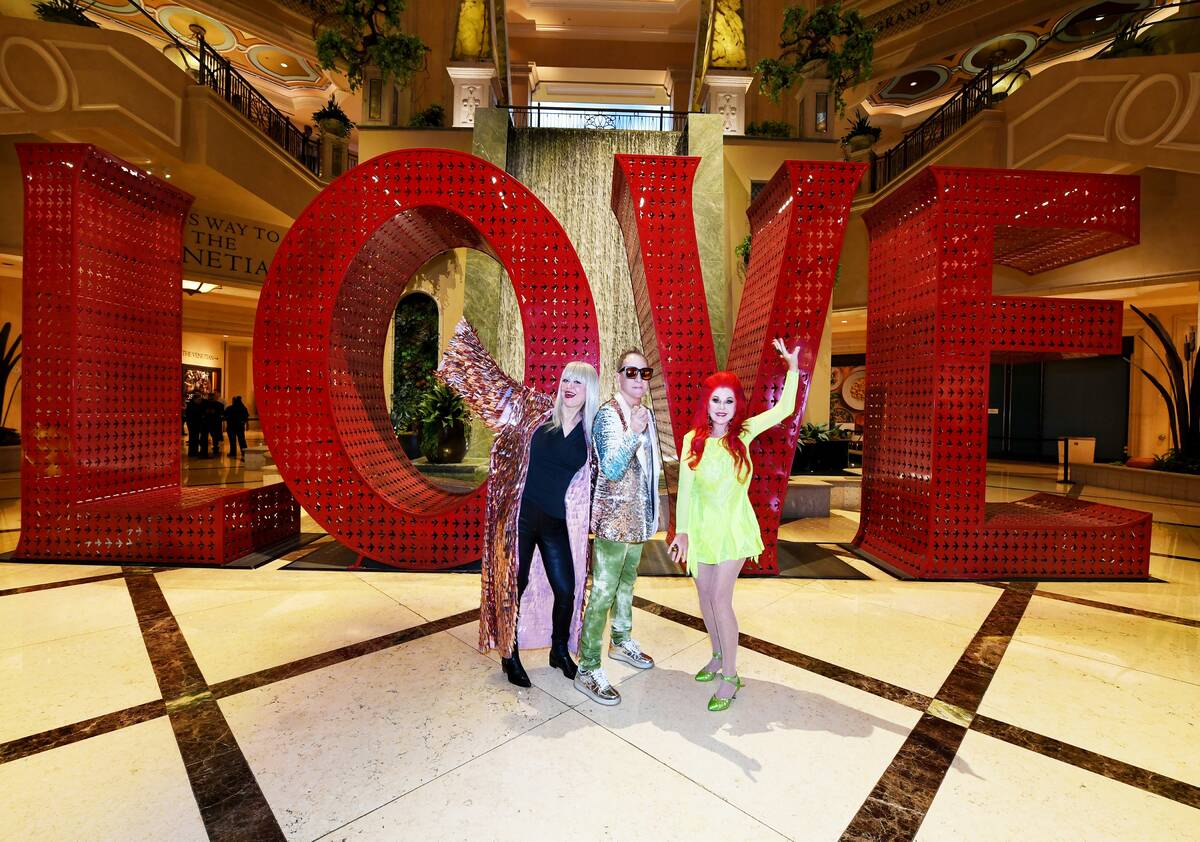 The B-52's Fred Schneider, Cindy Wilson, and Kate Pierson show the love at The Venetian, where in 2023 they play a 10-show residency. (Denise Truscello)

We see folks linin’ up outside, just to get down.

The B-52s, billed as The World’s Greatest Party Band, is booked for a 10-show residency at The Venetian Theatre. Playing off the band’s signature song, the series is dubbed, “The B-52’s Loveshack: The Vegas Residency.”

The B-52s broke in the spring of 1978 with the single “Rock Lobster.” Their string of hits includes “Dance This Mess Around,” “Private Idaho,” “Roam” and “Deadbeat Club.” The lead single from the album “Cosmic Thing,” “Love Shack” was released in June 1989, went to No. 3 on the Billboard Hot 100 and was named that year’s best single by Rolling Stone.