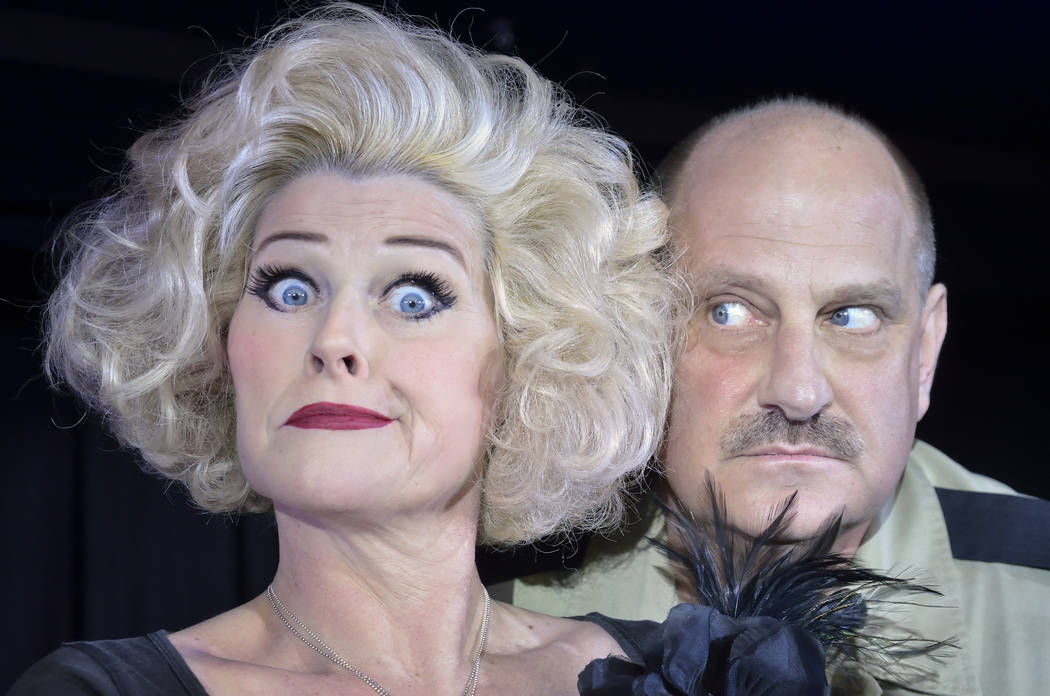 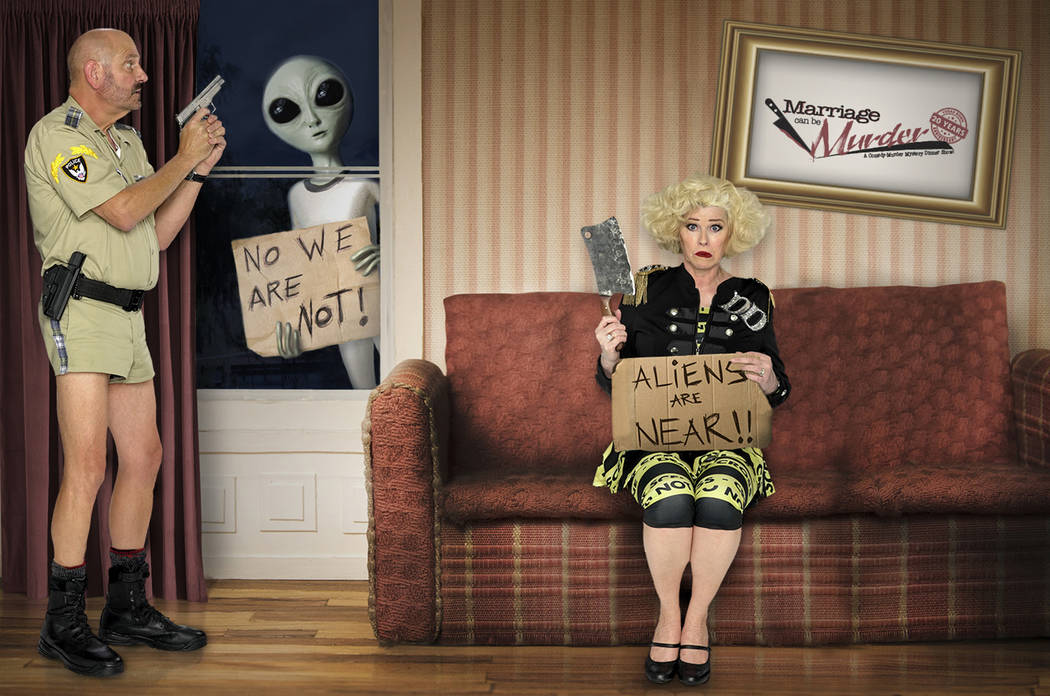 ("Marriage Can Be Murder") 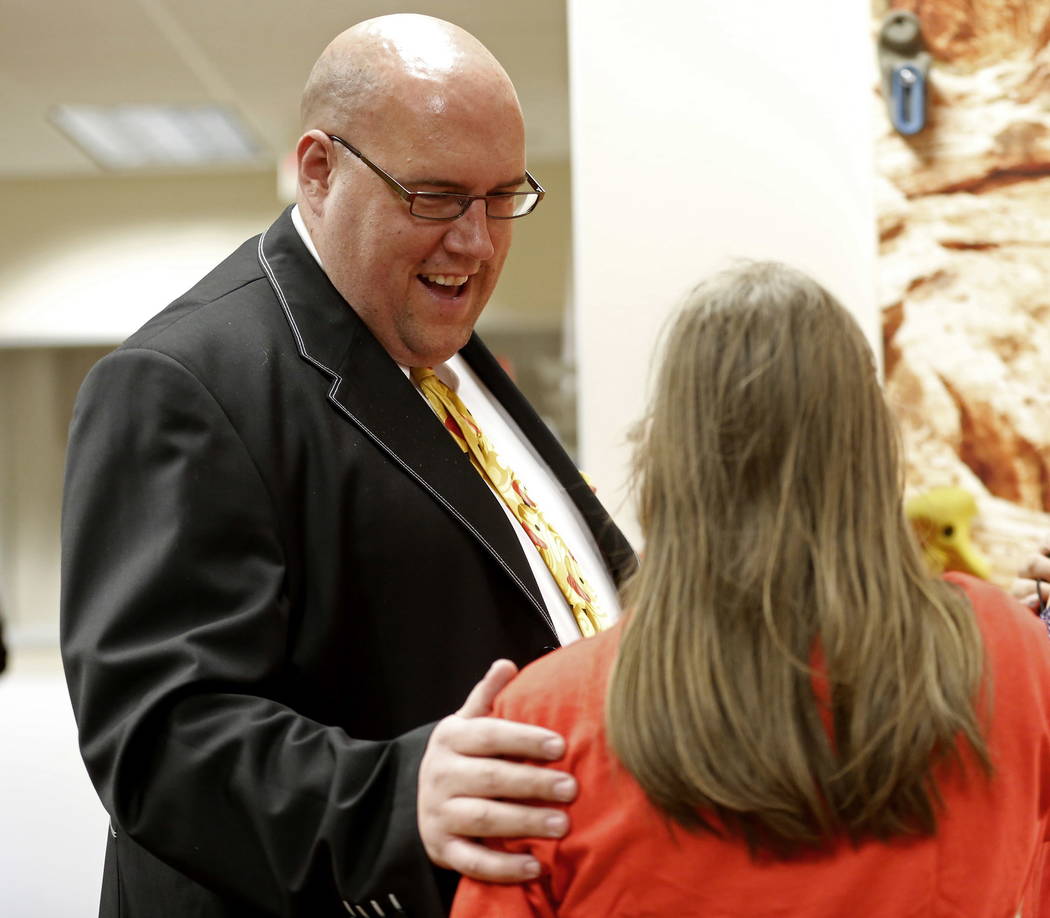 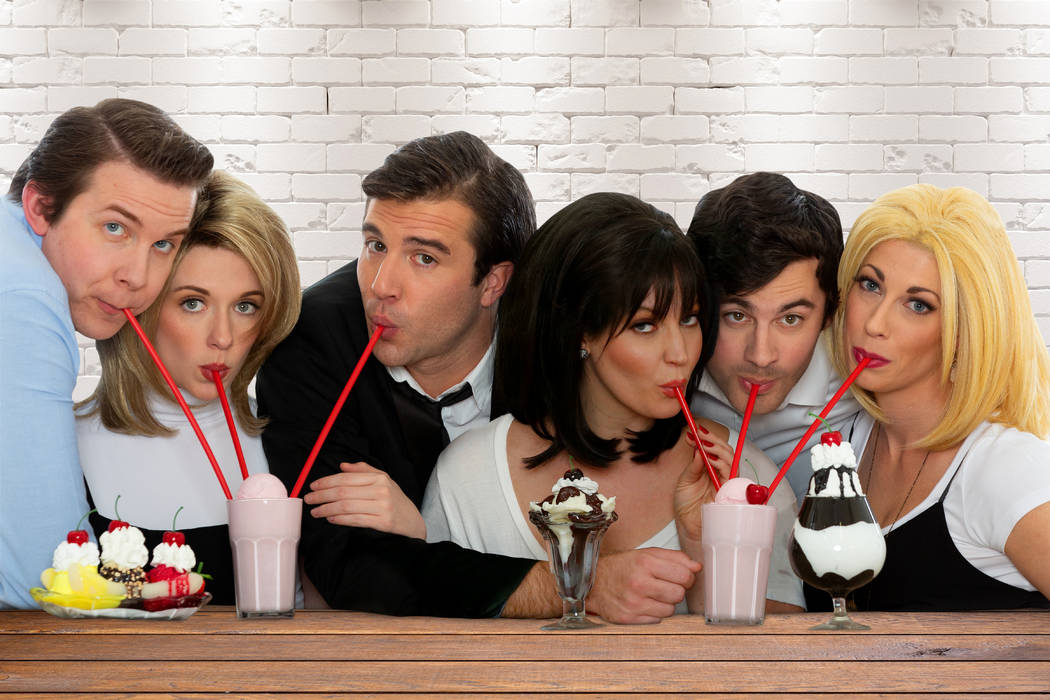 It’s game over for the stage shows at the D Las Vegas. The hotel is turning its second-floor showroom into a sportsbook.

Plans are in place for the D to open its new sports-wagering emporium in its old showroom space in time for the NCAA Tournament on March 17. “Marriage Can Be Murder,” Adam London’s afternoon magic show, “Friends a Musical Parody,” “Defending the Caveman” and the Jokesters comedy lineup are all moving out effective Jan. 5.

Word from those familiar with the plans for the showroom is the casts of the shows being displaced were notified over the weekend they would be closing.

“We are very very excited about what bringing into the second floor of the D Las Vegas,” Derek Stevens said Sunday night. “We will continue to support the shows we’ve had here find a new home.”

“I’d like to thank Ivory Star and all involved for the terrific productions they’ve brought to our showroom over the years,” said Stevens said in a statement Monday afternoon. “They have been fantastic business partners and have entertained thousands of Las Vegas visitors at the D. I wish them well and am sure they’ll find a new home very soon, where they’ll continue their legacy of great entertainment.”

John and Shannon Bentham of Ivory Star Productions subleases the showroom from the hotel and operates its box office. About 50 employees, including performers, stagehands and box-office personnel, will be looking for new jobs.

“Ending a long-standing relationship is never easy, especially when we are on an upward trajectory, but I am thankful that we have had a space to create and experiment,” John Bentham said, also in the joint statement issued Monday. “I am proud of the award-winning shows we have but more than that, from our box office team to our casts and crew, I am honored to have worked alongside so many incredible and dedicated individuals that have entrusted me with their livelihoods. I look forward to the next chapter.”

Assembling a sports-betting fiefdom has been a top priority of D Las Vegas co-owners Derek and Greg Stevens for years. Their passion for sports wagering has accelerated as the brothers have planned a massive sportsbook for Circa, opening in 2020.

There are no plans for a theater or showroom at Circa, with Derek Stevens pinning his entertainment plans on Downtown Las Vegas Events center, which is expected to host more than 100 live entertainment events next year.

The D’s current sportsbook annex is on its second level, across from the Showroom entrance. But most of the sports-watching energy is at the casino Longbar, which is where you can typically find Stevens, an active bettor and fan of teams from his native Michigan.

Stevens has become a great personality on Fremont Street, with his custom-designed trench coats and extravagant wagers — expect some spectacular betting action when the new book opens for the college hoops tournament next spring. But that passion has come at a price. The outgoing productions are filled with expert entertainers and showbiz pros. A pair of the shows, too, are longtime favorites.

“Marriage” celebrated its 20th anniversary this year. “Caveman” has been presented at the showroom for a decade. Both have been at the hotel since it was Fitzgeralds Las Vegas, prior to when the property was turned into the D in 2012.