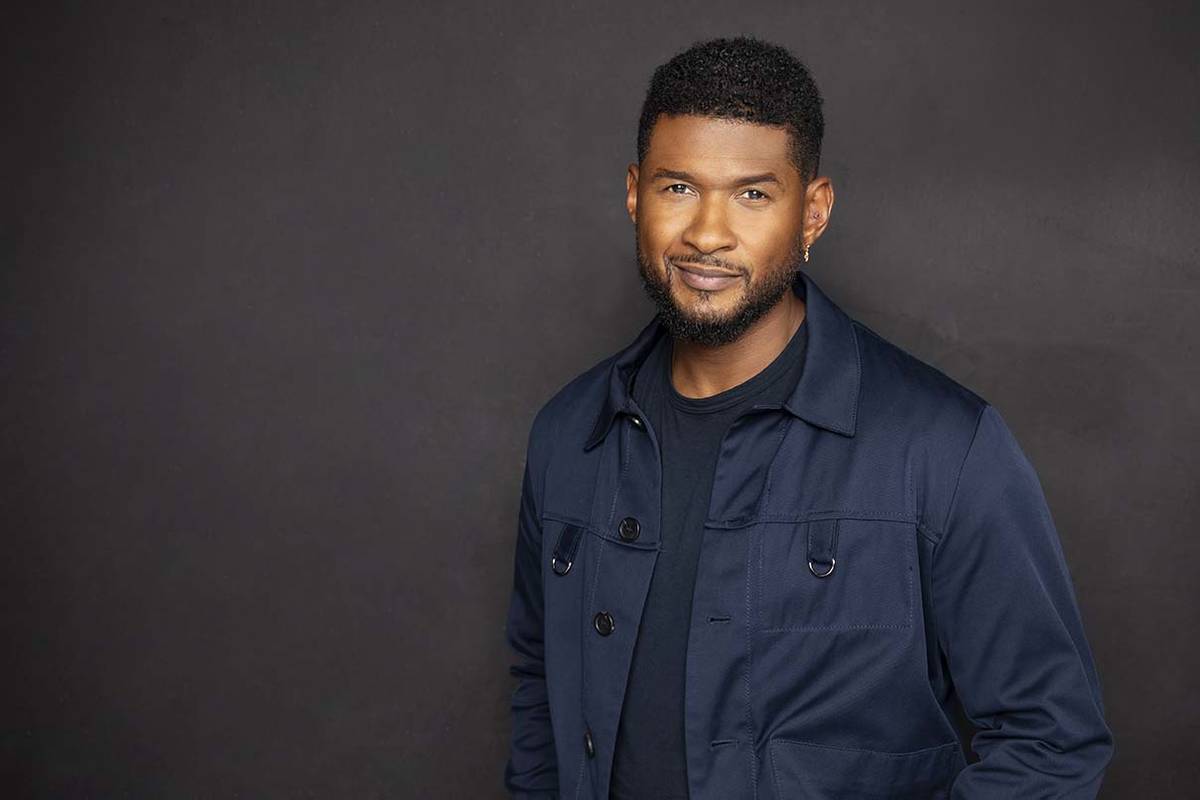 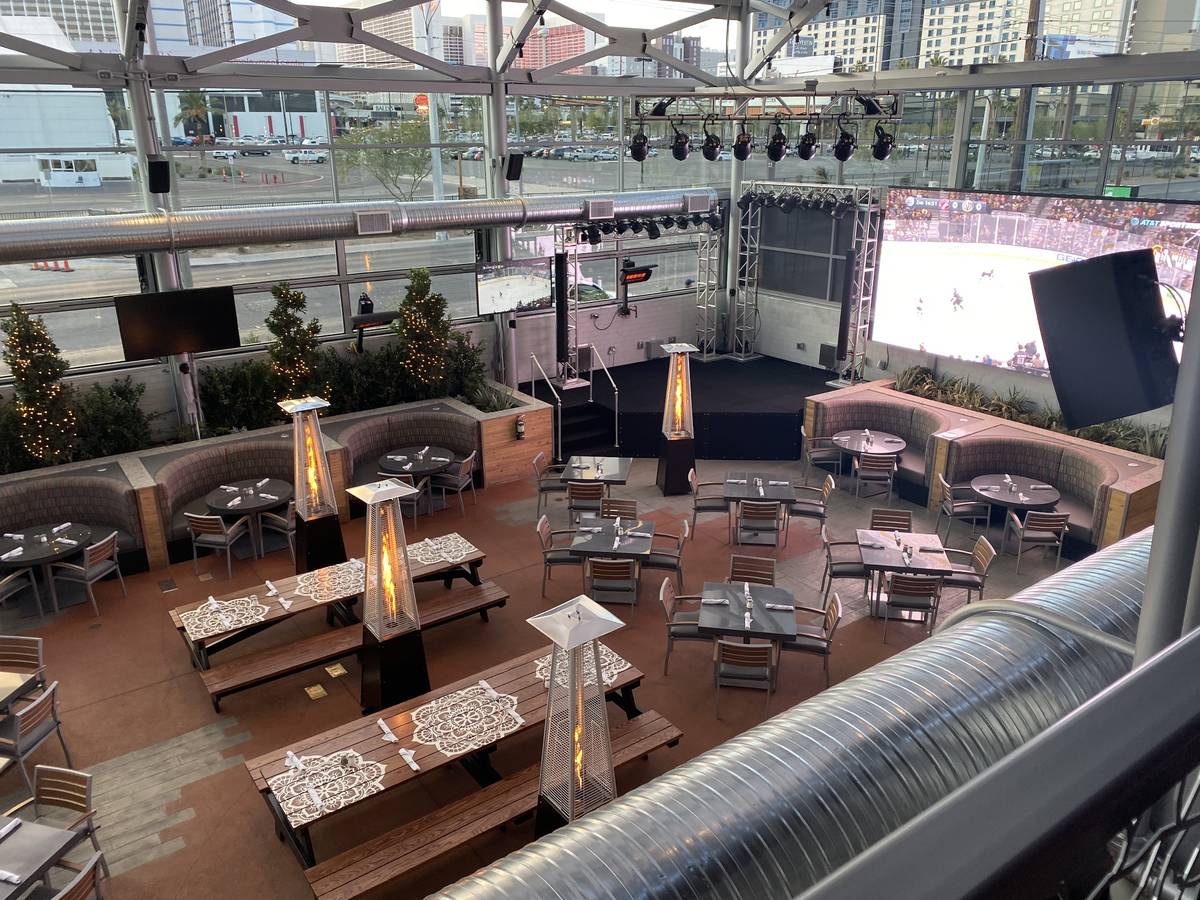 Usher has the right handle for pandemic entertainment reopenings. The superstar recording artist’s name is a job title for theaters. It’s a verb, too, as Usher ushers in the post-COVID headliner era on the Strip.

The versatile showman’s production is the first new headliner residency announced since the March shutdown. The fun begins July 16 at the Colosseum, and the series continues for eight dates that month and returning for four dates over New Year’s Eve weekend 2021-22.

This is to be an unbridled production, in the spirit of pre-COVID, when talks between Usher and Caesars and Live Nation execs began. Jason Gastwirth, Caesars Entertainment president of entertainment, says Usher’s show is designed for no artistic restrictions and no reduced seating. The venue will be set at its intended 4,300 capacity.

“I think we’ve seen just overall in the industry, a look to do early to mid-next year when you think of various touring plans and festivals,” Gastwirth said in a phone chat Friday. “We’re excited that Usher is going to be an important part of the Caesars family going into next year.”

Gastwirth does allow that the theater will adhere to the “new norms” of safety directives, even after COVID.

Venues internationally have cut capacities for social distance, returning even theater-scale shows to the stage. Cirque du Soleil, for example, continues to run “Joya” in Mexico for 200 ticket holders, or 30 percent of 600-seat capacity.

But attempting to carve up the Colosseum for such stars as Usher, or Sting, is not part of the Caesars blueprint. Gastwirth says he’s optimistic about a 2021 return to a full house. Of reduced seating, he said, “I don’t think we’re really contemplating it.”

Gastwirth continued, “You know, I think we’re looking at this show at being high energy and it’s why we’re confident it being pretty far out there that we’ll be in a good situation to be at full capacity.”

Usher will need the space.

“It’s going to be an incredibly immersive show,” Gastwirth said, dusting off his production descriptions. “He’s a top entertainer and I think this gives us great, great optimism as we look into our next summer.”

By the time summer 2021 rolls around, we will have a firm grip on what is and isn’t possible in residency shows. Reba and Brooks & Dunn are still selling for December, and Sting is scheduled to finally open at the Colosseum in January (both residencies, right now, seem ambitious, considering there is no time line for ticketed shows to reopen). The Scorpions are set to return to Zappos Theater in May.

Caesars’ new ownership team from Eldorado Resorts is now in place. But Gastwirth says the company’s emphasis on entertainment is unchanged.

“I think there is a consistency in excitement of the role that entertainment plays in the success of our company,” the exec noted. “They’ve certainly been very supportive of continuing to be an entertainment leader in Las Vegas and elsewhere. It’s been a continuation of our strategy, obviously with the focus of getting through this period, but with great excitement and optimism for what the future holds.”

Gastwirth reminded during our conversation that Caesars Entertainment has actually returned live entertainment to its company, but not in Las Vegas.

The company has launched its “Bayside Rock Live!” outdoor concert series of rock-cover bands. The shows run Fridays. There is a ticket price ($44.95). Food and beverages are offered. The shows feature several cover bands outdoors at Atlantic City’s Marina District. Ticket purchasers are required to sign a waiver assuming all risks of catching any disease or illness (including COVID).

But the shows are there to be taken, through the Beatles For Sale show on Oct. 23. Friday it’s DSB — An American Journey. You might remember them, or not, as the New Year’s Eve show at The Club at the Cannery in December. Aeromyth (you can probably guess which band is being sampled there) is Sept. 18. That band has played Vegas, too, at Dallas Events Center at Texas Station.

It’s almost worth a cross-country trip for these shows. Or, maybe we wait for the tide to come in.

“These acts give our guests there a chance to engage with entertainment, to the extent that we can present, it,” said Gastwirth, who adds that streaming projects and TV appearances are keeping the entertainment culture alive. “I think all of these things are really important milestones as we look for this industry to get back to where it was.”

Ellis Island hotel-casino is again presenting live entertainment at its clear-domed Front Yard restaurant and tavern. The club was to return to its live-music format from 9 p.m.-midnight Saturday, and running those hours Fridays and Saturdays unless the Golden Knights are playing. Then, VGK will be the entertainment.

Ellis Island’s self-imposed, live-entertainment moratorium lasted about a month. A Clark County licensing official halted the business’s tavern karaoke program on Aug. 5, and the Ellis family decided then to review its safety protocols. We’ll return soon, especially if there is no pressure to sing.

Marino wants to tour his “Divas” show again in January, and his memoir is due out in February.

The couple was part of the ambient scene in the restaurant’s new dining room, which is also its showroom. Find the newsmakers under the chandelier.