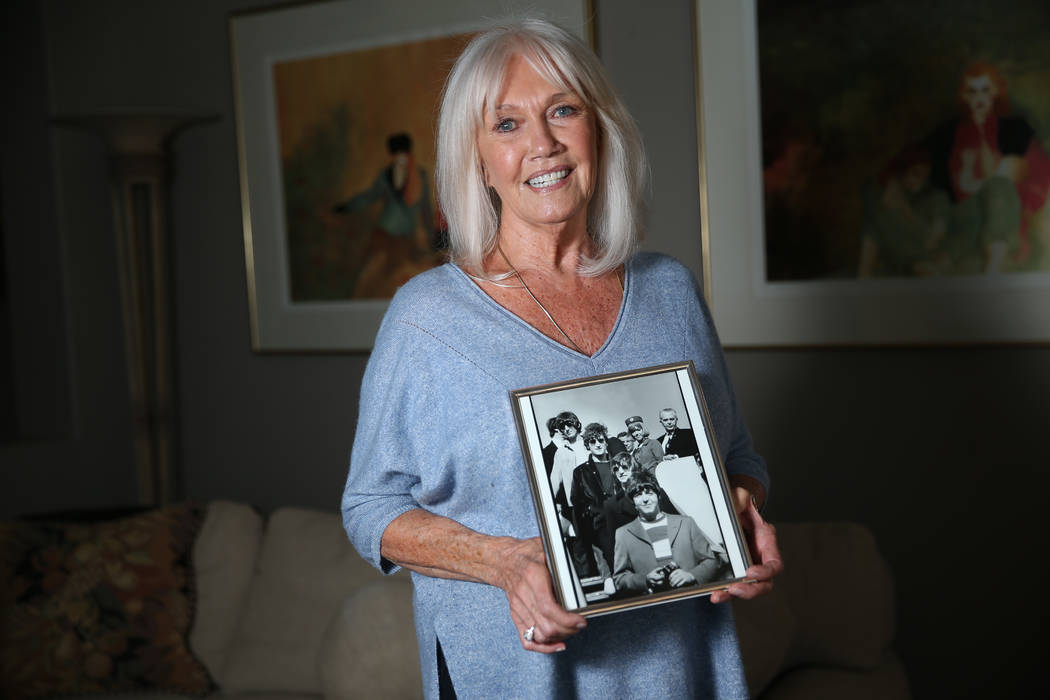 Sonnie Sims, a retired flight attendant, with a picture of herself with the Beatles in 1966, at her home in Las Vegas, Thursday, June 27, 2019. Sims (Erik Verduzco / Las Vegas Review-Journal) @Erik_Verduzco 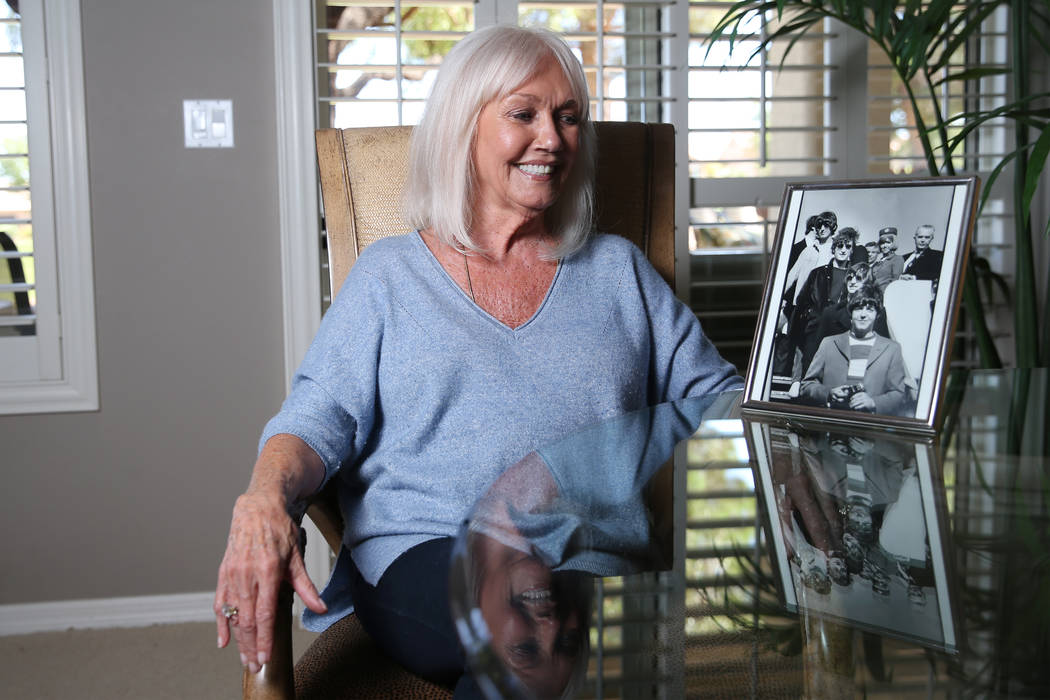 Sonnie Sims, a retired flight attendant, with a picture of herself with the Beatles in 1966, at her home in Las Vegas, Thursday, June 27, 2019. Sims (Erik Verduzco / Las Vegas Review-Journal) @Erik_Verduzco

The Beatles were nearly shut out of their last concert at Candlestick Park.

Sonnie Sims, a stewardess for American Airlines now living in Las Vegas, remembers. She was driven to the stadium with the Beatles as part of the entourage attending what would be the band’s final show.

Sims led the crew that had worked the charter flight from L.A. to San Francisco on Aug. 29, 1966.

“We got to the stadium and the gate was locked, and the Beatles couldn’t get in,” says Sims, who lives in Las Vegas with her husband, Duke. “We were driving around Candlestick Park trying to find a way in. The bus drivers were going, ‘We had three dry runs today to make sure this would not happen!’”

Finally, a security guard opened the gates to what lives on as a momentous rock concert. The convoy consisted of two buses and three limos, carrying support bands, equipment, roadies and the Beatles themselves into Candlestick Park.

The Beatles chose to ride a bus; the limos were used as decoys.

It didn’t matter. A throng of fans turned out to catch a glimpse of the Beatles as they closed their U.S. tour. The show in San Francisco was later announced as the group’s last proper concert. As the scene unfolded, Paul McCartney — seated next to Sims — trained his camera on the scene.

“He was taking pictures of all of these fans, swarming all around us,” says Sims, who recalled the event as McCartney is set to headline T-Mobile Arena on Friday and Saturday night. “All of the Beatles were having a ball, taking photos of the fans converging on the bus.”

The band legendarily packed cameras because they knew it would be their last concert. They were the only ones privy to that information.

“We had no idea,” Sims says. “It was never announced. We only knew they had to fly back to L.A., and then we thought they would go off to New York. But instead they left for London.”

The band performed at Dodger Stadium the night before playing Candlestick. Sims was picked to work the flight to San Francisco, in part, because she was linked to the rock ‘n’ roll culture. Her boyfriend at the time was Dean Torrence, of the famed surf-rock duo Jan & Dean.

Sims mentioned that connection to McCartney immediately when she boarded the bus for the motorcade from San Francisco International Airport to Candlestick.

“They knew I would not be star-struck in the presence of the Beatles, and I was really surprised to see an open seat next to Paul McCartney, so I took it,” Sims says. “I told him who my boyfriend was, and he said, ‘Jan & Dean recorded the worst song I’ve ever heard.’ I don’t remember what the song was. It wasn’t a hit.”

The critique was not taken as an insult. Just part of the convo.

”Paul was so charming,” Sims says. “He wasn’t my favorite Beatle at the time, I liked John (Lennon) and Ringo (Starr), but he won me over with his candor and charm.”

Sims and the other American Airlines stewardesses (what they were called in those days, long before flight attendants) were invited to stand near the stage for the entire historic concert.

“We were so close, we could reach out and grab their feet,” says Sims, who was able to look out toward the entire crowd of 25,000 screaming fans. “It was difficult to hear, but we saw this whole piece of history.”

The entourage flew back from San Francisco to Los Angeles, and the band disembarked “never to return,” as Sims says.

Sims happens to be the same age as McCartney, 77. She and her husband have lived in Las Vegas since 1997. Duke Sims is well-known as a major leaguer from 1964-74, playing for the Cleveland Indians, Dodgers, Detroit Tigers, New York Yankees and Texas Rangers.

Sonnie’s 1966 flights would not be the final time she encountered McCartney. In the late-1970s, she was leading a crew flying to New York’s JFK Airport from Jamaica. McCartney had booked the entire first-class cabin for his wife, Linda, and their family.

“I talked to Paul about the Candlestick Park concert, telling him I was the stewardess, and he smiled and said, ‘Oh, yeah.’ Linda told me that she had wanted to be a stewardess at one time and was interested in seeing the galley and the rest of the cabin,” Sims says. “Paul was a very interactive father with his children and gave them piggyback rides up and down the aisle. They were such a delightful family.”

Sims keeps a framed, black-and-white photo of the Beatles’ walk off their flight in San Francisco. She’s shown just behind the band, with McCartney leading the way, camera at the ready.

“They were such down-to-earth guys,” she says. “They were just enjoying the ride.”