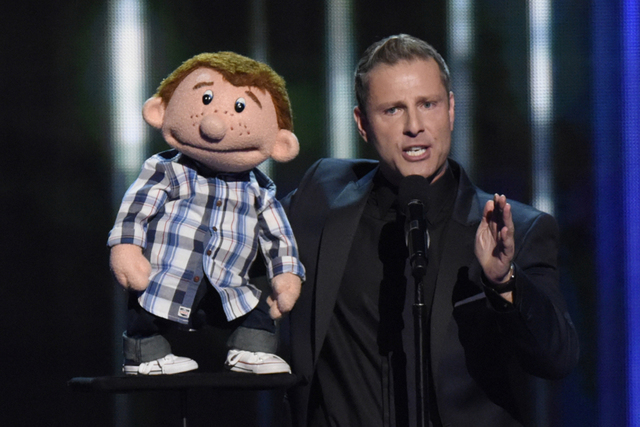 The question has been asked by performers and those connected to the Las Vegas entertainment industry: How many puppet shows do we need on the Strip?

We’re starting to get the answer.

Ventriloquist Paul Zerdin’s “Mouthing Off” show at Planet Hollywood Showroom is closing effective Sept 4, the show’s crew has been informed. The show’s premiere was May 14.

Word of the show’s swift demise came down this afternoon when its crew was informed, though no formal announcement has yet been issued. The show is the second production by Base Entertainment in that venue to open and close this year. Frankie Moreno’s “Under the Influence” was shut down July 2 after a five-week run, leaving Zerdin and his collection of puppets to hold the room himself.

But the show was reportedly not selling well in the 760-seat theater, where the capacity had been cut back from the room’s original 1,400 seats. Zerdin entered with high expectations, given his championship run on the 10th season of “America’s Got Talent,” when he reached millions of TV viewers on NBC.

Zerdin’s act was smart and edgy, using the puppet named “Baby” and the old man Albert to fire adult-themed zingers from the stage. Zerdin’s capacity to throw his voice without puppets, too, was effective. The show featured Zerdin’s girlfriend, the dancer and actress Robyn Mellor, as his assistant and was crisply paced by Zerdin and director Jim Millan (“Kids in the Hall”).

But Zerdin could not take hold in the same manner as another “AGT” champion ventriloquist, Terry Fator, who continues to chug along at a theater named for him across the Strip at the Mirage. Another show featuring puppets, “Puppet Up! Uncensored” is also in production at Sands Showroom at the Venetian.

In April, just before his premiere, Zerdin expressed confidence in his capacity to survive in Vegas: “I absolutely feel there is room for everyone.” But the closing of “Mouthing Off” reminds of the video clip that has opened Zerdin’s show at Planet Hollywood: The Strip headliner was left stranded in the desert and had to take an Uber ride of several hours to Vegas. He was left to lug his own trunks into the Planet Hollywood theater, barely making the show’s start time.

Those trunks were placed onstage behind Zerdin, who barely had time to unpack them all.