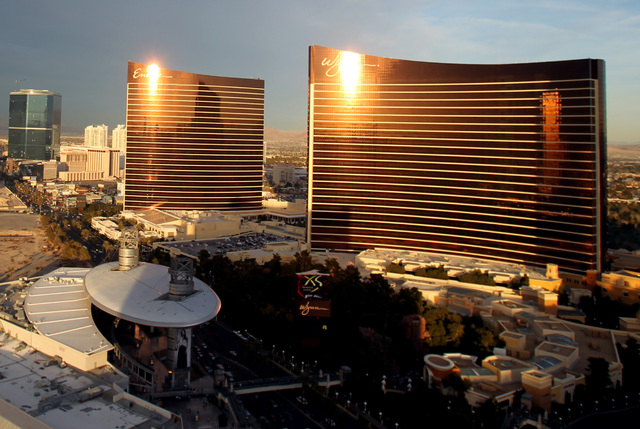 Most of us never thought we’d see gasoline down to two bucks a gallon again. And Frank Leone never thought he’d have two 30-piece orchestras on the Strip again.

Leone is the 14-year president of the Musicians Union of Las Vegas, Local 369. He’s seen membership dwindle from about 2,000 to about 600 in the years since a crippling standoff by the casinos to end “house orchestras” in 1989.

But now his members are clocking in to play “ShowStoppers” at Wynn Las Vegas and Bob Anderson’s new Sinatra tribute “Frank — The Man. The Music” at the Palazzo.

“The business is curious as we know,” Leone says with some understatement. “However, one of my mantras is that live music validates a performer, and a large amount of it validates one even more,” he adds with a chuckle.

If Celine Dion wasn’t sitting out the year, there would be another 70-plus nights with another full orchestra. In all three shows, the orchestra is displayed prominently onstage. It is, in fact, a major selling point of all three.

“The public knows they’re getting the biggest bang for their buck possible,” Leone says. “No one should complain about the price of the ticket when they know they’re getting 30 people.”

It wasn’t necessarily true back in 1989, when some house bands were relegated to a “pit.” Even as the union took to the picket lines, some players could not deny two realities.

First, Las Vegas headliners were changing. The Sinatra era was giving way to self-contained bands such as Chicago and The Moody Blues, or stars (including Dion back in the early days) who preferred the continuity of their touring sidemen.

Leone doesn’t deny the orchestras that give the new shows bragging rights also weigh them with huge overheads. He says Steve Wynn called personally to negotiate a contract for “ShowStoppers.”

For both new shows, Local 369’s board agreed to “tier concessions.” Players drop down one pay scale level “with the quid pro quo of using large forces.” Another way of looking at it: They’re getting the 12-piece string section (plus harp in “Frank”) for the price of a no-strings big band, Leone explains.

The union also has 11 players in “Jersey Boys.” Other shows with the band as a major feature — “Pin Up” and Terry Fator among them — are nonunion. “We’re not an aggressive union” in recruiting, Leone says. But younger players are signing up, lured partly by health benefits through the Culinary union.

Who knows if this little boom can last? But “after so many years of barrenness,” says Leone, it sure sounds good for now.