‘I, Nomi’ to open at Majestic Repertory

April Kidwell’s musical comedy “I, Nomi” opens Thursday at the Majestic Repertory Theatre. The one-woman show gets up close and personal with the heroine of the campy Vegas-based classic film “Showgirls,” Nomi Malone. The production runs through July 14, with tickets priced at $30. 1217 S. Main St., majesticrepertory.com

The Mob Museum, in partnership with The Center, will celebrate the 50th anniversary of New York’s Stonewall uprising at 7 p.m. Thursday, with the discussion “Stonewall and the Mob: The 50th Anniversary of the Gay Rights Movement.” Protests by gay patrons of the Stonewall Inn in Greenwich Village in June 1969 are considered the unofficial start of the fight for U.S. gay rights. Historian Alex Hortis will address the mob’s role in controlling New York gay clubs. The program is included in the price of museum admission. 300 Stewart Ave., themobmuseum.org

Graffiti Bao’s Marc Marrone and pastry chef Michael Gillet of MG Patisserie will join Dan Krohmer at his Japanese spot Hatsumi in Fergusons Downtown on Thursday to create a collaborative dinner called Bao Down. Marrone, who operates a pair of stands in T-Mobile Arena as he prepares his post-Tao Group brick-and-mortar operations, says the meal will give guests the chance to “interact with us while we cook and serve at the counter.” The $75 price tag includes two drinks and three to four dishes from each chef. Seatings begin at 7 p.m. 1028 Fremont St., contact.hatsumi@gmail.com

Bring the kids for Spider-Man movie

Spider-Man will become the latest superhero to join Downtown Container Park’s Sunset Cinema series. “Spider-Man: Into the Spider-Verse” will be featured Thursday night at the park. The showing is free, and kids are welcome from 8-10 p.m. The show usually starts shortly after sundown, which is set for 8:02 p.m. 707 Fremont St., downtowncontainerpark.com

Three chefs to join for chat with Norm

Chefs Rick Moonen, Julian Serrano and Gustav Mauler will be Norm Clarke’s guests on Sunday for his quarterly Conversations with Norm interview series. The discussion gets underway at 2 p.m. at Myron’s Cabaret Jazz at The Smith Center. Tickets are $25. 361 W. Symphony Park Ave., thesmithcenter.com 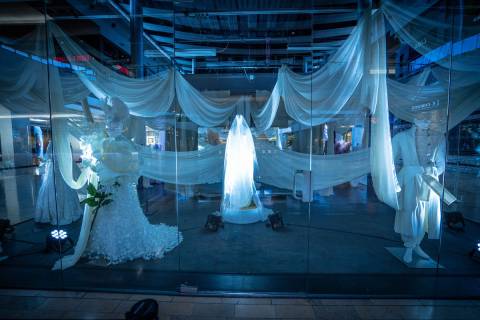 14 spooky, scary, silly things to do for Halloween in Las Vegas
By Janna Karel / RJ

Kids of all ages can celebrate the holiday, masks and social distancing required, with scares, skeletons, candy and costumes. 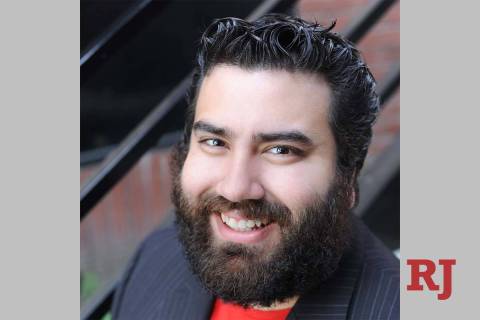 The Completionist has long, complicated history with YouTube
By Lukas Eggen / RJ

With more than 1.3 million subscribers, Jirard Khalil, better known online as The Completionist, has been a fixture on YouTube since he began his channel in 2011.

Turning this page is bittersweet for longtime owner Myrna Donato, who has co-owned the Las Vegas used bookshop for 39 years.