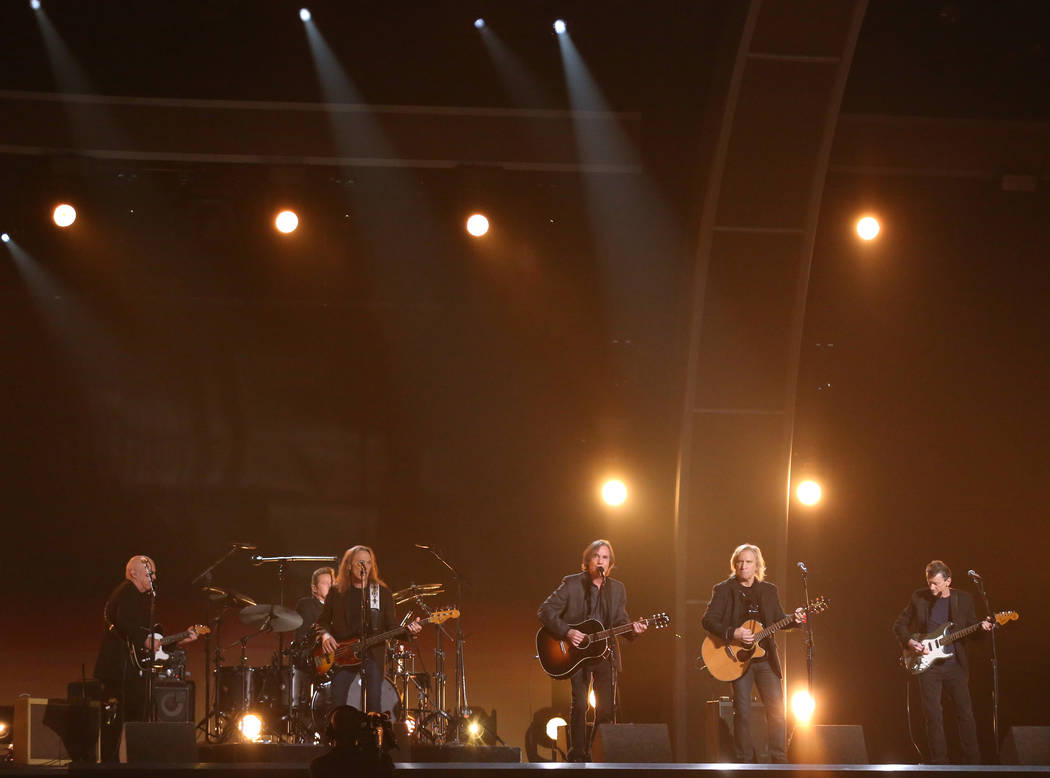 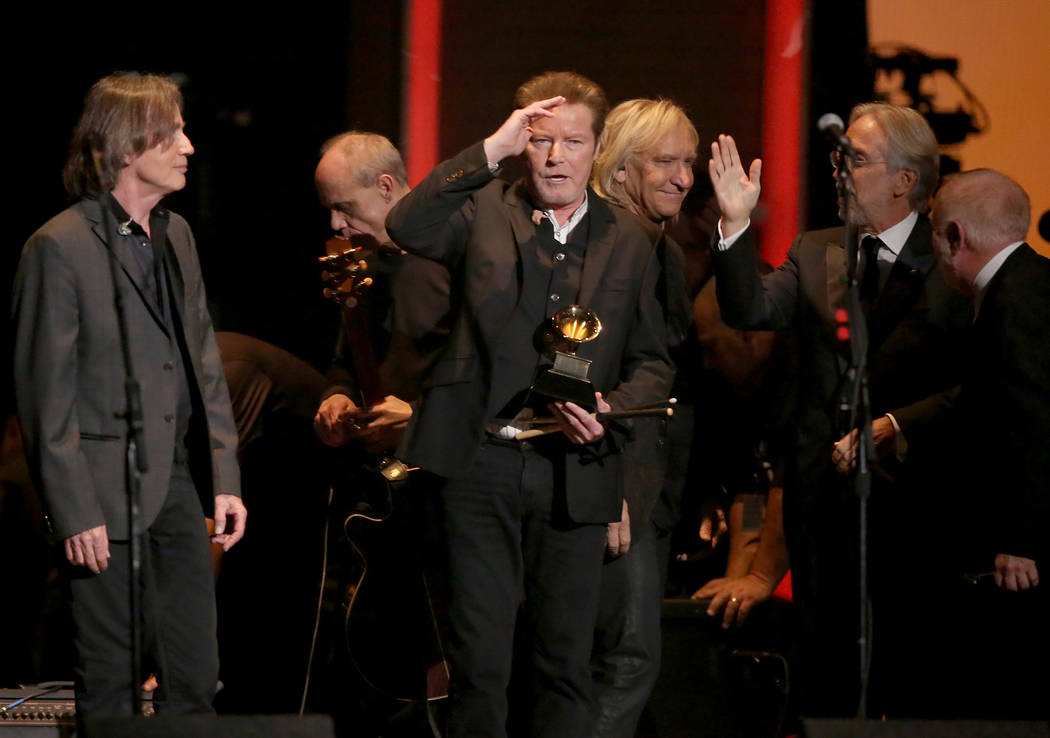 Don Henley, center, holds The Eagles' 1978 Grammy award for record of the year for “Hotel California” at the 58th annual Grammy Awards on Monday, Feb. 15, 2016, in Los Angeles. (Photo by Matt Sayles/Invision/AP) 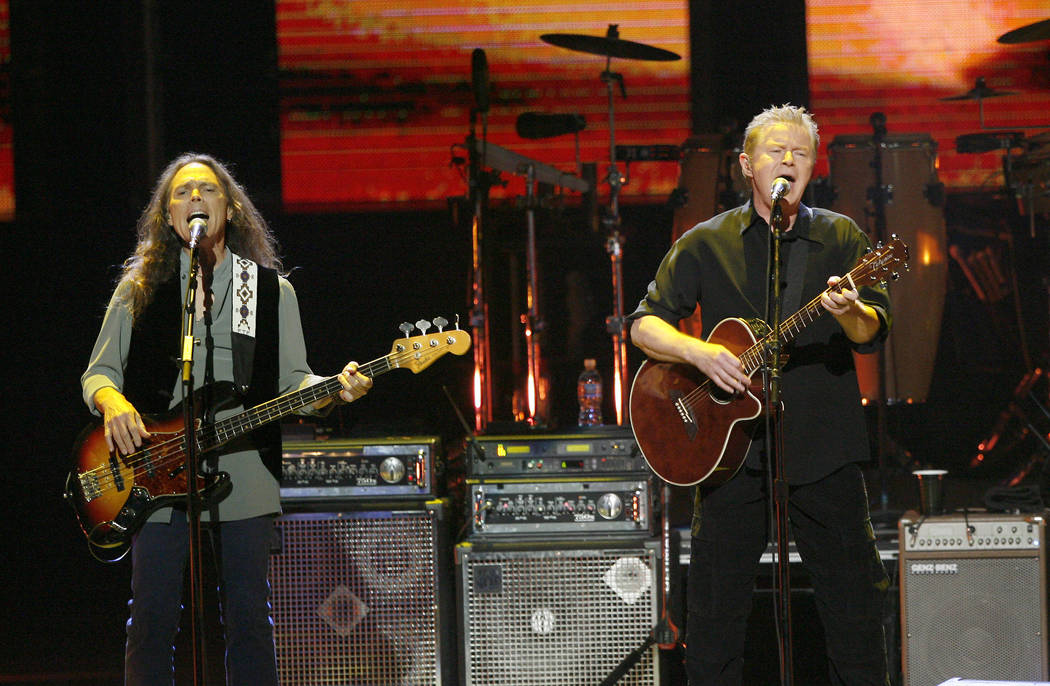 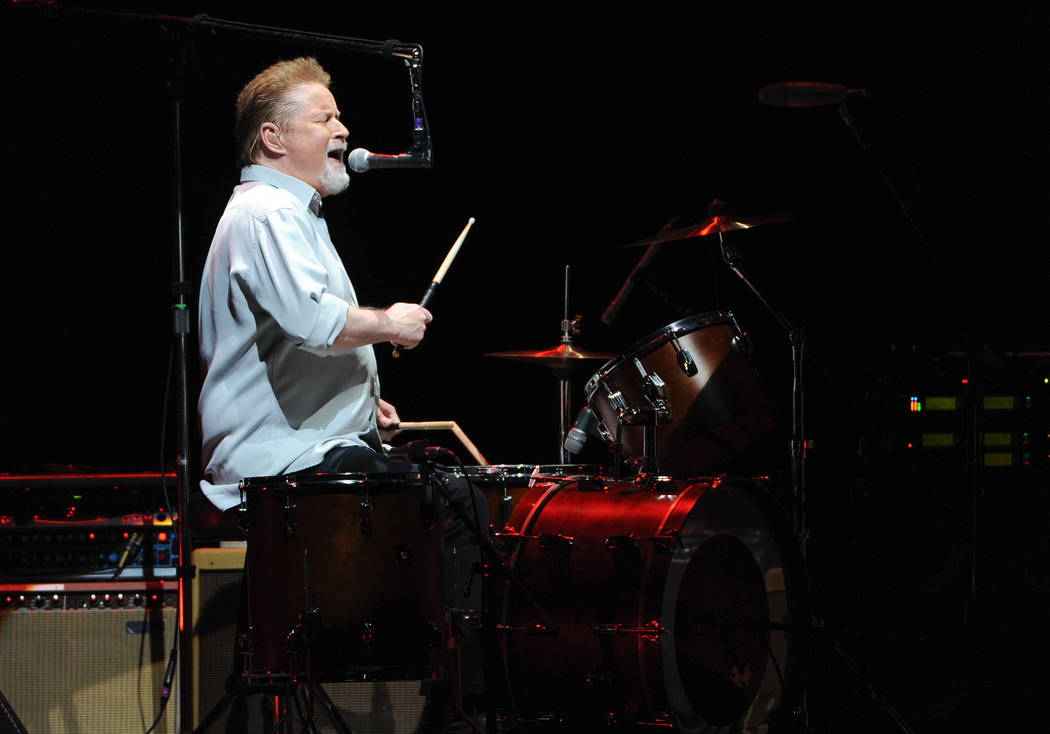 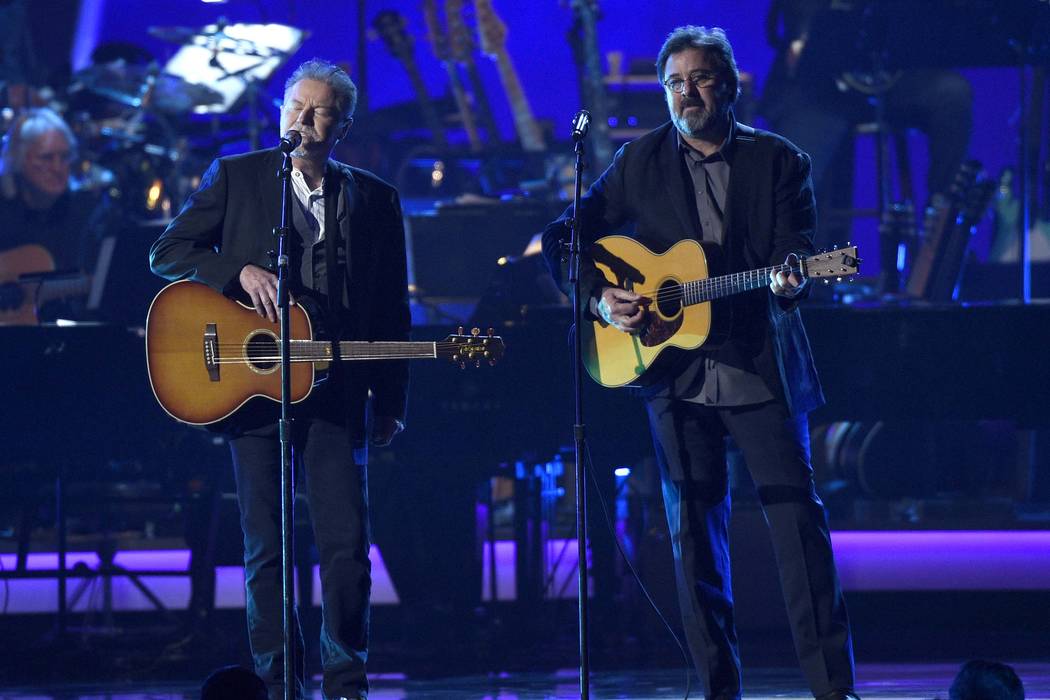 Don Henley, left, and Vince Gill perform "Eagle When She Flies" at MusiCares Person of the Year honoring Dolly Parton on Friday, Feb. 8, 2019, at the Los Angeles Convention Center. (Photo by Chris Pizzello/Invision/AP)

One of cinema’s greatest slackers aside, everybody loves the Eagles, right?

Well, album sales suggest they do, at least.

The Eagles’ “Their Greatest Hits” album ranks as the all-time top seller, having reclaimed the throne from Michael Jackson’s “Thriller” last year, with sales of 38 million. The band also has the third-biggest album with 1976’s “Hotel California,” which has moved 26 million copies.

Now, for the first time, the Eagles will celebrate the latter by playing the album live in its entirety.

Sadly, the band will be doing so without singer-guitarist Glenn Frey, who passed away in 2016.

In his place, son Deacon Frey and country standout Vince Gill now tour with the band.

Together, they’ll deliver rare airings of album cuts such as “Try and Love,” which the group hasn’t performed in 40 years, according to concert archive website Setlist.fm.

With the band revisiting the iconic album this weekend and next at the MGM Grand Garden, it all begs the question, just what makes the Eagles and “Hotel California” so special to so many?

Considering the album’s broad influence, we reached out to an equally wide range of Las Vegas musicians to get their answers.

“I listened to the Eagles a lot when I first started playing bass at age 13. I liked that I could figure out songs like ‘Peaceful Easy Feeling’ or ‘Take It Easy,’ as they had simple, traditional chord patterns.

“But even then I knew their harmonies were something out of this world that would require a whole different set of skills if I ever wanted to dissect them. To this day, I still put them up there with the Beach Boys, Beatles and Crosby, Stills & Nash for their harmonies alone and the kind of magic they were able to weave with their voices.” — Luke Metz, bassist for Shanda & The Howlers

“I’m a huge Jackson Browne fan so, much to the Dude’s disdain, I like the Eagles due to their similar Southwestern sound. Their harmonies are beyond outstanding and add so much to already well-crafted tunes.

“ ‘Hotel California’ is an amazing album start to finish with the broad range of songs that, while differing in tonality, take you on a journey from the eponymous track to “The Last Resort.” Given the thematic run of the songs, it’s almost a concept album.” — Ken Osborne, mandolin and banjo player/singer for The All-Togethers

“To me, the Eagles are the first ‘Americana’ band. They blend rock and country and musicianship and vocals — the total package. They’re a huge influence, not only on myself, but to countless others, whether they know it or not.

“I remember early on hearing ‘Life in the Fast Lane’ and ‘Hotel California’ and literally visualized being in the song. The lyrics and descriptions paint a visual that totally makes you feel like a part of the ‘movie’ the songs portray.

“I’m excited to see this upcoming tour, and with Vince Gill on guitar, this is better than the ‘Hell Freezes Over’ reunion tour.” — Eugene Altobella, drummer in Thrillbilly Deluxe

“That album, looking back on it, was just really one of those albums where all four generations of me, my mom, grandma and great grandma all kinda knew the words to. It was always on holiday rotations with artists like (Michael Jackson), Sinatra. To me, they are defined by essentially that one album, but if you heard another track by them, you would know it.” — Cash Colligan, solo artist

“I remember the first time I heard ‘Life in the Fast Lane’ and that dirty, classic guitar riff. I thought to myself, ‘Who’s this awesome band playing this song?’ The classic guitar riff, vocal harmonies and that high-pitched lead vocal just drew me in.

“The thing that sticks out to me about this album, like most iconic bands, is the careful attention to songwriting and storytelling within those songs. It’s also one of the only bands I remember thinking the acoustic guitar worked brilliantly with the record but never sounded like an acoustic approach. This record is a soundtrack you could enjoy life to, and that’s why it’s one of the best ever.

“All bands have to remember the lesson of the Eagles, which is, ‘It’s all about songwriting.’ ” — Dave Tatlock, lead singer of The Soul Juice Band