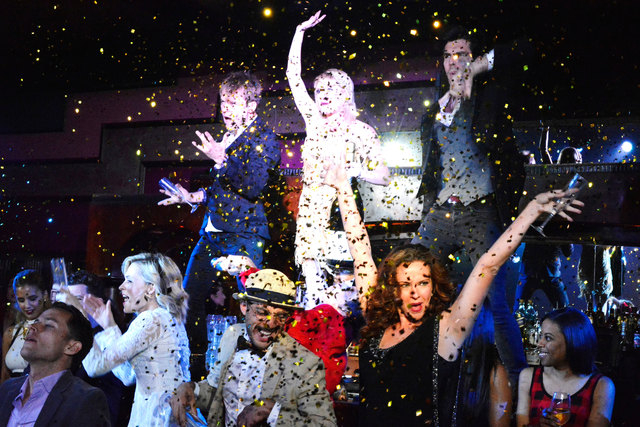 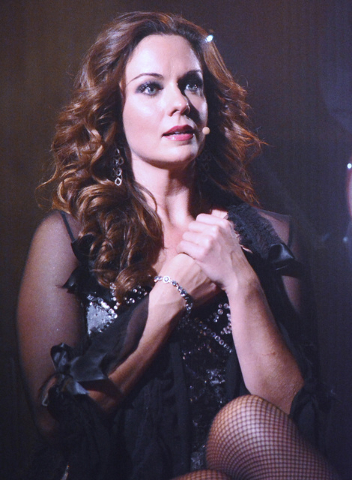 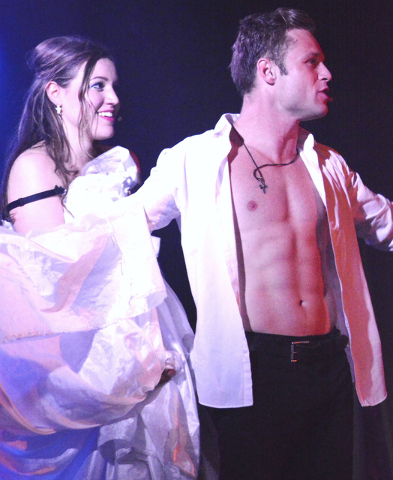 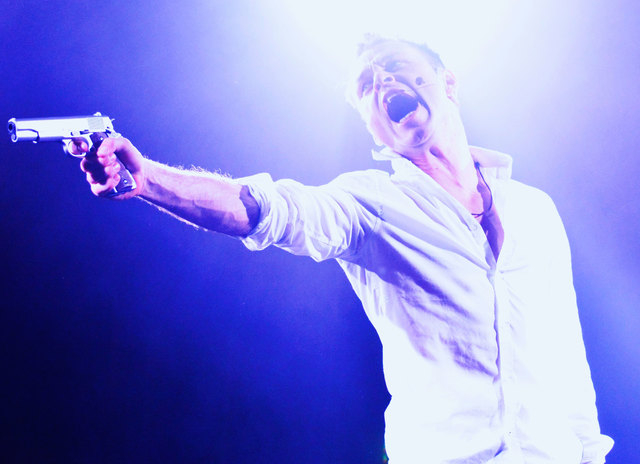 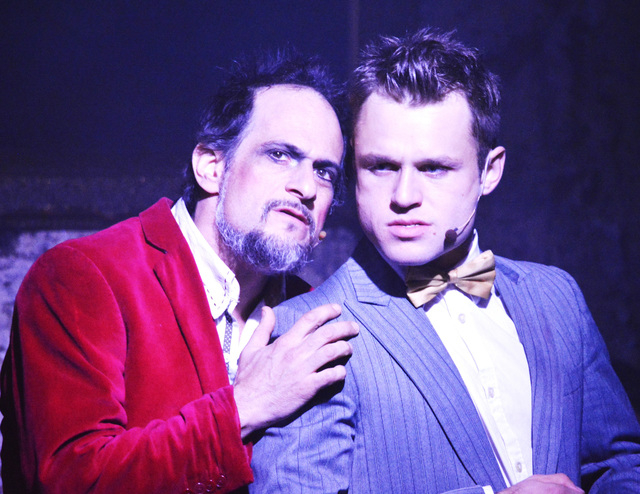 Jason Paige as Harold Zidler and James Byous as the Duke from "Moulin Rouge." (Courtesy) 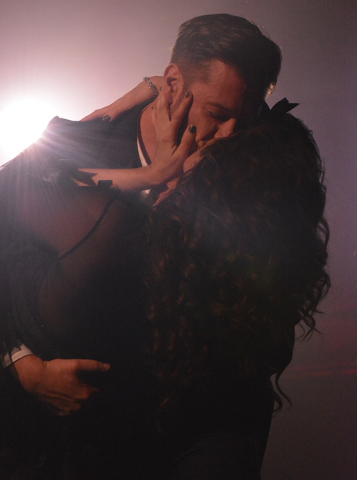 Ginifer King and Constantine Rousouli as Satine and Christian from "Moulin Rouge." (Courtesy)

“For the Record: Baz,” a tribute to stylish film director Baz Luhrmann, will be staged as immersive theater inside the Light nightclub at Mandalay Bay next month.

Light is affiliated with Cirque du Soleil, and “Baz” will be the first venture Las Vegas will see of the theatrical division Cirque created early last year.

However, the “For the Record” part of the title comes from the L.A.-based presenter headed by Shane Scheel. For The Record productions are staged in various supper clubs, restaurants and club venues, mining movie culture to create cabaret-theater salutes to the likes of John Hughes, Quentin Tarantino and the Coen brothers.

“Baz” show debuted in 2013 and stuck with For the Record’s use of rotating guest celebrities, such as Rumer Willis. The Las Vegas edition will feature a six-piece band and a nine-piece ensemble cast mashing up — in Luhrmann style — scenes and anachronistic songs from his films “Strictly Ballroom,” “Romeo + Juliet,” “Moulin Rouge” and “The Great Gatsby.”

The show debuts June 19, with an official opening night on June 26, in an 8 p.m. time slot. Tickets start at $55. On Wednesdays, Fridays and Saturdays, audiences will be invited to linger as Light transitions into a nightclub.

Immersive theater, or “a show breaking out in a bar,” is a concept several casinos have explored as a logical means of reuniting traditional, ticketed shows with the nightclub explosion that has drained their younger audiences. Recent attempts have ranged from the big-budget, short-lived “Vegas Nocturne” to the homegrown “Alice” staged in the Vinyl club at the Hard Rock Hotel.

“The production is exhilarating, it’s intimate, it’s just a little bit gritty and it’s unlike anything The Strip has seen before,” Leu Strope, the club’s managing director, promises in a statement.