As Season 5 of “Walking Dead” spinoff begins, Morgan (Lennie James) and Alicia (Alycia Debnam-Carey) lead the group through uncharted territory in search of survivors to help. But everything is not as it seems in this foreboding new land.

Based on a 2013 horror novel by Joe Hill (son of Stephen King), this 10-part thriller introduces Vic McQueen (Ashleigh Cummings), a gifted young woman who discovers she has a supernatural ability to find lost things. This ability puts her on a collision course with the evil and immortal Charlie Manx (Zachary Quinto), who feeds off the souls of children bound for Christmasland — a twisted place of Manx’s imagination where every day is Christmas Day and unhappiness is against the law. Can Vic defeat Manx and rescue his victims? Or will she lose her mind and become one of them?

Each half-hour episode features one of The New York Times’ cadre of more than 1,550 journalists presenting an investigation into one of the most pressing issues of the day. “The mission of The Weekly is to find big, signature, enterprise stories that we’re going to put on the map,” says assistant managing editor Sam Dolnick, who also serves as an executive producer of the new series. “The show is about the big stories of the day, and we’re going to tell them in visceral, cinematic, on-the-ground ways on TV.”

“So You Think You Can Dance”

Season 2 investigates more of the twisted world of cults and how destructive and dangerous they can be to members and their families. The six episodes will include looks at the “Children of God,” the Manson family and other cults.

As the Jonas Brothers — Nick, Joe and Kevin — prepare for the release of their new album “Happiness Begins,” the pop trio presents an intimate look at the brothers’ musical journeys from their New Jersey childhoods until now.

“Dance Moms: The Return of Abby”

Immediately preceding the Season 8 premiere of Dance Moms, this one-hour special follows dance instructor and choreographer Abby Lee Miller as she rebuilds her life and her dance company after a stint in prison, emergency spinal surgery and a diagnosis of Burkitt lymphoma, a rare, aggressive type of cancer. Abby returns to Pittsburgh’s Abby Lee Dance Company to train a new crop of talented young dancers and turn them into stars.

”Celebrating the Counterculture: The Films of 1969”

The first three Tuesdays of this month will feature Turner Classic Movies’ tribute to the 50th anniversary of a number of revolutionary films from the late ’60s and early ’70s. Things begin with the director’s cut of the Oscar-winning documentary “Woodstock” (1970), followed by the biker classic “Easy Rider” (1969) and more.

In Season 3 of Hulu’s award-winning smash-hit drama based on Margaret Atwood’s novel, June (Elisabeth Moss) intensifies her struggle against the totalitarian rule of Gilead. Joseph Fiennes, Yvonne Strahovski, Alexis Bledel and Ann Dowd also return in their starring roles, and Bradley Whitford is promoted to series regular this season. The first three episodes are available Wednesday.

The acclaimed “techno-paranoia” anthology series that taps into people’s unease with the modern world is back for Season 5. There are only three episodes in the new season, with little plot details made available. But the cast will include the likes of Anthony Mackie, Miley Cyrus, Topher Grace, Andrew Scott, Pom Klementieff and more.

HBO presents this gripping documentary from director Erik Nelson that takes an inside look at the World War II pilots and crew of the Eighth Air Force. The film uses newly restored 4K footage and outtakes shot by director William Wyler for his 1944 documentary “The Memphis Belle: A Story of a Flying Fortress,” which were found in the vaults of the National Archives.

This new series follows the daily work at Prison Break Tattoos, a shop in Houston that specializes in creating meaningful tattoos for first responders. Bringing together artists who have a connection to the world of first responders and understand their sense of duty, Prison Break Tattoos is a haven for clients to share their stories and pay tribute to the moments on the job that have had a profound impact on their lives.

Season 6 of the survival competition introduces a new set of men and women to face brutally freezing conditions as they try to last as long as possible deep in the Canadian Arctic for a chance to win $500,000. One competitor comes face-to-face with a local predator, another takes a false step that could result in a game-changing injury, and all are caught unprepared when the Arctic winter swoops in with a speed no one expected.

“Armistead Maupin’s Tales of the City”

Return to 28 Barbary Lane in this follow-up to the 1990s PBS drama based on Armistead Maupin’s books. That series was set in the 1970s; this one takes place today, with Laura Linney and Olympia Dukakis reprising their respective roles of Mary Ann Singleton and Anna Madrigal, and new cast members including Ellen Page as Mary Ann’s daughter Shawna.

This new series, hosted by Elizabeth Stanton and James Maslow, is the ultimate noncompetitive platform for talented acts from around the world to display their mastery of performance. The show features disciplines ranging from singing and stand-up routines to impressive acrobatics and aerial dance, along with everything in between.

This new documentary tells the historic story of whistleblower Chelsea Manning, a trans woman soldier who was sentenced to prison for 35 years after leaking information about the United States’ involvement in wars in Iraq and Afghanistan.

Park Theater headliner Lady Gaga stars alongside Bradley Cooper, who makes his directorial debut, in this new take on the iconic love story portrayed in three previous films of the same name. The drama, which was nominated for eight Oscars and won for best original song, tells the story of famous musician Jack (Cooper) and struggling artist Ally (Lady Gaga), who come together onstage and in life.

“My Boyfriend’s Back: Wedding March 5”

Wedding planner Annalise (Cindy Busby) is busy planning a wedding at Mick and Olivia’s (Jack Wagner, Josie Bissett) inn when she finds out the best man is her ex-boyfriend Brad (Tyler Hynes). Luckily, she and Brad work through their awkwardness, and he helps save the day when an investor makes a surprise visit to the inn. And with love in the air, Mick and Olivia celebrate the 25th anniversary of their first date.

Howie Mandel teams up with the popular and entertaining Instagram account @AnimalsDoingThings for a second season of bringing the internet’s funniest animal videos to TV. Mandel narrates each episode of the series to bring his signature sense of humor to never-before-seen videos of animals doing amazing, adorable and hilarious things. 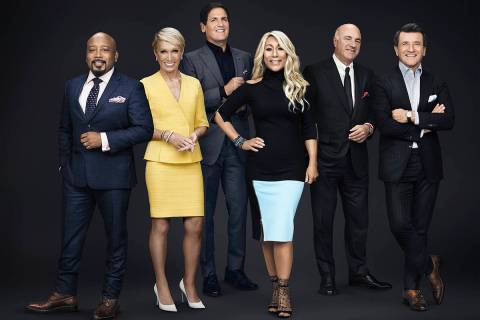