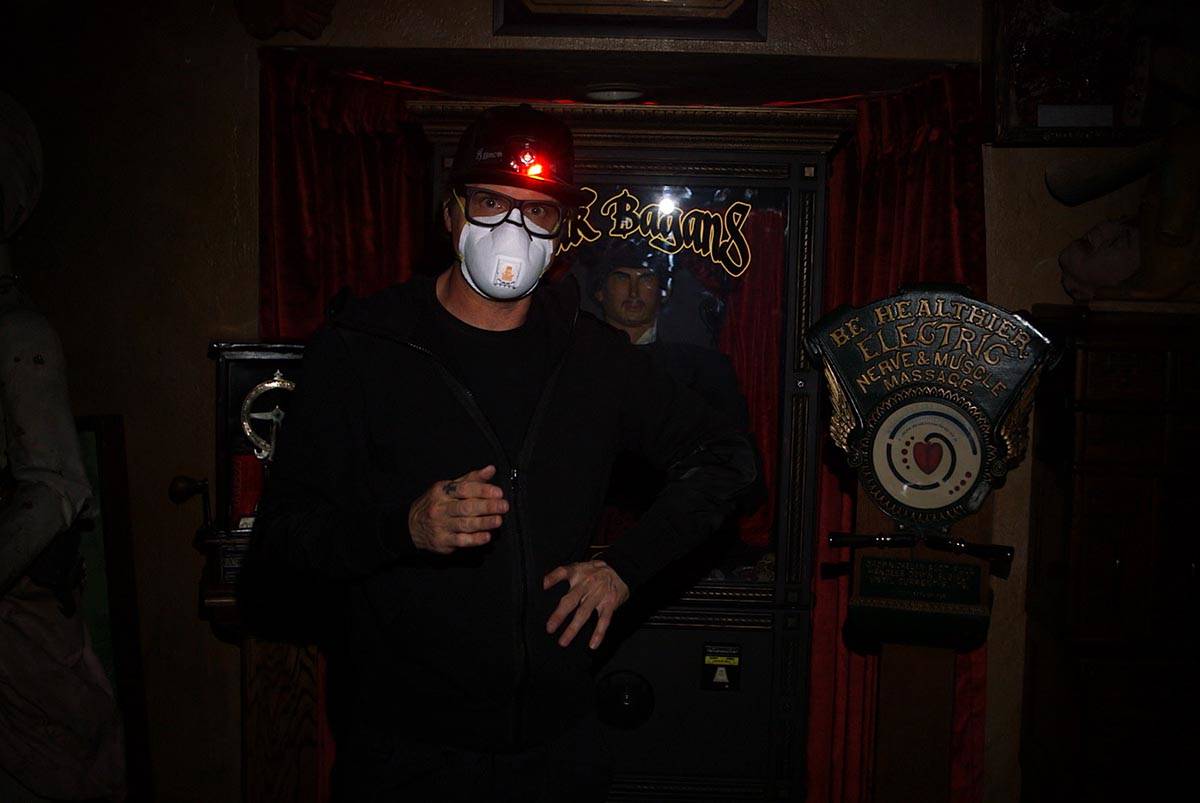 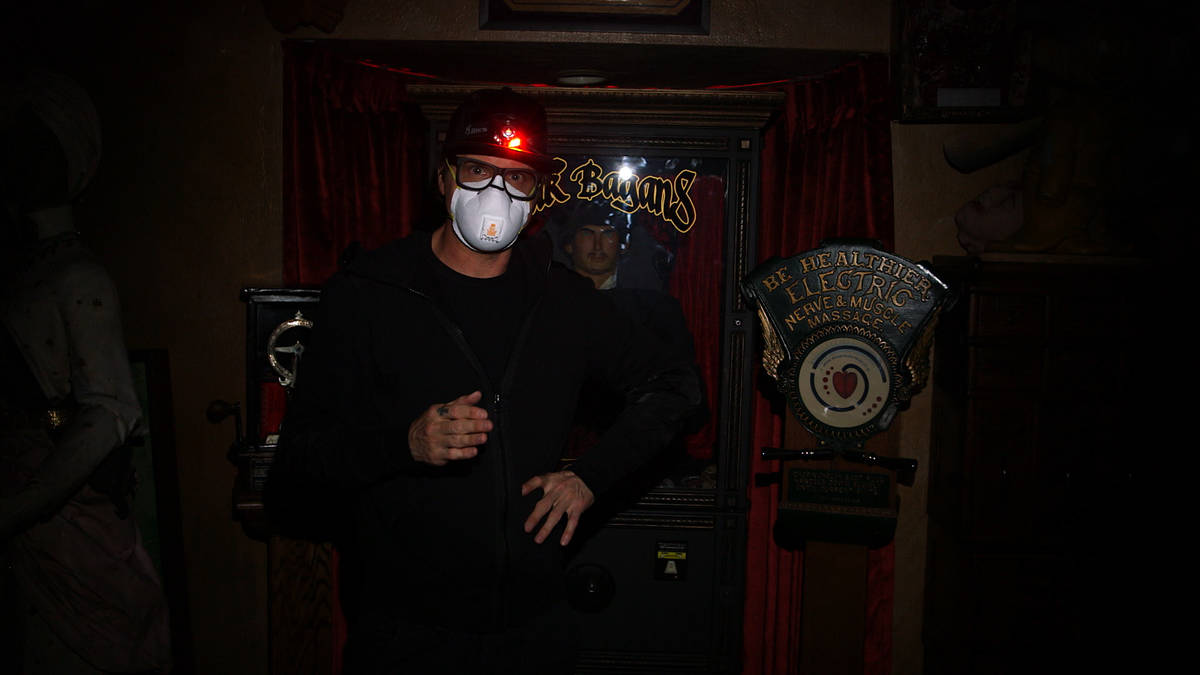 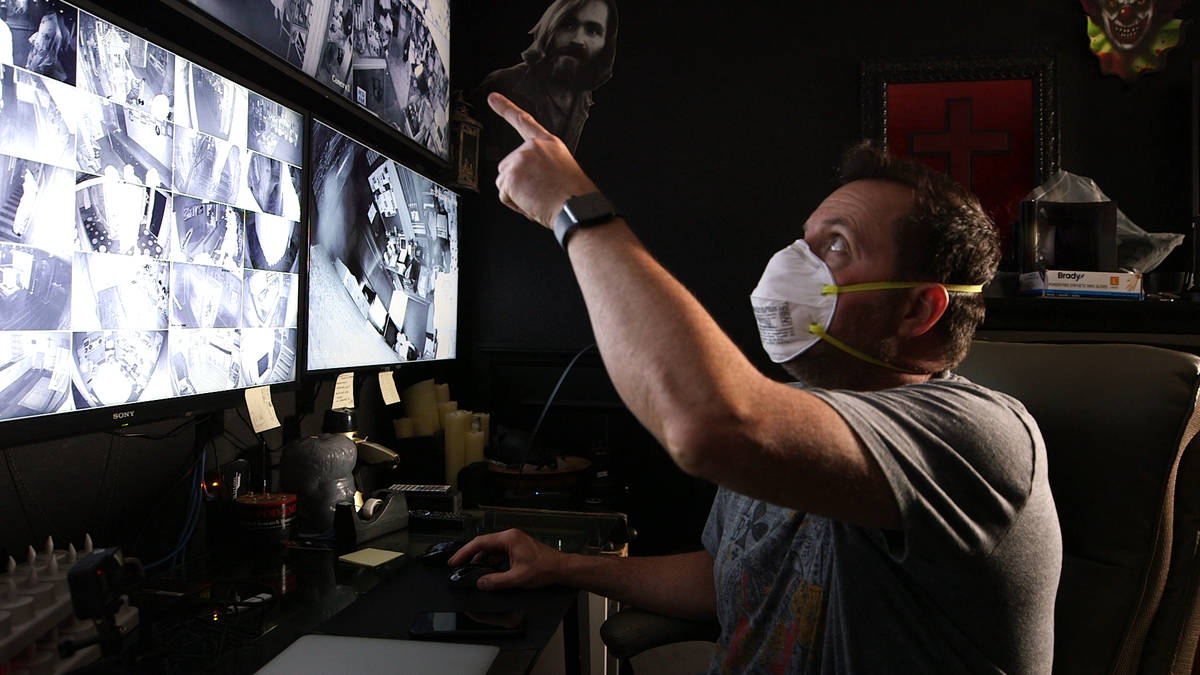 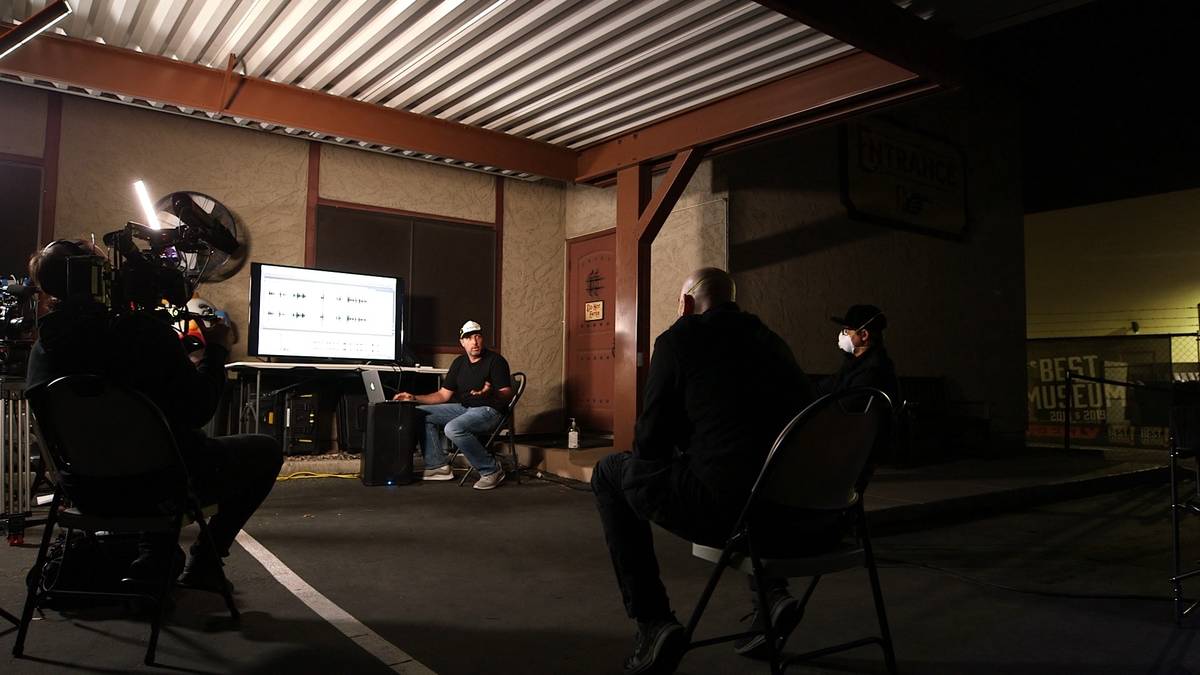 Billy Tolley displays evidence for the rest of the team during the production of "Ghost Adventures: Quarantine." (Travel Channel)

When Gov. Steve Sisolak asked residents to stay home for Nevada, he never specified which home.

So on March 30, Zak Bagans quarantined himself in one of his houses, the former Cyril S. Wengert mansion, better known these days as his Haunted Museum.

“We literally did this all by ourselves. The entire production,” Bagans says. “It is probably the most raw investigation that we’ve ever done since we did our ‘Ghost Adventures’ documentary” — the one from 2004 that launched the franchise — “and I loved it for that fact.”

As a nonessential business, the museum shut down March 16. The two weeks it sat empty was the longest stretch without a steady flow of visitors since construction began for its 2017 opening.

“Just walking back into there, the spirits were hungry,” Bagans says. “They were used to being kind of fed this energy of people.”

Those energies started changing, he says, as COVID-19 began sweeping the globe.

“When this first really broke out, the fear across the whole world was just unprecedented, and I felt that. … I wanted to kind of use this moment to see if this global, worldwide fear at this level had any impact on paranormal investigations.”

There’s no way to quantify any effect that general undercurrent of dread may have had. None of the fancy gizmos Bagans and his crew deploy can measure that. But, he says, he could sense things were far from normal.

“There was just something different about these investigations than any of the other ones that we have ever done. It seems like it was just stronger. The energy was stronger.”

Shortly before the museum’s temporary closure — it’s scheduled to reopen June 12 — Bagans says there was plenty of unusual activity centered in the room that re-creates the office of the late Dr. Jack Kevorkian. The June 11 premiere includes security footage showing multiple women fainting, falling and generally feeling unwell, all in roughly the same spot. One of the first places the investigators headed was that room, as well as the adjoining one that contains the van Kevorkian used for physician-assisted suicides.

“We started getting this intelligent communication with what we believe to be a patient that gave us his name,” Bagans says. “And then Jay looked up the name, and it matched to one of the people that died in the van. And it just spiraled into this series of events from visual to scientific documentation to audio.”

Ripples from their 10 days inside the museum — and the four RVs in the parking lot so each of them could sleep and shower while social distancing — were felt as far away as the Philippines. That’s where Dennis Davern, Natalie Wood’s former yacht captain, was when he says his wardrobe flew across the room. “OMG I know Natalie is doing this,” he wrote in an email to Bagans. “I think she is sensing some kind of energy.”

That correspondence, Bagans says, coincided with his making room for their investigation by moving a mannequin into the museum’s yacht room, which holds relics from that boat, The Splendour.

“I hadn’t talked to this guy in years,” he says of Davern, who provided those artifacts. “He had no idea what we were doing.”

A 10-day investigation is a particularly long one. Bagans says he usually needs a day or two to recover after a typical overnight lockdown, but that this one was worth the additional effort.

“Some of the evidence that we ended up capturing was very visual, a lot of different visual manifestations. Different kinds of anomalies. Other just weird, glowing objects. Just things that I’ve never seen before in this kind of caliber, this kind of quantity and quality of evidence. It was really, really cool.

“TV show or not,” he says, “it was something that I’ll remember forever in my paranormal career.”