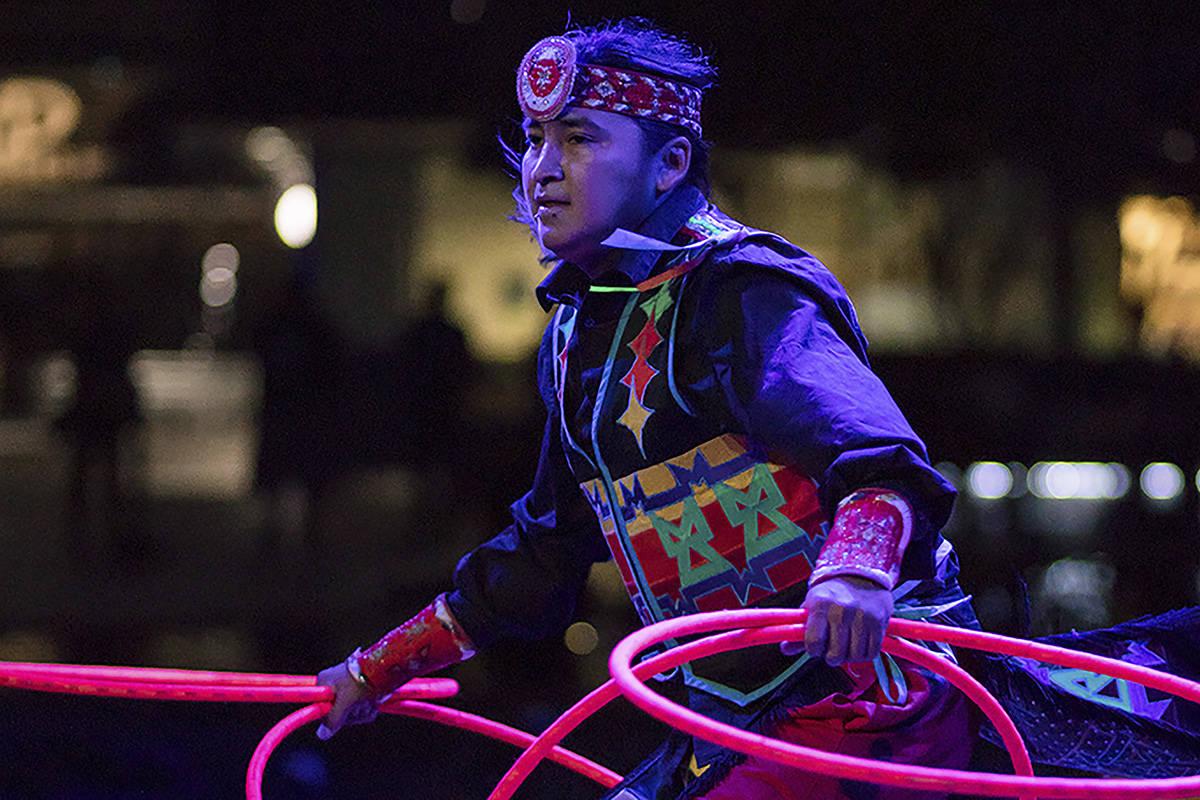 In this Aug. 10, 2018, photo provided by Anderson Gould Jr. shows hoop dancer Nakotah LaRance performs at the "Hip Hop/Electronic: Indigenous Music & Dance of the Grand Performances" in Los Angeles. LaRance, a champion hoop dancer who traveled the world performing with Cirque du Soleil, died Sunday, July 12, 2020, after he fell while climbing on an old bridge in Rio Arriba County in New Mexico. He was 30. (Anderson Gould Jr. via AP) 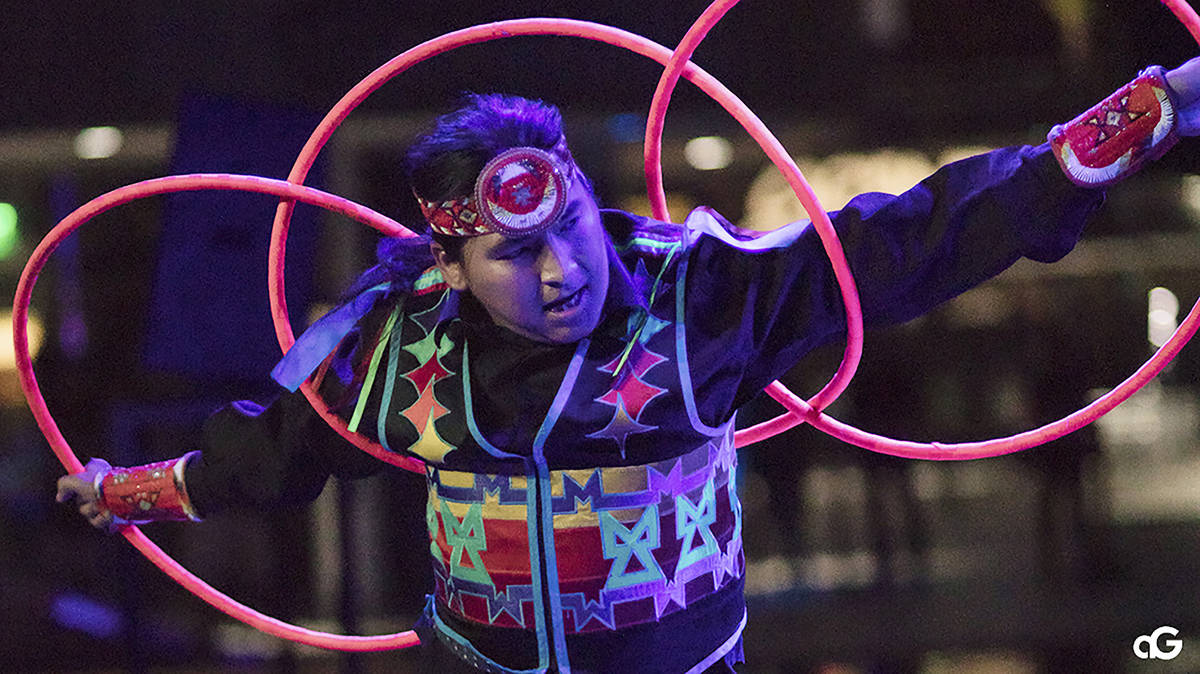 In this Aug. 10, 2018, photo provided by Anderson Gould Jr. hoop dancer Nakotah LaRance performs at the "Hip Hop/Electronic: Indigenous Music & Dance of the Grand Performances" in Los Angeles. LaRance, a champion hoop dancer who traveled the world performing with Cirque du Soleil, died Sunday, July 12, 2020, after he fell while climbing on an old bridge in Rio Arriba County in New Mexico. He was 30. (Anderson Gould Jr. via AP)

LaRance, who was Tewa, Hopi, Navajo and Assiniboine, died Sunday after he accidentally fell from a bridge in New Mexico’s Rio Arriba County, said his father, Steve LaRance.

Nakotah LaRance started dancing when he was 5, Indian Country Today reported. His father took him to a powwow where he met champion hoop dancer Derrick Davis, who made him his first set of hoops and started teaching him how to dance.

Native hoop dancing involves doing intricate footwork while twirling and throwing hoops in the air and manipulating them into shapes such as wings, tails, an open alligator mouth or a sphere.

“The hoop dance is a healing ceremony,” Steve LaRance said. “Just a super energy that comes out of performing gives people a whole other feeling about them, what they saw and even about themselves.”

One of Nakotah LaRance’s moves was to create a sphere with several hoops and toss it into the air, then step into the hoops as they came down and turn them into wings.

“Nakotah was known for delivering fearless and thrilling performances,” said Dan Hagerty, director of strategic development and planning at the Heard Museum in Phoenix. “His risk-taking in the hoop arena resulted in unforgettable performances, and he will forever remain a fan favorite.”

LaRance began competing in the Heard’s annual World Championship Hoop Dance Contest as a youth. He won championship titles in each category, and won the adult division — earning the title of World Champion — three times, in 2015, 2016 and 2018.

LaRance also performed on NBC’s “Tonight Show” with Jay Leno, which led to some acting roles, including a part in Steven Spielberg’s 2005 television series “Into the West.”

In 2009, at the age of 20, Nakotah became a principal dancer with Cirque du Soleil and traveled the world performing in its shows for more than three years.

“He really was a top performer,” said George Rivera, family friend and co-founder of a youth dance group. “Most human beings, even if they’re dancers, would never be able to pull off what he could pull off with his style. And the fact that he was trained to Cirque du Soleil just gave him a whole ’nother dimension of gymnastics and athletic ability as well.”

“He was someone I could talk to who could help me with a lot of stuff,” Vigil said. “He was just an overall, just great guy.”

The family plans to hold a memorial once the pandemic is over. 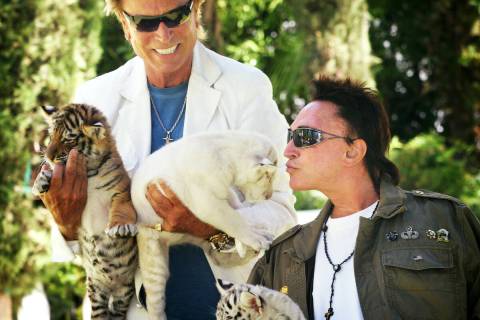 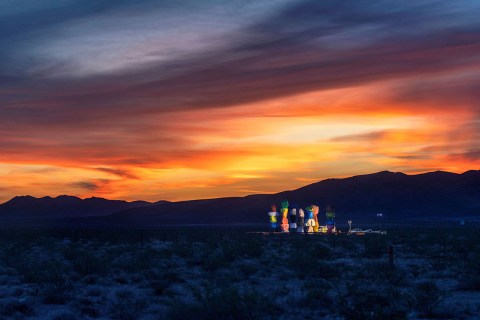