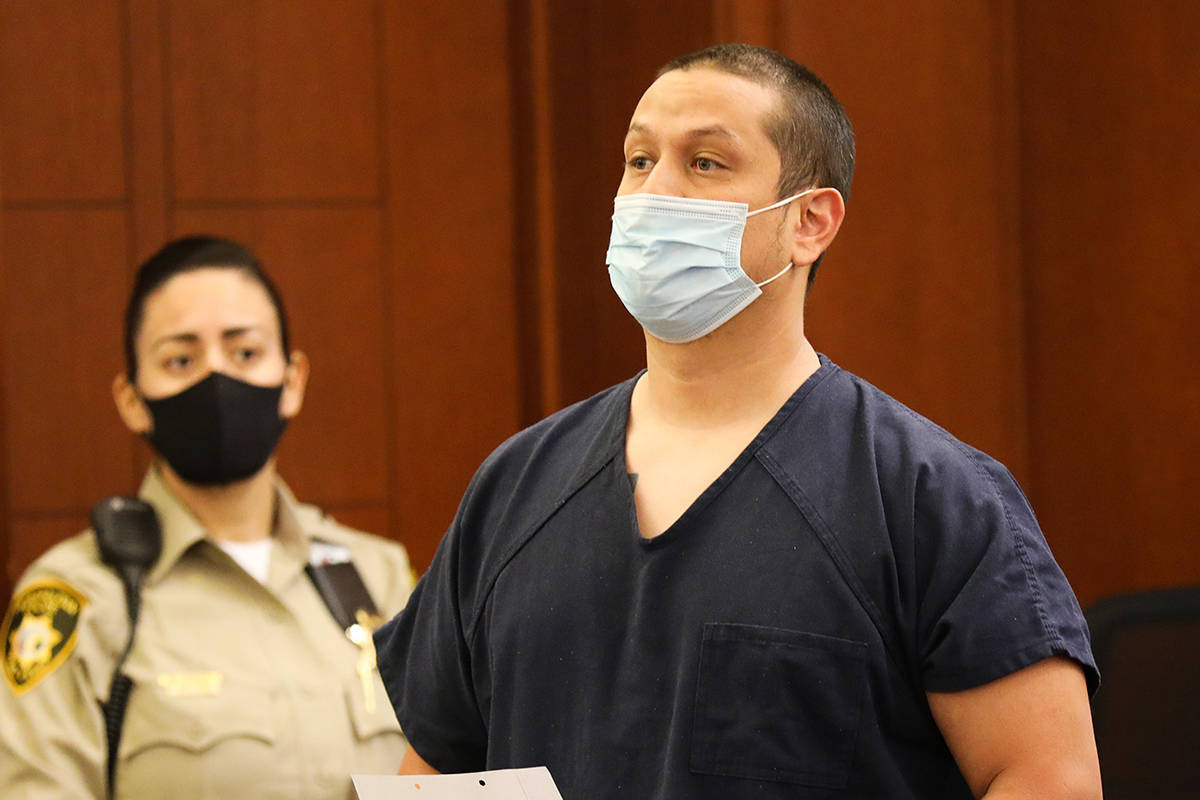 Joshua Martinez, an anti-government activist who allegedly threatened the lives of a police detective and a prosecutor, appears for a brief hearing at the Las Vegas Regional Justice Center, Tuesday, Feb. 23, 2021. (Rachel Aston/Las Vegas Review-Journal) @rookie__rae 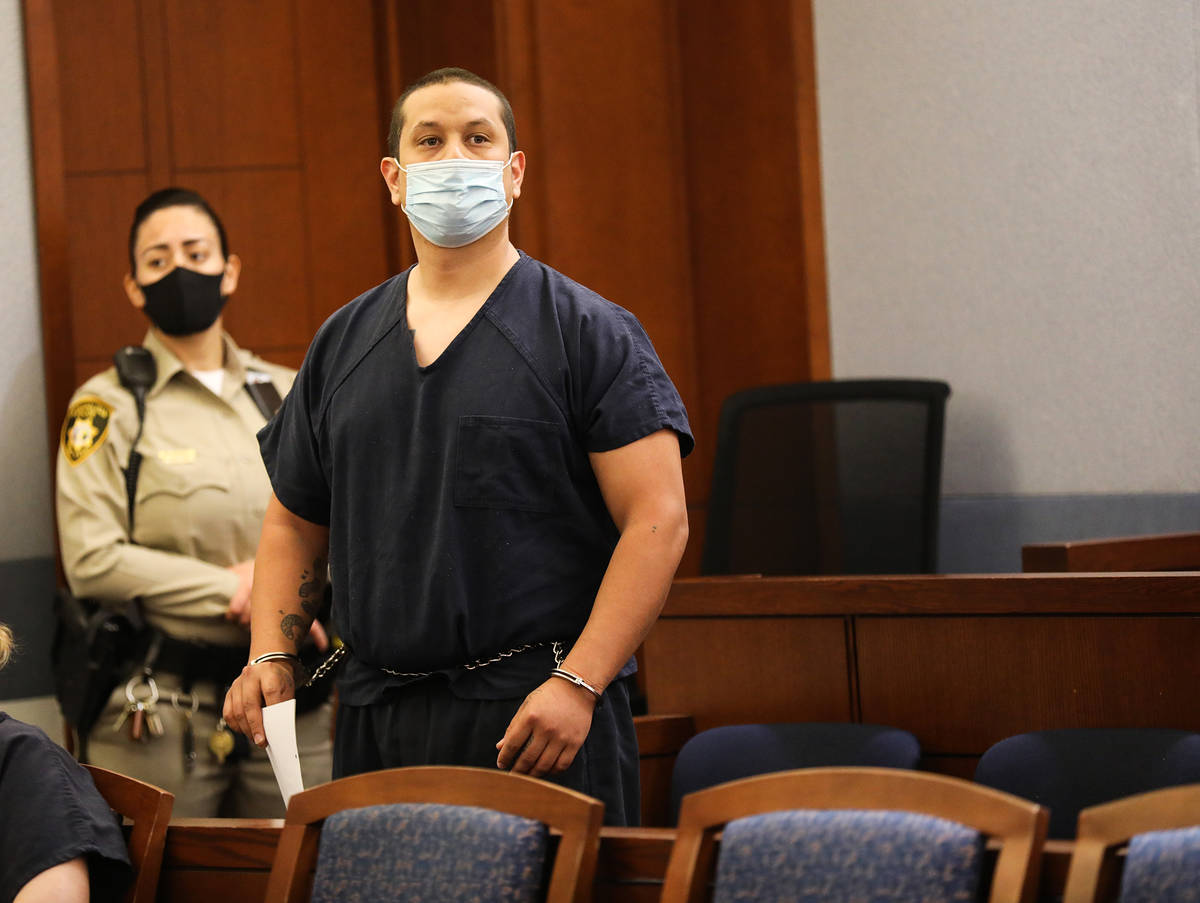 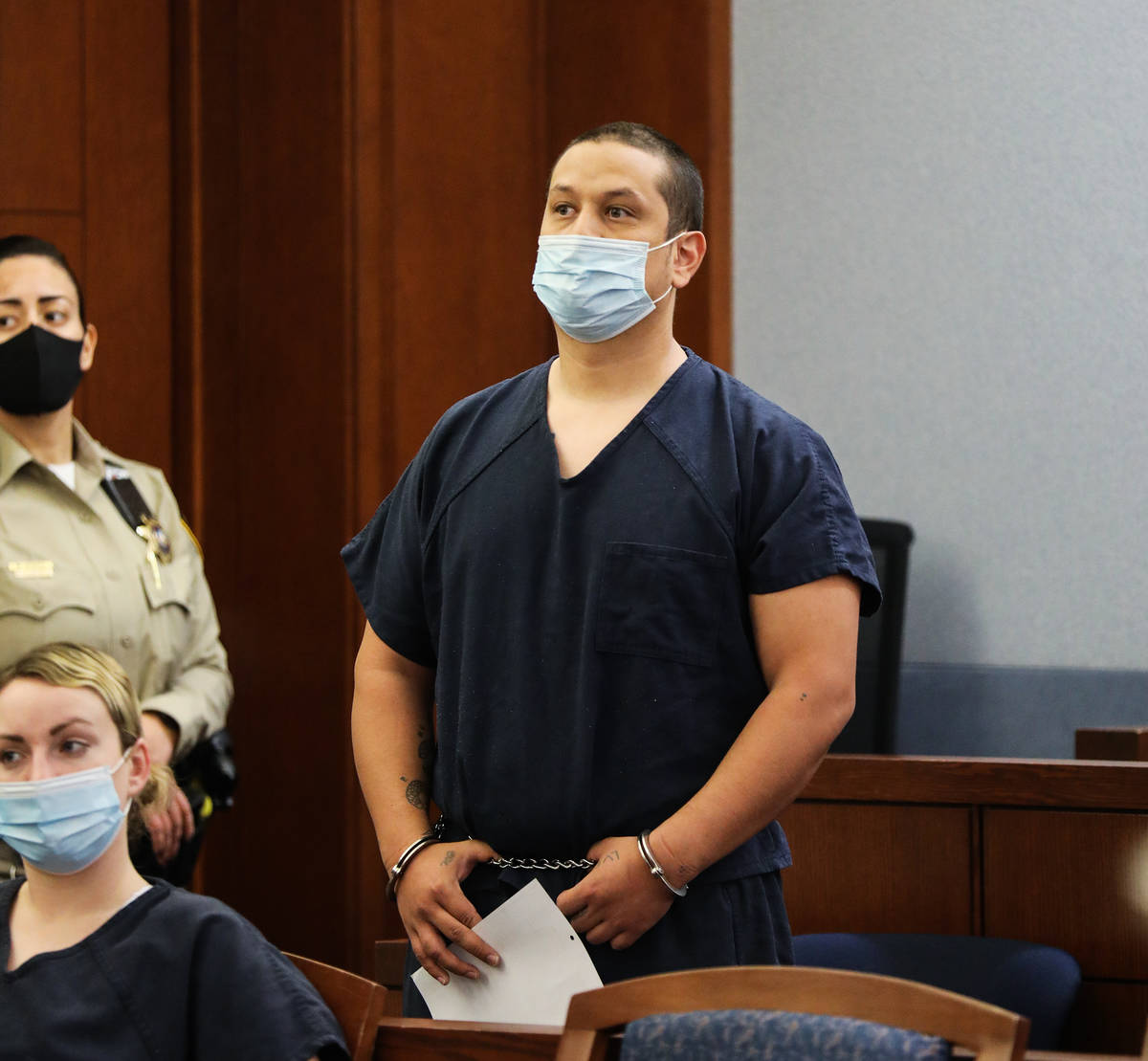 A Las Vegas associate of activist Ammon Bundy was indicted Wednesday on felony stalking and gun charges related to alleged threats against the life of a police detective who investigates domestic terrorism cases.

Dickerson, who is prosecuting the terrorism case against three suspected members of the right-wing boogaloo movement, obtained a felony gun conviction against Martinez in 2019. Mead had a courtroom encounter with Martinez in that case.

At Keach’s request, District Judge Linda Bell set a $1 million bail for Martinez, saying he was a potential threat to the community and the victims in the case. He is to be arraigned on the Clark County grand jury charges on March 4.

Bell also agreed with Keach and ordered Martinez not to possess any weapons, have contact with Mead and Dickerson and make any social media postings.

Keach said Martinez has used his position with Bundy’s People Rights network to put out a “litany of anti-government and anti-law enforcement messages to his followers.”

Many of his posts “call to action the death or bodily harm of politicians, law enforcement and the destruction of our Democratic institutions of government,” Keach added.

Martinez also has a “terrifying obsession” for both Mead and Dickerson and has supported the boogaloo movement and other extremism groups on his social media platforms, Keach said.

The prosecutor added that Martinez’s “rhetoric of hate” escalated Jan. 6 during the attack on the U.S. Capitol.

Martinez was arrested by Las Vegas police on Friday stemming from threats he made on Facebook against Mead and Dickerson.

One post showed a photo of a flag-draped coffin carried by uniformed officers with the caption, “How police officers take out their trash,” the complaint alleges. Next to the photo, Martinez said, “I can’t wait to see the news and hear that Detective Kenneth Mead is in that casket.”

Another post featured a photo of Dickerson with the statement, “This is Michael Dickerson. He is Detective Kenneth Mead’s bitch. Dickerson, I hope you and Mead die a slow and painful death … Mead, I have a message for you — Molon Labe.”

Keach told the judge in court Wednesday that the Greek phrase has been adopted by anti-government extremists to show their willingness to use force against law enforcement.

While executing a search warrant last Friday, detectives found an “arsenal of firearms,” including a rifle, shotgun and handguns, Keach argued. Because of his felony gun conviction, Martinez wasn’t supposed to own or possess any weapons.

“The speedy and effective work of law enforcement in this case prevented the defendant from committing a potentially deadly act of violence,” Keach said.

During a brief appearance in Las Vegas Justice Court on Tuesday, Martinez claimed he was “targeted” by Las Vegas police.

He told the Review-Journal days before his arrest, that his main effort with Bundy’s group was holding Las Vegas police accountable when they stop people on the streets. He has posted videos on social media of police during stops, sometimes challenging their actions.

“We don’t believe in bowing down to police,” he said. “We’re anti-corrupt government. Not just anti-government. We need government.”