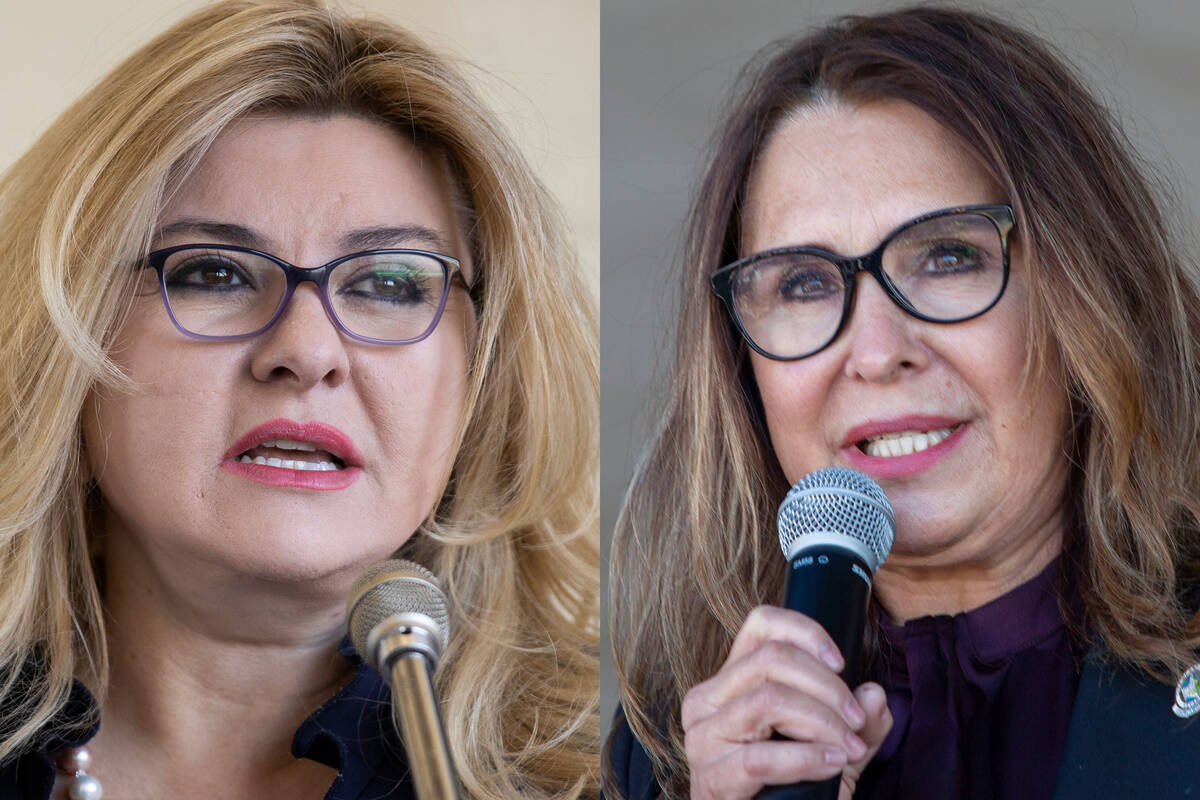 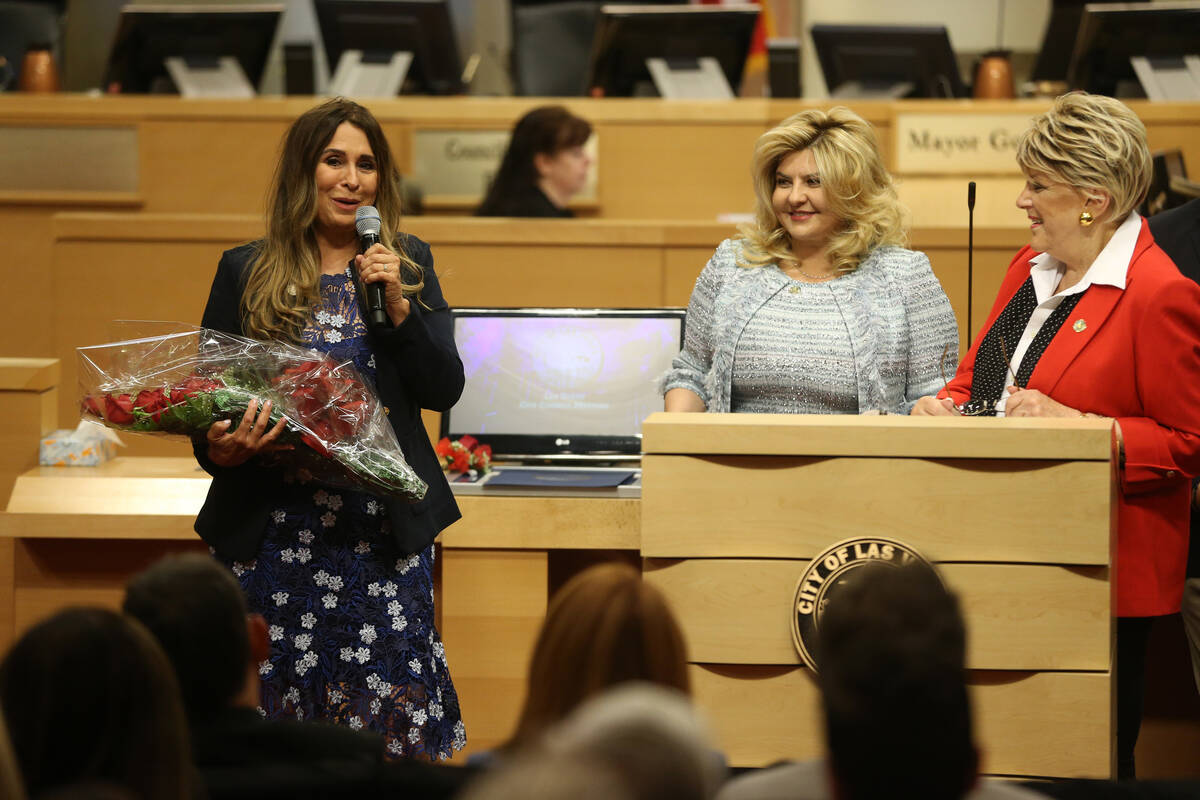 Dating back to February, city officials were slow to provide responses for requested video footage, and specific queries have generated vague replies and no confirmation about the place and time of the altercation. Officials also have stated no emails between city officials exist related to the incident.

At one point, city attorneys said the newspaper would have to pay the city $63,680 and wait at least 150 business days for one staffer to review all 150 surveillance cameras at City Hall. Officials also did not inform the Review-Journal about their video deletion policy — retaining surveillance video for 60 days — until the footage likely had been deleted.

“Nevada’s public records law requires government officials to help requesters find what they’re looking for,” Karpel said. “Moreover, local governments can be fined for willful violations of the law. For those reasons, the city of Las Vegas should be very, very nervous about what happened here.”

Multiple requests were made as part of ongoing reporting into an FBI investigation of Fiore’s campaign finances and an escalating high-profile feud involving threats, bullying accusations and legal actions between the two councilwomen, who were once allies.

City officials likely knew the exact location of the physical confrontation. In early February, a source told the Review-Journal the incident took place on the seventh floor. Seven months later, it was discovered the incident started on the second floor, but by that time, surveillance footage was apparently deleted, according to city attorneys.

Last week, city officials said they would not comment any further on the subject and refused to specifically confirm whether any or all video of the altercation was deleted.

Fiore has not returned repeated requests for comment, and a spokesperson for Seaman said she did not want to talk about the disappearance of video because of “pending litigation.”

The altercation, which has been the subject of much gossip at City Hall, took place Jan. 11 following an Audit Oversight Committee meeting, according to Seaman’s lawyers.

Seaman claims Fiore broke her finger and then grabbed her hair and threw her to the ground in a private, second-floor hallway behind the City Council chambers. The women had exchanged heated words after Seaman told Fiore she felt Fiore had disrespected her at the meeting, a source close to Seaman said.

A video of the meeting shows that Seaman, as the chairwoman, was having some procedural problems running the meeting when Fiore interrupted and asked the clerk: “Does her book instruct her on what to say? Maybe we can fix that.”

Seaman responded, “It’s OK,” and took back control of the meeting.

Surveillance cameras are installed in the second-floor hallway, which is restricted to the public. There are also cameras inside and outside an elevator leading to the seventh-floor offices of the council members, a City Hall source said.

Fiore and Seaman took their argument to the seventh floor, where Fiore slammed the office door of Mayor Carolyn Goodman on Seaman in front of council staffers, according to an informed source and Seaman’s lawyers.

Scott said the city had “no records responsive” to the newspaper’s request.

“Somebody’s trying to conceal something here that clearly is of public interest,” said longtime defense lawyer Todd Leventhal, a former prosecutor. “City marshals were obligated to go down and seize that video for any future civil or criminal proceedings.”

Former federal prosecutor Kathleen Bliss, now a defense lawyer, said she was disturbed by the sequence of events related to video recordings.

“There hasn’t been clarity here,” she said. “That’s something they need to take a look at because these are public officials. I think the public needs to know what happened.”

Scott last month did not respond to further questions, including the possibility that the city allowed video of the fight between the two high-profile elected officials to be routinely deleted. Last week, he did not return a call, and city spokesman Jace Radke said the city had no additional comment.

On Feb. 24, the city provided one video outside the public elevators on the seventh floor, but there was no footage of a fight. The video shows Fiore and Seaman walking out of the elevator in the morning not looking at one another or talking to each other.

The Review-Journal broadened the request Feb. 25 to include video of all City Hall security cameras showing the struggle between the two councilwomen.

A deputy city attorney responded March 4 that it would take at least 2,000 hours for one staffer to review the cameras for fight footage and cost the Review-Journal $63,680. The deputy did not tell the newspaper that any video of the fight would be automatically deleted within days, by March 12.

Faced with the five-figure bill and the lengthy review time, a reporter on March 8 informed the city in writing that “at this point, we are not going to proceed further on this request.”

In July, the rift between Fiore and Seaman intensified after the Review-Journal reported that the FBI was investigating Fiore’s campaign and political action committee finances. Seaman confirmed in the story that FBI agents had questioned her about Fiore at City Hall.

Then last month, Seaman’s lawyers sent a letter to Fiore demanding she stop harassing and bullying her or face a lawsuit.

The lawyers provided details for the first time of the Jan. 11 scuffle, alleging it was more serious than what reporters had heard.

Seaman did not file a criminal complaint after the altercation, a source said. The city spokesman would not say whether city marshals investigated.

Those close to Seaman said she has been on high alert because of an anonymous death threat she received in August.

Without naming Seaman, the Las Vegas Metropolitan Police Department said in a statement it was conducting a “preliminary investigation” into an alleged threat against a Las Vegas councilwoman. The department had no further comment.

“When I received the death threat, it deeply and emotionally affected me and my family, to say the least,” Seaman recently said in a statement to the Review-Journal. “I immediately turned it over to the proper authorities.”

An informed source said Seaman is now getting protection from city marshals at public events, but the city spokesman would not confirm that, citing a practice not to comment on security measures.

The threat was made in a handwritten letter Seaman received Aug. 5.

“You are doing a very bad job and you need to end your life and I am more than willing help [sic] you do that. Heres [sic] something for you to think about. Bang your [sic] dead. Whatever you do, don’t call the police or you can kiss your loved ones goodbye.”

The envelope containing the letter bears the last name and identification number of a female inmate at the Florence McClure Women’s Correctional Center, and the address of the state prison.

But authorities do not believe the inmate is responsible for the threat, the informed source said.

Seaman also has been the subject of a mysterious website, concouncilwoman.com, that has been critical of her. The website calls Seaman a “liar” and says she has a history of filing “con-artist lawsuits.” The identity of the people behind the domain is anonymous, online records show.

Seaman has previously called the website an example of the kinds of falsehoods being spread about her.

On Wednesday, lawyers for Seaman filed a lawsuit in Clark County District Court against unnamed “John Doe” defendants in an attempt to identify those behind the website.

Seaman alleges the website has made false and defamatory allegations about her, and she is seeking general and punitive damages.