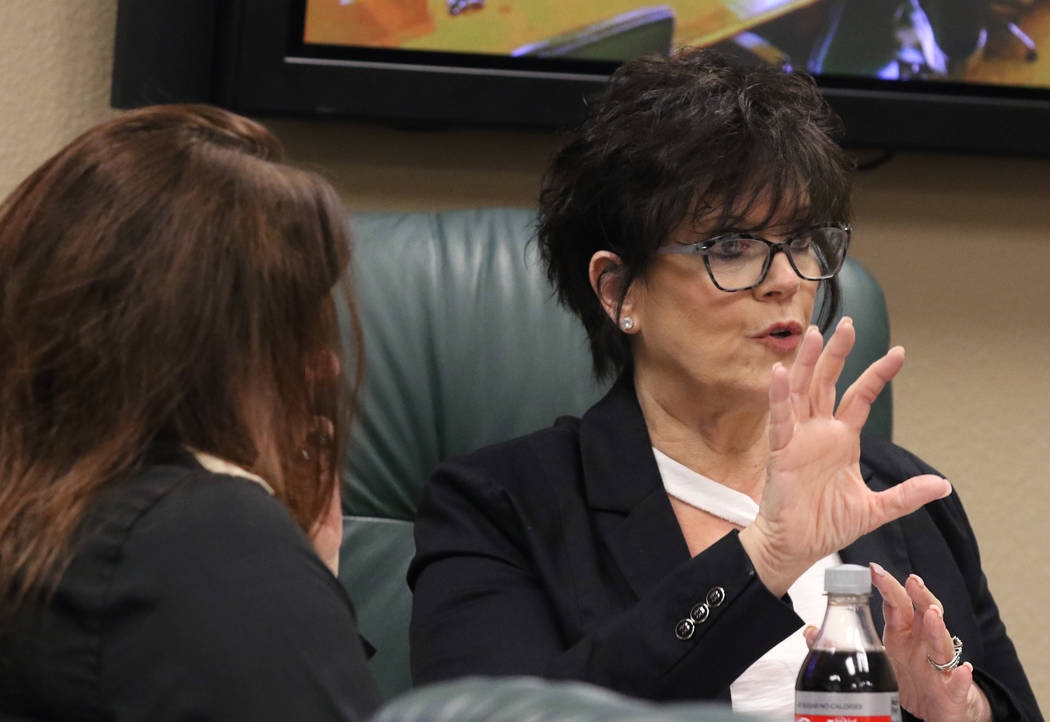 The newly appointed Nevada Board of Dental Examiners is scheduled to determine Friday whether its top two staffers will be terminated after prior board members already tried to fire them.

It is the first meeting of the new board after six new members were appointed Dec. 20 following a recent Las Vegas Review-Journal investigation that showed the agency’s lax oversight failed patients.

But the two women inexplicably stayed on and continued running the agency.

The board’s agenda shows they will discuss Shaffer-Kugel and Chapman’s employment contracts, job status and potential separation agreements in the meeting scheduled to start Friday afternoon and continue Saturday if necessary.

Gov. Steve Sisolak declined to reappoint three other board members accused of questionable conduct, so the board canceled meetings and remained dormant. State law gives the governor authority to appoint dental board members, but only the board can hire or fire board staffers.

Most of the board’s eleven members did not return calls seeking comment, but Reno hygienist Joan Shadler refused to comment.

“I have nothing to say,” she said before hanging up. “You can hear it on Friday.”

Newly appointed board member Jana McIntyre, a Las Vegas hygienist, said she is new and hasn’t received any information about potential separation pay for Shaffer-Kugel and Chapman.

“I am waiting to see everything,” she said, adding she plans to make a decision that allows the board to best serve the public. “I’ve tried not to form too many opinions.”

University of Nevada, Las Vegas dental school dentist Ron Lemon, who was also appointed last month, responded to an email saying he will talk when he receives more information about the meeting.

Shaffer-Kugel and Chapman remained as paid employees past the Dec. 5 deadline despite Sisolak’s anger at Shaffer-Kugel forwarding an anonymous letter linking Sisolak and his staff to board opponents to the Review-Journal and asking whether the paper would investigate the baseless claims.

“The Governor is disappointed that a little over 24 hours before tomorrow’s Executive Branch Audit Committee meeting, where there will be a 6-month report on the audit of the Dental Board that was initiated by Governor Sandoval, the executive director of the Board attempted to push outrageous and false accusations to the media in an attempt to undermine his goal of providing oversight and accountability of this board and all licensing boards in the interest of the health and safety of Nevadans,” his staff wrote in a statement in November.

Shaffer-Kugel, who was paid $168,000 in salary and benefits in 2018, and Chapman, who received $156,000 in compensation that year, apparently continued to collect paychecks for more than a month after board’s termination deadline.

After the December termination date, Shaffer-Kugel even threatened to dismiss a patient complaint because he talked to the Review-Journal about delays in the investigation of his care.

Neither responded to a call and email seeking comment.