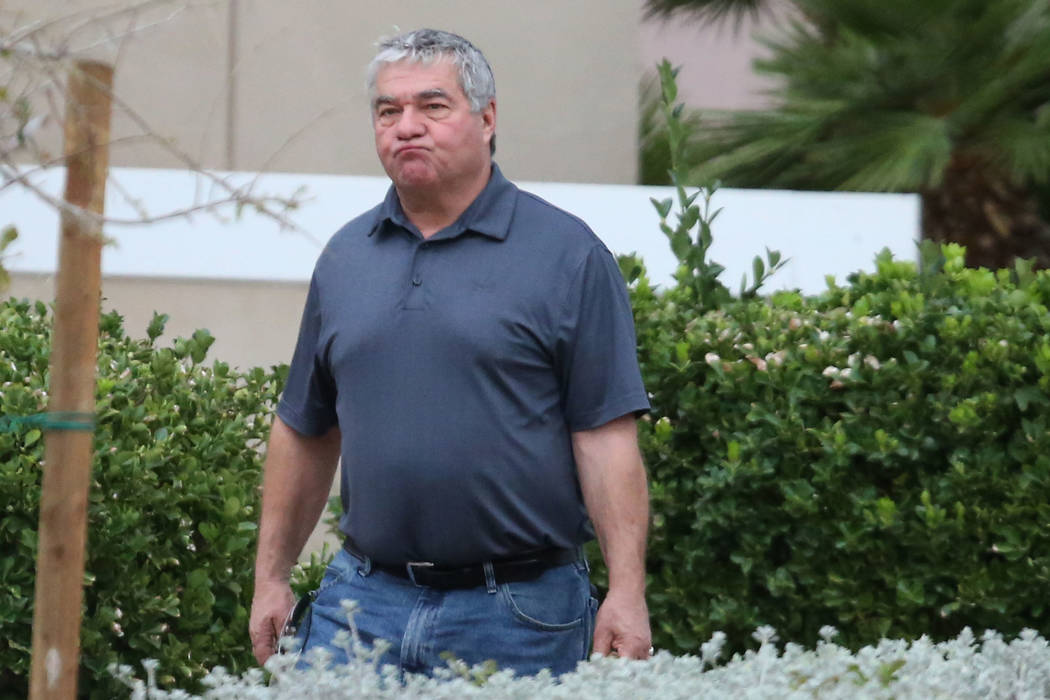 Mitchell’s attorney Damian Sheets confirmed the search of Mitchell’s office Tuesday morning but said Mitchell is innocent of any wrongdoing.

“I find it disturbing that the media is aware of a search warrant an hour after police executed it,” Sheets said. “Somebody’s trying to litigate this case in the public forum.”

Sheets declined to confirm police searched Mitchell’s home or discusswhat they were looking to seize.

In March, a Review-Journal story detailed that Mitchell wrote himself more than $70,000 in checks over the past two years from an account containing county money for his deputies’ wages, records show.

Mitchell also withdrew about $9,000 in cash from township accounts. Several withdrawals were made from ATMs at casinos or video-poker bars, bank statements show. He also used a debit card for one of the accounts to pay bar tabs, eat at restaurants and take trips to locations where his children live, records show.

“These investigations can take months. They can take years, but my hunch is they will move quicker to make sure funds are not removed,” he said.

Craig Mueller, a defense attorney who served as deputy district attorney and now is running for attorney general, said the warrants are significant because it shows that police presented sufficient information to a judge to obtain the warrants.

“They got a third-party, impartial magistrate to make a reasonable inference that there’s been a crime,” he said, adding there is no way to know how long the case would take.

But Sheets said Mitchell is cooperating with a county audit that will clear him.

“My client has maintained his innocence,” he said. “But he has been targeted by some individual or organization with a personal agenda.”

Metro and the district attorney’s office did not respond to requests for comment.