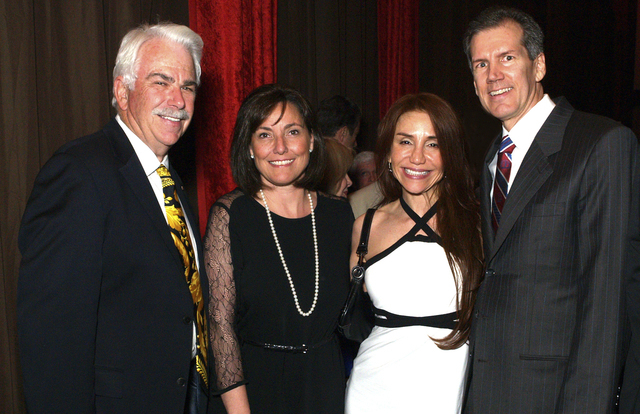 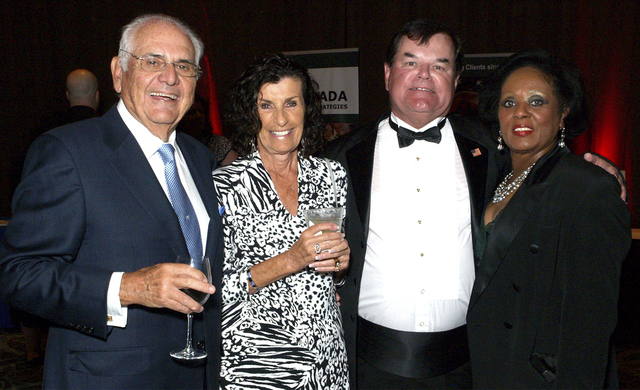 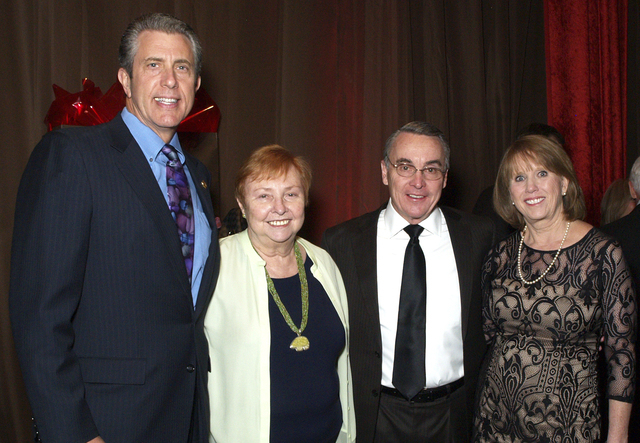 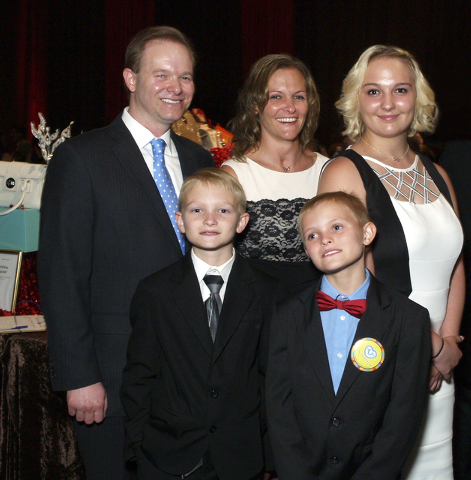 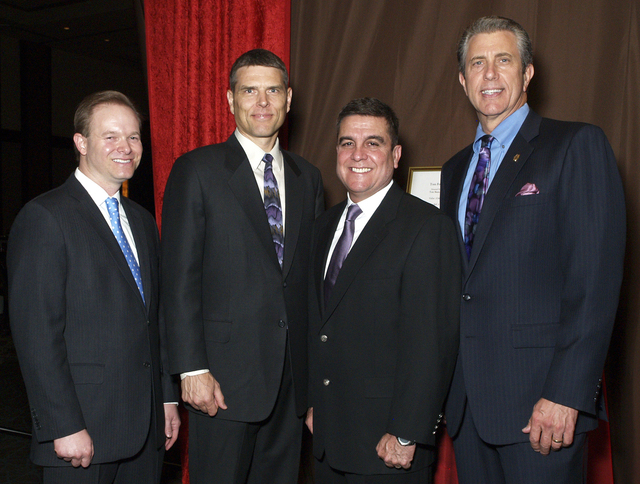 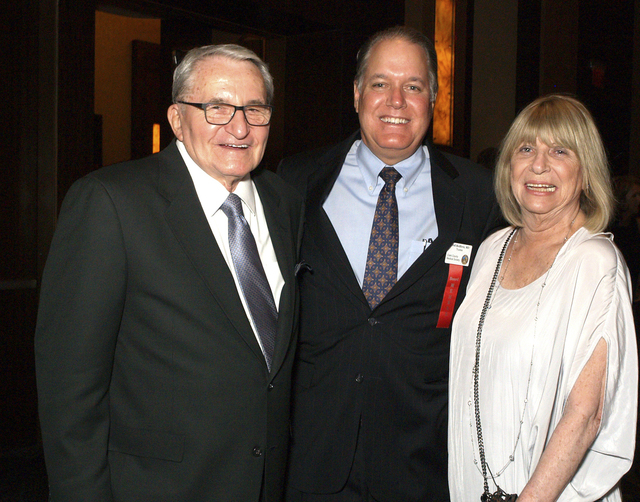 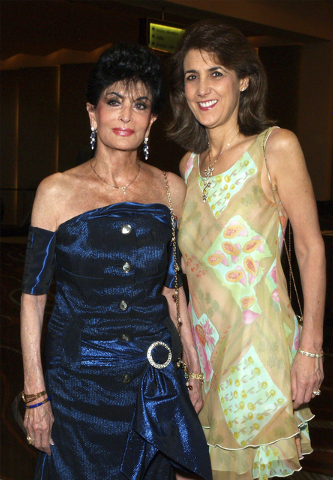 The Clark County Medical Society presented its 60th Presidential Installation Dinner and Awards ceremony recently at Red Rock Resort. The event recognized people and organizations who share the passion to achieve the best in medical care for our community.

Master of ceremonies Steve Schorr of the Las Vegas Review-Journal was joined onstage by TV anchor Beth Fisher of KTNV-TV, Channel 13. The Nellis Honor Guard was followed by the national anthem sung by Recine Zeller.

Among the award winners, the Harold Lee Feikes, MD, Memorial Award went to clinical cardiologist Dr. Keith G. Boman. He helped found The Meadows School and the Las Vegas Performing Arts Center Foundation. The Boman Pavilion at The Smith Center for the Performing Arts is named in his honor. In 1997, Boman along with the Boyd Gaming Corp. conceived and implemented the first lifesaving AED program in casinos utilizing security officers. Automated external defibrillators are now in casinos around the world. Dr. Boman wasn’t able to attend the dinner, so his award was accepted by two of his three children, Allison and Jeffrey Boman.

Rising Star Awards were presented to Elizabeth Telles Richardson, a student at the University of Nevada School of Medicine, and to Ori DeVera of Touro University.

The Winged Heart Award for nonprofits was presented to Cure 4 The Kids. Other finalists were Adam’s Place and the Children’s Free Clinic of Southern Nevada.

The Milestone Award for practicing for 50 years was presented to Dr. Parvin Modaber Jacobs.

Recognized for 40 years attending were Alvin Blumberg and Donald Dombrowski. Frank Nemec was honored for 30 years and Samuel Green and Emil Stein were honored as 20-year members.