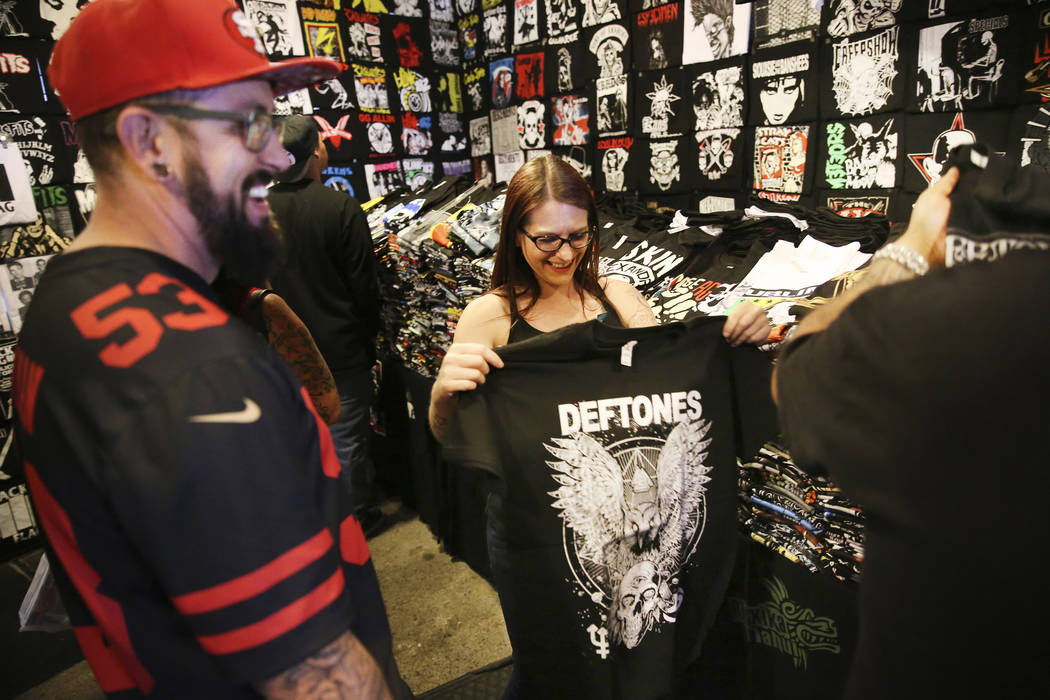 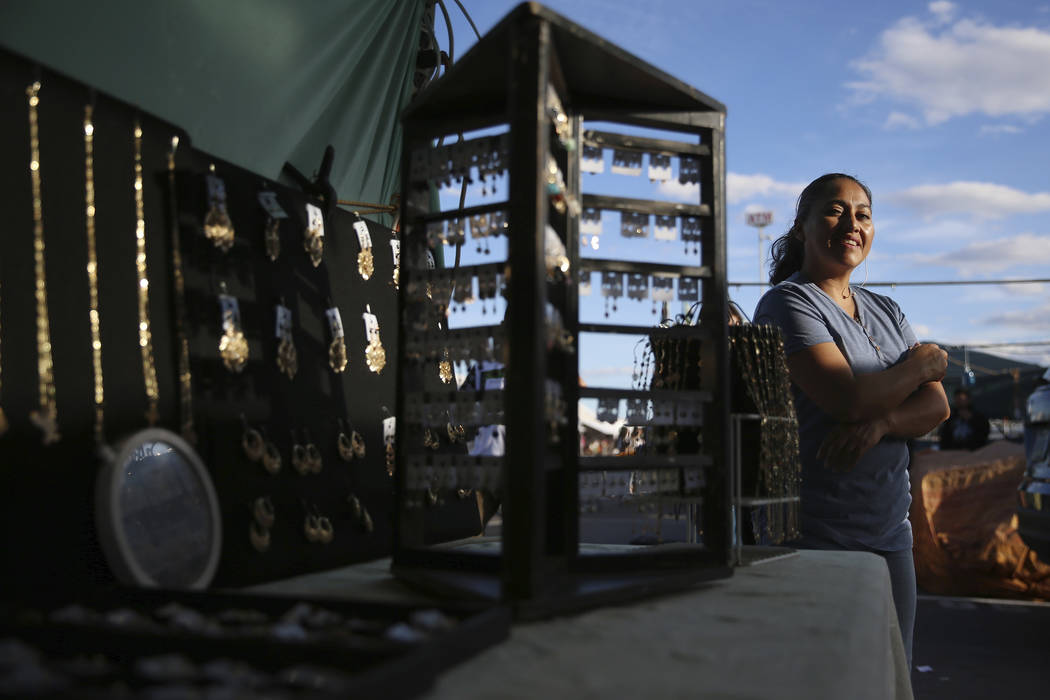 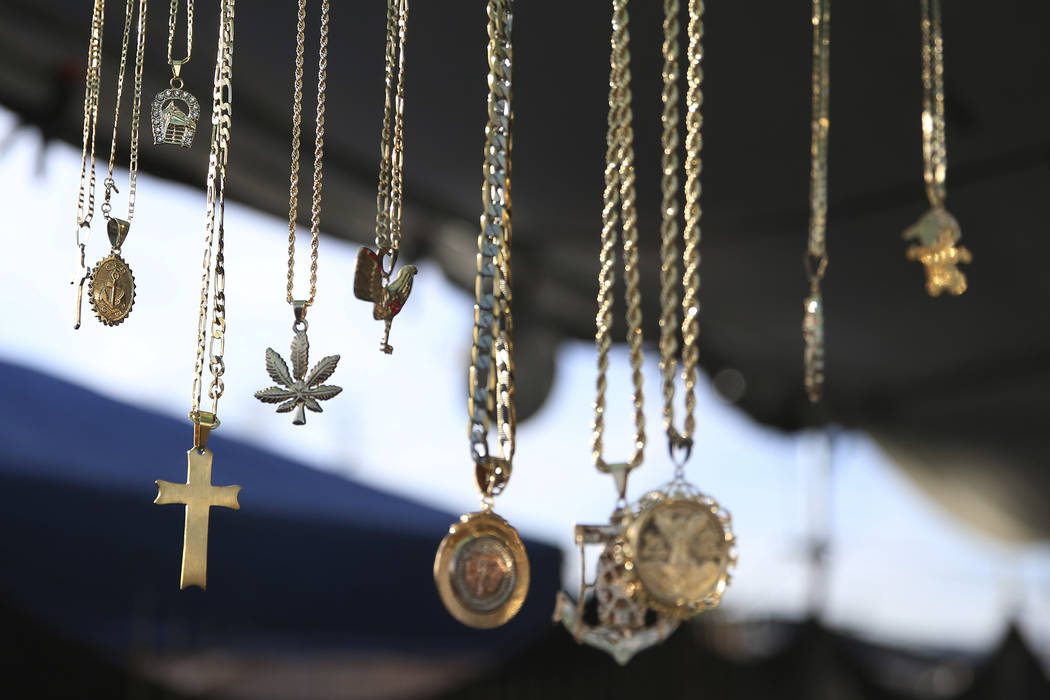 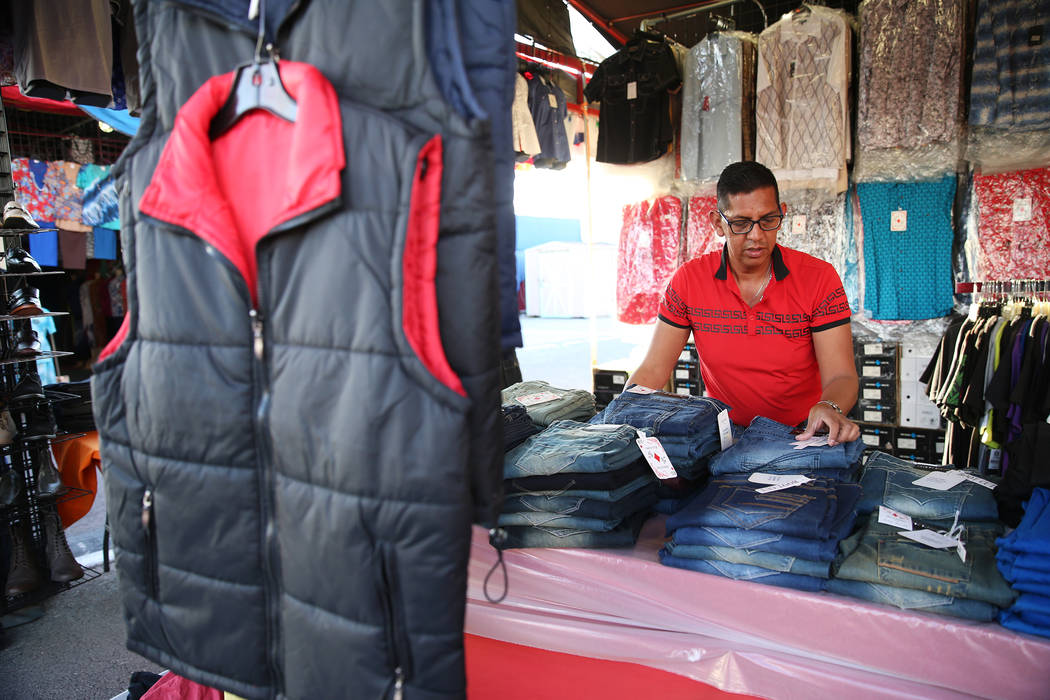 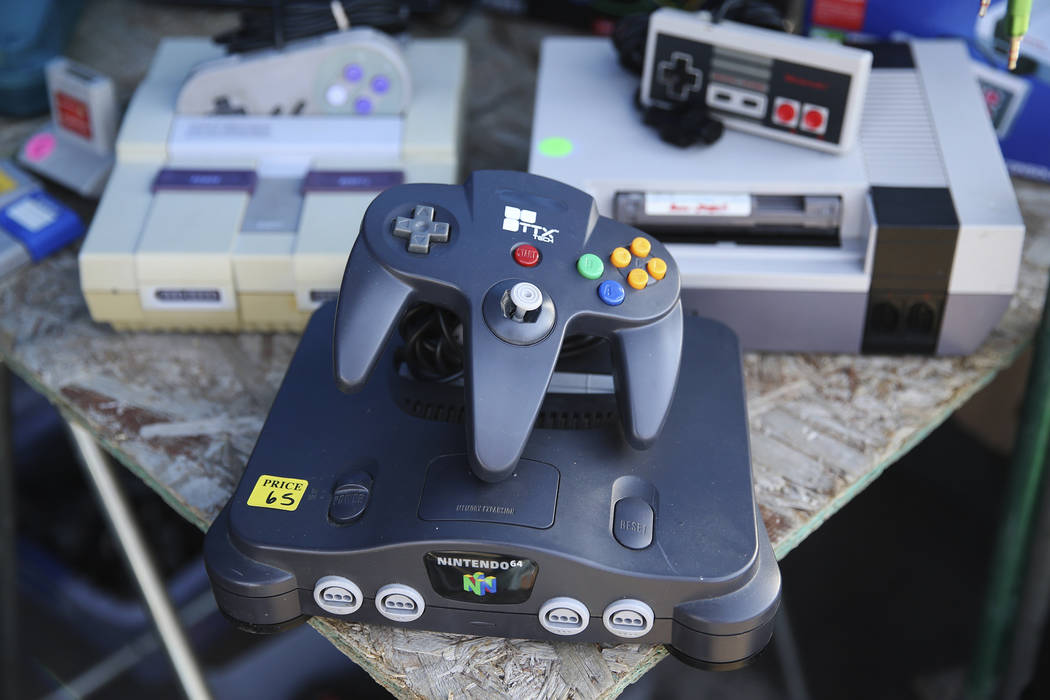 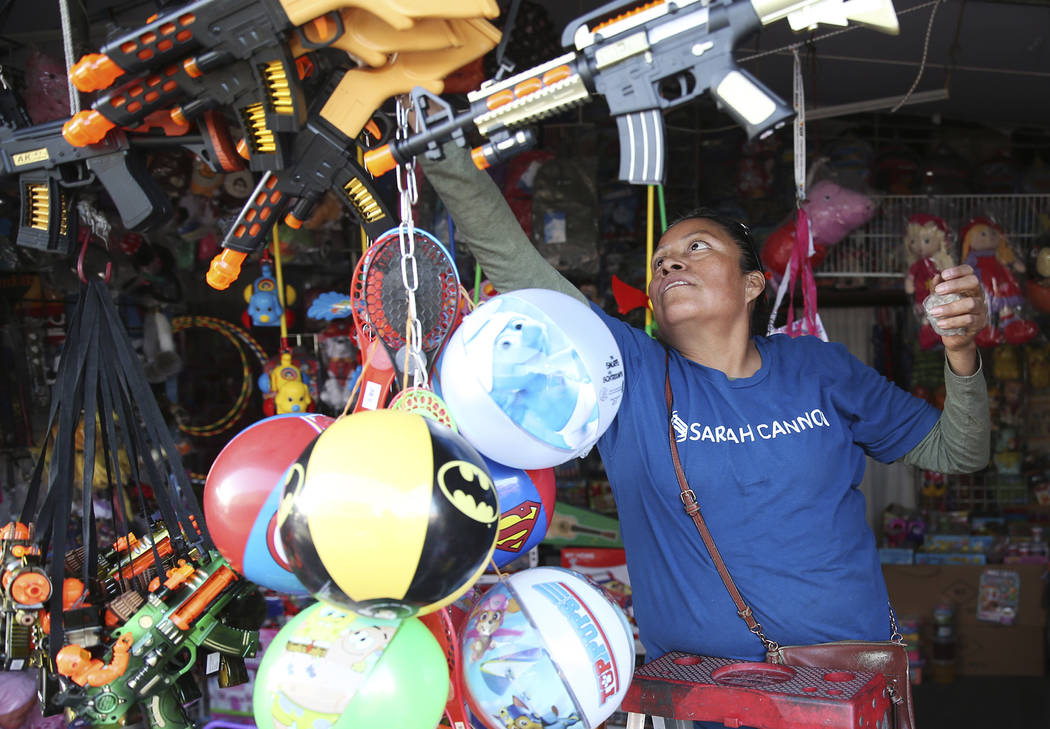 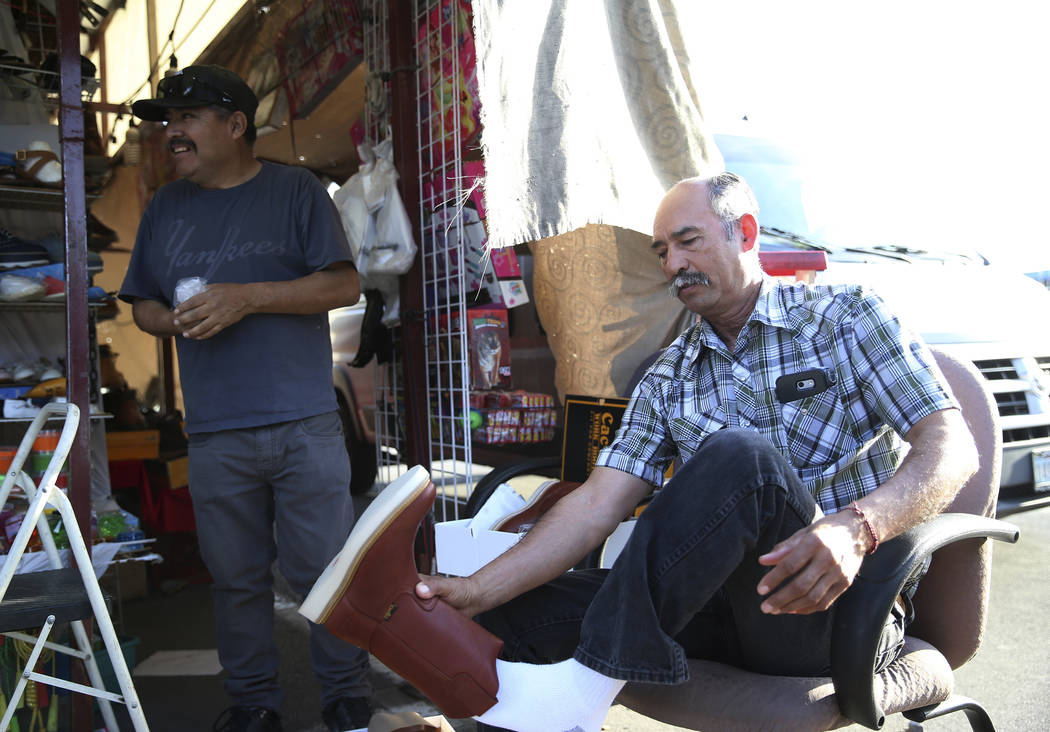 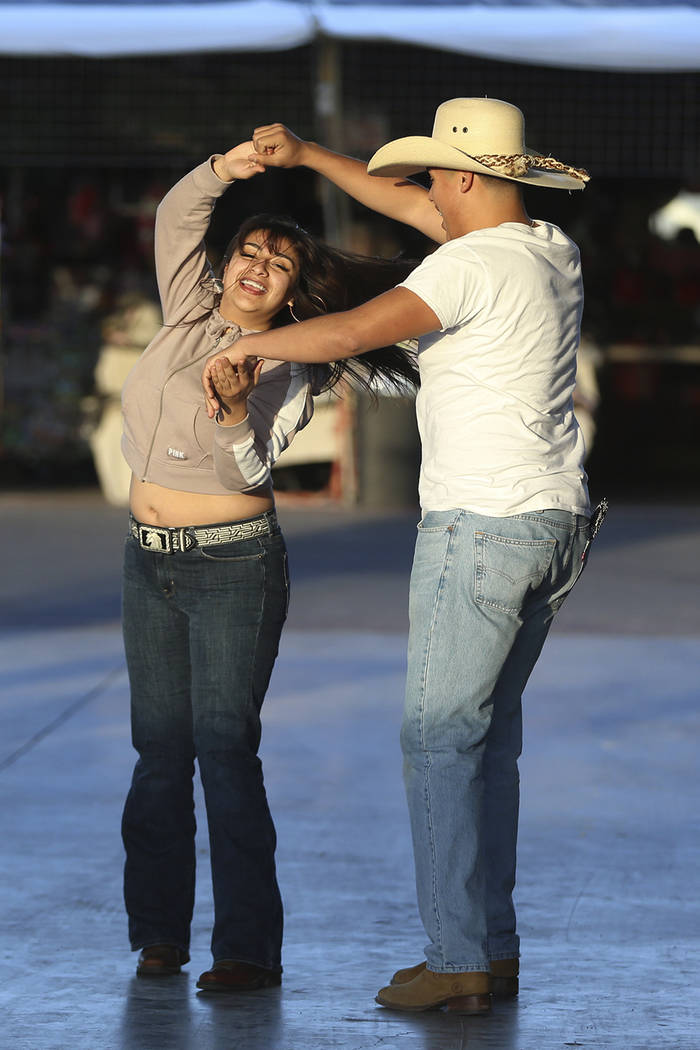 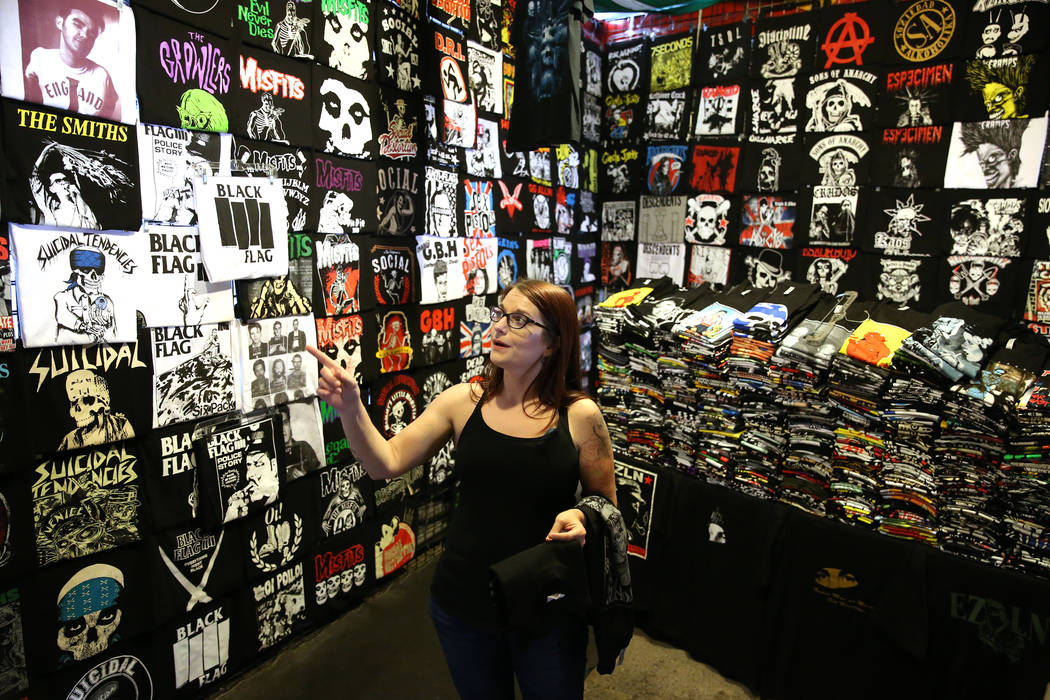 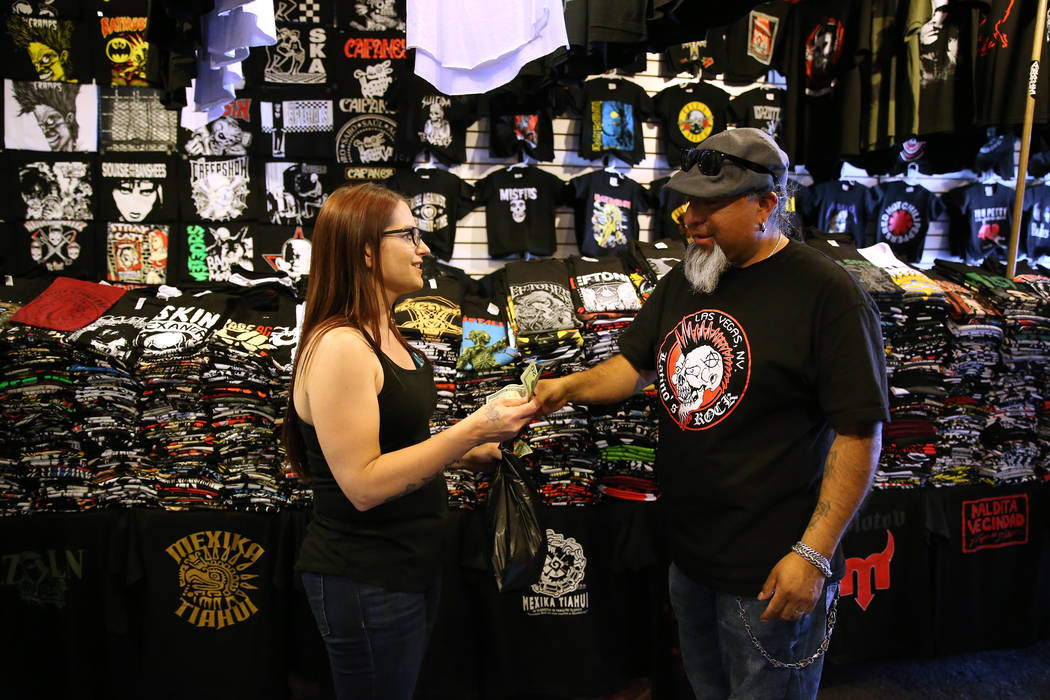 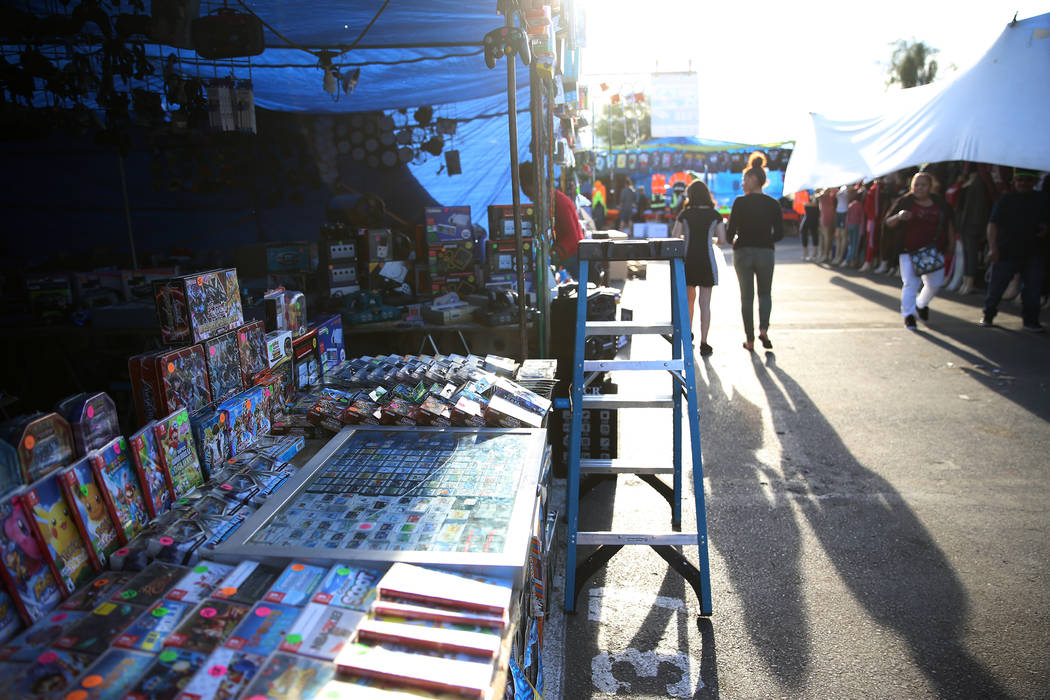 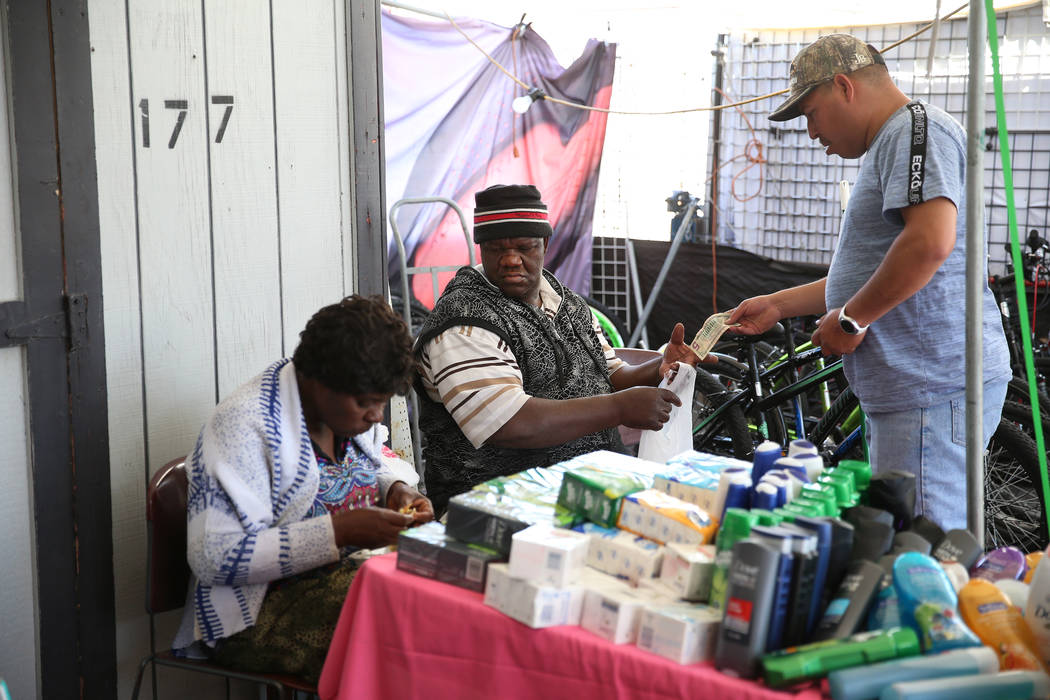 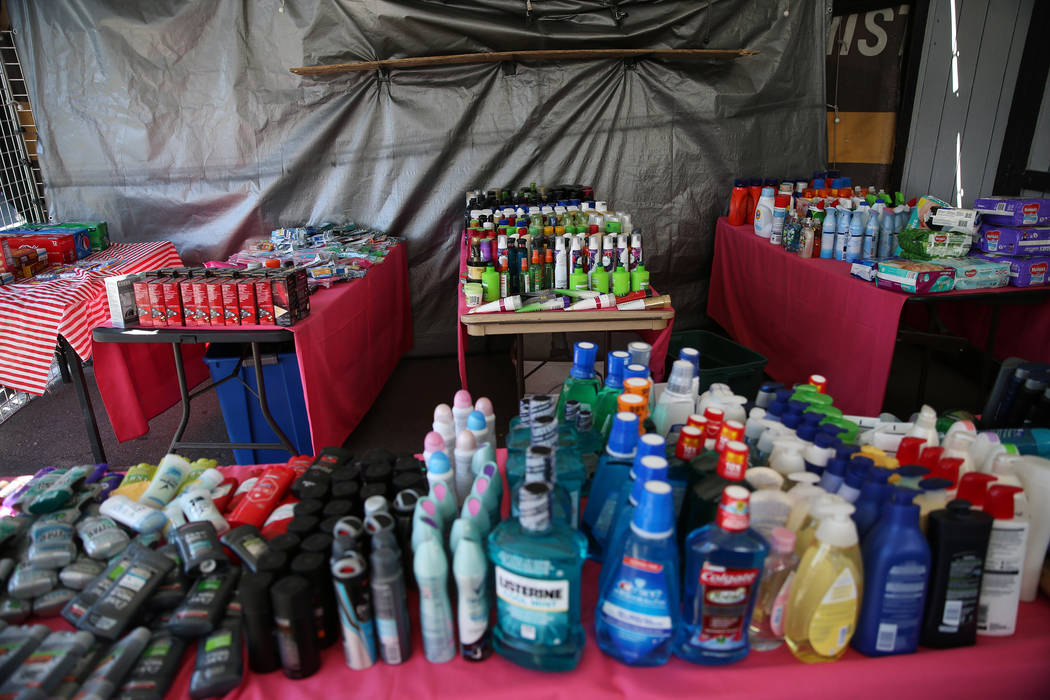 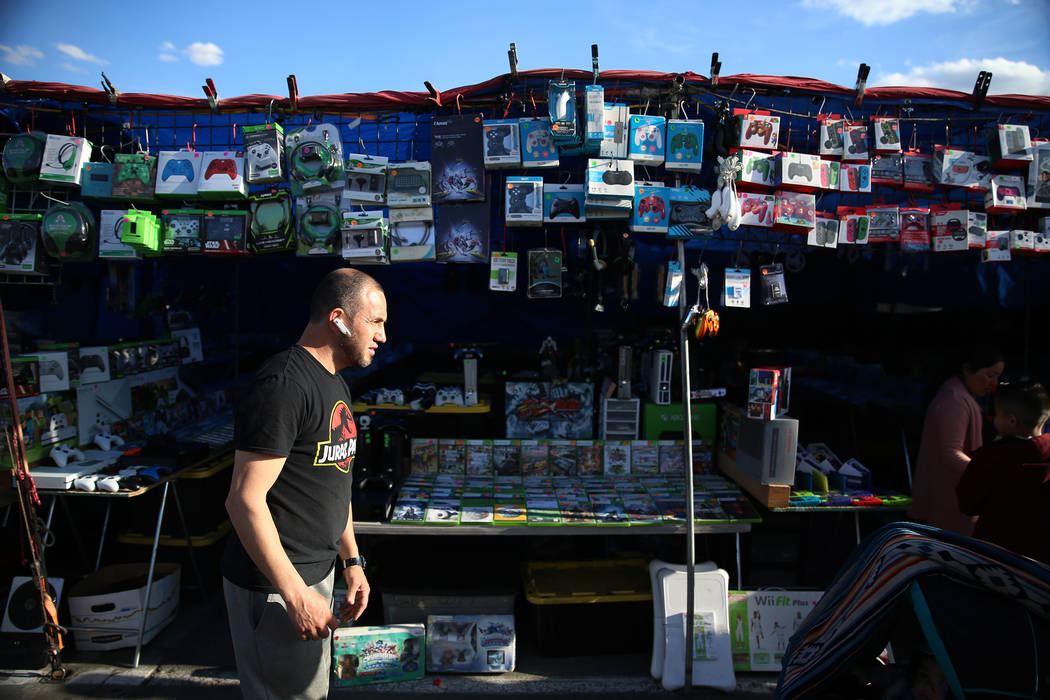 It’s all here, everything under the sun, which is currently rendering all the metal gleaming beneath it hot to the touch.

Bicycles, washing machines, wheelchairs, knives and monkey wrenches — it’s as if a department store’s innards have been exposed.

And then spread out on blankets.

Or crammed into milk crates.

Or neatly arranged within glass cases.

Or hung next to the Minion piñatas twisting in the breeze.

About the only thing you can’t find here is a roof.

This 45-acre maze of commerce, carnival rides and aguas frescas is akin to a dissembled puzzle spread out in a colorful jumble.

It’s up you to piece it all together.

And more than 1.3 million visitors do just that annually, flocking here every weekend, year-round, to sort through the offerings of a thousand vendors a day, on average.

They come to shop, haggle, socialize, eat, drink and dance.

They come to hear accordions get squeezed hard on a Friday night, their volume rivaled only by the squeak of boot heels on the dance floor.

They come to apply for home loans.

Or score a Metallica “Master of Puppets” lunch box.

Or stock up on dog food and diapers at a discount.

Or down a Michelada.

Or celebrate a quinceañera.

Above all else, they come here just to be here, to have a place of their own.

A home away from home

The story of Broadacres, located at 2930 Las Vegas Blvd. North, near Pecos Road, is the story of a community, a culture, coalescing on a hardscrabble strip of North Las Vegas, blossoming to life like a flower finding a way to grow in between the cracks of a sidewalk.

Everyone is welcome here, and the clientele is as diverse as the wares, but what Broadacres represents for Las Vegas’ Latino population is especially profound.

Consider the numbers: According to the most recent U.S. census bureau data, Latinos account for 32.7 percent of Las Vegas’ population — substantially higher than the 18 percent they comprise of the U.S. population.

For this community, Broadacres serves as a home away from home — albeit one with an open door for whomever might want to drop by.

“This is kind of like a piece of their land,” Broadacres General Manager Yovana Alonso says, “a piece of Mexico, of Salvador, wherever that community comes from.”

An entree into entrepreneurship

This is the kind of place you can see with your eyes closed.

The sharp tang of citrusy cleaning products; the appetite-rousing aroma of grilled meats wafting from the food fair; the barnyard blend of hay and horses emanating from the north end of the lot where kids ride ponies in a circle: They all bring Broadacres to life.

Broadacres registers in the ears just as resoundingly.

What it sounds like on a Saturday morning: a chorus of children’s shrieks rendering fun and fear indivis-ible from one another aboard the Diversias Uruapen tilt-a-whirl; Slayer blasting from a T-shirt vendor’s booth, warring with all the mariachi music in the air; the steady thwack of machete into coconut, as a teenager in a backward ball cap hacks the fruit in halves for a steady line of customers.

Everything here is on equal footing: the sights, the smells, the vendors themselves.

This is commerce as proud democracy: Weekend resale warriors who’ve seemingly emptied the contents of their garage onto a couple of card tables vie for eyeballs alongside the kind of professional displays you’d find in a mall.

Anyone can set up shop here: You either pay by day, picking whatever spot might be available at the moment or select in advance in person or online, or reserve a space for multiple days or a month at a time.

To become a reserve seller, you need a Nevada sales tax ID number and a Nevada business license, and the rates you pay depend on where you’re located on the grounds, with the spots beneath Broadacres’ permanent structure costing the most.

Because of its relative low costs and ease of entry, Broadacres has become an incubator to a number of mom-and-pop businesses that have started here and spread throughout the valley, from restaurants to cellphone stores.

“It’s a launching pad for real entrepreneurship,” Guzman says. “When I walk around there, I look around and see it, man.”

Cue the dude in the long-sleeve Darth Vader T-shirt.

Now he makes his living beneath the red awning affixed with brightly colored video-game controllers that stick out like high-tech buck teeth, shading tables loaded with Playstation 2 and Xbox titles.

“It’s a very important place, because it gives you the opportunity to be known,” Figueroa says of Broadacres in his native Spanish on a Saturday afternoon. “It’s open to everybody.”

That poses its own challenges, though: The competition here is sibling-rivalry fierce, and finding one’s niche can take years. This goes double for certain products, such as kid’s toys, with far more vendors than there are variations on plastic M16s and princess tiara sets.

Down the way from Alexis Video Games stands Factory Toys, whose proprietor, Irene Flores, was introduced to Broadacres by her sister, who sold clothes here. Flores began her business in 2006 on a budget of $300.

“I started investing 3½ years before starting to earn profits. Investing, investing, investing,” she says in Spanish, friendly and approachable, but practically perfumed in exasper-ation. “Now I have what I have, which is a lot. But it hasn’t been easy.

“Sometimes, everything is really good, but sometimes I just want to throw in the towel and look for a job,” she adds. “Business is like that.”

Haitian accent as thick as the stack of deodorant sticks piled before him, the big man speaks of his inverse — in income, if not humanity.

Talice sits flanked by his wife, Ifonise, behind tables lined with mouthwash, shampoo, hair spray and other personal hygiene products.

It’s like an open-air CVS for those who might not have the budget to shop at CVS or big-box chain stores.

“The swap meet sells cheaper than the stores like Walmart,” says Talice, who’s been selling here for about five years. “I think it’s good for the community.”

About that community: It’s decidedly working-class.

While Broadacres has evolved over the years, it was born of practicality — of necessity, even — enabling its clientele to purchase something as essential as Pampers at prices they can manage, tax free.

Broadacres may now entertain, but at its core, it’s still about helping people get by.

It’s not just about saving money here, though.

“The best thing is that it keeps the money in the community,” says Sergio Octaviano, who co-owns the Latino’s Rock T-shirt and music merch store with his wife, Monica. Speaking in Spanish as he oversees a crowded hive of Sex Pistols onesies and black-death metal garb, he says, “For me, this place is a great part of the economy of North Las Vegas.”

The Octavianos are decidedly hands-on with customers — Sergio routinely breaks away from conversations to help people find a shirt from a band they’re looking for.

As consumer habits have evolved, Broadacres has become the anti-Amazon: There’s a human touch to shopping here, as it’s hard to haggle with a laptop over the price of a mini-foosball game.

There’s also a distinct connection between consumer and vendor. As such, many sellers offer wares specific to the community they serve. Take Adrian Reyes, who oversees a Western clothes booth with boots, shirts and jeans favored by cowboy types.

Because of this, there’s a distinctly communal feel to an afternoon spent here.

Sure, Greg Danz is the proprietor. But ultimately, Broadacres belongs to those who pass through its gates.

It’s about the people as much as the place.

“It’s the atmosphere,” Alonso explains. “It feels like home.” 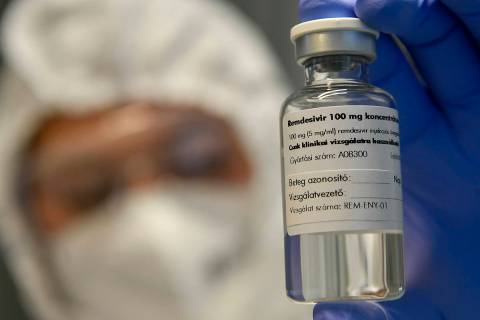 The Food and Drug Administration in October approved remdesivir for emergency use on hospitalized patients. The trial is aimed at determining its efficacy. 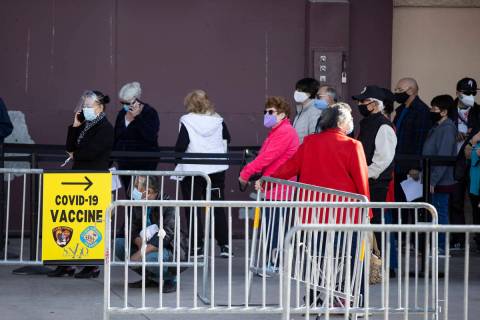 The appointment-only site will offer COVID-19 vaccine to those who received their first shot at Western High School, Cashman Center or the Southern Nevada Health District’s main office. 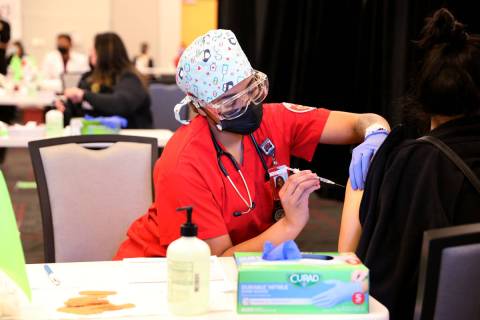 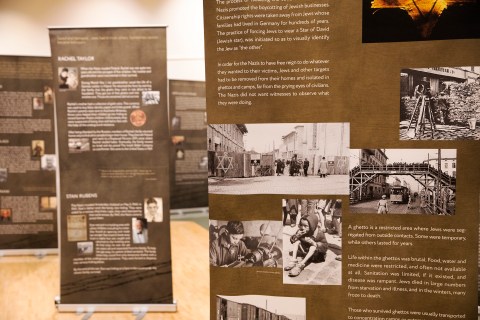