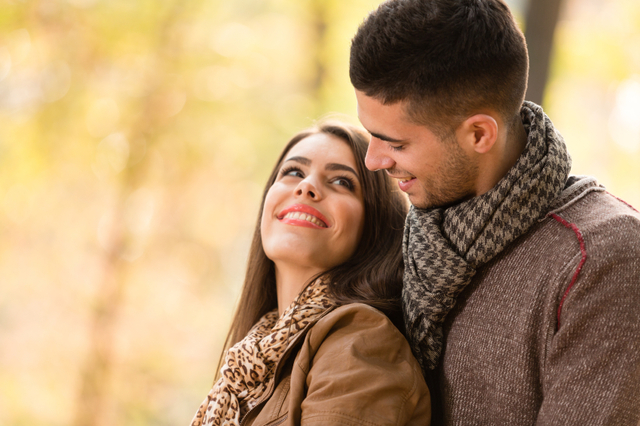 While traditional research has shown people tend to be drawn to those who meet their own level of physical attractiveness, a new study reveals a factor that may be more powerful than a beautiful face.

AUSTIN, Texas — Have you ever spotted a couple that seemed a bit — mismatched?

While traditional research has shown people tend to be drawn to those who meet their own level of physical attractiveness, a new study reveals a factor that may be more powerful than a beautiful face — at least when it comes to finding “the one.”

The study, published in the Journal of Psychological Science, found that taking the time to get to know someone well can often negate the importance of washboard abs, luscious locks and dreamboat eyes.

Researchers from the University of Texas at Austin used data collected from 167 couples — 100 of whom were married and 67 just dating — to find whether getting to know someone can even the playing field when it comes to physical attractiveness.

“Having the time to interact with others in diverse settings affords more opportunities to form unique impressions that go beyond one’s initial snap judgments,” study lead Lucy Hunt told the Association for Psychological Science.

The couples all participated in a longitudinal study of romantic relationships, with relationships ranging in time from 3 months to 53 years. Researchers videotaped each couple discussing how they’d changed over the course of their relationship, according to the study.

Hunt and her team guessed that the couples who were similarly attractive likely got together a lot faster than those who were so-called mismatched physically, thanks to the initial attraction factor. They hypothesized that couples who were friends first were more likely to be physically mismatched.

Turns out, they were right.

In short, spending more time with a person can very well change the way you see them, researchers said. Nearly 40 percent of the couples in the study were friends for months before things turned romantic.

“Having more time to get acquainted may allow other factors, such as another person’s compatibility as a relationship partner, to make that person appealing in ways that outshine more easily observable characteristics such as physical attractiveness,” said Hunt.

So there is definitely some truth in the old adage about beauty being in the eye of the beholder. Hunt said it’s important to note that getting to know someone can also impact one’s opinion in a negative way.

There may be initial physical attraction, but if a bad personality emerges, the beauty factor disappears.

Interestingly, the level of physical match on attraction didn’t have much impact on relationship satisfaction for men or women involved in the study. Both groups — those who began dating quickly and those who knew each other for a while before getting together — appeared equally happy as the relationship progressed.

“What you see in magazines and movies and TV is this pressure to be the most beautiful, handsome, intelligent and charming person to all, and the data indicate that it’s better to be all of those things to one person,” Hunt told Yahoo Health. “Find the person who uniquely sees you that way, and maybe a better way of doing that is to get to know someone over time.”