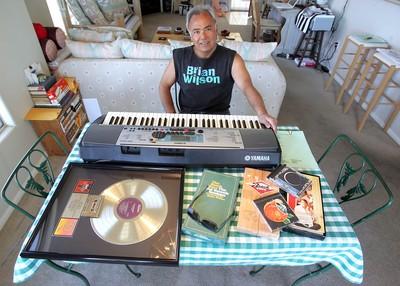 There was Dino and Desi, and then there was Billy.

In the ’60s, it was common knowledge that Dino was Dean Paul Martin, son of the Las Vegas legend, and Desi was Desi Arnaz Jr., the son of the most famous couple in show business, Lucille Ball and Desi Arnaz.

But the third member of the pop trio, Dino, Desi & Billy? That was Billy Hinsche, usually described, and not inaccurately, as “their friend from school.”

“Always been that way and it always will be that way,” Hinsche, 55, says with a laugh. That’s why the favorite photo from the old days — one of the few not packed away in his downsizing move to Henderson four years ago — is one from the front page of The Washington Post.

It shows a teenage girl, possessed by the demonic force that typified Beatlemania, charging the stage and latching onto Hinche’s leg. “I think maybe that’s why that picture is so special to me. I’m on an equal playing field here.”

Dino, Desi & Billy may now just be a footnote in pop history, but they’re a significant footnote. “We were the first boy band,” Hinsche says of the group formed when he was 14. “That’s a misnomer for groups like the Backstreet Boys,” he adds. “They’re not even a band.”

The group’s legacy mostly revolves around the 1965 hits “I’m A Fool” and “Not the Lovin’ Kind.” The band ran its course in four years of gradually diminishing returns. But for Hinsche, it paved the way for a 30-year association with the Beach Boys that still continues, with Hinsche on tour as a sideman to Brian Wilson this summer.

So, who was Hinsche’s father? And what did he do to get his son on the same playground as the young princes of Hollywood royalty?

Hinsche says his late father’s tale is long and colorful, perhaps a book in its own right. The short version is that Otto Hinsche learned the ropes of the early casino business in Las Vegas at the Last Frontier, then applied that knowledge to running a casino in the Philippines, where Billy was born.

Otto became a prisoner of war during World War II, and when the Korean War flared up just five years later, “decided he wasn’t going to end up in a POW camp again.” He moved the family to Beverly Hills.

In second grade at Good Shepherd Catholic School, “Dino and I just became best friends. I didn’t even put it together at 7 years old that his father was Dean Martin,” Hinsche recalls.

Desi was two years younger, but sister Lucie Arnaz was in their grade. When the two young guitarists decided they needed a drummer for a school function, they knew who to ask.

Beatlemania drove a wedge between the Rat Pack and an awakening youth culture, but these lads knew which side they were on. “We were right in there with the British invasion. … We loved everything about it,” Hinsche says. “I got to see the Beatles twice at the (Hollywood) Bowl. Dino trumped me by meeting them.”

But Frank Sinatra also was the founder of a record label, and Reprise Records executives no doubt wondered how to get their own piece of Beatlemania. “When we started to get pretty good, it was actually Jeannie Martin who picked up the phone and called Sinatra: ‘You gotta hear the kids,’ ” Hinsche says.

“So, armed with just our pretty bad sound system and two electric guitars, we auditioned for Frank and Dean at the Martin house. They were very polite and listened through it. I’m sure it sounded just like hell. But afterward, Sinatra stood up and said, ‘Boys, how would you like a contract with my label?’ “

The boys soon learned that their instrumental chops weren’t an issue. By being asked if they wanted to watch a recording session, they learned they weren’t playing on it. On all four Dino, Desi & Billy albums, only their voices are heard.

The first single (“Since You Broke My Heart,” backed by “We Know”) weirdly had “these old people’s voices” chiming in on background vocals. When the single failed to catch fire, the youngsters were assigned to budding producer Lee Hazelwood. This time, the fresher sounding “I’m A Fool,” backed up by an Ed Sullivan TV appearance, gave the trio a No. 17 hit in July 1965.

The four-year ride was “exciting and a little scary, too,” Hinsche says. At the peak of the pandemonium, Hinsche says, “We had to tell Desi to stop saying ‘This is our last song,’ because that cued the audience to run to wherever the bus was waiting.”

By the time youth culture and the Beatles themselves had embraced the hippie movement, there was little momentum to renew the group’s contract. Dino also was ready to move on; he worked as an actor before his death in March 1987, when his National Guard jet crashed in California. At age 18, Hinsche had his whole future ahead of him.

The trio had toured with the Beach Boys and was part of their extended family: Hinsche’s sister Annie married Carl Wilson when she was 16 and Carl was 19. The band asked Hinsche to replace Bruce Johnston as a full-time member.

But the Beach Boys were into their years of turnover and creative turmoil, and Hinsche’s father wanted him to go to college. “I cried myself to sleep that night,” he remembers, but he went to film school at the University of California, Los Angeles. Footage he shot of the Beach Boys has been used in documentaries about the band.

Hinsche ultimately got to log plenty of stage time with the Beach Boys, playing keyboards and assorted instruments as a sideman from the early ’80s through 1995. It was the group’s “road warrior” era when the Beach Boys, no longer a major creative force, played for millions of people, including huge July 4 concerts on the National Mall in Washington, D.C.

When his marriage dissolved in 2003, Hinsche was coaxed to Southern Nevada from Oceanside, Calif., by his old friend Arnaz. “He literally helped move me into this house,” Hinsche says of his Henderson condominium. “He was going up and down the stairs carrying furniture.”

Arnaz and Hinsche occasionally have teamed with another of Dean Martin’s sons, Ricci, for concerts at the Boulder City Theatre, which Arnaz and his wife own and operate. He also has a couple of self-marketed solo albums and has even written songs for Sen. Orrin Hatch, R-Utah.

Living here perhaps brings Hinsche full circle. “Isn’t it ironic that here I am back where my dad got started?” he notes. As Arnaz pitched him, “Billy, you remember how it was when we were kids and we could go to each other’s houses and play music?” 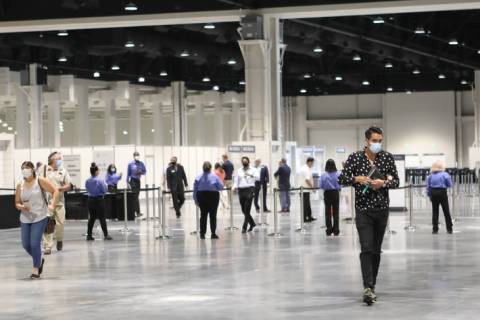 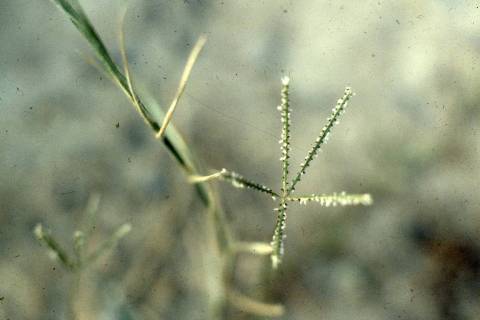 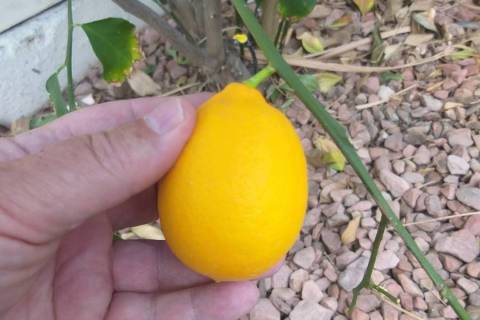 It only takes a 1- or 2-degree difference in temperature between having a tree loaded with fruit versus having a tree with not much fruit. If this temperature difference comes along two or three times during the spring when it’s trying to flower, then there is no fruit produced that year. 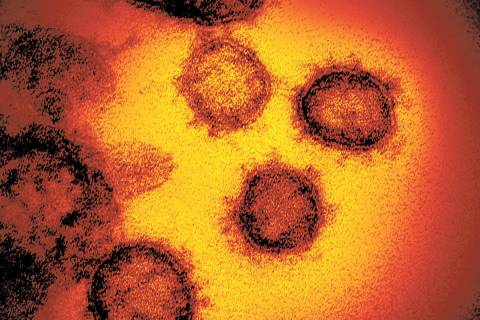