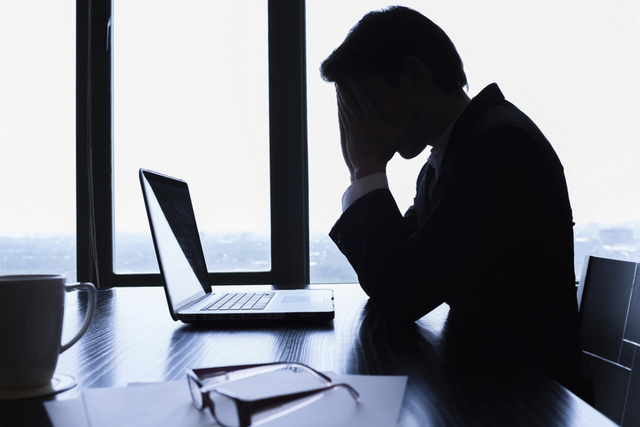 Constant stress on the job doesn’t necessarily lead people to pack on the pounds, an analysis of obesity research suggests. (Thinkstock)

Constant stress on the job doesn’t necessarily lead people to pack on the pounds, an analysis of obesity research suggests.

In a sign of encouragement for office workers who crave an extra pint or pizza after a rotten day, researchers analyzed previous studies on obesity and work stress and found no association between job strain and the risk of weight gain. Sadly, they also found no sign that eliminating stress might help workers lose weight.

“Obviously some people gain weight when under stress and there are also people who lose weight in such circumstances, but for most of us the effect of job strain on weight appears to be modest,” lead study author Mika Kivimaki, a public health researcher at University College London, said by email.

Globally, 1.9 billion adults are overweight or obese, according to the World Health Organization. Obesity increases the risk of heart disease, diabetes, joint disorders and certain cancers.

While precise statistics on job strain are harder to come by, many employees believe that work is more stressful today than it was a generation ago. As many as 40 percent of workers report experiencing extreme stress on the job, according to the U.S. Centers for Disease Control and Prevention.

Stress sets off alarms in the brain that trigger the nervous system to release hormones to sharpen the senses, tense the muscles, speed up the pulse and deepen breathing. Commonly called a flight or flight response, this biological reaction helps us defend ourselves in threatening situations, whether the perceived problem arises at work or elsewhere.

Isolated or temporary stressful situations may not be harmful, but routine exposure to stress can lead to immune system problems, heart disease, nervous system complications and mental health disorders.

To understand how changes in stress on the job might impact workers’ risk of gaining weight or becoming obese, Kivimaki and colleagues did a fresh analysis of eight studies from five previously published papers.

When they crunched the data to see if there was a connection between obesity and job strain, they found no link based on data from more than 40,000 participants in the previous studies.

They did, however, find an increased risk of obesity among people whose previously laid back jobs later turned stressful, based on a review of data from more than 35,000 participants in the older studies.

None of the studies in the analysis looked at whether greater strain might lead to a greater obesity risk, so they couldn’t distinguish between people who worked in a constant pressure cooker and employees who experienced only mild stress, the researchers acknowledge in the International Journal of Obesity.

While minimizing stress on the job can have many mental health benefits for workers, the study findings suggest that reducing job strain won’t help address the obesity epidemic, Kivimaki said.

“However, when we are free of stress it may be easier to adopt a healthier lifestyle which eventually leads to a healthier weight,” Kivimaki added. “To maintain a healthy weight, regular exercise and a healthy diet are important both when under stress and at other times.”

Because the analysis didn’t consistently define job strain or capture the magnitude of pressure the workers experienced, the findings may have missed a connection between stress and obesity, said Dr. Pouran Faghri, a researcher in biomedical engineering and community health at the University of Connecticut.

While stress doesn’t directly cause people to become overweight or obese, extreme stress can lead to health behaviors that result in gaining weight, said Faghri, who wasn’t involved in the study.

“Those with low levels of psychological health and high stress tend to engage in unhealthy behavior including unhealthy eating and being sedentary,” she said. “Their conclusion may be misleading.”