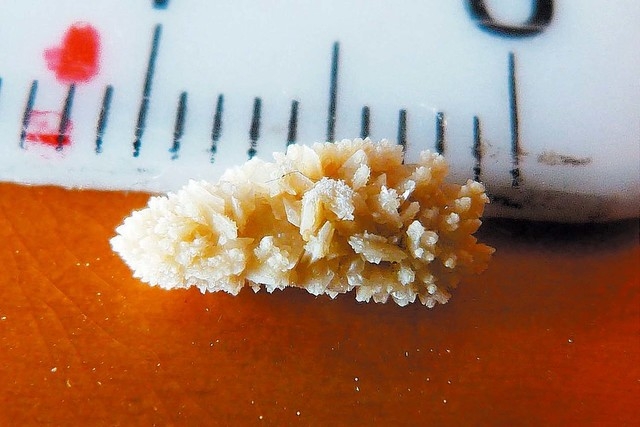 Here is an example of a kidney stone. The stones form inside the kidneys. They are caused by a buildup of minerals in the urine, a byproduct of dehydration accelerated many times by too much sodium and caffeine. (Wikimedia) 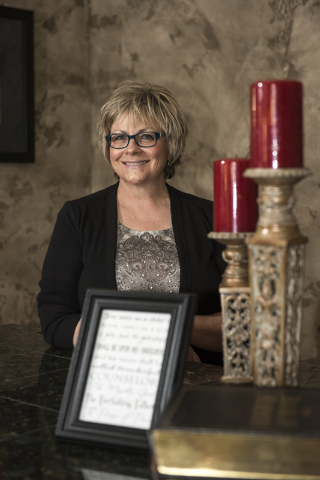 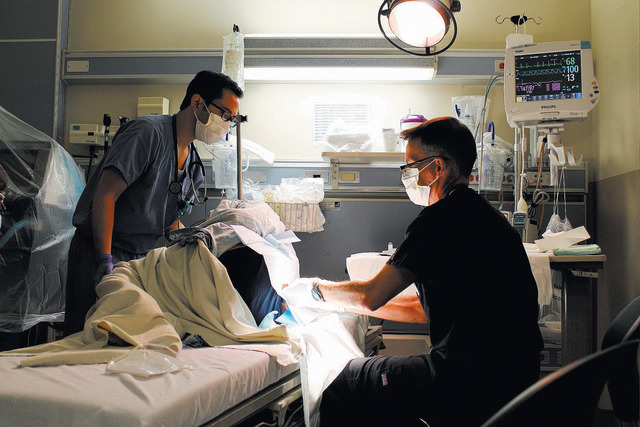 Dr. J.D. McCourt, right, tends to a patient at University Medical Center, where he is medical director of the hospital's Adult Emergency Department. Diagnosis of a kidney stone can take one to two hours, McCourt says, noting that patients then are sent home with pain and nausea medications as they wait for the stone to be passed out of their system. (Courtesy University Medical Center) 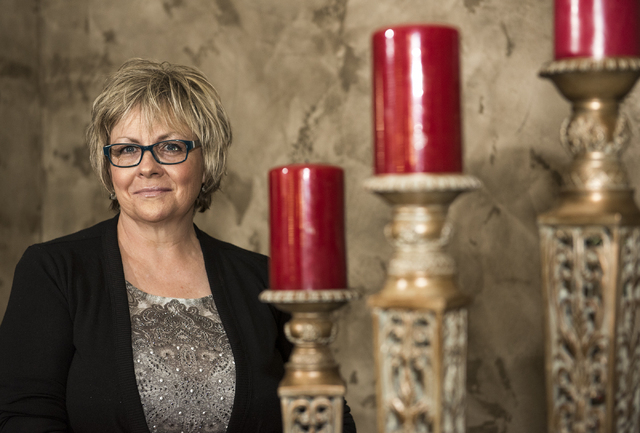 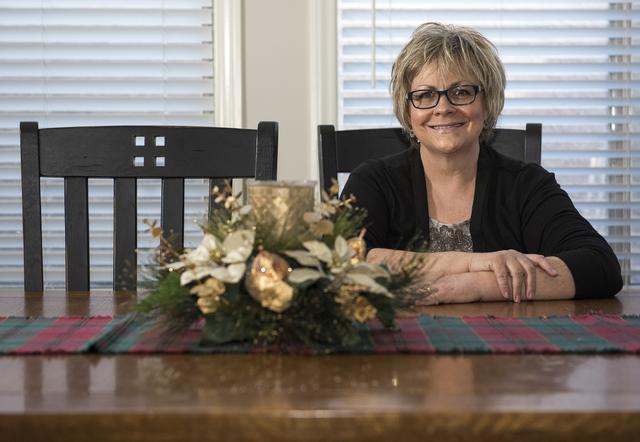 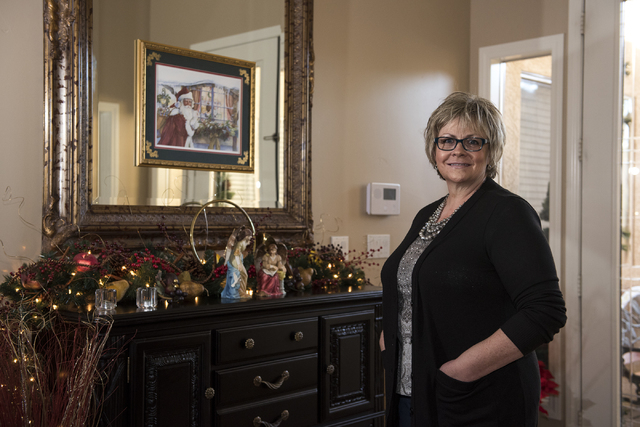 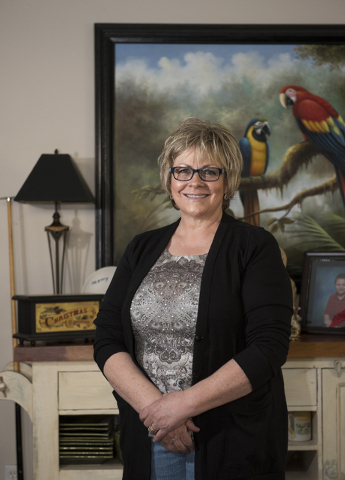 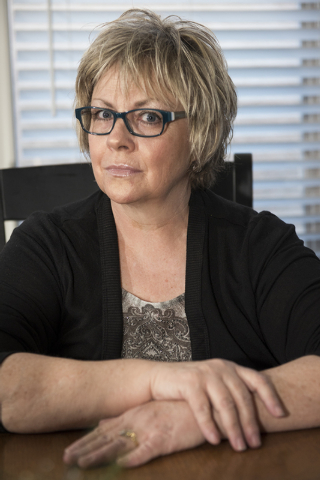 It may be quick and filling to chomp down that fast-food burger and fries, washing it away with a pint of soda or two and then later in the day hitting your favorite coffee joint for an afternoon pick-me-up. But just remember, consuming a steady diet of all these sodium-laden junk foods and caffeine refreshments (including the buffet of energy drinks on the market) comes with the risk of developing kidney stones.

Yes, those pesky moon-rock-like crystals that form inside the kidneys are caused by a buildup of minerals in the urine, a byproduct of dehydration accelerated many times by too much sodium and caffeine. Another contributor to kidney stones is calcium oxalate, a chemical compound found in meats, especially red meats.

Pamela Taylor first experienced the painful side effects of kidney stones some 15 years ago. She had no idea at the time what was occurring in her body. A throbbing back pain and terrible nausea causing her to constantly throw up reminded the mother of four of when she was in labor.

“That pain can throw people into panic,” the 57-year-old Taylor said. “Not knowing what’s happening makes all the difference.”

Taylor eventually went to MountainView Hospital and was diagnosed with having uric acid kidney stones. At the time, the hospital had just opened, so Taylor had to wait for a special truck that came around to administer a noninvasive treatment called lithotripsy, high-energy shock waves passed through the body to break up stones so they can be passed during urination.

The first stone Taylor eventually passed measured 9 millimeters. Over the years she has been diagnosed with having multiple stones in both kidneys. But they aren’t causing her any problems now, she said, and won’t as long as they stay put and don’t move into her ureters, the tubes leading from the kidneys to the bladder. That’s when kidney stones become very painful.

“There’s no medication and nothing you can do except change your diet,” Taylor said. “It’s just the way my body deals with uric acid. … I’m pretty much a fruit and vegetable eater. Most of my stones are small and pass on their own.”

Dr. David Ludlow, a urological surgeon at Urology Specialists of Nevada, warns that living in the valley’s heat makes people prone to dehydration during the summer. And this coupled with a diet high in sodium and caffeine, makes for a perfect storm to develop kidney stones.

“It’s not that you can’t drink coffee or sodas, you just need to drink more water because they dehydrate you,” Ludlow said. “The easiest thing to do is the eyeball test. If your urine is clear, you are OK. But if it is dark, then increase your water intake.”

“The incidences of kidney stones are increasing everywhere, and a lot has to do with diet,” Ludlow said. “Too much fast food and too much adding salt to foods and too much caffeine are the problems.”

For people who like their steaks, the urologist recommended eating a piece of meat no bigger than a deck of cards. Reducing a portion to this size will lower the amount of calcium oxalate.

Dr. Dale Carrison, chairman of emergency medicine and chief of staff at University Medical Center, calls Southern Nevada the “Kidney Stone Capital of the World.” There’s not a day that goes by that he doesn’t see someone in the ER suffering from stone attacks.

“The key is getting pain under control and getting the patient hydrated,” Carrison said.

Pain medication is immediately administered along with additional medications to control vomiting caused by nausea. A CT scan is then conducted to determine whether the kidney stone, or stones, are stuck in the ureter.

Dr. J.D. McCourt, medical director of University Medical Center’s Adult Emergency Department, said besides pain medication, he also administers a nonsteroidal anti-inflammatory such as Toradol to relax the ureter and stop spasms, intravenous fluids for dehydration and a bedside ultrasound to see whether the kidneys are swollen. Swollen kidneys would suggest obstruction in the ureter.

From the time a patient comes into the emergency room at UMC, McCourt said diagnosis and treatment could take from one to two hours. Then, patients are sent home with pain and nausea medications to help while they wait for the stone to be passed.

“Most stones are 2 millimeters in size,” McCourt said. “All of us are prone to get kidney stones. There are just some people who are more at risk. … Any stone over 2 millimeters will get stuck in the ureter and you will have pain. Most stones will pass, but if not there are other procedures that can be done.”

Common symptoms for kidney stones include back pain, nausea, blood in the urine and constant urination when stones are moving down the ureter. Once someone has passed a kidney stone, Ludlow said that person has about a 50 percent chance of having kidney stones in the future.

Besides diet, he added that heredity, certain medications and certain diseases can affect whether someone will develop kidney stones. Taking diet pills to lose weight also increases the risk of developing kidney stones because they usually contain caffeine.

On average, Ludlow said he treats between four to five individuals a day for kidney stones. For people with a history of developing kidney stones, the urologist recommends doing a metabolic work-up, which would consist of a blood draw and urine tests.

“There also does seem to be a correlation between obesity and getting stones,” Ludlow said. “You got to make sure you stay hydrated, especially if you are exercising. … If you draw a line along the Southern states, we call this the ‘Stone Belt’ because of the hot climates where dehydration is common.”

State and federal authorities are investigating outbreaks in Southern Nevada of drug-resistant fungus Candida auris, which an lead to serious illness and even death.