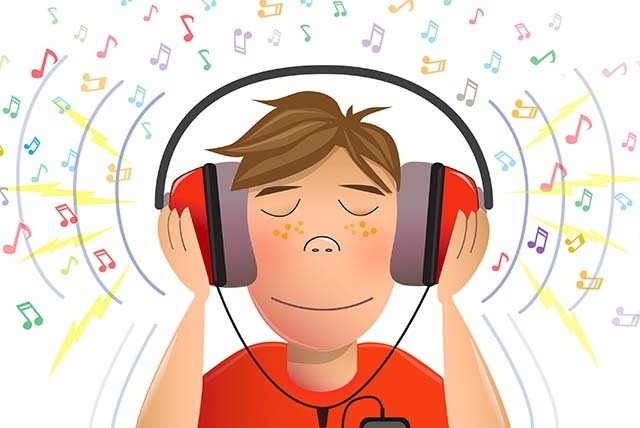 Upside: You, baby boomer parent, and your teenager may finally have something in common.

Downside: What you have in common may be noise-induced hearing loss, you from all those concerts you attended back in the day and your teen from those earbuds that never seem to leave the kid’s ears.

Numbers vary, but one study, published in the Journal of the American Medical Association, found that the incidence of hearing loss in U.S. adolescents ages 12 to 19 increased from 14.9 percent in 1988-94 to 19.5 percent in 2005-06. Nichole Sheldon, an audiologist with the Clark County School District, says some studies even have indicated that about 12 percent of children ages 6 to 19 experience some degree of noise-induced hearing loss.

Here, Sheldon adds, “we have seen an increase in recent years of referrals (for hearing-related issues) coming from elementary age, the fourth- or fifth-grade students.”

Because such students’ hearing loss typically is found in higher-frequencies, she says, doing a thorough case history, it becomes apparent that this is probably an early, noise-induced hearing loss.

That used to be something they hardly ever saw, he says.

“But I think at our four locations, we see two or three (young people) on the schedule each day almost, where it was just unheard of,” he says.

“I think we are definitely seeing more of that group, 20 to 35, and I’ve even seen high school (students) who already are showing hearing loss or complaining of hearing loss,” says Dr. Randall Lomax, who specializes in otolaryngology, which covers conditions of the ears, nose and throat.

What’s behind this unnerving trend? It’s difficult to tease out any single factor, but the consensus is solid that portable music players, and the earbuds used to listen to them, probably play a significant role.

Sheldon notes that earbuds — which are placed directly into the ears — present sound to the ears in a different way than, say, external speakers or even external headphones.

“In the past, we’d listen through our boomboxes with speakers or even headphones that go on top of the ear that allow some of the sound to escape into the environment,” she says. “But with earbuds, we put them deep into our ear canal and the sound doesn’t escape, so it’s all redirected very close to the eardrum, and we tend to turn up the volume a little more.”

While there are portable music players equipped with volume limiters, the sound level from some devices can hit an ear-damaging 100-plus decibels, she says.

Not even very young children are necessarily immune from noise-induced hearing loss. Consider, for example, such toys as rattles and music devices that babies and toddlers may hold right next to their ears. In such cases, Las Vegas pediatrician Dr. Laura Weidenfeld notes, the child may be hearing sounds at potentially ear-damaging levels.

Noise-induced hearing loss occurs when loud or sustained noise damages nerve cells, called hair cells, in the inner ear. While a single loud noise — a firecracker or a gunshot, for example — certainly will damage the hair cells, the cells also may be damaged little by little, over time, by noises that aren’t as dramatic.

Think of it, Sheldon suggests, like stepping on the grass of a lawn.

“Step on it once and the grass kind of comes back up,” she says. “The grass is kind of like our hair cells in the ear. They’re very delicate. You listen to one loud concert and, when you wake up the next morning, your ear may ring and you can’t hear well and, a couple of days later, your hearing is back to normal, but there’s been a little damage.”

But, Sheldon continues, “you keep going back and keep stepping on the grass and, eventually, it’s not going to come back up.”

Similarly, every instance of loud noise will damage the ear’s hair cells just a bit more, to the point that the damage results in obvious, symptomatic hearing loss.

“So every exposure is a cumulative thing,” Sheldon says.

And, in the case of young people who already have begun to experience damage at ever-younger ages, “that’s the thing that’s frightening.”

Anderson notes, too, that noise-related hearing damage can occur either because of volume — that firecracker or gunshot — or “the duration that you’re being exposed to that noise.”

Figure, for instance, loud ambient street noise of about 80 decibels.

“If you’re exposed to that eight hours a day, that’s significant enough exposure to begin the development of hearing loss,” Anderson says. “It doesn’t have to be real loud.”

When a patient complains of hearing loss, an otolaryngologist will first do an examination to rule out infections, obstructive earwax or other potential medical issues. Then, a hearing test will be conducted to pinpoint what sort of hearing losses have occurred.

Often, patients with noise-induced loss will complain of either permanent or temporary ringing of the ears — a condition called tinnitus — or “sensitivity to loud sounds,” says Jennifer Cornejo, audiology director at the University of Nevada School of Medicine.

“They will say, ‘I just have trouble at work. I don’t hear somebody talking from behind me like I used to,’ or ‘I have trouble on the phone, when I can’t see somebody I’m talking to,’ or ‘it sounds muffled.’ Those are early signs that there is hearing loss.”

The frequencies that noise-induced hearing loss hit typically are where the clarity of speech is, Anderson says.

“That’s where the understanding of speech is,” Anderson says. “A lot of people say, ‘I can hear great, but I just can’t understand.’ ”

Sheldon says younger children may have trouble paying attention or understanding what a teacher says during class, or may repeatedly turn up the television’s volume or ask to have things repeated.

The problem with noise-induced hearing loss, Anderson says, is that once you start to notice it, it’s too late.

“So that’s where education is the key, but also having regular screenings,” he says.

Even worse, Sheldon says, is that “once you have damage, you’re more susceptible than someone with normal hearing for further damage.”

Regular periodic screenings can help to detect early signs of noise-induced hearing loss. Anderson recommends that anyone who uses a digital music player or similar device regularly “should have a hearing screening done, and it should be done yearly.”

In the meantime, avoid loud noises whenever possible and turn back the volume on music players and electronic devices.

“If I’m across the room and can hear the sound coming out of your earbud, it’s definitely too loud,” Weidenfeld says. “You want to listen to it as low as you can get and still hear, because when you start getting into full volume it’s like 110 or 120 decibels.”

However, dial it back even further for young children, she says.

“We know that kids, because of the size of their ear canal, the permissible level should be even lower because they’re even more susceptible (to damage),” she says.

Wear ear protection — even the foam plugs available at drugstores can work well — at football games, auto races and other high-volume events, Sheldon says, and, at a concert or nightclub, put some distance between yourself and the speakers.

Parents should limit their children’s listening and might want to consider getting headphones for them that limit volume.

“I’m a parent and I just bought headphones for my daughter that don’t go up past 75 decibels,” Cornejo says.

Note, too, that any sudden hearing loss should be checked out by a doctor as soon as possible.

“You could wake up one morning not hearing from one ear,” Lomax says. “It will feel full, it will ring loud and be very echoey, and unless that’s treated within a certain time frame, that can be permanent. Generally that’s related to a viral infection. So somebody may have a cold or upper respiratory infection and, within the weeks following, the virus essentially attacks the inner ear nerves.”

Anderson says that having to adjust to permanent hearing loss can be devastating at any age, but all the more so for young people.

“We see it quite a bit,” he says. “We see a lot who, in order for them to have a job, they have to have a hearing screening, and a lot are not able to get employment because of hearing loss. They’re not able to hear their children.

“There are numerous negative consequences to that type of hearing loss, and they go through a similar grieving process similar to that of losing a loved one.”