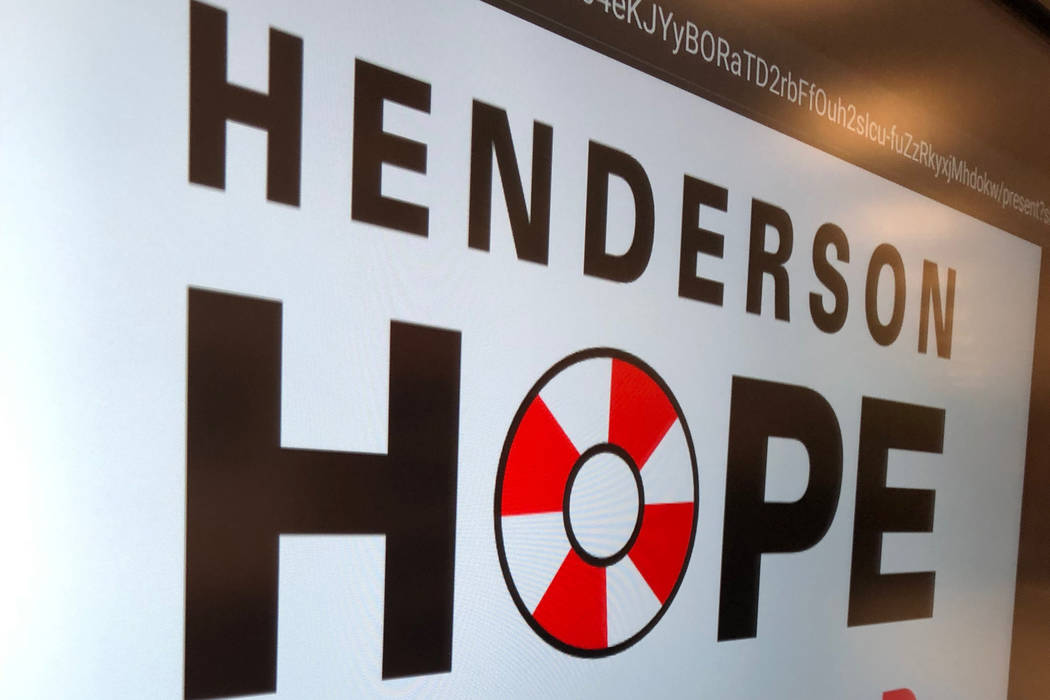 A sign for "Henderson Hope Squad” is pictured during a kick-off event Dec. 9 at Miller Middle School. (Courtesy of the city of Henderson) 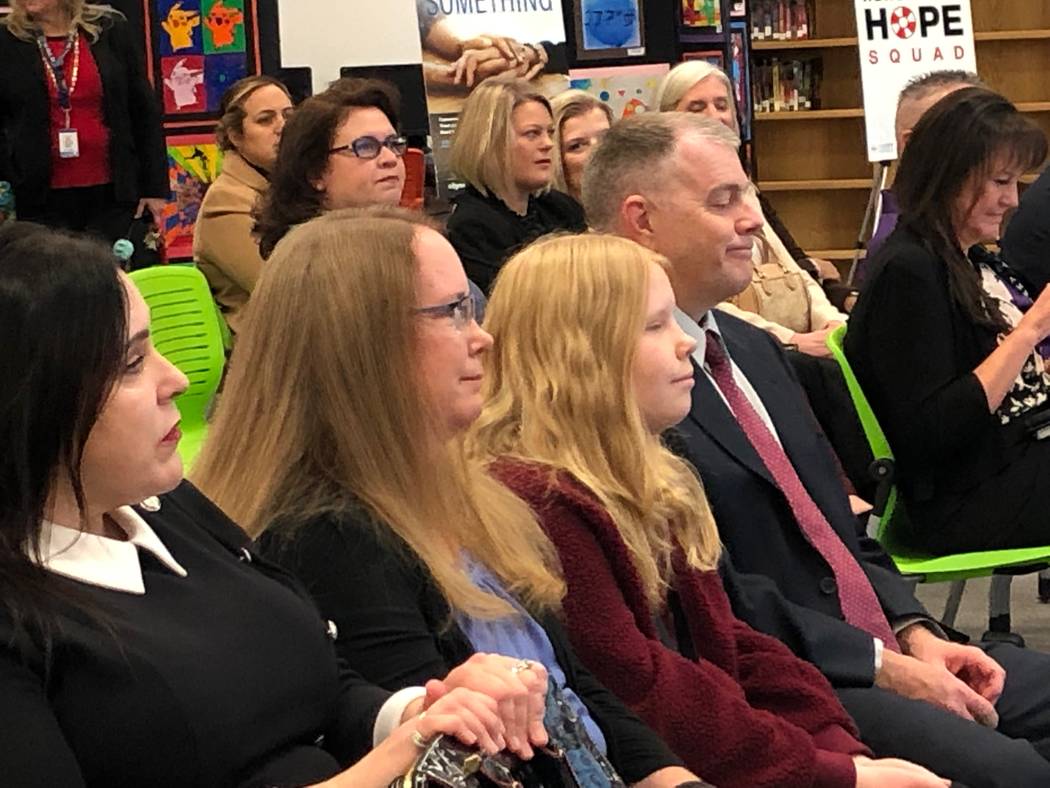 Attendees are pictured at a kick-off event for “Henderson Hope Squad” Dec. 9 at Miller Middle School. (Courtesy of the city of Henderson) 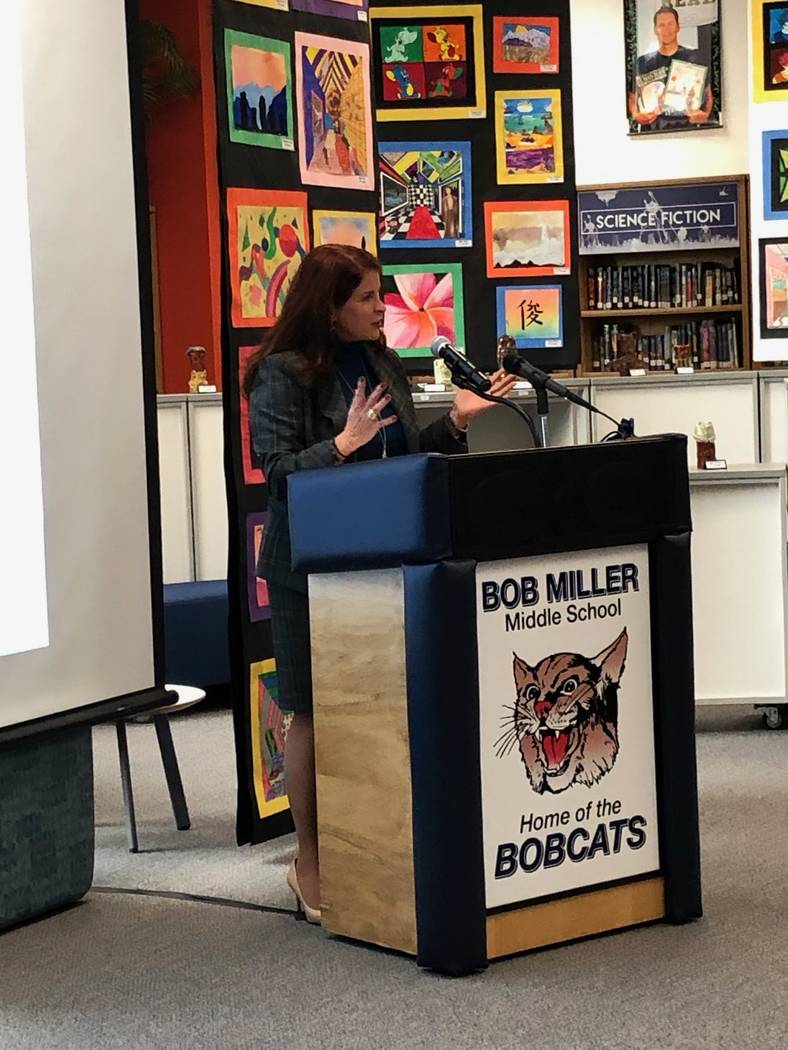 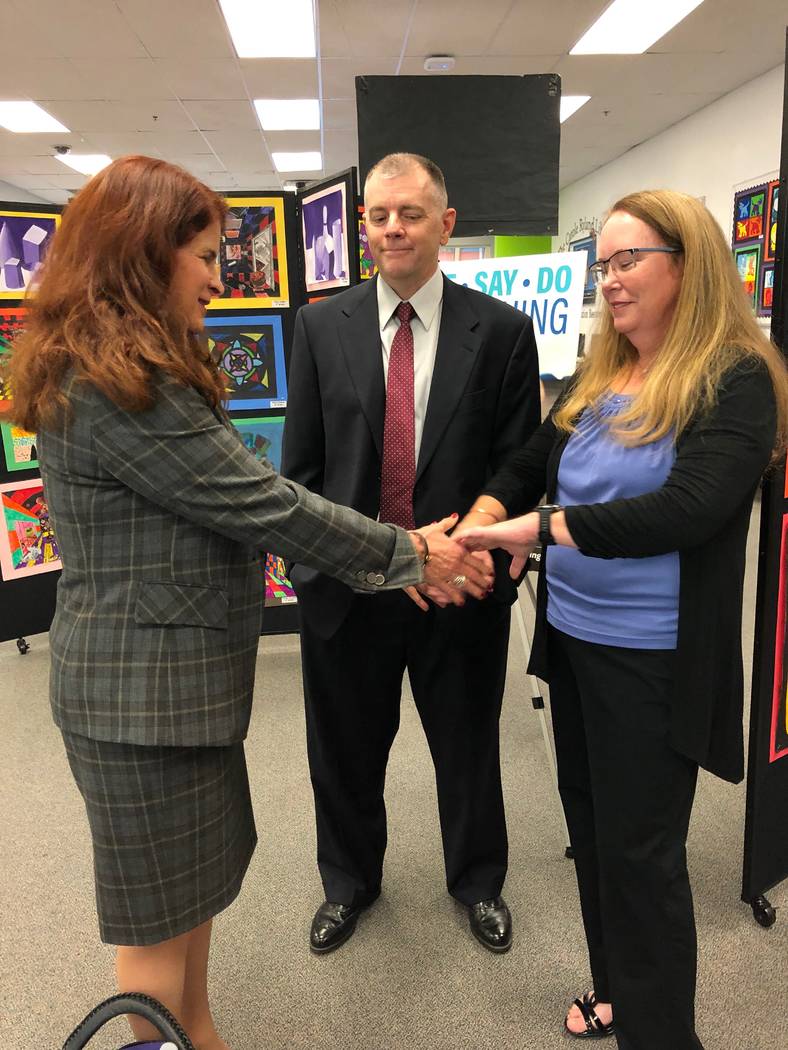 Mayor Debra March is pictured with Melissa and Earl Hawkes, parents of Caera Hawkes, at a kick-off event for “Henderson Hope Squad” Dec. 9 at Miller Middle School. Caera died by suicide Nov. 1, 2018. (Courtesy of the city of Henderson) 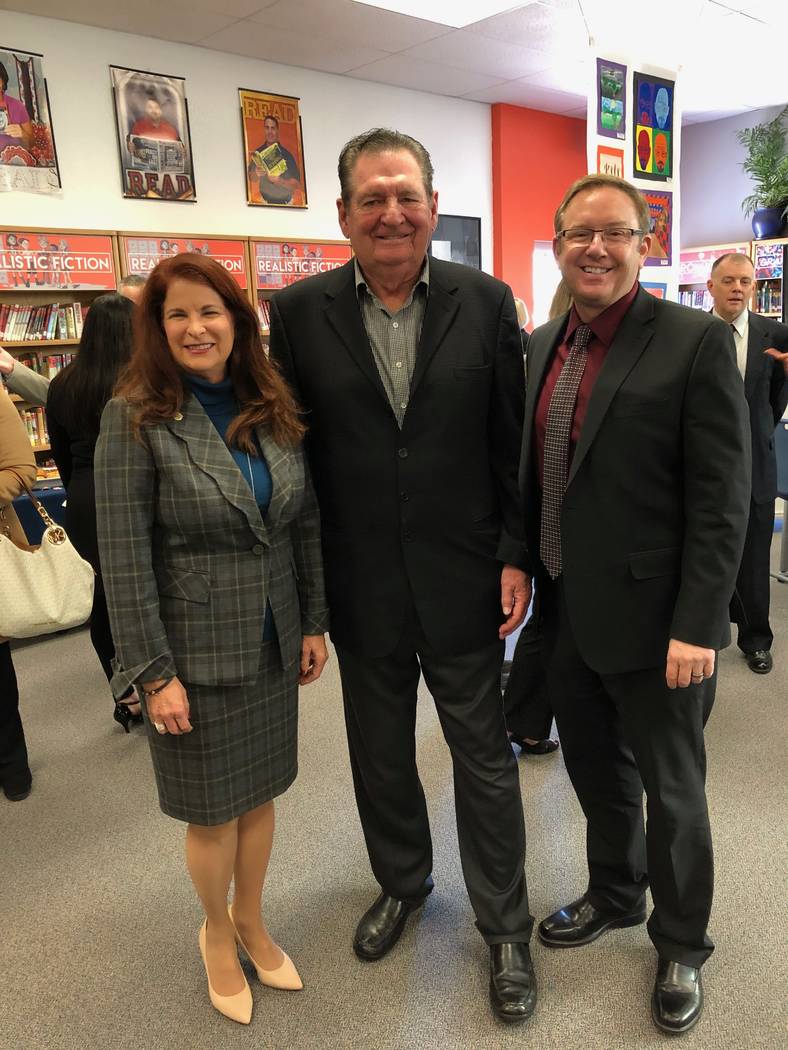 The city of Henderson and Clark County School District are partnering to launch a suicide-prevention program for preteen and teenage students.

Hope Squad is a school-based peer-support program that trains students to recognize when their classmates are struggling with emotional issues and share their concerns with an adult. Schools in more than a dozen states and Canada participate in the program.

The idea to take action came after 14-year-old Caera Hawkes — who attended Miller Middle School — died by suicide Nov. 1, 2018. Her parents were at the Henderson Hope Squad event.

The Las Vegas Review-Journal doesn’t typically name those who die by suicide; it is for this story because Caera’s parents and the city have identified her in conjunction with the Henderson Hope Squad program.

The tragedy “moved all of us,” and Henderson Hope Squad is just a start toward addressing the issue of suicide, Henderson Mayor Debra March told the Review-Journal during a recent interview.

The city has committed to funding the program for at least three years, including $70,000 for the upcoming year, March said.

For Henderson Hope Squad, students at each participating school nominated peers to be part of a volunteer team. Those students will receive 80 hours of training, which began in mid-December.

They’ll learn how to recognize the signs of peers who are contemplating suicide or need a friend, March said.

Students who are in distress, Henderson city spokeswoman Kathleen Richards said, are much more likely to reach out to a friend than an adult.

The city of Henderson is also working to provide mental health resources to its police officers and firefighters, Mayor Debra March told the Las Vegas Review-Journal in a recent interview.

It comes after Robbie Pettingill, a 13-year veteran of the Henderson Fire Department, died by suicide Sept. 17. He was 35.

In early October, Pettingill’s funeral was held at Central Christian Church after a motorcade brought his ashes by Fire Station 97, where he was last assigned.