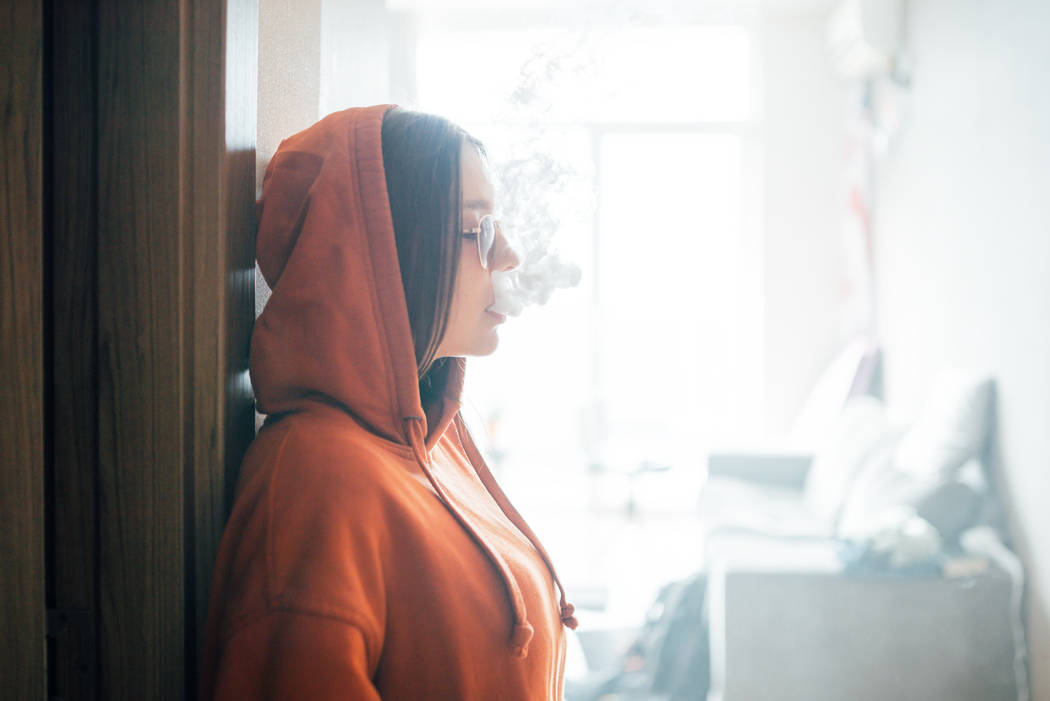 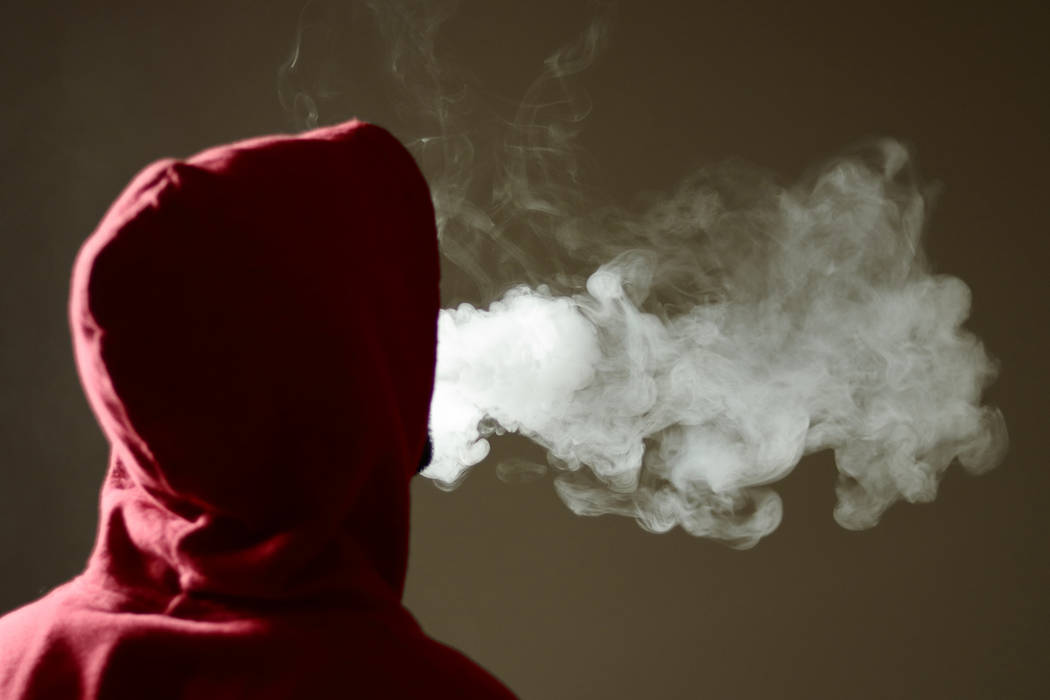 In a Facebook forum for parents, one Clark County mom last week commented on the fraught topic of e-cigarette use by teens and children.

“My son tells me about kids at his school and the junior high next door vaping,” she said. “He’s in fifth grade.”

“Life is navigating a series of choices,” she continued. “We are just hoping if we give them (kids) enough info, they will make the healthiest choices possible.”

But how does a parent get the conversation started?

“Rather than saying ‘we need to talk,’ you might ask your teen what he or she thinks about a situation you witness together,” according to guidance from the U.S. Department of Health and Human Services, the Office of the U.S. Surgeon General and the Centers for Disease Control and Prevention (CDC).

The conversation might start naturally when you pass a vape shop or see someone puffing on a battery-powered electronic cigarette, which delivers an aerosol by heating a liquid that usually contains nicotine, flavoring and other chemicals. Vape customers can select both a flavor and level of nicotine in their product.

“Engaging in activities like going for walks, playing videos games, etc., seems to make it easier for kids to let their guard down,” said Jennifer Spear, a senior health coach for Health Plan of Nevada. “So finding an activity to do together while talking might be helpful.”

Authorities suggest trying to better understand why teens or their friends are vaping in the first place.

Some teens may be vaping for the thrill of defying authority. The stimulant quality of nicotine and the candy-like flavorings also can be appealing. Understanding the reasons for vaping can help to shape the conversation you have with your child, advises Robert Cantor, medical director for UnitedHealthcare.

The aim is to have a conversation, rather than to simply give a lecture on the risks of vaping.

Which is not to say there aren’t risks.

The CDC categorically states that the “use of e-cigarettes is unsafe for kids, teens and young adults.” Most e-cigarettes contain nicotine, a chemical that is “highly addictive and can harm adolescent brain development, which continues into the early to mid-20s.” Using nicotine as a teen may also make it harder to concentrate, learn and control impulses.

“E-cigarettes can contain other harmful substances besides nicotine,” including heavy metals such as nickel, tin and lead, and flavorings such as diacetyl, a chemical linked to serious lung disease.

The federal agencies suggest this language for talking with your teen about these risks: “Right now, your brain is still developing, which means you are more vulnerable to addiction. Many e-cigarettes contain nicotine, and using nicotine can change your brain to make you crave more nicotine. It can also affect your memory and concentration. I don’t want that for you.”

A more immediate concern is that vaping has been linked to an outbreak of serious lung illness across the country. As of Oct. 22, more than 1,600 lung injury cases in the U.S., including four in Southern Nevada, had been associated with the use of e-cigarettes. Nationwide, there have been 34 deaths.

Most of the cases have been associated with the use of THC, the substance in marijuana that creates the high, and with products purchased off the street. But authorities haven’t ruled out nicotine products as possible contributing factors.

Chances are, your teen has friends who are vaping. In 2018, one in 5 high school students reported using e-cigarettes in the past month, according to the federal government.

Nevada’s Department of Health and Human Services in August surveyed adults on vaping. Six percent of all surveyed adults said they were currently vaping, but the percentage jumped to 16.5 percent in 18- to 24-year-olds.

Such statistics suggest that vaping could become to a young generation what smoking was to earlier generations. If parents smoked, they can bring their experiences to the table. A parent might tell a teen, “If I could live my life over again, I never would have started smoking. … Quitting was really hard, and I don’t want you to go through that,” the federal agencies advised.

“If you used to smoke, then you might also think about your own experiences and how it worked for people to approach you (including your parents), and what did or did not work,” Spear said.

Teenagers can be quick to tune out adults, so experts suggest avoiding criticism and encouraging an open dialogue.

“It does take a bit of training to check yourself,” Spear said. “Clearly your motivations (as a parent) are good, but recognizing if anything you want to be there to listen, to help them sort through things.”

For additional insight, it may be helpful to suggest that teens talk to their doctor, a trusted friend or a family member about vaping, she said.

The aim is to keep the conversation going over time, with the hope teens will come to the conclusion that vaping isn’t for them.

More information on vaping can be found at e-cigarettes.surgeongeneral.gov.