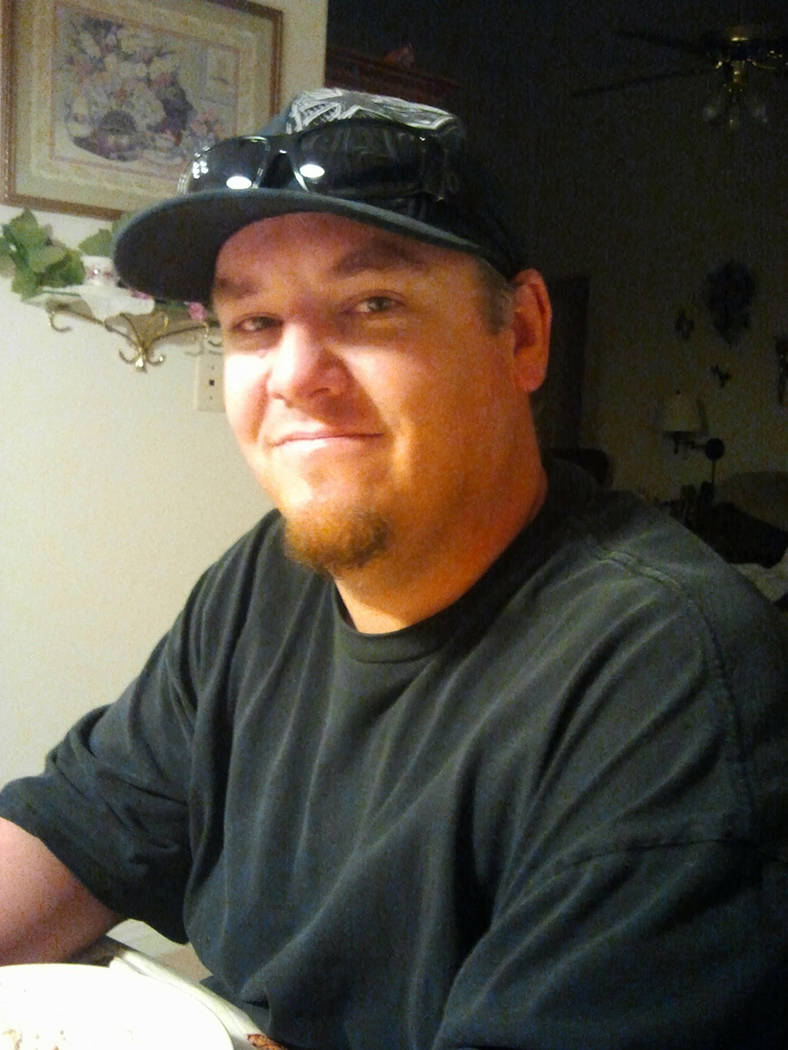 Jacob Delgado says he was tackled, put into a headlock and sedated for no reason. David McCovy says he got slammed to the ground and punched in the eye. And Robby Risher died after intentionally driving his car into a pole.

The three men have one thing in common: They suffered severe mental illness and went to North Vista Hospital for help. The hospital, which also released a suicidal woman last month to an unregulated group home where she died a day later, is known for taking the poorest and sickest patients in Southern Nevada.

But the allegations against North Vista raise questions about the lack of mental health services in Nevada — and a look at what it’s like to be mentally ill in this state.

In 2015, Kenneth Robert Risher — who went by “Robby” — had lost his job as a car salesman. His wife left him and planned to move their two kids out of state. The grandma who raised him had just died. He was losing his house in two days. Within months, Risher’s life had spun out of control and he was admitted to North Vista on a 72-hour “Legal 2000” hold after he threatened to kill himself by driving into a wall.

According to a lawsuit filed by his family, Risher was released 16 hours later without ever seeing a mental health professional. Two hours after discharge, he was dead — he drove his car into a steel utility transmission pole on Commerce Street.

“Robby says, ‘I’m going to get into my car and drive into a pole’ — and they give him his car keys back 16 hours into the hold,” said Dan Laird, a doctor and attorney at Ivy Gage Law Firm, who’s representing the family. “It’s just tragic. We strongly believe that if Robby had been evaluated by a psychiatrist during the time he was at North Vista, he’d be alive.”

In court documents, Laird said, hospital officials defended the decision to release Risher by saying he no longer had suicidal ideations.

“Many patients face multiple disorders that contribute to their mental instability, including drug addiction and substance abuse,” Olson said. “Upon release, even the most stable adult hospital patient can have a recurrence of severe mental health issues.”

But Laird says Risher was kicked out of the hospital because he didn’t have health insurance. The hospital issued him a one-day bus pass after they released him about 8:30 a.m. on March 28, 2015. He texted his “nobody cares” to his wife, with whom he was separated, an hour before he rammed his car into the pole.

David McCovy, who was admitted to North Vista on Nov. 25 after a severe panic attack, claims he was kicked out of the hospital and assaulted in the parking lot. Without seeing a psychiatrist, McCovy said an ER doctor discharged him 30 minutes after the ambulance dropped him off. McCovy, who said he shaking and crying uncontrollably, was in the throes of a mental crisis. He didn’t want to leave.

“I said ‘I don’t feel good and I don’t think I should leave,’” McCovy recalled. “Suddenly, four guys show up. Two of them grabbed me by my arms and two grabbed me by my feet and carried me like a dog to the parking lot of the hospital. They literally tossed me out and slammed me to the ground. I believe someone punched me in the eye.”

North Las Vegas Police were called — likely by hospital staff — and McCovy was arrested and accused of assault on a protected person and trespassing. McCovy, 23, who works for the Clark County School District, has no criminal history. His uncle was a former Las Vegas city councilman.

“I got kicked out and beat up in my underwear with no shoes on,” he said. “And the next thing you know, I’m going to jail.”

North Las Vegas Police Department spokesman Officer Eric Leavitt declined to release the police report because the case is “actively in the courts.” A hearing is set for April 19.

According to redacted documents from the North Las Vegas Justice Court, four North Vista Hospital employees gave “consistent” statements to police that McCovy was “verbally and physically combative.” McCovy said the hospital staff covered for each other and he saw two of them writing their statements together.

A surveillance camera caught the scuffle in the parking lot, but police did not view the tape before arresting McCovy.

Jacob Delagado, an aspiring pharmacy technician who works at a car wash, says a hospital worker — believed to be a amateur MMA fighter Darnell Bumpus — put him into a headlock and sedated him after he cried out for help. Delgado, 23, has suffered from anxiety and depression all his life.

Delgado, who was admitted three weeks ago on a Legal 2000 hold, was released 20 hours later without seeing a psychiatrist. When Delgado asked to call his family, he claims a man believed to be Bumpus told him to shut up and called him a “beaner.” When Delgado continued to protest, he says, the man attacked him inside the hospital room. There are no cameras there.

“He just snapped. He tackled me while I was sitting up and held me down,” said Delgado, adding that he was put into restraints all night.

Bumpus did not return calls for comment. Hospital security and “risk management” officials were called when the Review-Journal attempted to speak with Bumpus at work. Olson, the hospital spokeswoman, said no complaints have ever been filed against Bumpus.

Delgado’s mother, Silveria Caban, was also taken to North Vista Hospital last year for mental breakdowns. On one visit, she said the hospital’s leading psychiatrist, Dr. Kevin Bernstein, required her to stay an extra day — but never examined her or ran any tests. She believes it’s because her Medicaid insurance allowed more days.

Nevada is ranked last in the nation for its access to mental health care, according to Mental Health America. It’s ranked among the highest in suicide rates across the country — about 21 deaths for every 100,000 residents, according to the figures from the Centers for Disease Control and Prevention.

State lawmakers are pushing sweeping reforms — from stiffer regulations for group homes to cracking down on unlicensed “consultants” who make money off transferring mentally ill people to the homes.

“We’re finally having the conversation,” said Assemblyman Michael Sprinkle, who co-chairs the legistative committee on health care. “People are finally realizing that mental health is a core issue to so many of the social ills we’re dealing with today.”